The University of Nebraska-Lincoln on Friday reported that nearly 4 out of every 5 members of its campus community have voluntarily registered their vaccination against the coronavirus.

Three-quarters of students have voluntarily registered their vaccine card with UNL, exempting them from being required to submit a weekly saliva test sample, while 84% of faculty and 76% of staff have reported receiving a shot, according to UNL.

Taken together, UNL’s vaccination rate of 78% rises above the 74% vaccination rate for adults living in Lancaster County, which is among the highest in the state, according to the Department of Health and Human Service’s dashboard.

While administrators say UNL’s COVID-19 mitigation strategy is working and keeping students on campus for classes, the NU Board of Regents heard from about 15 people who claimed the protocols were ineffective or eroding personal liberties.

A handful of people who spoke during the public comment period of Friday’s meeting called on regents to end a mandatory requirement that students get a COVID-19 shot — something NU’s undergraduate campuses in Lincoln, Omaha and Kearney have not put in place.

The University of Nebraska Medical Center is requiring students, faculty and staff be fully vaccinated by Oct. 22, however.

The opposition was organized by Nebraskans for Founders’ Values, an Omaha-based nonprofit pushing for a restoration of what it describes as “Christian-based principles” in American life, that in an Oct. 2 email urged its followers in Lincoln and Omaha to attend Friday’s meeting and provided them with talking points.

Nebraskans for Founders’ Values, which was criticized for displaying a quote from Adolf Hitler in its booth at the York County Fair in August, also organized opposition to Nebraska’s proposed health curriculum standards being considered by the State Board of Education this summer.

The latest focus is on UNL’s Safer Community App, which the university has used since January to inform students and faculty on campus when they need to submit a saliva sample, provide COVID-19 test results, and notify them of potential exposures.

Beginning this fall, UNL students and faculty who registered their vaccination status were cleared through the phone app and not required to submit to testing, while those who did not are asked to submit to regular testing before they gain access to certain campus buildings.

In its email to subscribers, Nebraskans for Founders’ Values said the app is “a direct violation of (HIPAA) which protects the privacy of our medical records,” as well as a violation of students’ civil rights.

Tina Lassek of Bellevue told regents requiring students to get a shot or submit to weekly testing had created two classes of citizens at UNL. She said it opened the university up to a lawsuit for violating the Nuremberg Code, research ethics that arose after the prosecution of the Nazis following World War II.

HIPAA’s privacy rules protect the release of protected health information by health care providers, health insurance companies and related businesses, but do not prohibit businesses, employers or schools from asking about an individual’s vaccine status, a Harvard Health blog from August said.

The Nuremberg Code applies to experimental treatments, according to a USA Today fact check. The COVID-19 vaccines currently available have gone through clinical trials and received authorization from the Food and Drug Administration.

Kathleen Kauth, a former candidate for the Omaha City Council, said the Safer Communities App was an “Orwellian” term for a vaccine passport and a violation of “our inalienable rights that are secured by our constitution.”

Others alleged the data showing the numbers of deaths attributed to COVID-19 vaccines was being hidden, or argued the shots were less effective than natural immunity.

Geoffrey Friesen, an associate professor of finance in UNL’s College of Business, acknowledged the state’s flagship college does not have a vaccine mandate, but asked regents to reject “increasing pressure to mandate these vaccines without any exemptions for natural immunity, and without any real recognition for the very real benefits, but also the very real and documented risks.”

Regents did not respond to any commenters, nor did they take any action with regard to vaccines, vaccine mandates, or the use of the Safer Communities App at UNL.

In fact, Fiddelke said UNL students have applauded the choice they’ve been given — take a vaccine or submit to a non-invasive weekly testing protocol — developed in partnership with the Lincoln-Lancaster County Health Department that has allowed life on campus to start returning to normal.

“We have taken steps to be basically back to our pre-pandemic posture as far as classes,” she said. “But, we’re in the middle of a pandemic; you have to be willing to take steps to do so safely. Most of the students have been perfectly happy to follow the procedures needed to be on campus and in-person."

After Friday’s meeting, UNL Student Regent Batool Ibrahim said there have been some minor complaints about technical issues with the Safer Communities App, particularly early in its deployment, but no widespread opposition to the protocols from students.

Rather, Ibrahim said the Association of Students of the University of Nebraska has fielded some concerns from students about the public health situation on campus after fall break, which is scheduled to take place next week.

UNMC Chancellor Jeff Gold, who has pushed to expand the state’s ability to prepare for and respond to emerging health threats around the world, sat about 15 feet away from the testifiers, listening intently as they pleaded with regents to "follow the science" on vaccines and masks.

Gold said he’s a “strong believer” in providing individuals with sound information and letting them make a personal health decision, but added misinformation and disinformation about vaccines has spread across Nebraska and the country.

Both victims were hospitalized but had not been vaccinated against the virus, officials said.

"As the crisis for UNL begins to recede, I need to manage a family crisis," UNL Executive Vice Chancellor Elizabeth Spiller wrote. "I must return home, to Boston, to care for an aging parent."

The number of Nebraskans hospitalized with COVID-19 remains elevated, averaging more than 400 a day last week. New daily admissions were down slightly, from 48 to 46.

The event will focus on the launch of the James Webb Space Telescope.

"The Lt. Governor has tested positive for coronavirus," spokesperson Justin Pinkerman wrote in an email. "(Mike Foley) has mild symptoms and is self-isolating as he recovers."

The new testing regimen will affect roughly 6,000 students, faculty and staff, UNL said, and has the support of the Lincoln-Lancaster County Health Department.

Chancellor Ronnie Green said the emergence of new and potentially more transmissible COVID variants led to the change in UNL's approach for the coming semester. 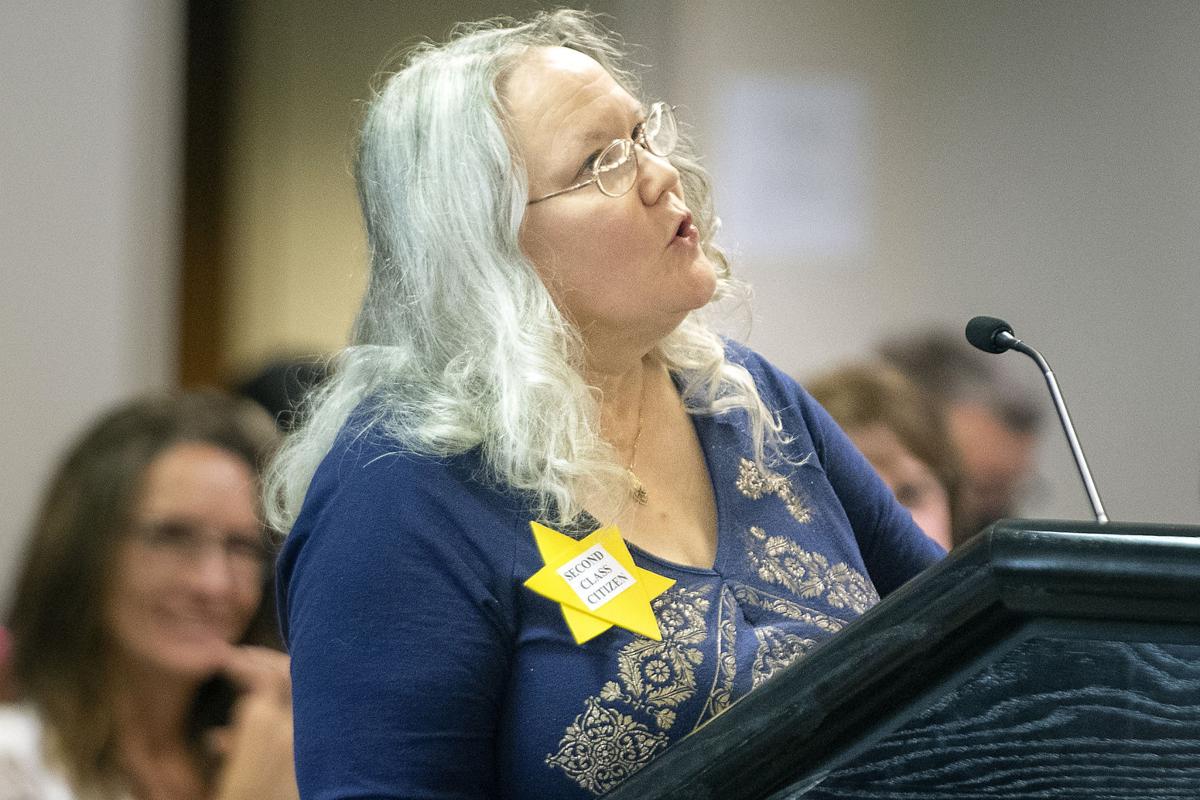 Tina Lassek compares the University of Nebraska Safer Community App to being a "second-class citizen" Friday at a Nebraska Board of Regents meeting. 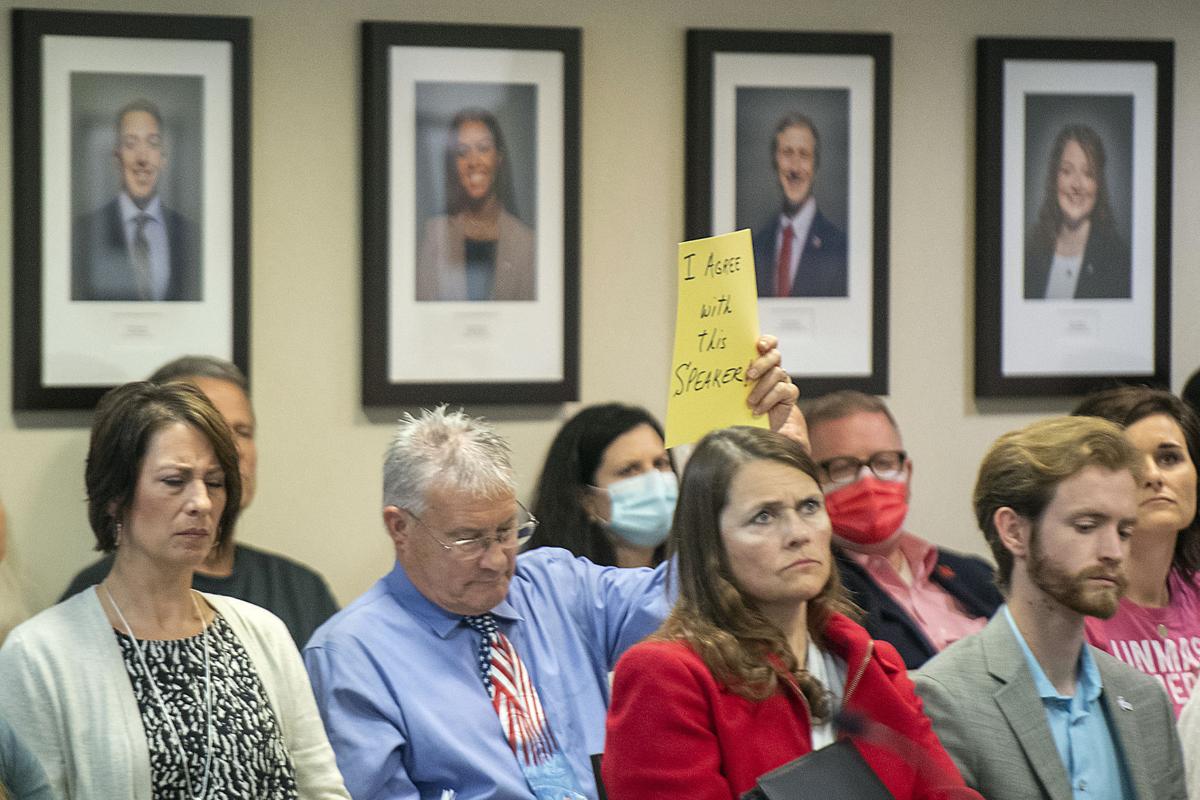 During the NU Board of Regents meeting Friday at Varner Hall, a man holds a sign indicating his support of a speaker during a public comment period largely against the NU's  Safer Community App. 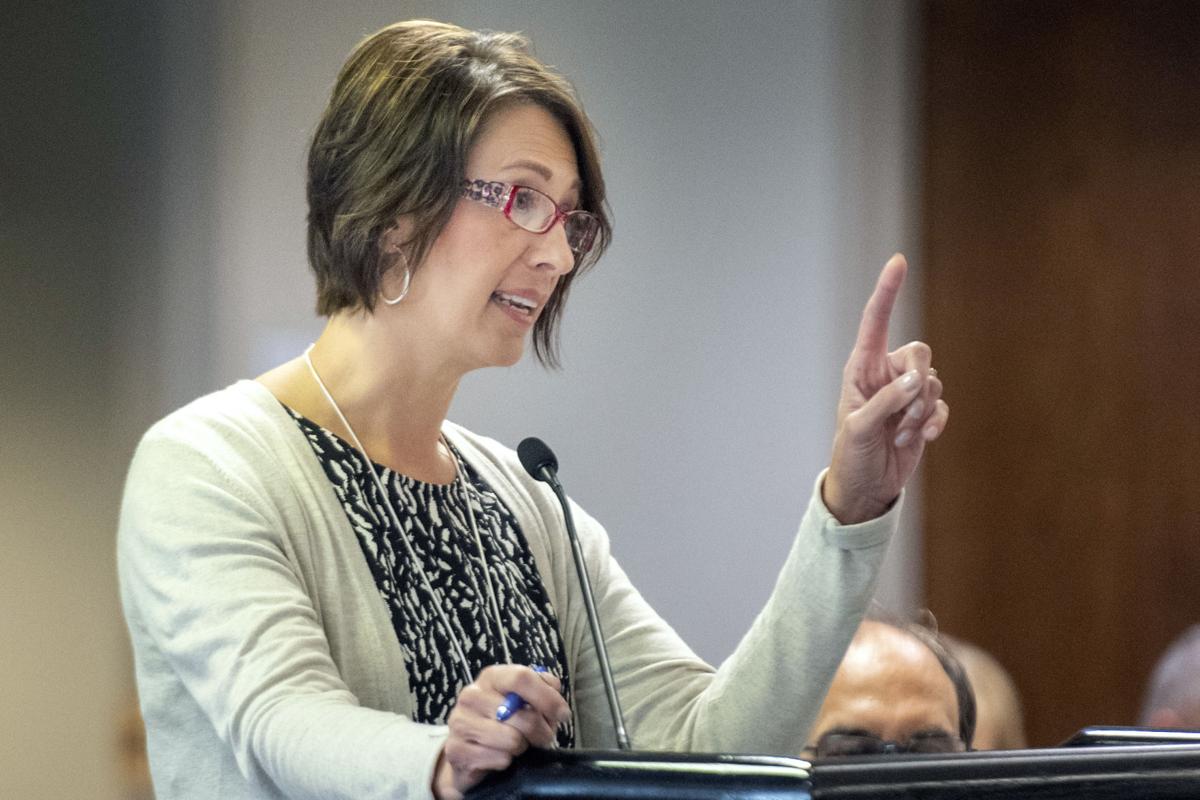 Ruth Schneider speaks out against the University of Nebraska Safer Community App during the public comment period Friday at Varner Hall.