As critics call for abolishing Greek system, members say fraternities are key to stopping sexual assaults
0 Comments
Share this
1 of 2 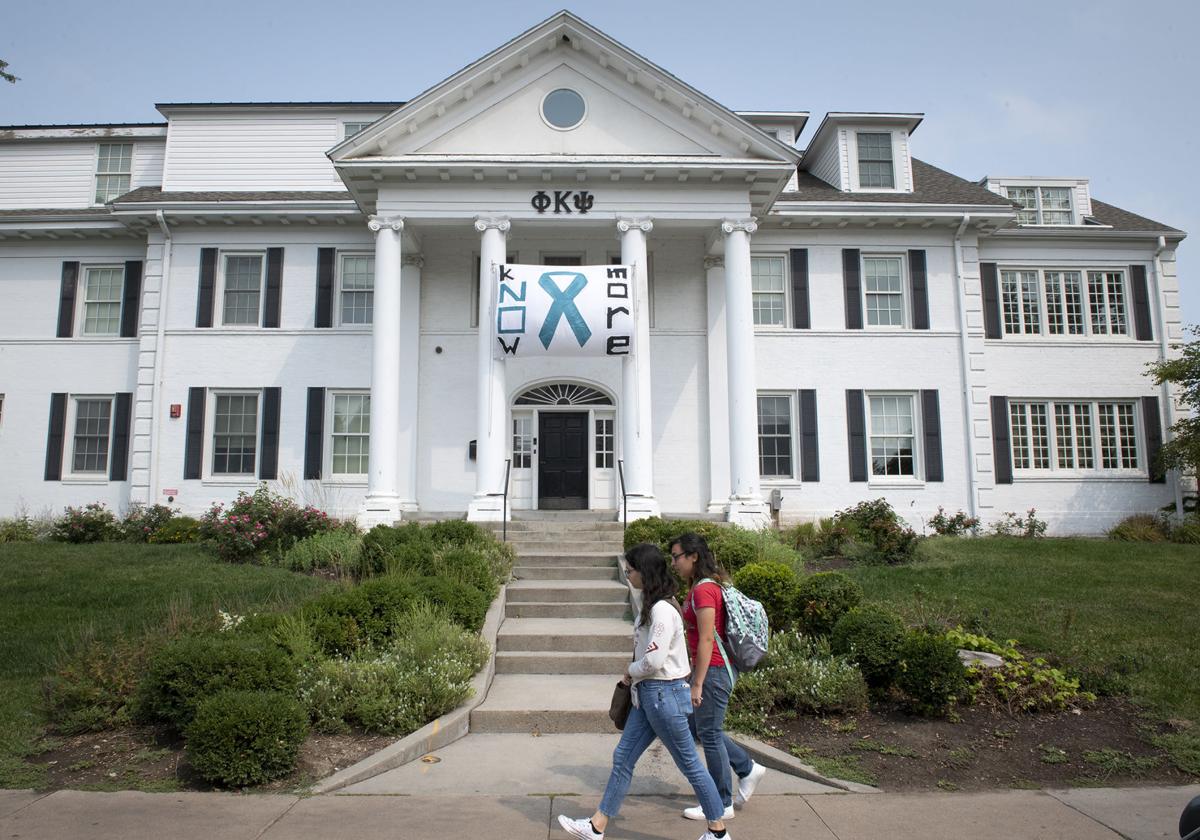 Fraternities and sororities across the University of Nebraska-Lincoln, including Phi Kappa Psi, sport banners in support of sexual assault survivors following an alleged rape at a Greek house on the first day of classes this fall. 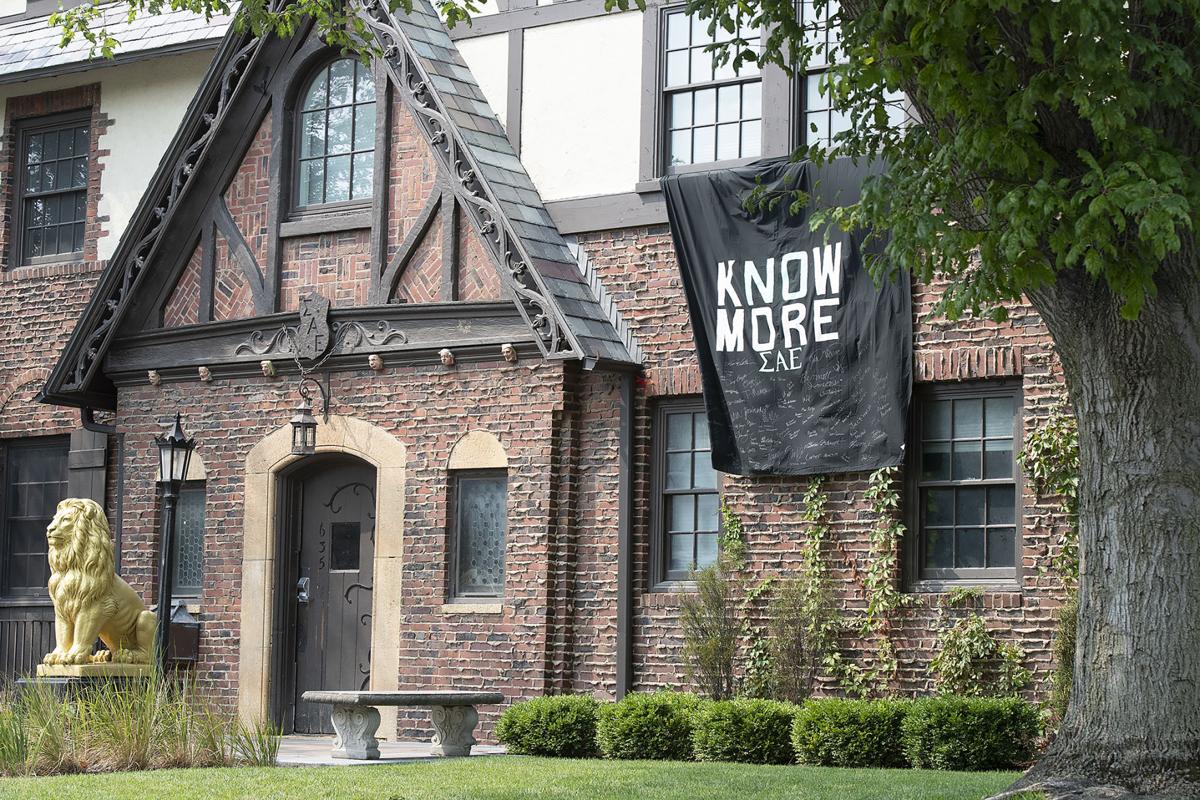 A "kNOw MORE" banner hangs outside the Sigma Alpha Epsilon fraternity house. Members say the Greek system can provide leadership in stopping sexual assaults on the University of Nebraska-Lincoln campus.

Among the messages conveyed during protests of the Phi Gamma Delta fraternity at the University of Nebraska-Lincoln, where a sexual assault was reported on the first day of classes, is the charge that Greek culture itself was at fault.

During the protests and vigils that followed, several women identified themselves as survivors of sexual assaults perpetrated by fraternity members going back several years. Others shared they were warned as first-year students of which Greek houses to steer clear of.

While attention was focused on Phi Gamma Delta — better known as Fiji, which was suspended by UNL leaders after a 17-year-old student reported being raped by a 19-year-old member — many called for reforming the Greek system, or abolishing it altogether.

Both should be on the table for UNL leaders, according to John Grinvalds, a May graduate who now lives and works in Omaha, as police continue their investigation and the university bolsters services for sexual assault survivors.

Grinvalds said fraternities and sororities, as institutions, are places where power and wealth are concentrated on college campuses, creating exclusive spaces where members are conditioned to keep secrets and, above all else, be loyal to their organization.

In an op-ed published in the Omaha World-Herald last week, Grinvalds described fraternity parties as places where women are herded into crowded basements and plied with free alcohol, creating situations where lines are easily blurred and boundaries are routinely violated.

“It’s a crisis in Greek life,” Grinvalds said. “This system of benefits lends itself toward rape culture, and rape culture permeates fraternities.”

But student leaders within UNL’s Greek system — which accounts for roughly 1 in 5 of UNL’s more than 25,000 students — say their organizations have been maligned.

Of the 48 sexual assaults reported to UNL police since 2015, nine have occurred in Greek housing — or about 19% — while 24 occurred in residence halls.

Mark Nusterer, vice president of the Interfraternity Council at UNL, said contrary to the views shared during protests last week, Greek organizations have become the most effective vehicle on campus for combatting sexual assault and misconduct.

The anger shown toward the Greek system has been both uninformed and unproductive, Nusterer said, and would be better directed into supporting victims and expanding services on campus — activities he said fraternities and sororities are already doing.

“Greek life is the solution," said Nusterer, a junior chemical engineering major from Columbus, Indiana. "We’re the trendsetters; we are the ones pushing for change.

“Abolishing Greek life would be the easy way out and wouldn’t solve the problem.”

Nusterer and Interfraternity Council President Erik Goodwin filmed a public service announcement urging students to do more to stop sexual assault, and said the Greek system is working to expand support for victims.

Other Greeks, including Olivia Minderman, a first-year student from Omaha, have launched an awareness campaign following the allegations made against a member of Fiji.

Minderman said she had been considering starting the “kNOw More” campaign before she arrived at UNL, but once she pitched the idea to her sorority president, the idea quickly took off.

Several fraternities and sororities have hung banners — homemade on bedsheets or printed — on their houses, and the fledgling organization has sold more than 850 shirts, with the proceeds being donated to Voices of Hope, which provides resources to survivors of sexual assault.

Minderman said she wanted to channel the energy of the protests into something productive for survivors, and said the effort has led more women to come forward with their own stories.

“We are normalizing the conversation and getting to a place where people can talk openly about these issues,” she said.

Mia Soulliere, a fourth-year student from Omaha and the president of the Panhellenic Council, the governing body for sororities at UNL, said the goal is to turn recent events into “lasting, positive change.”

Greek organizations are designating representatives to the university's Center for Advocacy, Response and Education from each chapter, and working on policies that would create mandatory education and training requirements for members — changes the Greek leaders say are necessary.

It will be up to future Greeks to keep the momentum moving forward, Soulliere said, and ensure any changes become ingrained in the system.

The Greek members said they want to be leaders in addressing the issue of sexual assault on campus, and said they would hold accountable those organizations found to be in violation of campus policies and state law.

But they were skeptical of calls for more oversight from the university, which recognizes their houses as residences but doesn’t exercise control over the activities there.

Grinvalds said UNL needs to step in if it wants to get serious about addressing sexual assaults on campus.

He suggested administrators could downsize the influence Greeks have at UNL — similar to action taken by Harvard University, which largely ended the fraternity and sorority system — or enact new policies raising the standard to be recognized by the university.

Grinvalds also said smaller steps could be taken, including moving recruiting — the so-called “red zone,” when sexual assaults are more likely to occur — to the spring from the fall, requiring chapters to submit to additional monitoring to ensure they are following campus guidelines regarding alcohol use, and adding nonGreek members to governing councils to inject an outsider’s perspective.

UNL has historically been supportive of the Greek system — Chancellor Ronnie Green was a member of Alpha Gamma Rho, and has sat on the organization’s national board — and has previously taken steps to assuage current and alumni members who voiced concerns following a wave of suspensions.

Since then, several fraternities have ended the pledge process, a step taken to cut down on hazing, and banned hard liquor at events to prevent binge drinking.

Membership in Greek houses has increased from 3,617 students in 2013-14 to nearly 4,400 students last year, down slightly from a recent peak of 4,454 in the 2019-20 school year. Those trends generally mirror UNL’s overall enrollment.

Within the first two weeks of the 2021-22 school year, however, two fraternities are under suspension while reported sex offenses are being investigated, which experts say is evidence that not much has changed.

Karen Truszkowski, an attorney from Michigan whose practice largely revolves around women suing institutions of higher education — she is part of the legal team representing several student athletes who sued UNL last summer — said the absence of serious consequences doled out to fraternities allows misconduct to continue happening.

“At some point, there has to be a general feeling of, ‘We better not do this or this is going to happen,’" Tuszkowski said, "and I just don’t see that.”

Goodwin, a fifth-year business management major from Kansas City, Missouri, said the Greek system is working to improve itself and the campus as a whole.

“We take this incredibly seriously,” he said.

Just as protests began to wind down, the crowd was informed a man had been tased by a Lincoln Police Department officer. That prompted many to march to the area of 11th and O streets, where they confronted officers and surrounded police cars.

A total of nine Greek houses, including eight sororities and one fraternity, have moved to quarantine after clusters of COVID-19 were discovered among their house members.

The Nebraska State College System, with campuses in Peru, Chadron and Wayne, enrolled 6,316 full-time students this year, an increase over the 6,193 students who enrolled full time last fall.

The belated report marks the 84th reported rape or attempted rape at UNL since September 2015, campus police archives show. The case is listed as inactive on the university's crime log.

The 24-year-old was arrested in July -- 12 days after he offered a 17-year-old girl $500 for sex in his University Suites dorm room, according to court records.

Advocates had raised $10,960 by selling "kNOw More" T-shirts in the wake of an alleged sexual assault at a UNL fraternity house, but organizers of the fundraiser were defrauded by someone posing as a member of a Lincoln nonprofit.

The sharp increase stems from a student who reported being subjected to unwanted sexual touching by a partner an estimated 10 times while they were dating, police said.

The suspension comes nearly two months after a member of Phi Gamma Delta was accused of a sexual assault at the chapter house, prompting a series of protests.

Fraternities and sororities across the University of Nebraska-Lincoln, including Phi Kappa Psi, sport banners in support of sexual assault survivors following an alleged rape at a Greek house on the first day of classes this fall. 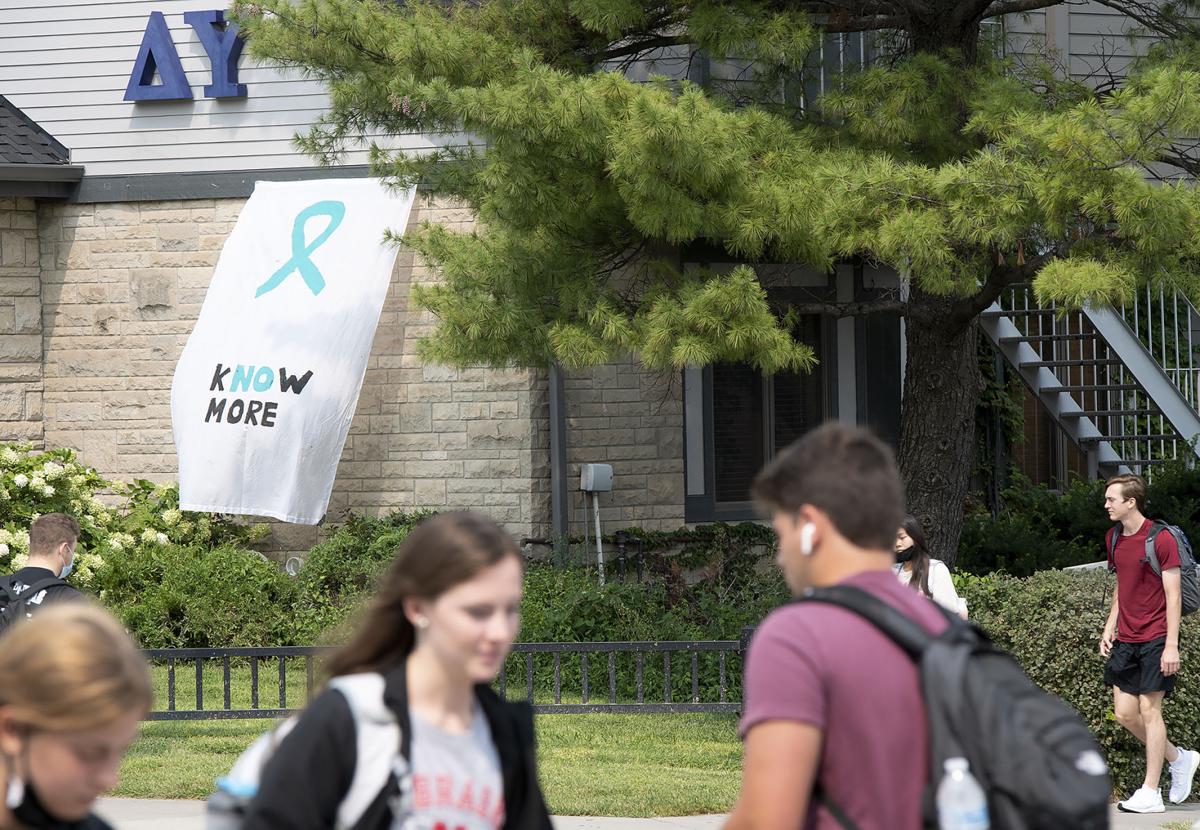 A "kNOw MORE" banner hangs outside the Sigma Alpha Epsilon fraternity house. Members say the Greek system can provide leadership in stopping sexual assaults on the University of Nebraska-Lincoln campus.