The fear is familiar.

In the days after the country elected a president who built his campaign on erecting a wall on the border, creating registries for Muslim immigrants and deporting millions, Lincoln Public Schools Superintendent Steve Joel met with the district’s bilingual liaisons.

Those are the folks who work with the 3,200 students in LPS who speak 68 different languages.

They represent the children who have fled war and violence and years in refugee camps to make their homes here. More than a third of those students come from Iraq. Hundreds left refugee camps in Thailand and fled violence in South America. They are from Mexico, Vietnam, Sudan and more than 100 other countries.

Many are here legally. Some are not. And the president-elect’s rhetoric scares them.

“I saw the same pain and fear in their eyes that I saw in Grand Island,” Joel said about his meeting with the liaisons.

What happened in Grand Island a decade ago is one well-documented day in the nation’s history of immigration enforcement. Joel, then superintendent of Grand Island Public Schools, was in the middle of it.

At the time, Grand Island was among the cities in Nebraska undergoing a cultural and demographic shift. The 1980s farm crisis sparked an exodus from rural Nebraska, and the meatpacking plants prompted an influx of Latinos and other minorities. It changed storefronts and churches and schools, where by 2006 minorities comprised 42 percent of the district’s enrollment.

That created tension. The raid created chaos, and the memories from that day remain vivid for Joel.

He took a stand, holding press conferences to assure families that schools would do everything they could to protect students, while ICE agents led workers out in shackles, put them in temporary “jails” and transferred them to a processing center in Iowa.

Agents took anyone who didn’t have documentation with them — even those with authorization to work, Joel said, while teachers and administrators scrambled to figure out which students had parents who worked at the plant.

The district set up a temporary shelter at a middle school after the school day and hundreds of teachers offered to let students stay with them.

In the end, about 165 students had a relative detained — 25 who had two parents missing — and school officials made sure each one left with an adult they knew and trusted. In the coming days, families were afraid to come to their doors, and many students didn't come back to school, Joel said.

That’s why -- 10 years later -- Joel wanted to assure the liaisons and the families with whom they work that he’d do whatever he could to protect students, whatever might happen.

“I said ‘you tell your families we are going to do everything we can to protect their children and their right to an education and we want them in school and we’ll commit whatever resources we need to commit to make sure school continues to be a safe place,’” he said.

Joel garnered national attention for his reaction to the raid and since Donald Trump’s election night victory, he’s gotten calls from around the country seeking advice.

The fear is mixed with a lot of uncertainty.

“That’s the complex dynamic,” said Darcy Tromanhauser, Nebraska Appleseed director of immigrants and communities. “Some of what’s been said is really worrisome and would tear apart our families and communities locally but we don’t know what’s going to be proposed.”

As an advocate, Tromanhauser finds the focus on border control rather than much-needed broad immigration reform frustrating.

“We have a lot of good people and contributing members of our community that are just caught up in an antiquated system,” she said.

But that’s not the message from the president-elect, and advocacy groups in Nebraska are working together to find ways to reach out to people who may need legal counsel or other services.

Milo Mumgaard, executive director of Legal Aid of Nebraska, said his organization is working with community centers in Lincoln to connect with people and refer them to the services they need.

The need for legal services, he said, will likely increase. If Trump rescinds Obama’s Deferred Action for Childhood Arrival program, more than 3,000 young adults in Nebraska would need legal representation, Mumgaard said. DACA allows young adults who came to the United States as young children to get a two-year deferment from deportation and be eligible for a work permit.

It’s hard to know what might happen, but Mumgaard doesn’t think a wide-ranging action like workplace raids are out of the realm of possibility.

Politics was the driving force behind the Swift raids in 2006, he said.

“The bottom line is they had to show they were willing and able to enforce the immigration laws,” he said. “You look at the politics a decade later and we’re still looking at the same issues and it wouldn't surprise me if there was another Swift raid coming down the pike.”

In the 1990s and early 2000s, federal immigration authorities cracked down on industries that relied heavily on immigrant labor -- industries like meatpacking plants that actively recruited workers from Mexico.

Those workers were easily exploited by companies, Mumgaard said.

In the late 1990s -- before electronic verification systems were used by employers -- ICE conducted efforts such as Operation Vanguard in Nebraska, Iowa and South Dakota, comparing company records to INS and Social Security documents to come up with lists of "suspect" employees.

Just 34 people were deported in Operation Vanguard, but thousands left their jobs and that hurt productivity. The backlash from business, agricultural lobbies -- as well as immigration advocates -- was strong.

Between 1999 and 2003, federal immigration officials scaled back work-site enforcement operations by 95 percent, according to a 2006 Washington Post story.

Following the Swift raids, low-key enforcement continued and -- despite the campaign rhetoric -- deportations reached an all-time high during the Obama administration.

Joel remembers the fear, disruption and divisiveness of a decade ago, as well as the good it brought out in people who stepped up to help families being torn apart.

And he'd do the same thing he did a decade ago, without hesitation. But it's important to remember it hasn't happened yet and he knows campaign rhetoric doesn't always become the law of the land.

"The truth of the matter is I want to have more faith and confidence in the government, which has done this before and had these really horrible results,” he said. “I mean is that the message we want to send out? To me, I would be surprised if it was on the same scale.”

School crossing safety examined in wake of student being hit

A few minutes before and after school each day -- when 500-some students are crossing streets and traversing parking lots, getting in and out …

Baier to run for re-election to LPS board

Barbara Baier will run for re-election to a fourth term on the Lincoln Board of Education representing northwest Lincoln’s District 3.

Students in We the People competition flex their constitutional knowledge

There’s an old candy machine sitting in the East High School library, a call-back to a generation none of the students walking the halls remem…

Refugees, faith leaders and an undocumented immigrant encouraged a crowd of 150 gathered for a vigil in downtown Lincoln Thursday night to con…

The father of a Park Middle School student is suing Lincoln Public Schools, alleging his daughter was severely beaten by another student becau… 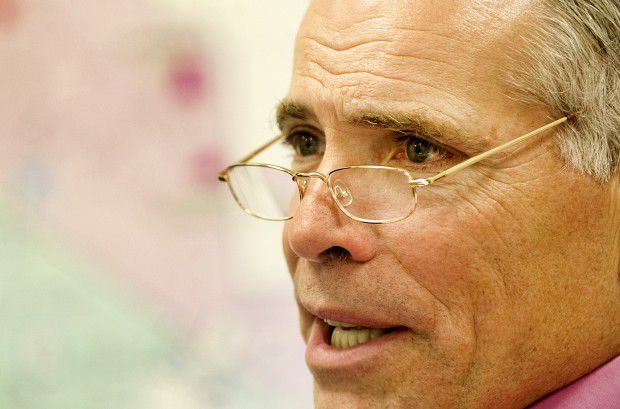 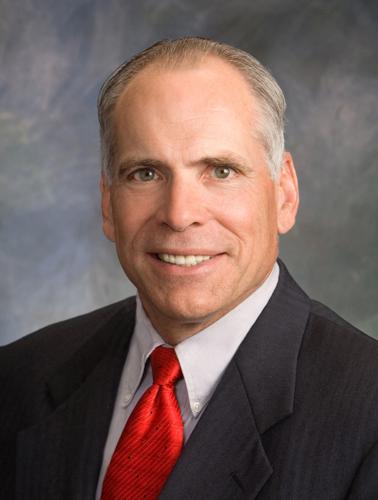