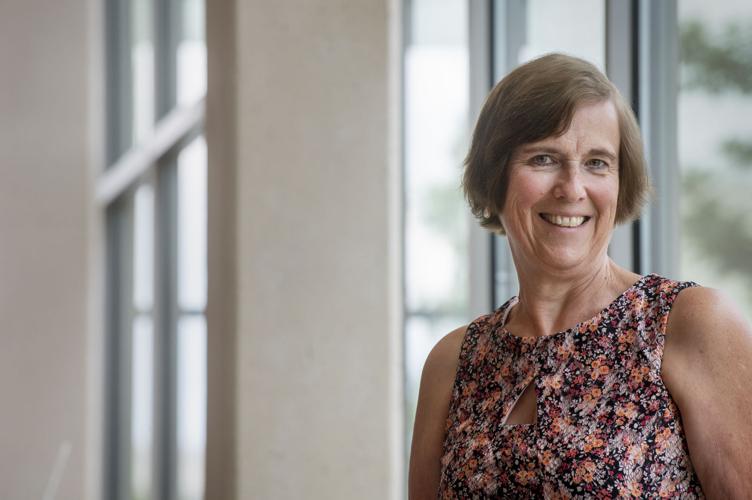 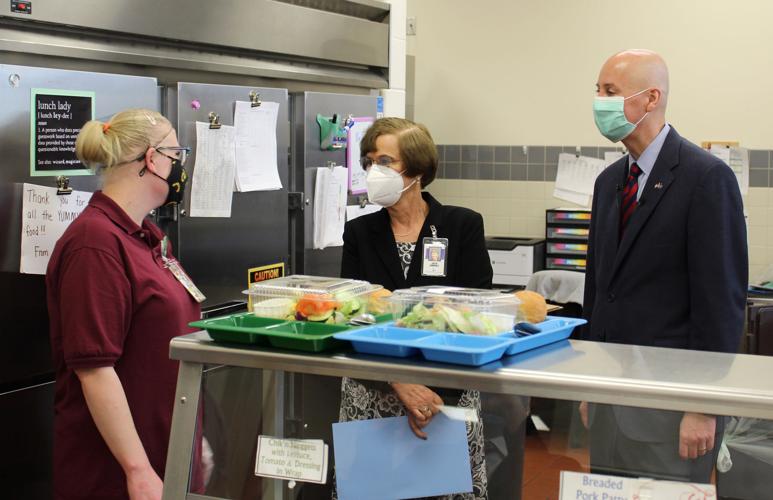 For the past three decades, Edith Zumwalt's world has been one of numbers and nutrition.

Ask her, for example, just how many lunches Lincoln Public Schools will serve this school year, she'll turn to her time-tested formula (Farmer's Almanac consulted to predict snow days) as she zeroes in on an answer.

Here's another number Zumwalt has at the ready: 31, the number of years she led the district's nutrition services department — responsible for feeding Lincoln's learners — before retiring Wednesday.

Thirty-one years of overseeing a number of changes in the district — from doubling the size of her department to absorbing changes to increasingly tighter federal regulations.

"When I first started it was one choice per lunch. Things were very limited. It was lunch tickets, no computerized anything," said Zumwalt, who hails from Wisconsin.

Some things have stayed the same, though — LPS' cafeterias still serve classics like chicken nuggets and cheese pizza. The only difference is those options are much healthier than in the past, Zumwalt said, thanks in part to Food and Drug Administration guidelines. The chicken nuggets have whole-grain breading. The cheese on the pizza slices is low-fat. Everything is portion-controlled.

"School lunches are considered the healthiest food kids can eat," she said, "and I believe that is true."

What else is on the menu — now available digitally — these days?

More fruits and vegetables sourced from around the area and more specialized meals to meet students' dietary needs. In short, more and more options.

"We always want to see children are healthy and are prepared to learn," she said.

So, just how many school lunches has the district served since Zumwalt took over in the early '90s?

And that's one of the hallmarks of LPS' meals operation — nutrition services is a self-sustaining department. It doesn't rely on money from the general fund and has actually paid into it — nearly $22 million to cover expenses such as gas, water and lights in the school kitchens during Zumwalt's tenure.

"We try to run it like a business," she said.

When LPS' three new schools open, the equipment in the kitchens — costing almost $3.5 million — will also be paid with nutrition services funds. Zumwalt's overseen the design and opening of 32 new kitchens.

The whole time, she's kept her budget in the black.

Classroom sizes will increase slightly across LPS under $463M budget

Zumwalt got into school nutrition and food service after spending time as a home education teacher and had her first job in food service in a small Idaho district. She later worked for Chicago Archdiocese schools before coming to LPS.

What drew her to helping feed students?

A love of education and an interest in numbers, of course. She likes placing orders and organizing distribution — summer is an especially crucial time for that.

As Zumwalt wrapped up her tenure, she was busy ordering millions of dollars of food for the upcoming school year, much of it nonperishables. During the school year, the department will order nearly $250,000 of food a week — for breakfasts, lunches and afterschool snacks.

The operation to prepare that food, which Zumwalt envisioned herself, is an impressive one.

Each elementary school has what is called a finishing kitchen that receives entrees frozen or refrigerated from the district's central kitchens at Lux, Scott, Schoo and Moore middle schools and Lincoln North Star, Lincoln Northeast and Lincoln Southwest.

The central kitchens can cook and bake food — like hundreds of pounds of taco meat and trays of cinnamon rolls — en masse. The finishing kitchens then prepare the food on-site, heating up meals and cupping their own fruit, for example.

"The advantage is you have consistent food," she said.

Overseeing that massive operation now falls to new hands: Andrew Ashelford, a supervisor in the department, succeeded Zumwalt as director.

The Lincoln native started working in food service when he was just 15 at a Russ's Market, he said, and later studied dietetics at the University of Nebraska-Lincoln. Ashelford also interned at a prestigious school nutrition program in Sarasota, Florida, before coming back to Lincoln.

"I've been around food my whole life," he said.

As a supervisor at LPS, Ashelford oversaw 100 employees at 19 schools and monitored the federal school lunch programs and regulations. He also coordinated the budget for the district's Fresh Fruit and Vegetable Program. Now, he's ready for a bigger challenge as director, a job he said Zumwalt made look easy.

"The last couple of years we were in a really difficult time, and she stepped up to the plate," he said.

He's referring, of course, to the pandemic.

When schools closed, kitchens stayed open. Over 80 workers were still pumping out meals — 28,000 lunches and 8,000 breakfasts a day — from March to July 2020 for homebound students. And when schools reopened in the fall, nutrition services made sure remote learners were fed, too.

"There definitely was a call to action to keeping students fed," Standish said.

The department's distribution center made that work possible. The large warehouse in west Lincoln, which features industrial freezers and docking stations, contained plenty of food when supply chains were disrupted. The center was Zumwalt's brainchild and one of her proudest accomplishments, she said.

This year, free lunch and breakfast meals will be offered to LPS students through federal funding, the district announced in May. LPS offered free meals last year starting in September as well.

Now, Zumwalt, who describes herself as 65 years young, said she's ready to pass the baton while she still has her health. On the retirement agenda: traveling, bicycling and attending football games.

She's leaving the department in good hands, too — Ashelford has a solid background and understands the department, Zumwalt said. He brings a level of enthusiasm and an understanding of the district's mission, Standish added.

"I'm hoping to continue the success we've had," he said. "I want to stay ahead of the curve."

And while he might not yet be able to rattle off the meal minutiae as Zumwalt can, Ashelford says they do share something in common.

Musical at Lincoln Southwest almost didn't happen, but now it's being nationally recognized

For the third time in the theater department's 19-year history, Lincoln Southwest was invited to the main stage of the International Thespian Festival, held this past week, for its production of "Newsies."

Education roundup: Norris graduate who earned ag scholarship wants to lead the next generation of farmers

Brett Heinrich would like to see incentive programs that reward hands-on work in the field for a length of time, similar to medical programs that encourage doctors to return to rural areas.

Masks will still be strongly recommended for all unvaccinated students and optional for those who are vaccinated. Face coverings remain required for unvaccinated staff members.

When it comes to returning to Lincoln classrooms safely, one data point remains elusive

Just how many K-12 teachers have been vaccinated? If you're looking for a hard-and-fast number in Nebraska, good luck.

"The facts are not red or blue," Jake Bogus said. "And they shouldn't be used as a narrative from politicians or angry parents."

The proposed changes to the district's school meal prices comes amid increasing food costs and inflation. 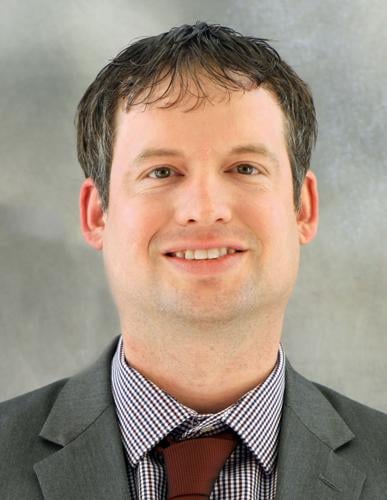