Doomed domes: Church on 84th Street to be torn down
View Comments
Share this
{{featured_button_text}}
1 of 2 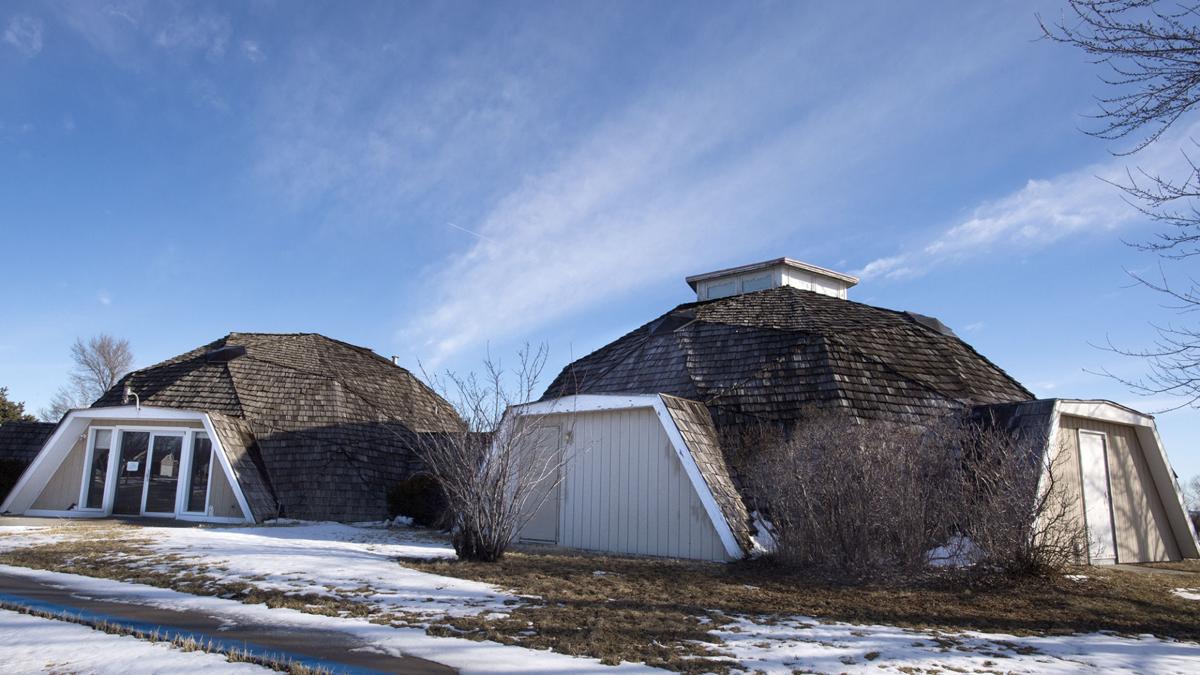 The three connected geodesic domes at 2500 S. 84th St. will soon be demolished, having served for decades as a church. Their acoustics were almost too good, said Tom Swihart, a former pastor at Garden View Assemblies of God. "You had to be careful what you whispered." 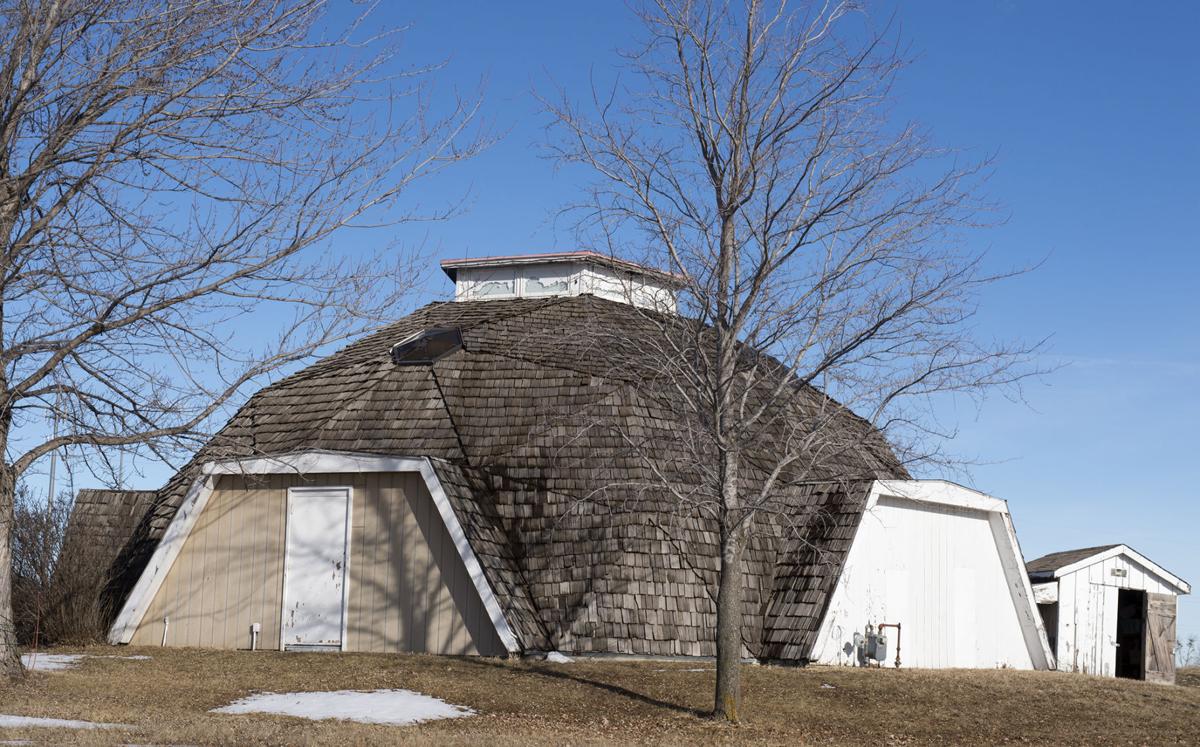 The three geodesic domes that have stood at 2500 S. 84th St. since the early 1980s will soon be demolished.

The strangers would wander into the church, not wanting to worship but to satisfy their curiosity.

“They'd say, 'I've always driven by and wanted to see what it looks like in here,'” remembered Tom Swihart, the last pastor of Garden View Assemblies of God.

He understood. South 84th Street would become known as Church Row, but there would be nothing like the trio of geodesic domes between South Street and Van Dorn to compel strangers to pull in and ask for a tour.

Even his congregation learned to laugh at itself, nicknaming their church The Igloos, The Coconuts and, because they were houses of God, Truth in a Nutshell.

But the domes that have stood for more than three decades and housed several flocks will soon be scraped from the earth: The property company that owns them received a demolition permit this week from the city of Lincoln.

“All kinds of problems,” he said. “It's easier to tear them down than to keep them up.”

Garden View started small in the late 1970s, renting space near Piedmont from the Seventh-day Adventists.

By the early '80s, though, it had grown enough and saved enough to start searching for its own home, said Bob Nazarenus, its first pastor. It bought five acres at 2500 S. 84th St. and had preliminary plans drawn up for a standard, rectangular church.

But then someone leafed through a church magazine and spotted the domes, and Garden View's leadership contacted the supplier in Flint, Michigan.

“We tried to find something that was reasonable in cost and construction, and something just a little bit different as far as the appearance,” Nazarenus said.

The lumber arrived pre-cut, enough for two domes connected by a short hallway. They went up in 1982.

“And from the very get-go, people wanted to come in and look and see what it was all about,” Nazarenus said. “There might have been geodesic dome houses in the area, but this was the first time I think anything on that large of a scale was built.”

They added the third dome two years later, and their church was complete. The southernmost building was the room for worship, an open space with a 25-foot ceiling. The middle dome was the entryway, with restrooms, the church office and a pair of classrooms. The north building had more classrooms and offices.

A good, new home for a young congregation to call its own, Nazarenus said. With surprisingly low utility bills, too.

“It was tremendously efficient. And acoustically, they were awesome.”

“It was an absolute leaking nightmare. You've got shake shingles all over, buckets all over every time it rained. It was just designed to fail,” said Swihart, who took over as pastor in 1995.

He and his wife, Donna, were church members at first, starting in 1985. He was running a concrete crew for the city when he was called into the ministry -- and put in charge of the domes.

“They had a uniqueness. People would stop in.”

But not drywallers. They wanted nothing to do with the odd shapes and angles of the interior walls.

“They'd give me bids that were so ridiculous they knew I'd never call them on it.”

He remembers the second-guessing of the decision to build the domes, of wondering what they’d been thinking in the early '80s.

“Endlessly. Endlessly. And what they were thinking was, it was cheap to build and amazingly economical on utilities. If you can keep the water out, they work pretty good. But they’re not super functional, and you can never sell one.”

They did sell. After Garden View dissolved in 1998, the Nebraska District Council of the Assemblies of God sold the domes to Spanish Oaks, which rented them to a series of churches.

The Berean Church called them The Pods and hosted movie nights there for singles. Victory Community Church worshiped there in the early 2000s. Most recently, they were home to Upper Room Christian Fellowship.

Swihart learned this week the domes were headed for demolition, and he thought about what they had meant to him and his family. Warm memories, he said, despite the architectural problems.

“My children grew up in that church,” he said. “It’s where I first preached a sermon, and God called me into ministry in that body of believers and in that building. Lots of sacred memories.”

After Garden View closed, Swihart pastored in Lincoln for another decade. In 2008, he and Donna moved to Junction City, Kansas, where he’s senior pastor at Legacy Community Church.

“Now I have a square church.”

The Air Park couple heard their toilet running for weeks, but they didn’t know how much money it was draining until they received their water …

Historic stop on Detroit-Lincoln-Denver Highway yours for $2,150 a month

The dozen toilets disappeared decades ago.

This refrigerator had been around so long it wasn’t leaving without a fight.

On Old Cheney, where the trees used to be

West O eyesore: What a trailer park looks like without trailers

The Arrow Trailer Park spent six decades beneath the trees near First and West O streets, but its homes disappeared quickly this summer when a…

Why a $240,000 home disappeared from southeast Lincoln

The 50 or so homes that disappear every year from Lincoln are demolished for one of several reasons.

The three connected geodesic domes at 2500 S. 84th St. will soon be demolished, having served for decades as a church. Their acoustics were almost too good, said Tom Swihart, a former pastor at Garden View Assemblies of God. "You had to be careful what you whispered."

The three geodesic domes that have stood at 2500 S. 84th St. since the early 1980s will soon be demolished.