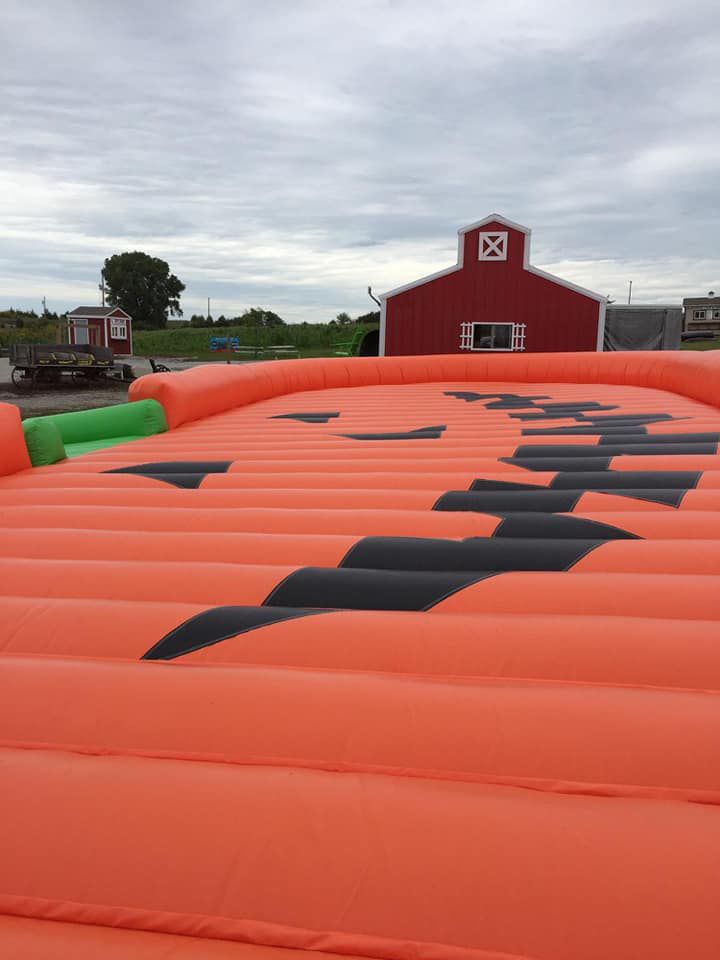 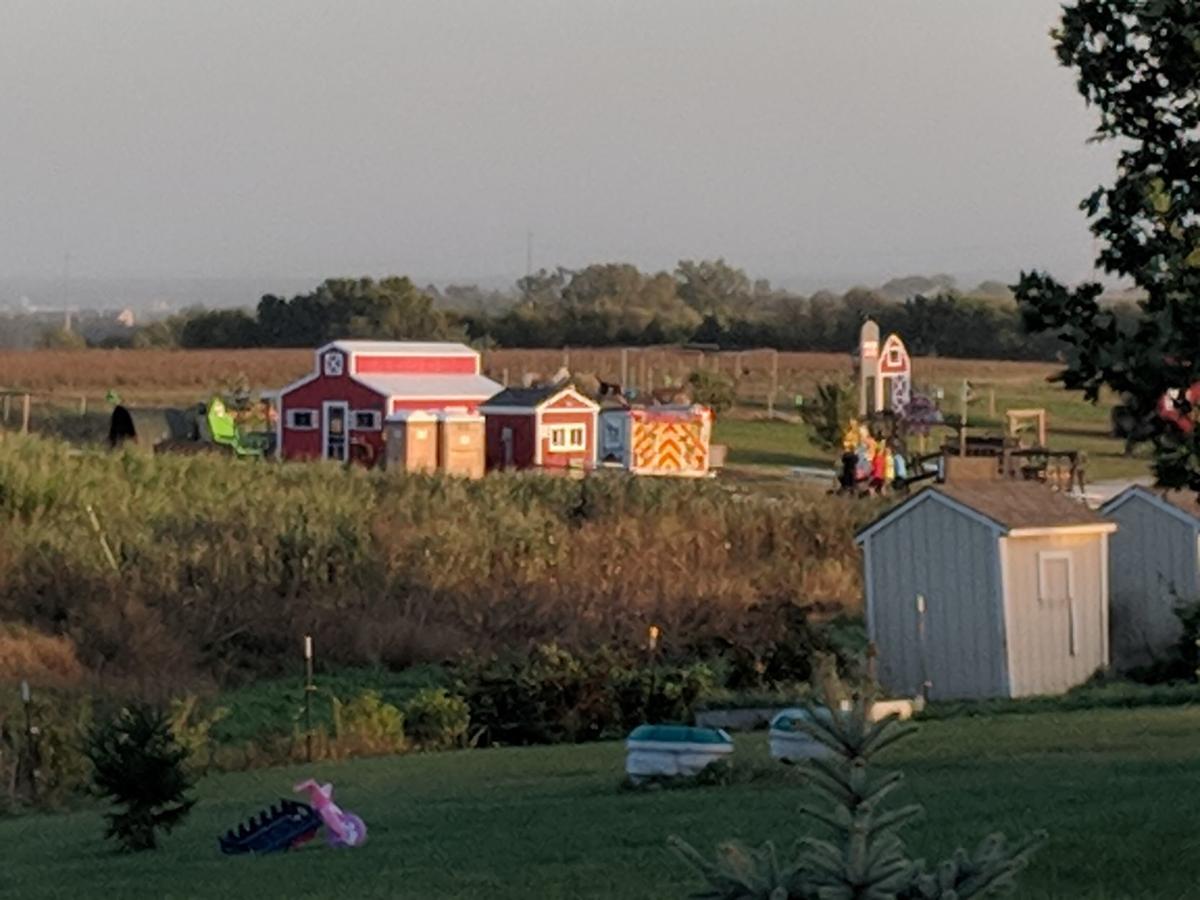 A firetruck on the scene at JK's Pumpkin Patch, where 911 dispatchers were told the incident occurred.

A 2-year-old boy remained in critical condition Thursday after strong winds blew over a bounce pillow at a pumpkin patch north of Lincoln late Wednesday afternoon.

The boy and his 5-year-old sister were taken to Bryan West Campus after the incident, which happened at JK's Pumpkin Patch, 757 Bluff Road, according to Lancaster County Sheriff's Sgt. Scott Gaston.

The girl was released from the hospital Thursday morning after being treated for her injuries. The boy's injuries were more serious, Sheriff Terry Wagner said.

The siblings were playing on the unenclosed bounce pillow with their parents shortly after 6 p.m. The parents got off the pillow just before a gust of wind, measured nearby at 59 mph, shifted and tore the inflatable from its moorings, lifting it 30 to 40 feet into the air, said Raymond Fire Safety Officer Nick Monnier.

The girl was thrown about 30 feet, but the pillow wrapped around the boy "like a taco shell," Monnier said, and trapped him. It landed about 40 yards away.

First responders from Raymond were on scene in four minutes, Monnier said, and the Valparaiso Fire Department assisted on the call.

It was originally reported that three children were injured in the mishap. Believing that, Monnier and other rescue workers searched the area, including around another large bounce house, which was blown more than 100 yards by the same wind gust, before people on the scene informed them that there were no others involved.

Wagner called the wind gust "unusual" and said the bounce pad had been tied down.

The Journal Star doesn't know what brand of inflatable bounce pad JK's had.

A website for Inflatable 2000, a large manufacturer of bounce pillows and items, warns inflatables should never be used when wind speeds exceed 20 mph.

The National Weather Service had issued a wind advisory Wednesday afternoon, warning of gusts up to 60 mph. Winds throughout the day had consistently exceeded 20 mph.

Inflatables aren't regulated by the Nebraska Department of Labor, which inspects and permits other amusement rides under Nebraska's Amusement Ride Law.

The owners of the patch didn't immediately respond to a call seeking comment.

Wednesday night on Facebook, co-owner Josh Kadavy said it was an "emotional night" and encouraged people to pray for the family involved in the incident.

"Our thoughts and prayers are with the family at this time," he wrote.

JK's was closed the previous weekend because of concerns about safety amid forecast rain.

The patch isn't within Lincoln city limits. The city requires people hosting events at local parks to discontinue use of bounce houses during inclement or severe weather, defined by the Lincoln Parks and Recreation Department’s rule as rain, snow or winds higher than 15 mph.

Jump pads and bounce houses have made headlines in recent years following other flyaway incidents that have injured adults and children, according to news reports.

A 2015 Consumer Product Safety Commission report found that more than 113,000 people's injuries stemmed from these inflatable amusements between 2003 and 2012.

Twelve deaths were reported during that time frame, according to the commission.

About 61 percent of those injured were children ages 4 to 15, and most injuries were to limbs, the report said.

Despite the rise in injuries, regulation of these attractions varies widely from state to state, the Globe-Stateline investigation found.

Injuries stemming from other accidents are more common, often the result of rough play or falls from the inflatable onto a hard surface, according to the article.

Valparaiso family's pet raccoon to be euthanized, tested for rabies after concern over bite

Charlie, the pet raccoon of a Valparaiso family, has been condemned to die.

A firetruck on the scene at JK's Pumpkin Patch, where 911 dispatchers were told the incident occurred.