Protesters who gathered for the fourth night of demonstrations outside the Phi Gamma Delta fraternity on the University of Nebraska-Lincoln campus clashed with police early Saturday morning.

After protesting for much of the evening outside the Fiji house at 1425 R St., where a sexual assault was reported to have occurred Monday night, hundreds spilled into the streets of downtown Lincoln just before midnight.

After marching through downtown, chanting "No means no" and at times blocking traffic, the demonstration appeared to be winding down as protesters returned to the steps of the Nebraska Union.

Just as many began to leave, however, the crowd was informed that a man had been tased by a Lincoln Police Department officer a few blocks away.

That prompted many of those in the crowd to march back to the area of 11th and O streets, where they confronted officers, surrounded police cars and chanted "No justice, no peace" and "Show your badge."

LPD Capt. Ben Miller confirmed to the Journal Star early Saturday that officers conducted a traffic stop in the area of 12th and O streets just after midnight. The officer approached the driver, 27-year-old Reuben Nyakundi, who refused to provide identification and paperwork for his vehicle.

The officer then asked Nyakundi to get out of the vehicle, but he refused, according to a news release. Other officers were called to the scene, and as Nyakundi resisted efforts to be taken into custody a struggle ensued. Nyakundi kicked an officer in the legs and stomach and punched him in the eye, then another officer used a Taser to assist in arresting Nyakundi.

Nyakundi was transported to a local hospital, as is the case whenever a Taser is used, Miller said.

Miller said the man did not suffer any injuries, and he was released from the hospital a short time later and lodged in the Lancaster County Jail on suspicion of third-degree assault on a police officer, obstructing a police officer, resisting arrest and disobeying a traffic light.

The officer suffered bruising and swelling but did not require medical treatment.

A few minutes after that incident, protesters arrived on the scene and began shouting at officers and surrounding multiple police cars.

Miller said the officers who were there at the time eventually made their way out of the area without further incident, and the protesters dispersed shortly after that.

Friday was the fourth evening of gatherings that included chants and demands directed toward the 19-year-old fraternity member who is accused of sexually assaulting a 17-year-old girl and UNL student.

The fraternity was put on probation in 2015 for reports of reckless alcohol abuse and sexual misconduct among its members, and it was suspended from 2017-20.

In previous nights, protesters had gathered only steps from the knee-high stone wall that separates the fraternity's lawn from the sidewalk on R Street. Speakers on Friday continued to call for the fraternity's UNL chapter to be abolished.

UNL officials Thursday confirmed that the accuser is a 17-year-old student and University Police are handling the investigation independently.

Relaying information from police, UNL spokeswoman Leslie Reed said the girl went to the Fiji house with an 18-year-old female friend Monday night. The 18-year-old left before the 17-year-old, who later called the friend to pick her up.

The 18-year-old picked up the accuser from 17th and R streets — a block from the fraternity — and took her to Bryan East Campus, Reed said, where they reported a sexual assault to LPD, which turned the case over to UNL police.

Reed said the accuser identified a 19-year-old man as the person who allegedly sexually assaulted her at the fraternity house.

The squad cars have backed up to 10th and O, with the protestors not a step behind. pic.twitter.com/0GkmpCxPmA

The latest report comes four days after Sigma Chi posted a statement vowing to "do our part to create a safe and comfortable environment for all in our community." The fraternity said it has placed itself on self-suspension.

In the fifth demonstration in seven nights since a 17-year-old student reported being sexual assaulted at a fraternity house on Aug. 23, organizers on Monday lit candles in a visible display of support for sexual assault survivors.

Students and demonstrators gathered five times over recent nights to protest after an alleged sexual assault was reported on campus, although leaders on Wednesday called for a two-week break.

Marcee Metzger, who said Voices of Hope has heard reports of sexual violence from UNL alumni as far back as the 1980s in the last week, said a shift in attitudes on campus would be necessary to see the kind of change desired. 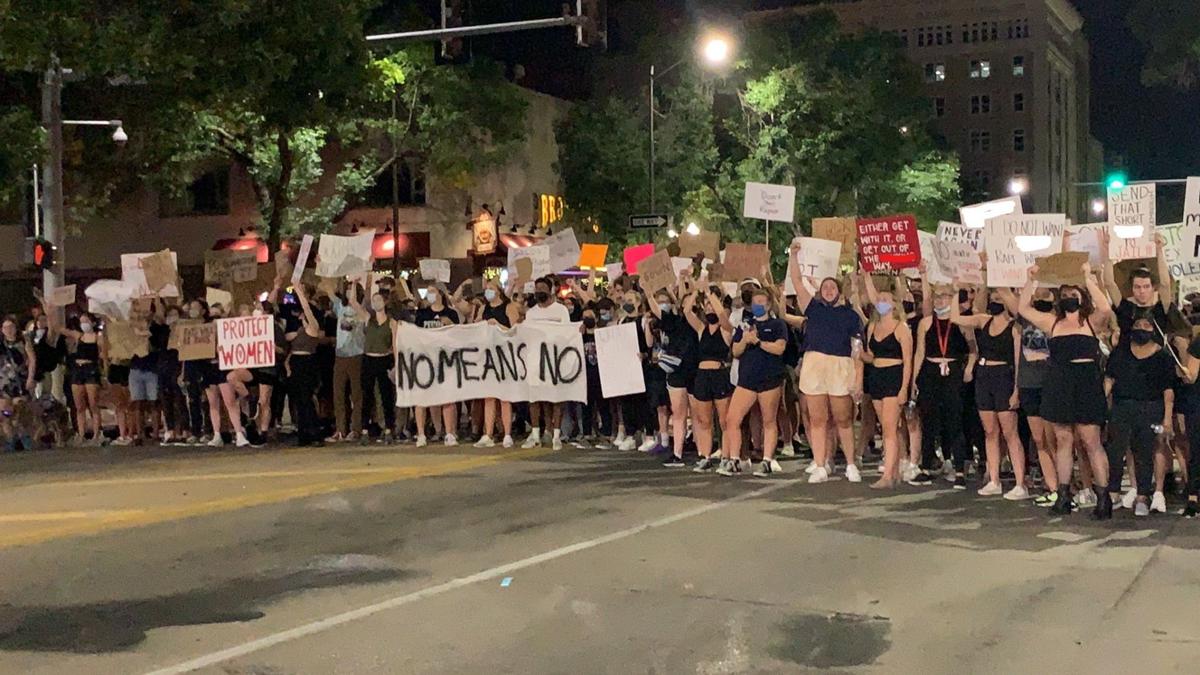 After protesting for much of the evening outside the Fiji house at 1425 R St., where a sexual assault was reported to have occurred Monday night, hundreds spilled into the streets of downtown Lincoln just before midnight. 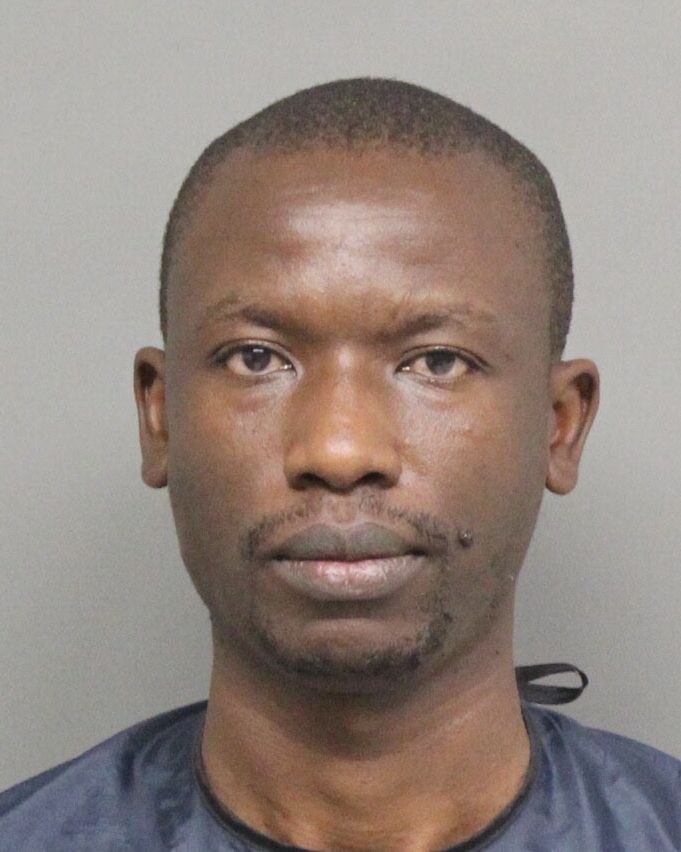