The body of a man suspected to have been shot in a Fairbury park on July 1 was found alongside a road southeast of town Monday, Jefferson County Sheriff Nels Sorensen said.

The identity of the victim has not been released, but two suspects in the homicide investigation remained in the Saline County jail.

Investigators were continuing to piece together the timeline leading up to the man's death, the sheriff said Monday.

Jerry W. Gilbert, 25, was being held on suspicion of second-degree murder, use of a weapon to commit a felony, felon in possession of a firearm, tampering with physical evidence and improper disposal of human remains.

Another suspect, 21-year-old Caitlyn Grable, was being held on suspicion of accessory to second-degree murder, possession of a controlled substance, assault and tampering with evidence.

No charges had been filed against the two as of late Monday afternoon.

A Beatrice police officer first contacted the sheriff's office July 4 with information about a possible homicide in the Fairbury park July 1.

Investigators found spent shell casings in a portion of Crystal Springs Park in Fairbury, and video surveillance of frantic movements between two cars and several people on July 1, according to an investigative report filed in court.

A body was seen on the video falling out of one of the vehicles and then being moved toward the trunk of a silver Honda with Texas plates, the court document said.

After Sorensen publicized the search for Gilbert and Grable, tips from the public led investigators to a Fairbury home where the Odessa, Texas, residents were taken into custody following discussions with a hostage negotiator Sunday afternoon.

The silver Honda has been recovered.

Sorensen and his deputies, along with the Nebraska State Patrol, Nebraska Attorney General's Office and Jefferson County Attorney's Office, are investigating the case.

Four teenagers armed with a shotgun and baseball bats tried to rob a fireworks stand operating in a Lincoln church parking lot July Fourth, a …

Man found dead on I-180 identified

The man found dead in a ditch at Cornhusker Highway and Interstate 180 on July 3 has been identified as 48-year-old Mervin Graber Jr. of Wood …

GERING — A Gering woman is accused of taking more than $70,000 from her grandmother's account.

The Nebraska State Penitentiary has canceled visits to the facility through Sunday.

GRAND ISLAND — Police have cited a 9-year-old boy who officers say stole a car, lost control of it and crashed into a Grand Island house.

PAPILLION — A former police union treasurer has been sentenced to three to seven years in prison for taking more than $170,000 from his union.

Four in custody in connection to fatal Fairbury shooting

Two men and two women have been arrested in connection with a homicide at a Fairbury park last week.

The victim of a homicide at a Fairbury park last week has been identified. 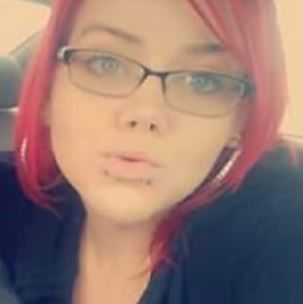