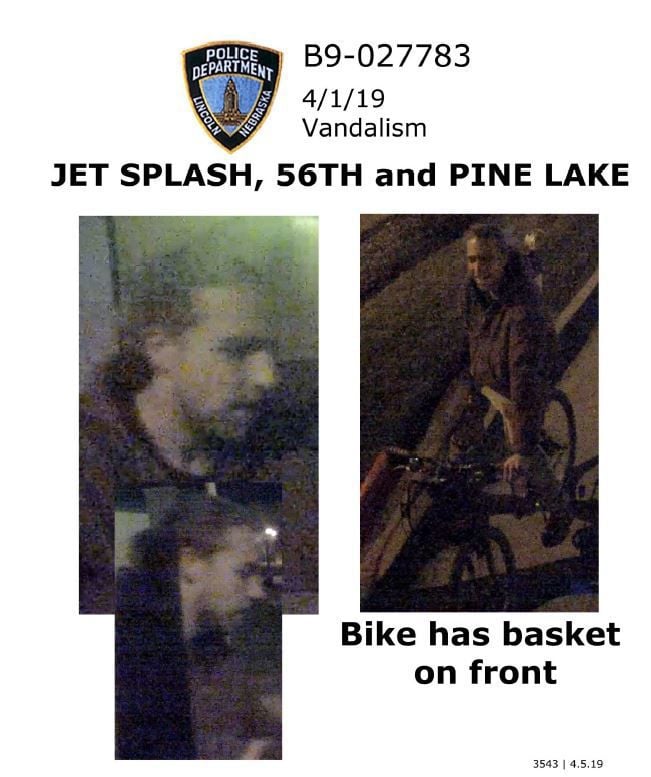 Police photos from the JetSplash vandalism. 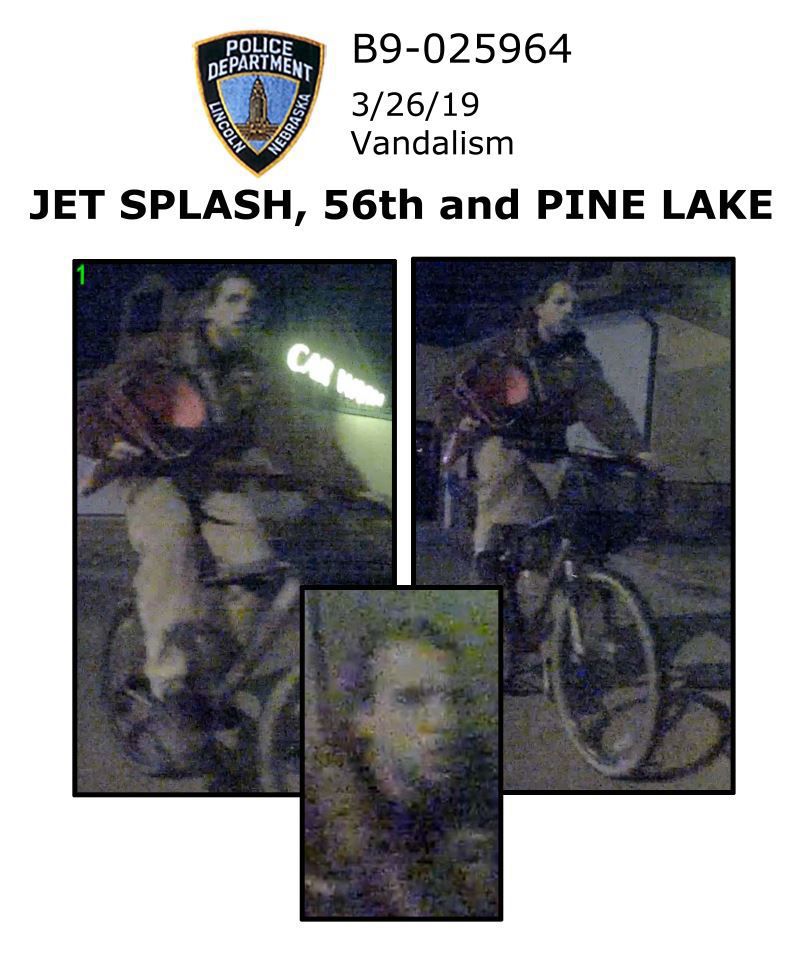 LPD released these photos of a suspect in the JetSplash vandalism.

On March 26 and April 1, video surveillance at the JetSplash at 56th Street and Pine Lake Road recorded a man riding in on a bicycle and breaking the access gates to the car wash, Officer Angela Sands said.

Investigators posted images from the video to the Lincoln Crimestoppers site, and a tipster identified the man as the suspect, Sands said.

When officers went to his home to speak with him Monday, they saw a bike with the same basket at his home, she said.

Police identified the man as the person in the video and ticketed him on two counts of vandalism.

The man didn't have any known affiliation with the car wash, police said.

Crimestoppers tips leading to arrests are eligible for rewards of up to $1,000.

The 15-year-old Lincoln Southeast student who brought a loaded revolver to school Monday is a suspect in two auto thefts Sunday, police said.

Safety checkpoint planned for Wednesday on US 6

Lancaster County sheriff's deputies will set up a checkpoint on U.S. 6 on Wednesday to check vehicles for proper use of seat belts and child s…

Three men, five women arrested in Lincoln for prostitution in joint police detail over the weekend

Three men and five women were arrested in Lincoln over the weekend in a joint police detail targeting human trafficking.

A Lincoln man was arrested Sunday night after residents of a Lincoln neighborhood reported he was threatening to kill everyone with a rifle, p…

Nearly two dozen students were injured when their school bus crashed with a Ford Fusion on Wednesday afternoon near Dunbar in Otoe County, the…

Lincoln Police Department officer Brian Ward remembers the incident vividly, even though it happened 12 years ago.

BRAN set to roll out of Chadron

CHADRON — Nearly 400 bike enthusiasts have converged on Chadron this weekend for the start of the 39th annual Bike Ride Across Nebraska.

Police photos from the JetSplash vandalism.

LPD released these photos of a suspect in the JetSplash vandalism.