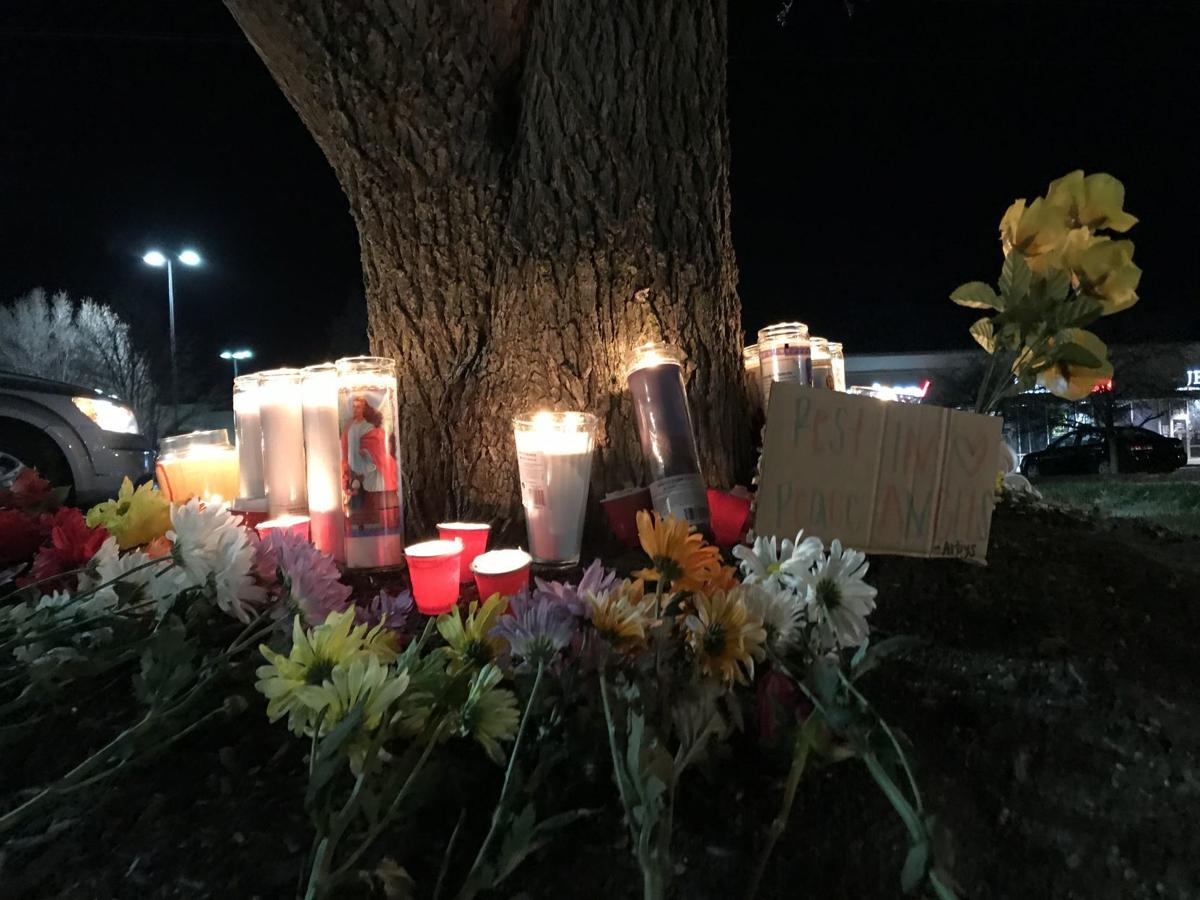 Flowers and candles form a makeshift memorial Sunday night at a tree near the Bellevue Sonic where two people were killed and two were wounded Saturday night. The sign, from workers at a nearby Arby’s, reads “Rest In Peace Angels.” 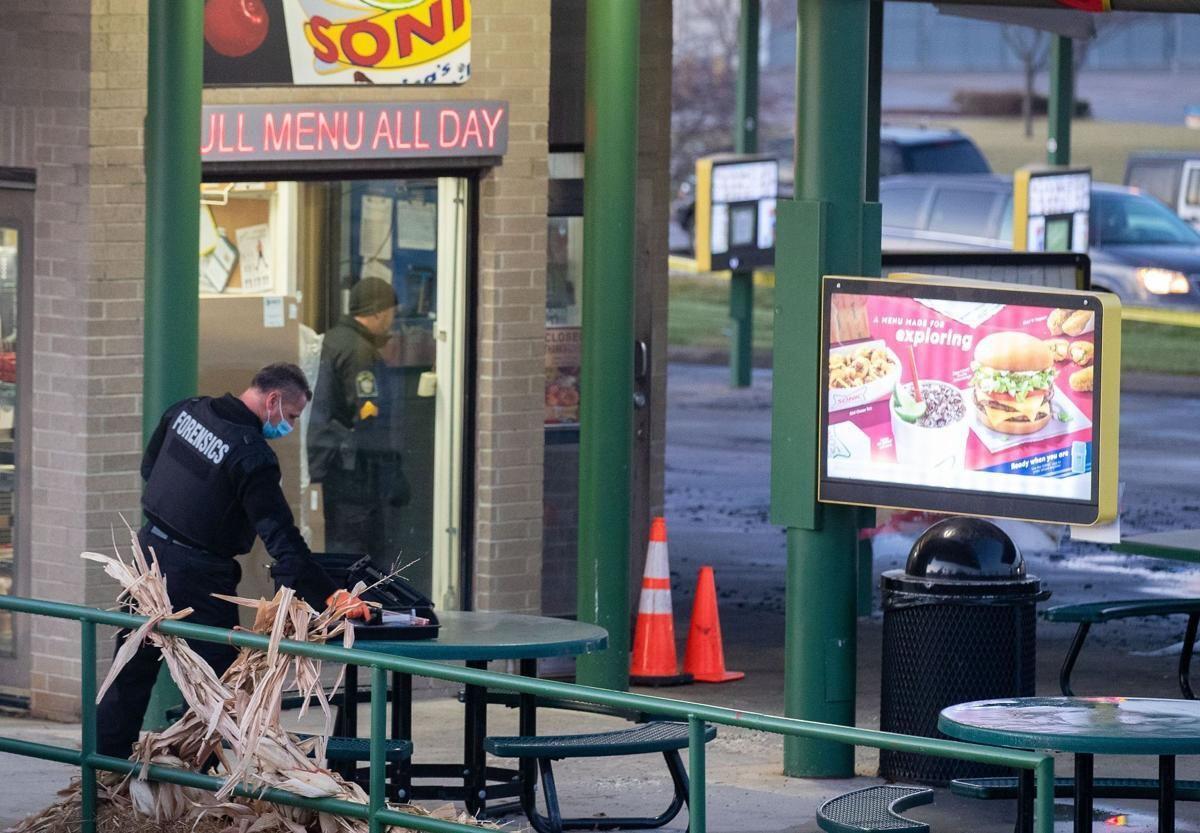 Omaha police investigators worked Sunday morning to collect evidence where two people were killed and two others wounded in a Saturday night shooting at the Sonic Drive-In restaurant located at 1307 Cornhusker Road. Roberto Carlos Silva was arrested in the shooting.

Bellevue police were called to the Sonic Drive-In at 1307 Cornhusker Road at 9:23 p.m. Officers sent to the scene first were told a bomb may be inside a moving truck parked in the parking lot. The incident was declared a shooting a minute later.

A 23-year-old man, Roberto Carlos Silva of Omaha, was booked into the Sarpy County Jail at 4:31 a.m. on suspicion of first-degree murder and first-degree arson.

Two of the employees died and two were taken to the Nebraska Medical Center for treatment.

Nathan Pastrana, 22, and Ryan Helbert, 28, were killed. Both were declared dead at the scene.

Zoey Reece Atalig Lujan, 18, and Kenneth Gerner, 25, were taken to the hospital. A hospital spokesman said Sunday night that he could not release their conditions.

All four were in the building when they were shot, police said.

Silva had been arrested at the restaurant Wednesday night on suspicion of identity theft after someone reported that a person had charged $57 on his Sonic app to pay for hamburgers and corn dogs. Silva was released from jail Thursday after posting 10% of $1,500 bail.

When a reporter went Sunday to a residence in southwest Omaha where Silva lived with his parents, someone inside declined to open the door. A man who arrived at the home as the reporter was leaving acknowledged that it was the Silva family's home, but he declined to comment.

In Bellevue, the parking lot of the Sonic Drive-In was blocked off with barricades. A man wearing a Sonic ballcap standing outside the restaurant said the restaurant owner had no immediate comment about the tragedy.

Around the time of the shooting, a U-Haul truck in the parking lot was on fire because of fireworks or some type of device, Jashinske said. Officials were working early Sunday to figure out what was inside the truck.

Also early Sunday, the Omaha Police Bomb Squad was still on the scene to check on a “device,” Jashinske said, as a precaution to make sure the area was safe.

Anyone with information about the case is asked to call the Bellevue Police Department at 402-293-3100 or Sarpy County Crime Stoppers at 402-592-STOP.

Copyright 2020 The Associated Press. All rights reserved. This material may not be published, broadcast, rewritten or redistributed without permission.

The woman was entering her apartment building when she was confronted by fellow resident Daniel Stueck, who began waving a chainsaw at her, telling her to get off the property and yelling racial epithets.

Protesters gathered Saturday in downtown Omaha for a second night to demand the release of video of a fatal police shooting of a Black man during a Nebraska traffic stop last week.

Police Chief Todd Schmaderer showed several photos from the incident during a news conference Monday but he said the full video won't be released until after a grand jury reviews what happened.

'It was almost like we were saying goodbye': Sonic workers ate together before shooting

The night before a gunman shot four Sonic Drive-In workers, killing two of them, the workers and three friends ate what turned out to be a last meal together.

Nathan Pastrana's mother described him as humble, very kind, “literally like one of those kids that would never hurt a fly.”

Owners of the Omaha-area Sonic franchise will cover funeral and out-of-pocket hospital expenses of four workers who were shot Saturday night at the Bellevue Sonic Drive-in.

"I could feel every gunshot," said Kenneth Gerner, who required multiple surgeries and two weeks in rehab after the shooting at the Sonic Drive-In in Bellevue.

Flowers and candles form a makeshift memorial Sunday night at a tree near the Bellevue Sonic where two people were killed and two were wounded Saturday night. The sign, from workers at a nearby Arby’s, reads “Rest In Peace Angels.”

Omaha police investigators worked Sunday morning to collect evidence where two people were killed and two others wounded in a Saturday night shooting at the Sonic Drive-In restaurant located at 1307 Cornhusker Road. Roberto Carlos Silva was arrested in the shooting. 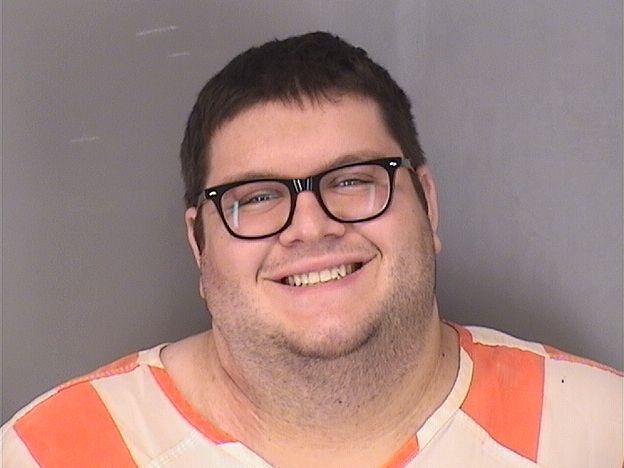