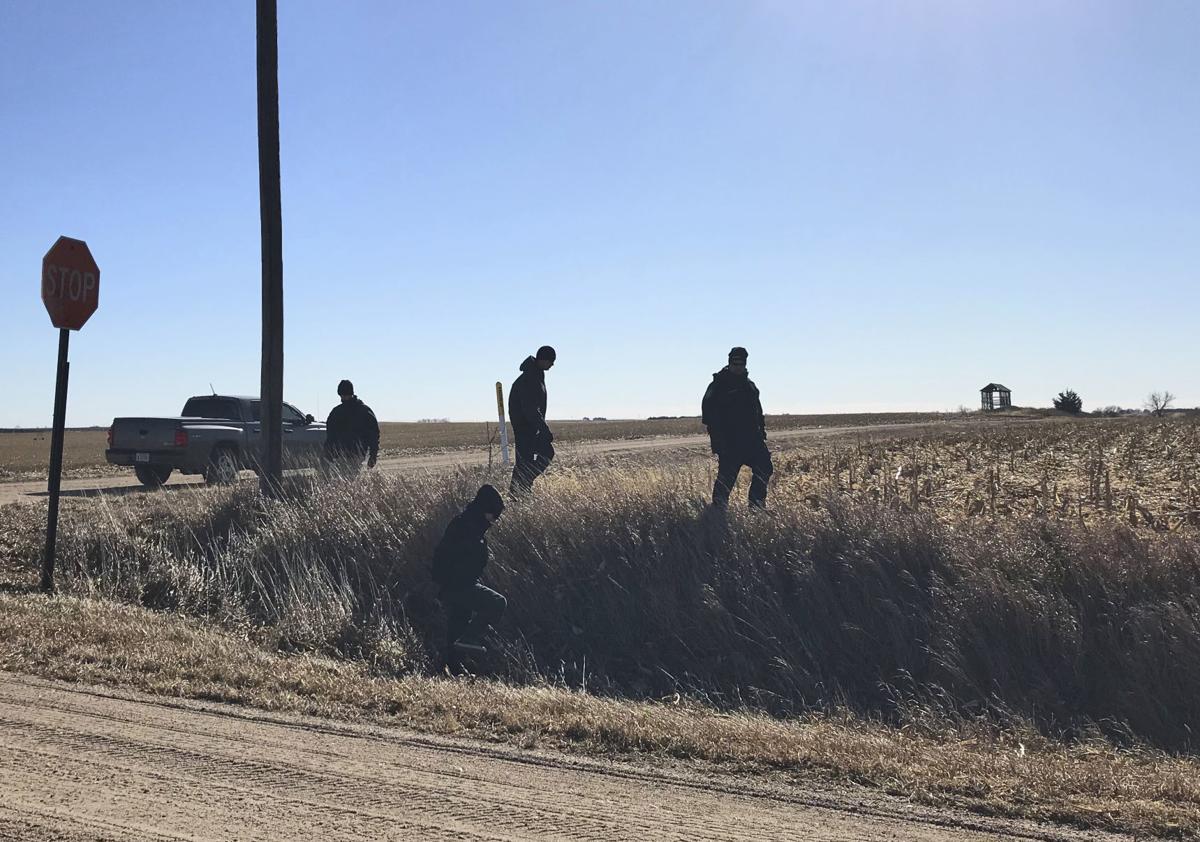 Authorities check tall grass and harvested cornfields near a rural intersection in Clay County in December 2017 as they searched for evidence in the death of Sydney Loofe. 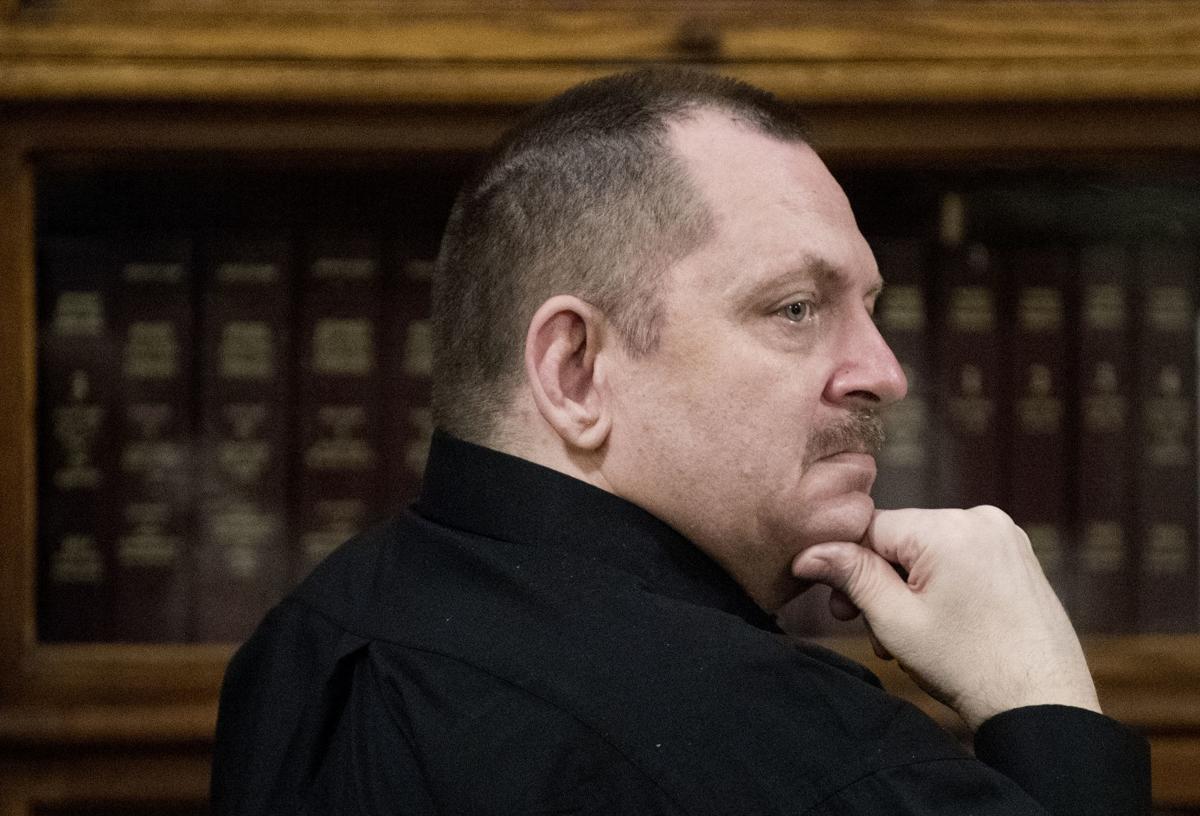 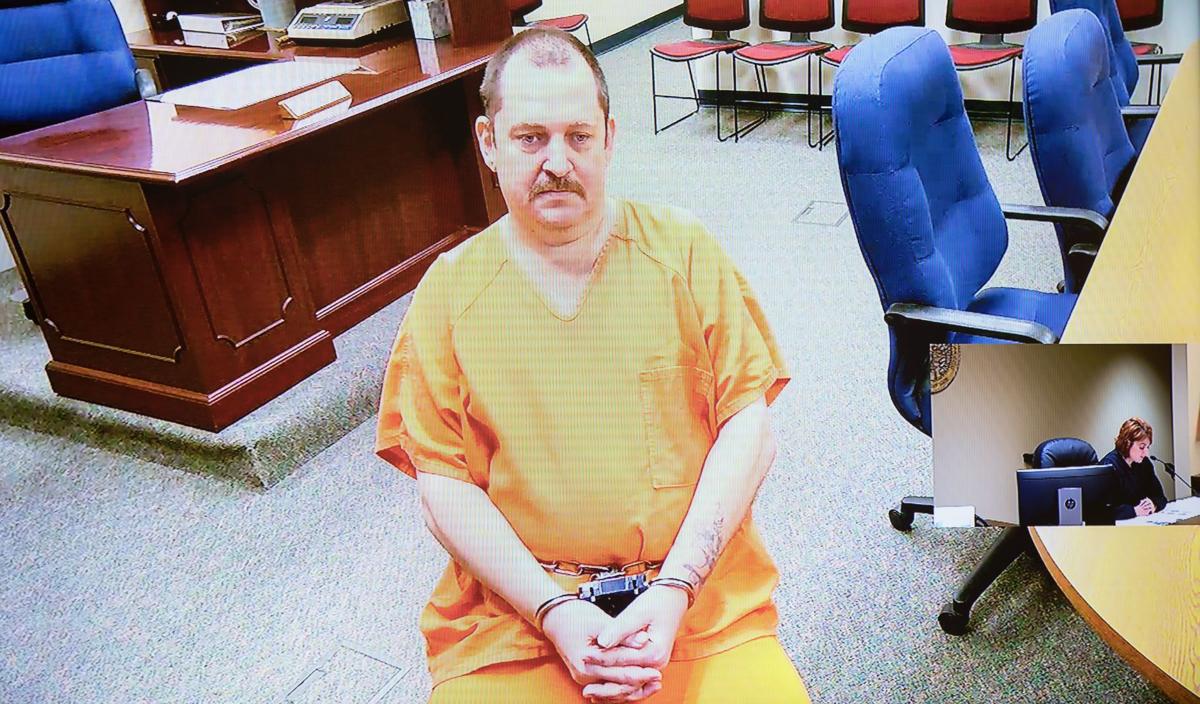 WILBER — Investigators searching for answers to how, why and where Sydney Loofe, a young Lincoln woman, had been killed turned up more than a dozen sex toys, a leash and collar, and black fuzzy handcuffs in Aubrey Trail and Bailey Boswell’s bedroom.

DNA testing didn’t link any of them to Loofe, according to an agreement by both sides that Assistant Nebraska Attorney General Sandra Allen read to the jury Thursday at Trail’s first-degree murder trial.

Nor did testing on more of them found in a duffel bag at an Iowa hotel the couple abandoned as law enforcement closed in.

But it gave jurors a glimpse into the lives Trail and Boswell led and the direction the investigation into Loofe’s killing had begun to turn after her dismembered remains were found Dec. 4, 2017, about 60 miles west of Wilber in ditches along gravel roads near Clay Center.

So, too, did testimony that followed Thursday from Sgt. Richard Zimmerman and Capt. Russ Kalkwarf at the Saline County Sheriff’s Office, which helped give jurors a picture of how Trail had tossed Loofe’s belongings out the passenger window of his Ford Five Hundred car as they headed west out of town on Nov. 16, 2017, with Loofe's remains in plastic bags in the back.

On Dec. 7, 2017, investigators found pieces of her cut-up driver’s license and broken pieces of her cellphone after searching ditches along Nebraska 41. The first piece of her license was tiny but had most of her last name in all caps, "OOFE," and parts of her address and ZIP code.

When they pieced it back together, Loofe was smiling.

Zimmerman said to find it they had focused their attention near the Czech cemetery west of Wilber, where Trail told a Lincoln police investigator he'd thrown her iPhone out the window.

They found part of her gray cellphone case near there, and the phone farther down the road.

They went out to search ditches near Wilber again three months later after learning the couple had taken a slightly different route to Clay County than first thought.

On March 22, 2018, about 10 feet off Nebraska 15, Kalkwarf found a white top with straps off the shoulder. It was the one Loofe had worn in her Snapchat story about going on a date.

Three miles down the road, he found a multi-colored bra with a slit in one of the cups.

Prosecutors on Thursday retraced Trail’s and Boswell’s steps in the two days leading up to Loofe's body parts being dumped.

Bob Hurley, a Lincoln Police investigator, said cellphone records show Trail and Boswell had checked into a Best Western in Lincoln just after 4 p.m. Nov. 14, 2017, not far from the Menards where Loofe worked. Video from the hotel shows a silver car pulling up and soon after Boswell, her hair pulled up, digging through her purse as she walks in the front door with Trail right behind her.

Around 5:30 p.m. Boswell left to pick up Loofe at her Havelock apartment for their first meeting after connecting on Tinder. Boswell messaged her from the car, saying “Here."

Before Boswell would pick Loofe up for a date the next night, she and Trail would go shopping, buying meat grinders and weed cutters at the antique mall, a 24-tooth hacksaw, a Gerber folding knife, tin snips and plastic drop cloths at the Home Depot near where Loofe worked, and Hefty bags and Clorox bleach at the Dollar General back in Wilber.

Prosecutors say it pokes holes in Trail’s story that Loofe died accidentally at his hands and in a moment of panic he decided to dismember her to get rid of her body.

Trail again was absent from the courtroom Thursday. Earlier in the week he attempted suicide and the jury has been told Trail has chosen to not be in the courtroom.

A former tech worker has been accused of pawning stolen laptop computers in Lincoln and Omaha.

MEADOW GROVE — Officials say a woman has been killed in a two-vehicle crash at Meadow Grove.

Big Shots Indoor Range was expected to reopen Friday morning, four days after a 25-year-old took his own life there with a rented handgun.

OMAHA — Authorities say no one was hurt when a small plane landed in a southwest Omaha neighborhood, a few hundred feet short of a runway at a…

Authorities check tall grass and harvested cornfields near a rural intersection in Clay County in December 2017 as they searched for evidence in the death of Sydney Loofe.