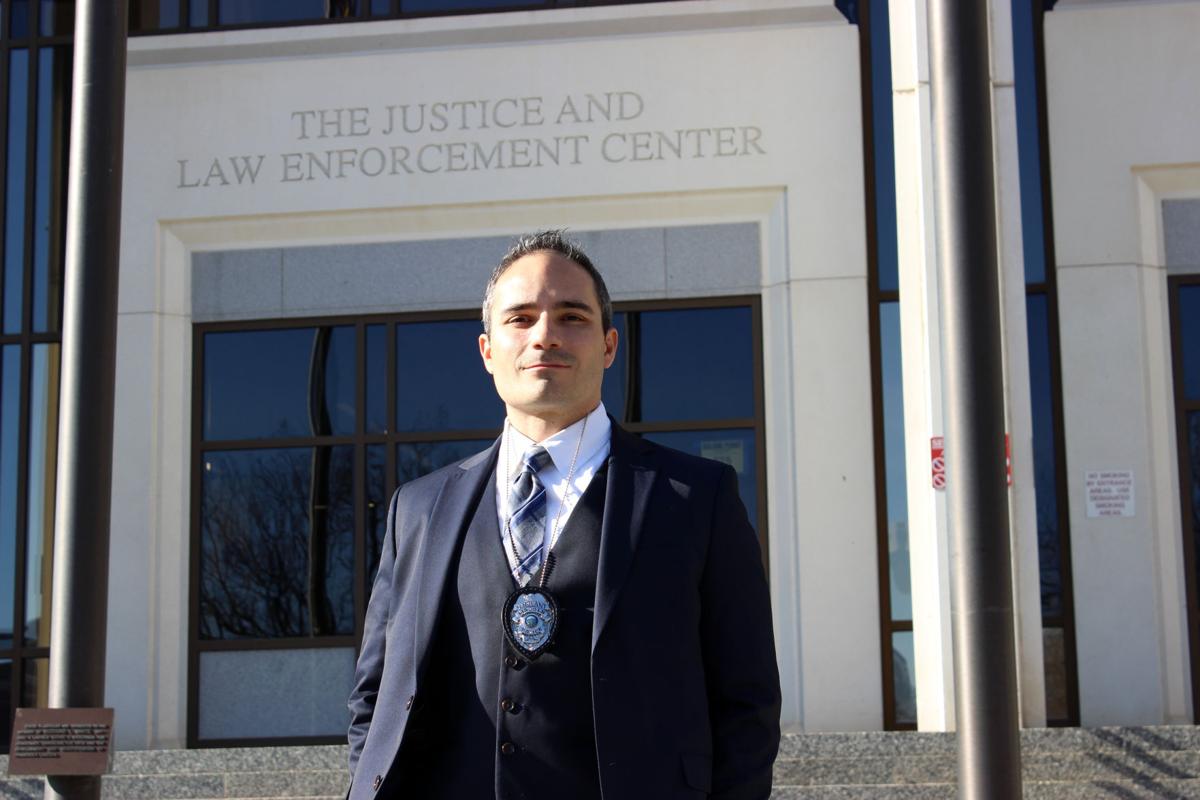 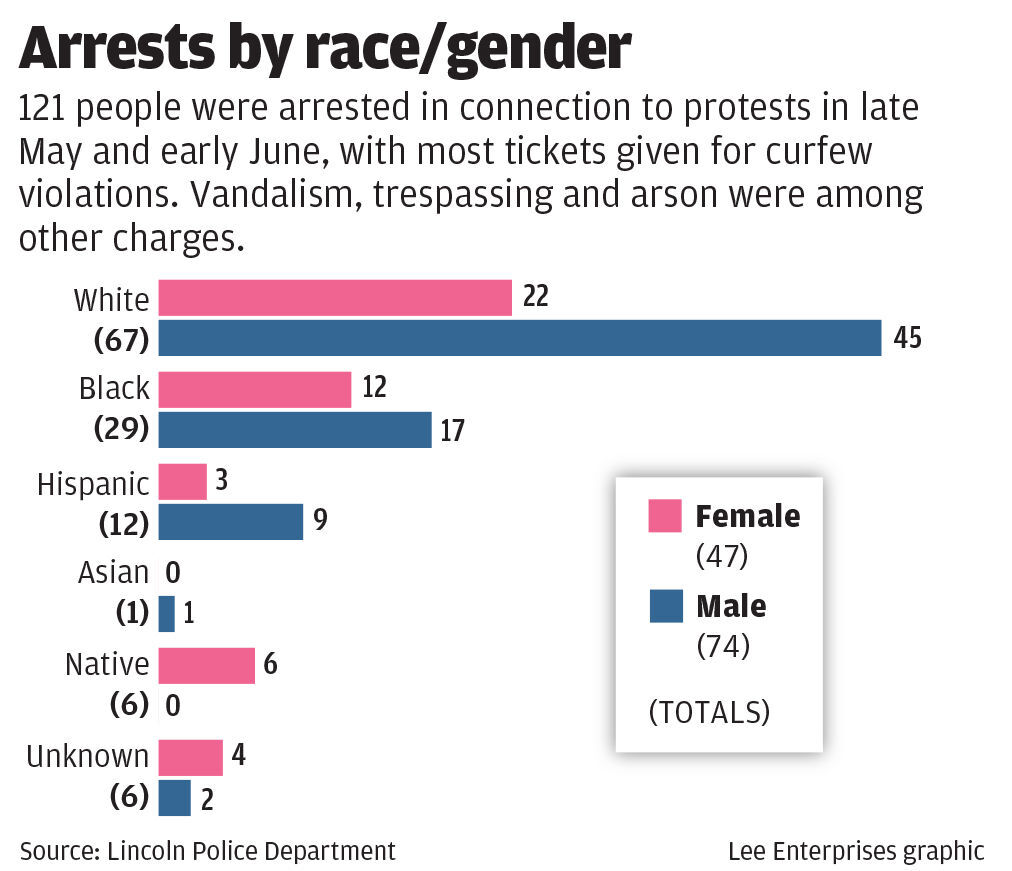 In the early days of its investigation, Lincoln police grabbed photos from video, posted them to Crime Stoppers and started working dozens of tips from the public.

But what lead investigator Sgt. Chris Vigil found as they began to ID people caught committing crimes when protests turned to riots in late May wasn't necessarily what he expected.

"Those we have identified and charged with these crimes, they're from all walks of life," he said. "It's not consistently white males or black females or any one demographic."

"The majority of them were first- or second-time offenders that lead, by all accounts, normal lives outside of this," he said.

Almost all were from Lincoln, with a few from towns nearby. Most were minors.

Vigil has talked with teens caught on video shooting bottle rockets at officers, looting offices and lighting fires. The vast majority have been apologetic and their parents upset, saying they'd been raised better, he said.

"Some people, I think, didn't think through their actions beforehand and just got caught up in that mob mentality, which absolutely happens," he said. "But it's very easy in a short amount of time to ruin someone's livelihood or cause thousands or millions of dollars worth of damage."

In hindsight, it's easy to recognize that. Some have been really shocked looking back, Vigil said. 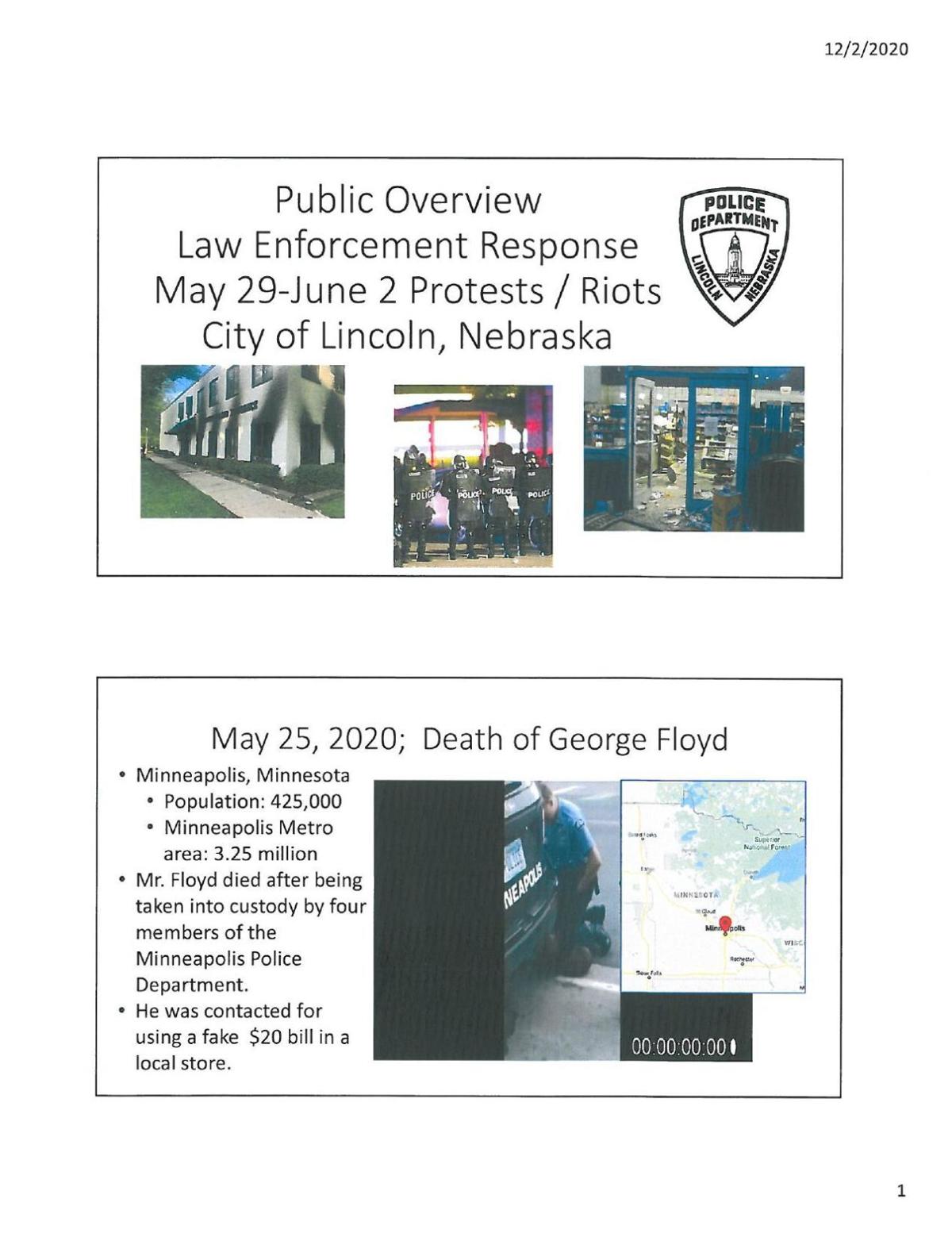 He was shocked, too — on the police line Saturday night and the days after — hearing people yell vile things, like "burn pigs," telling officers they should be dead, and shooting fireworks and throwing bottles.

"We take it, but it was really hard to listen to that and to be blamed for something that didn't happen here, that wouldn't happen here, because our administration takes the steps that it does and our agency doesn't keep those people around," Vigil said.

LPD was among agencies across the country that condemned the police-involved death of George Floyd in Minneapolis, which led to widespread protests calling for police reform, including in Lincoln.

Vigil said Lincoln police for decades have supported and defended the constitutional right to protest and have tried to ensure protesters can do it safely, even when neo-Nazis and Westboro Baptists came to town in the late ’90s and early 2000s.

"That sentiment has not changed," he said.

But, Vigil said, in May and June a small number of people used what began as peaceful protests to commit violence and crimes, undermining the cause and everything police do to try to keep protesters safe.

"It was never our intent to silence anyone's First Amendment rights to speak," he said. "But any criminal acts that we can investigate we will. And rest assured, if we can find a way to bring charges we absolutely will because it's not fair for the community, it's not fair for business owners and it's not fair to individual people to endure that."

Watch now: Shot fired amid the chaos of May 30, nearly hits Lincoln officer

PROTESTS: A LOOK BACK AFTER 6 MONTHS:

Protests: A look back after 6 months

Of the 121 people arrested for crimes committed in late May and early June, 105 were from Lincoln, five from Omaha and two each from Columbus and Norfolk. There was one person from each of the following communities: Grand Island, Lexington, Papillion, Peru, Seward and Council Bluffs, Iowa.

ACLU representing woman whose nose was shot off during protest

Although it hasn't sued Lincoln for its response to the protesters, the ACLU of Nebraska is involved in legal action against the city, representing Elise Poole, who was struck by a projectile in the face on the night of May 31.

An officer, who was aware of recent thefts from church parking lots, spotted Aaron Stednitz standing next to a blue Subaru Outback with a broken window, police said.

Daniel Walton, of Omaha, was found unresponsive in his cell late Saturday night and pronounced dead at an Omaha hospital, county authorities said.

The 17-year-old was taken to the Youth Detention Center on suspicion of a string of allegations, including terroristic threats, robbery, assault and weapons charges.

The Lincoln man who went to jail for allegedly aiding and abetting a shooting into an occupied home early Thanksgiving Day now stands accused of a drive-by shooting six months earlier and a break-in last month at a West A grocery store.

Officials identify man who died in three-vehicle crash near Valley

Timothy R. Compton, 38, was killed when a pickup truck crossed the center line into the southbound traffic lane, striking a sedan driven by Compton. Compton's sedan was then struck by another pickup.