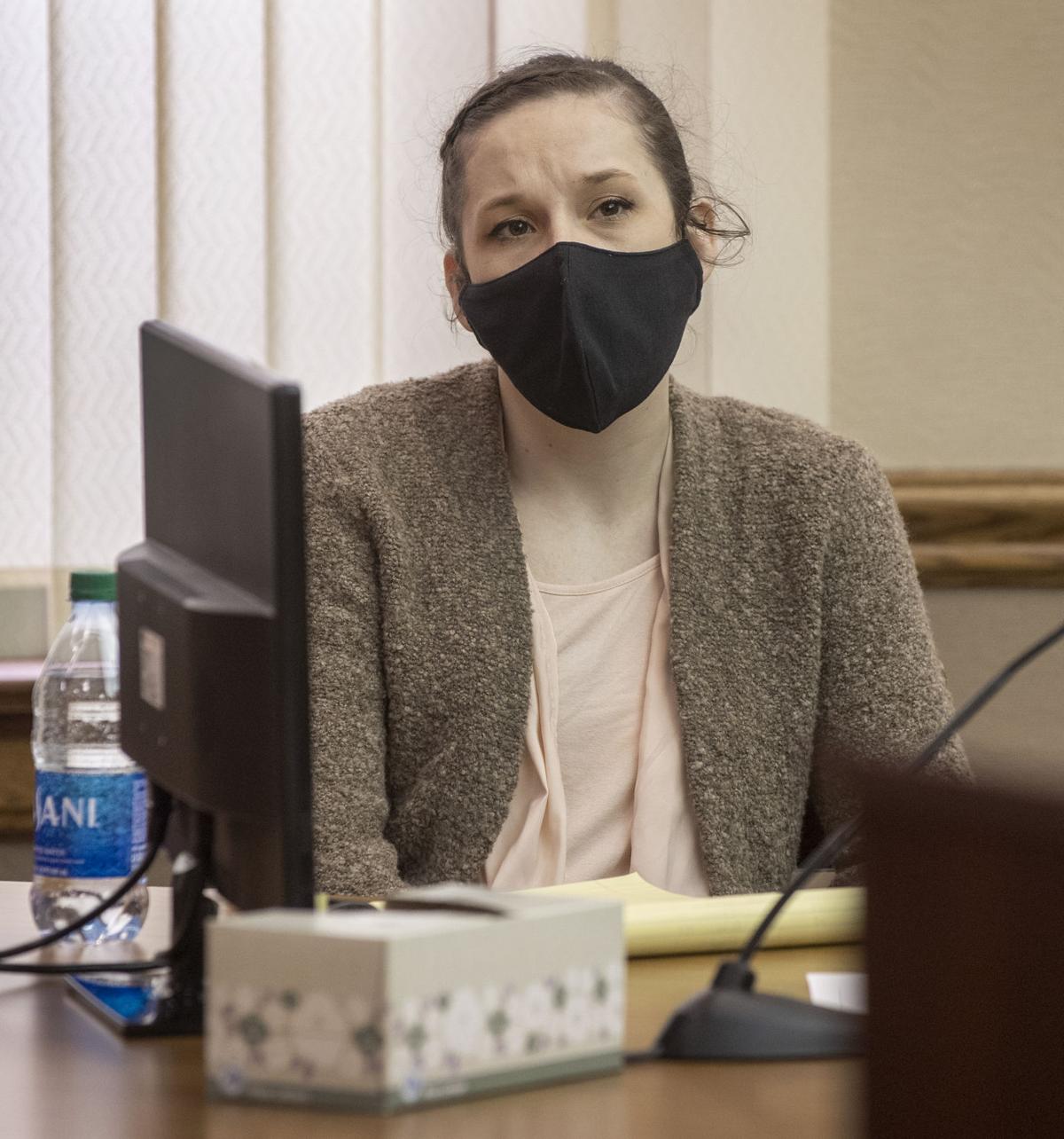 Bailey Boswell, on trial for the murder of Sydney Loofe, listens as Assistant Attorney General Sandra Allen delivers the opening statement for the prosecution on Friday at the Dawson County Courthouse. 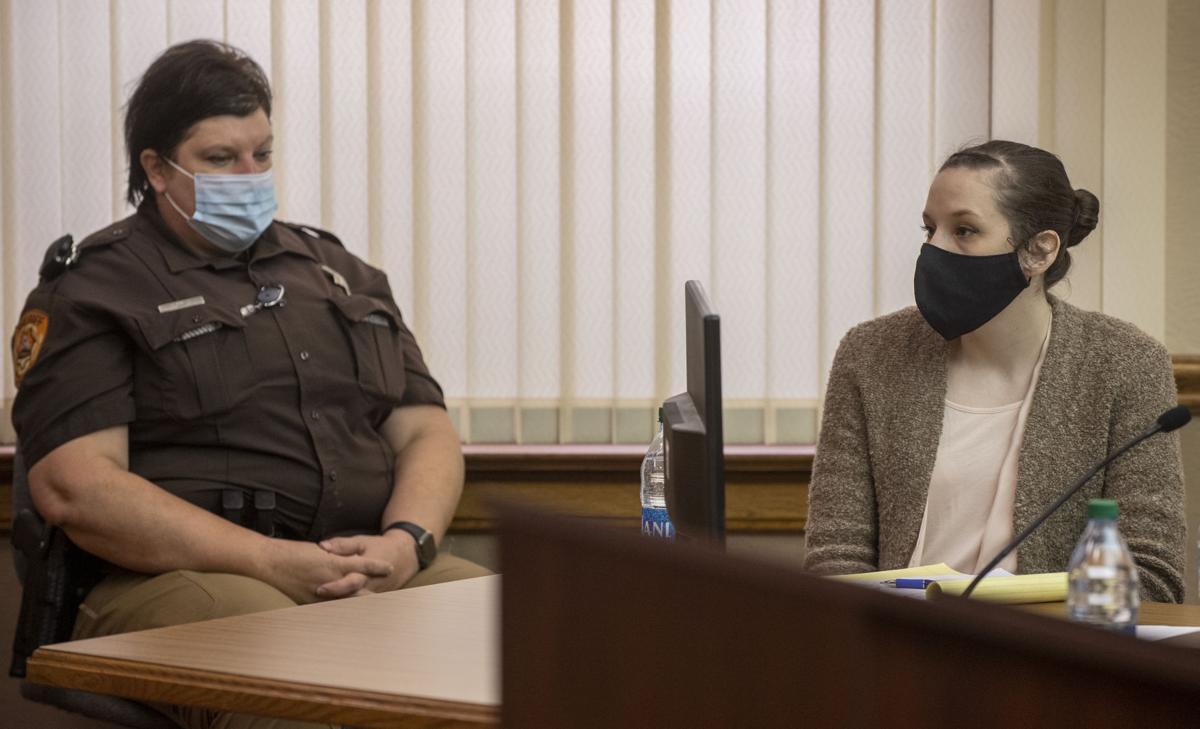 Bailey Boswell (right) looks towards the jury as District Judge Vicky Johnson (not shown) tells the jury the charges against her Friday at the Dawson County Courthouse. 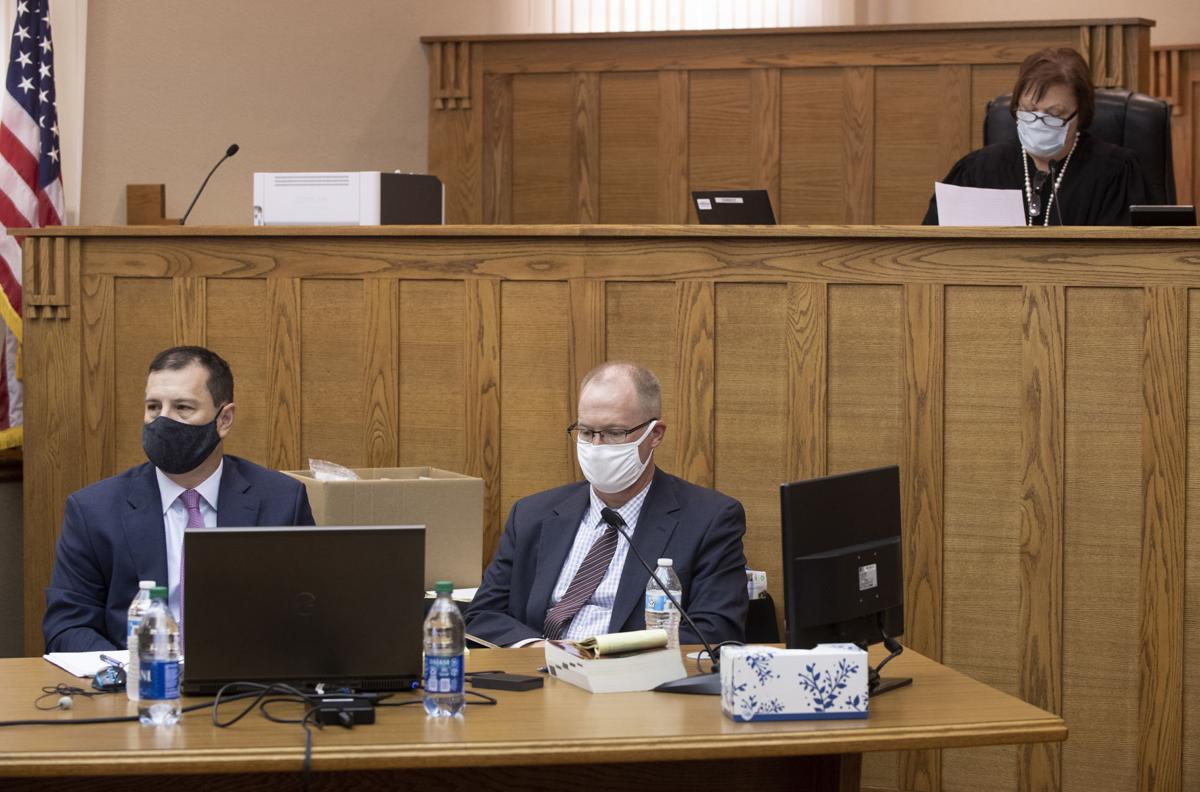 FBI Special Agent Mike Maseth (left) and Assistant Attorney General Mike Guinan (center) listen as District Judge Vicky Johnson gives instructions to the jury at the start of the Bailey Boswell's murder trial for the killing of Sydney Loofe on Friday at the Dawson County Courthouse.

Sydney Loofe had gone home to Neligh the weekend before she disappeared after a date, never to be seen again, her mom testified Monday, the first day of testimony at the murder trial of the woman accused of luring her daughter.

It wasn't uncommon for her middle child, 24-year-old Sydney, to make the 2½-hour drive from Lincoln, where she worked at Menards, for a weekend visit, Susie Loofe told the jury at Bailey Boswell's trial in Lexington.

But during her daughter's visit on the weekend of Nov. 10, 2017, Sydney told her mom she didn't think her medication for depression and anxiety was working.

So they made a doctor's appointment for Monday, and Susie rode to Lincoln with Sydney in her Dodge Nitro. Sydney's dad, George, followed in their truck.

They cleaned up Sydney's apartment on Colfax Street and bought her groceries Sunday night. Then, after the doctor's visit the next day, they picked up Sydney's new meds before Susie and George made the trip home.

It was the last time they would see their daughter.

"She and I texted pretty regularly," Susie Loofe told the jury.

When she asked Sydney how she was feeling Tuesday of that week, she said she felt a lot better, "it must be working."

The next day, Nov. 15, her daughter, a jeans and T-shirt kind of girl, posted a selfie on Snapchat in one of the dressy shirts she liked to wear for family occasions saying: "Ready for my date."

Susie Loofe took a screenshot of the photo and asked why Sydney didn't tell her about the date.

Her daughter's phone got the message but no reply followed, and when Susie Loofe tried calling later, it went straight to voicemail.

"Did you ever hear from Sydney again?" Assistant Attorney General Mike Guinan asked her on direct examination.

In Sydney's name: Loofe family reflects a year after disappearance

She started to worry when she learned her daughter didn't show up for work the next day.

She knew her daughter had been depressed. But that wasn't it, Susie Loofe said. It wasn't like Sydney to ignore her texts or not to let work know she wasn't coming in. When Sydney's friends in Lincoln started texting, Susie Loofe started to worry more and called Lincoln police.

She and George and Sydney's younger sister met police that Friday morning at the apartment on Colfax, where Sydney's SUV sat in the driveway and where they found her cat without food or water.

Lincoln Police Sgt. Tyler Cooper said when he got into the apartment, Sydney's purse was on the counter but they didn't find a wallet or keys or phone.

From that, he said, he assumed that either Sydney never had made it home or had left willingly.

Meanwhile, Loofe's friends worked together — one sending Loofe's sister a photo of "Audrey," the woman Sydney had gone on a date with Nov. 15, 2017, and another setting up a Tinder profile to try to track her down.

Brittney Flinn's and Brooklyn McCrystal's help led to a phone number, which led police to Boswell.

One of Boswell's attorneys, Jeff Pickens, asked McCrystal if Audrey, whose photo was the same as the profile picture Loofe had sent Flinn, could've been someone else since they only texted or messaged.

"As far as you knew, you could've been talking to a 400-pound man who lived in his parents' basement?" Pickens asked.

McCrystal said she knew Loofe had met Audrey in person, and that the girl in the picture was her. But, yeah, she conceded. She had no way of verifying exactly who she had been texting.

The number led police to Boswell and her boyfriend, Aubrey Trail, who at first claimed to have nothing to do with Loofe's disappearance in calls with police and in a Facebook video. Trail later would tell investigators he had dismembered Loofe's body and disposed of her remains in garbage bags in ditches off rural roads, where they later were found.

He said Sydney Loofe's death was an accident during sex, but that he got rid of her body because police wouldn't believe him.

The state alleges that Trail and Boswell were recruiting women in a plot to kill someone and had picked Loofe as their target.

Last year, a jury convicted Trail of murder and conspiracy to commit murder. He pleaded guilty to unlawful disposal of human remains.

Boswell now is on trial on the same charges. The trial is expected to last three weeks but was off to a quick start with nine witnesses.

However, judge Vicky Johnson said one planned witness wouldn't be coming after testing positive for COVID-19. It was the first pandemic-related snag at a trial where most are watching from an annex and everyone in the courtroom is wearing masks or face shields.

A two-year-old girl has died after being hit by a car pulling into a driveway on the 300 block of Lincoln Avenue in Council Bluffs Saturday according to the Council Bluffs Police Department.

Ty Milleson, 22, was killed in a car crash Sept. 18 on Nebraska Highway 91 near Dunning. He and his wife, Shelby, were returning home after dove hunting with friends.

Prosecutors first accused Jered Dworak of felony theft. After a judge found there was no proof a crime had been committed and the case was dismissed, they charged him with tax evasion.

According to the patrol, Trevor Hansen, 29, of Lincoln was trading illicit images of children using a phone messaging application.

Jennifer Koll and her son, who lived in a separate apartment in the basement, noticed a strong odor of bleach after the night of Nov. 15, 2017.

The clerk at the U-Stop at 13th and South saw two masked, hooded men come in, and one showed a handgun, police said. The thieves left with cash.

FBI Omaha field office spokeswoman Amy Adams said the agency is asking every field office to circulate the image because they do not know the man's whereabouts.

Helped by hotel clerks who called in tips, FBI closed in on Boswell and Trail

The testimony from hotel managers and others Wednesday gave jurors a glimpse of Boswell's and Trail's demeanors as investigators narrowed in on them, first as "persons of interest" and then as Sydney Loofe's suspected killers.

Nebraska State Patrol lieutenant testifies: "This is what I saw. It's a bag that was partially torn open with human remains protruding from the bag."

DNA testing at the FBI Lab in Quantico, Virginia, failed to provide answers as to who had been wearing the gloves or to tie Bailey Boswell, the woman on trial for Loofe's murder, to the killing.

Bailey Boswell, on trial for the murder of Sydney Loofe, listens as Assistant Attorney General Sandra Allen delivers the opening statement for the prosecution on Friday at the Dawson County Courthouse. 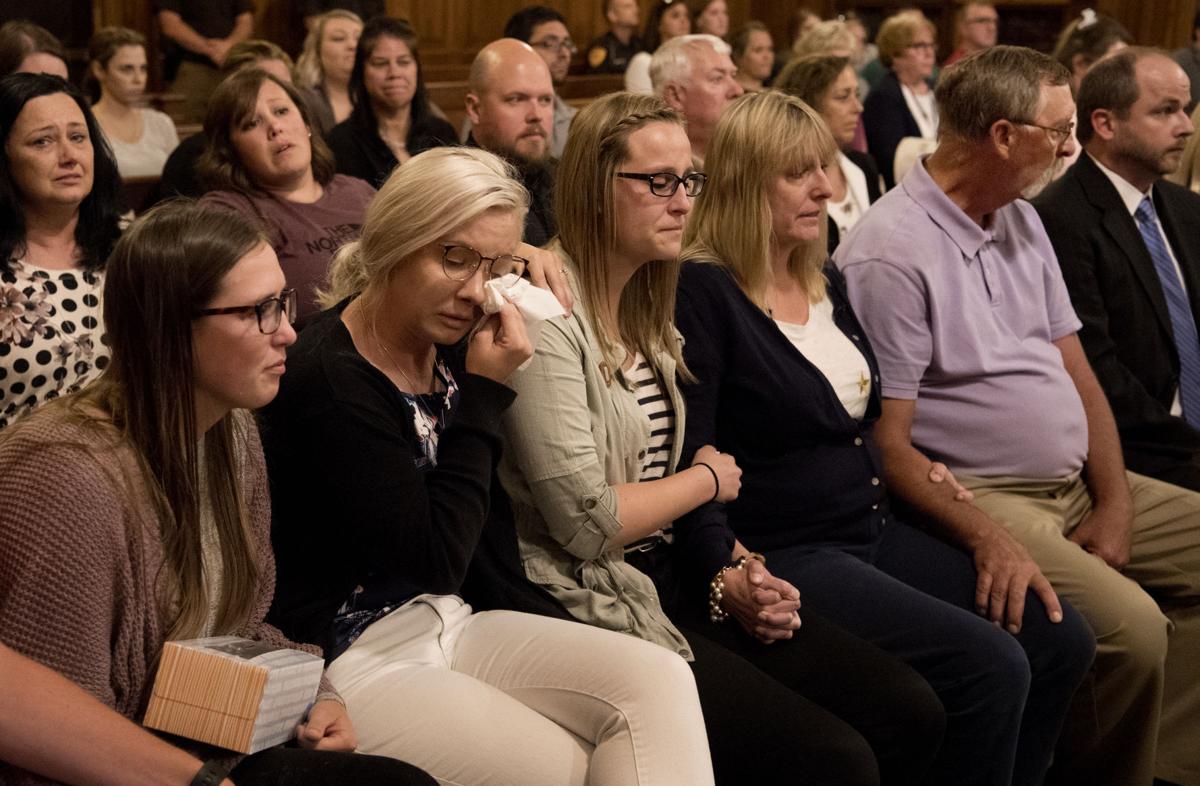 Sydney Loofe's mother, Susie Loofe, sits between her daughter, MacKenzie Loofe, and Loofe's father, George, as the clerk of the court reads the guilty verdict against Aubrey Trail in Saline County District Court last year. The jury of six men and six women deliberated for less than three hours before returning the verdict on a first-degree murder charge.

Bailey Boswell (right) looks towards the jury as District Judge Vicky Johnson (not shown) tells the jury the charges against her Friday at the Dawson County Courthouse.

FBI Special Agent Mike Maseth (left) and Assistant Attorney General Mike Guinan (center) listen as District Judge Vicky Johnson gives instructions to the jury at the start of the Bailey Boswell's murder trial for the killing of Sydney Loofe on Friday at the Dawson County Courthouse.