Federal drug investigators say they and Lincoln's drug task force found 33 pounds of methamphetamine in an early morning search of a Lincoln house on the west end of town Sunday.

It led to the arrest of two men, 24-year-old Jose Marino-Meza, also known as Antonio Ramirez, and 38-year-old Lucio Cruz-Guerrero, on federal charges.

Both were set to make court appearances Tuesday in U.S. District Court in Lincoln on possession with intent to distribute a methamphetamine mix and conspiracy to distribute it.

Seven-hour standoff in Eagle ends without suspect in custody

According to court documents, DEA agents and members of the Lincoln-Lancaster County Narcotics Task Force on Sunday searched five locations, including a home in Lincoln and Omaha and three storage units in Lincoln near the West O Street exit off U.S. 77.

At about 2 a.m., the drug task force served a search warrant at 104 K St., a suspected stash house in a drug-trafficking organization under investigation since March, according to DEA Special Agent Hailey Anderson.

She said they arrested Marino-Meza, who had been sleeping inside, after finding approximately 33 pounds of suspected meth inside the residence and a large undetermined amount of cash.

At the same time, the DEA in Omaha searched a home at 1714 Manderson St., where Anderson said they found 3 more pounds of meth, along with hundreds of wire slips to Mexico, extensive drug ledgers, several cellphones and a large amount of cash.

He alleged that both men had been sent to deliver meth to a confidential source or undercover officer during a monthslong investigation and described six deals in Lincoln between March and August, most involving sales of a half-pound of meth apiece.

Marino-Meza and Cruz-Guerrero both have immigration holds, according to the Lancaster County Department of Corrections, where they're being held.

Timothy DeWaard is accused of knowingly or intentionally causing or permitting a minor child to be placed in a situation that endangered the child's life or physical or mental health.

Witnesses told police the two had been "bantering" back and forth before the shooting happened. Zachariah Serna, who is out of jail on a $50,000 bond, is set to go to court Thursday. 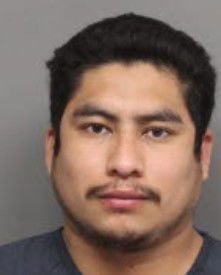 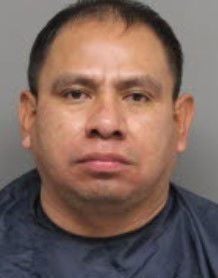