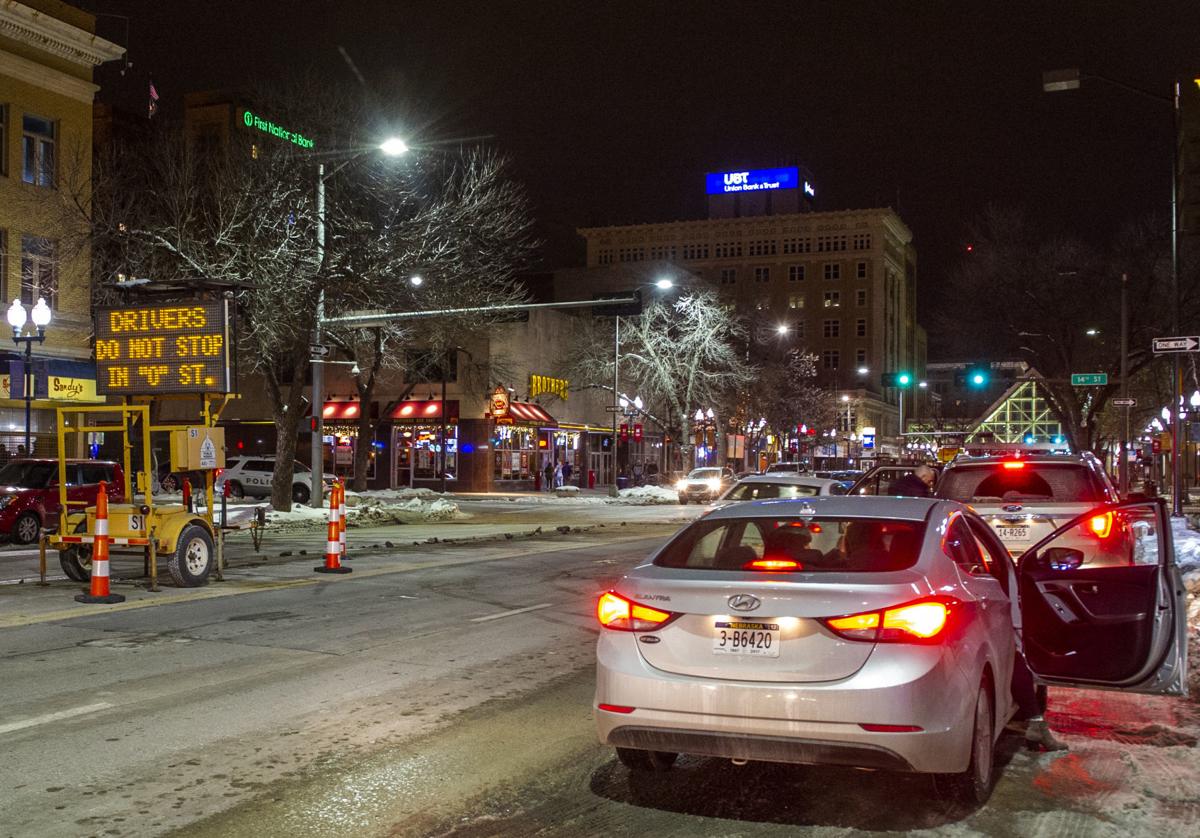 Ride-sharing vehicles legally pull off in the taxi zone to drop off passengers on Jan. 26. A slaying in South Carolina has put a new focus on ride-hailing safety and fake drivers. 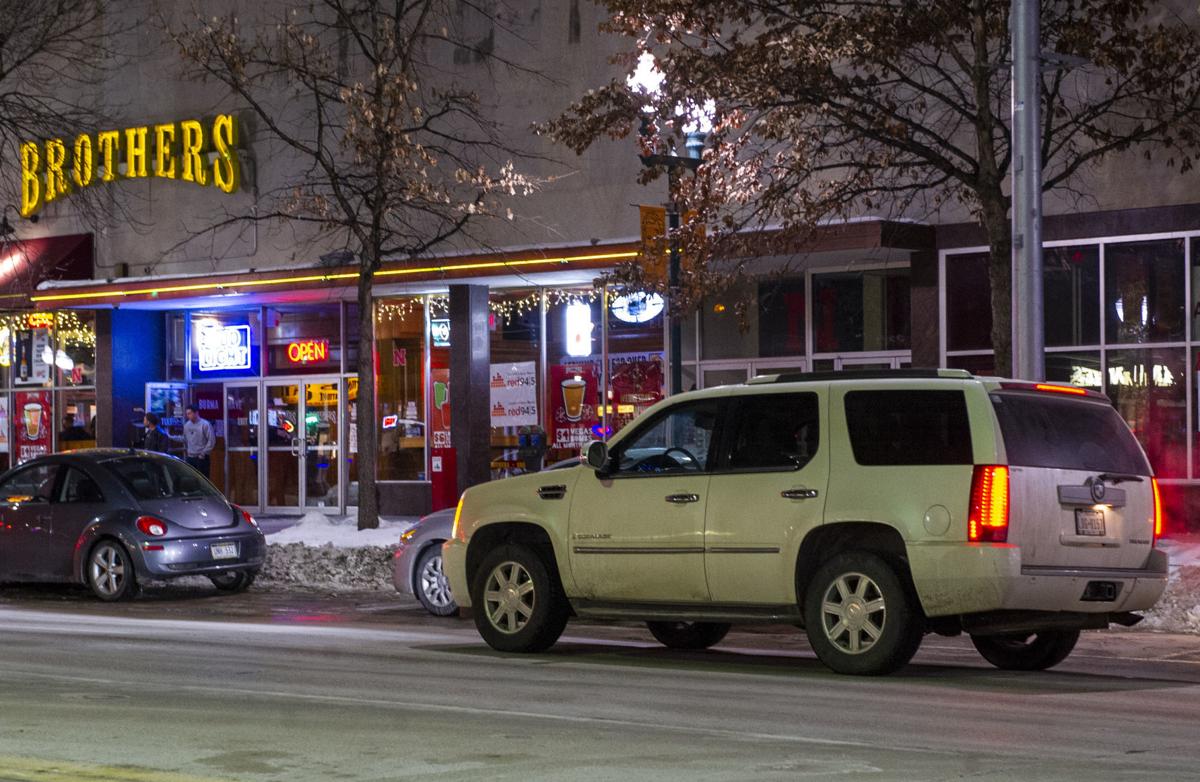 A ride-sharing vehicle sits stopped on O Street with hazard lights flashing last Friday night. Lincoln police are taking steps to crack down on vehicles stopping to pick up or drop off passengers in traffic lanes. 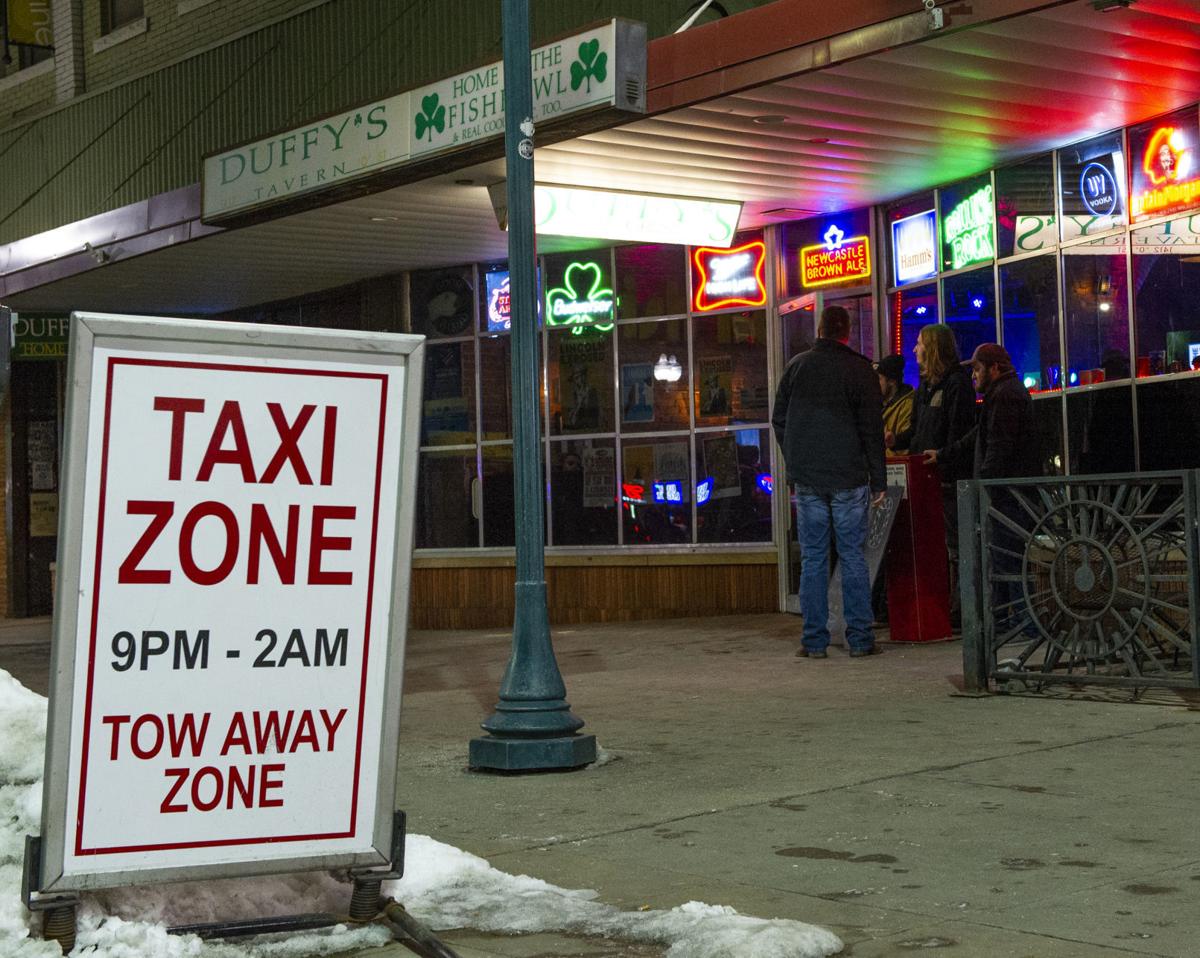 Lincoln police are taking steps to crack down on vehicles stopping to pick up or drop off passengers in O Street traffic lanes. 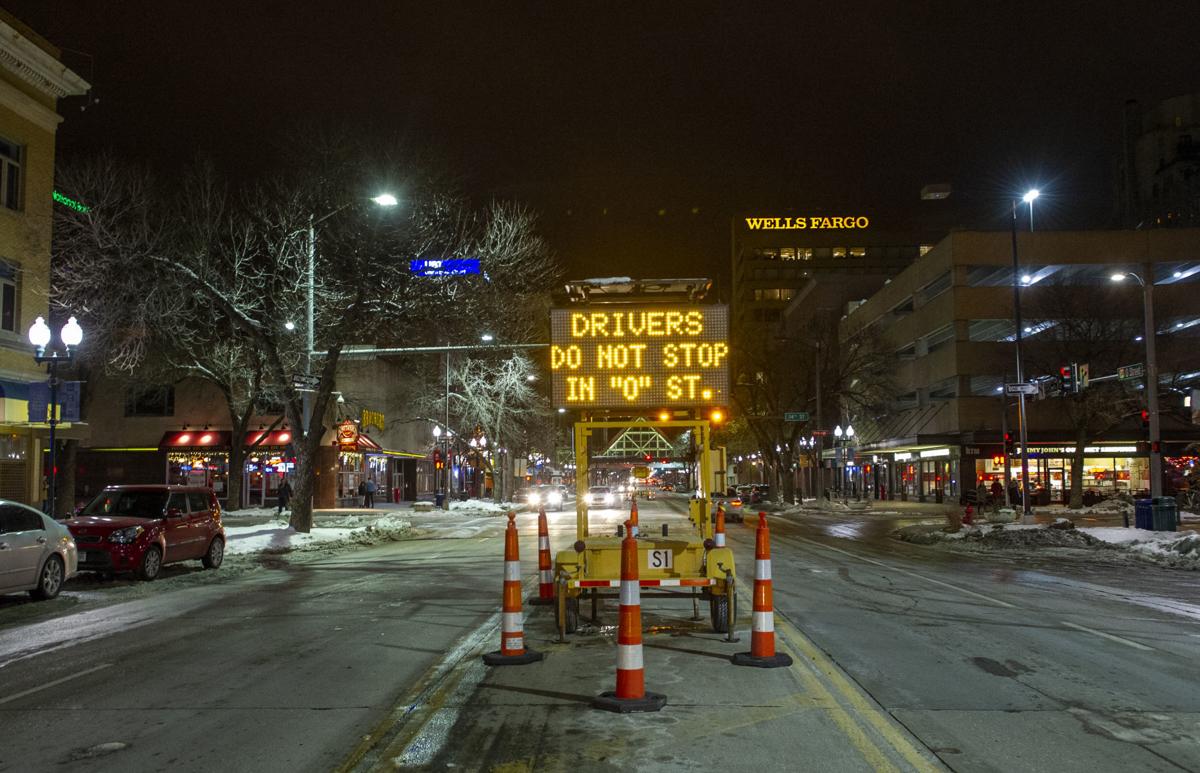 Officers in January began a crackdown on ride-sharing drivers stopping in O Street traffic lanes to drop off or pick up passengers.

Here's something Lyft, Uber and taxi drivers can agree on. They say the city should expand temporary loading zones in and around 14th and O streets to accommodate ride-sharing in the popular bar district.

The announcement this month that Lincoln police have begun ticketing ride-sharing drivers and others who stop to pick up passengers on O Street at bar break is a sign that existing parking options are insufficient, they say.

Police concerns about drunk people walking into the middle of the busy street and crashes from abrupt or unexpected stops to pick up passengers are driving the enforcement effort, a police spokeswoman said.

But bar owners and drivers alike agree officers shouldn't have to police this issue at the busy intersection where often more pressing safety concerns exist.

"They don’t have time to fiddle-fart around with writing tickets,” said B.D. Softley, who primarily drives for Uber.

Lincoln police have been publicly cautioning drivers for more than a year, and after numerous close calls involving cars and pedestrians, the department began warning drivers stopped in traffic, Officer Angela Sands said.

But that didn't curb the problem, and the department began issuing tickets for violating a city ordinance that prohibits vehicles from parking in a way that inhibits traffic, she said.

Police encourage Lyft and Uber drivers to pull off onto side streets, into parking garages or share the marked taxi lanes, but drivers say there's not enough space.

The congestion you see now at the downtown intersection on weekend nights doesn't compare.

"There wasn’t 350 drivers on the road at one time in one area," Denn said.

Drivers see their peers looking to score quick business and cash in on surge prices as contributing to the problem, several drivers said.

"Too many people are stopping on O and causing problems," said Uber driver Dan Sis. "Eventually someone is going to get hurt."

Sis would like to see metered parking spaces north of the intersection converted into temporary loading zones, he said.

Softley supports creating a designated ride-sharing pickup zone, areas that are common near airports and arenas. The Lyft and Uber apps could automatically direct riders to these marked areas, he said.

Denn said the designated Lyft and Uber pickup and drop-off zones work well in the Railyard and Haymarket, and there's parking spaces on the north side of O Street that could be converted.

Drivers see challenges in getting riders to walk more than a couple blocks to be picked up.

Nate Kellison, general manager of Lincoln operations for the taxi company zTrip, said the Happy Cab, Cornhusker Cab and Safeway taxis have noticed the increase in traffic at bar break.

His drivers liked when they were able to park at the bus stop south of the 14th & O intersection several years ago.

But that's now a no-no, and he'd support expanding a taxi lane into that area.

Wayne Mixdorf, the city's parking manager, said that remains an option worth revisiting.

For many years, drivers illegally parked in the bus lane, he said. So taxi lanes were added on O Street, and his staff has towed many nontaxis parked unlawfully, he said.

Only after recent police concerns did this issue reach his desk, he said, and he'll be looking at ways to address the parking and pickup challenges.

Scott Hatfield, who owns Duffy's, remembers how his patrons struggled to find rides home 10 years ago.

Ride-sharing has made fun nights out safer, he said. And police have credited Lyft and Uber with decreases in drunk driving.

He'd like to see the stretch at 14th and O made into a temporary pedestrian mall each weekend from 9 p.m. to 3 a.m. to ensure revelers downtown can go between bars and get home safely.

But at a minimum, he said, more accommodation for drivers who help reduce drunk driving is needed.

Ride-sharing isn't going away, Mixdorf said, adding "Truthfully, we don’t want it to go away."

More than $33,000 in watches stolen after break-in at business

More than $33,000 in watches were stolen in a break-in at the Swiss Clock store in College View early Sunday, a Lincoln police spokeswoman said.

Police arrested a man at his Havelock home after they say he was shooting a tree in his yard with a shotgun early Sunday morning, a department…

All lanes of South 10th Street between K and O streets are now open to through traffic following the replacement of a 133-year-old water main.…

It’s a lot of work keeping golf courses green and attractive and playable.

One killed, another in critical condition after accident near Gretna

A 71-year-old woman was killed and a 45-year-old man was hospitalized in critical condition after a crash just south of Gretna on Friday night.

Mother and three kids killed in crash near Fremont

A mother and her three children were killed in a three-vehicle accident near Fremont on Saturday night, according to the Dodge County Sheriff'…

Lincoln police are looking for the people who stole two vehicles from DuTeau Subaru near 27th Street and Yankee Hill Road.

Lincoln man arrested on I-80 after 3.5 pounds of cocaine and more drugs found

The Seward County Sheriff's Office arrested a Lincoln man for possession of cocaine, marijuana and liquid THC during a traffic stop on Interst…

Bar-goers in the downtown area who hail rides from Uber and Lyft will have new designated pickup zones, the result of a police crackdown on dr…

Ride-sharing vehicles legally pull off in the taxi zone to drop off passengers on Jan. 26. A slaying in South Carolina has put a new focus on ride-hailing safety and fake drivers.

A ride-sharing vehicle sits stopped on O Street with hazard lights flashing last Friday night. Lincoln police are taking steps to crack down on vehicles stopping to pick up or drop off passengers in traffic lanes.

Lincoln police are taking steps to crack down on vehicles stopping to pick up or drop off passengers in O Street traffic lanes.

Officers in January began a crackdown on ride-sharing drivers stopping in O Street traffic lanes to drop off or pick up passengers.