An inmate has sued the Nebraska Department of Correctional Services over a new policy denying him the ability to visit with or write to his wife, who also is an inmate at Community Corrections Center-Lincoln.

Scott Bonham, 38, says in the lawsuit filed last week in Lancaster County District Court that the policy issued in March for the work release center in Lincoln has intruded on the marital bond between him and his wife, Sealess Bonham, leaving both depressed.

Under the policy, married male and female inmates or those who decide to marry while incarcerated may not visit each other, write each other or go out on furloughs or any type of pass together.

Bonham married Sealess Beavers Dec. 6, two months after each transferred to the Community Corrections Center to serve the remainder of their prison terms.

In the lawsuit, Scott Bonham says the policy violates his Eighth and 14th amendment rights, and he wants it changed.

“We’re not here as a match-making facility,” said James Foster, a spokesman for the center. "Being married doesn’t entitle them to more than any other inmate in here."

Male and female inmates at the center generally are barred from talking to each other, even in passing, he said.

Neither Warden Richard Cruickshank nor Assistant Warden Joe Baldassano were available to comment on the policy or the lawsuit.

Foster said the main goal for inmates is to focus on their individual problems so that when they are released, they're ready for life's challenges.

"Instead of meeting somebody," he said, "they need to be finding a job."

Marital issues can get in the way, he said.

Inmates are generally allowed to write to immediate family, he said. When they want to write to each other, most correspondence must be approved first by individual wardens.

The Corrections Department tries to restrict correspondence between inmates to prevent them from planning escapes, according to policy.

Generally, though, inmates can write to incarcerated members of their immediate families, the policy says.

Foster said he wasn't sure what the center's rationale barring correspondence between the Bonhams was and later declined to comment further, citing the pending litigation.

Before Baldassano, the assistant warden, handed down the policy at the Lincoln work release center on March 25, the Bonhams visited every weekend.

Now, they said, they see each other for about 45 minutes each week at Northern Lighthouse Church. Both said they focus on worship and don't talk to each other at the church.

Scott Bonham will complete his three-to-five-year Douglas County sentence for violating a financial transactional device and weapons charges in September.

Sealess Bonham is serving a 10- to 16-year sentence out of Buffalo County on drug charges and will be eligible for parole in July 2015.

The two met about seven years ago through friends in Omaha and dated off and on prior to their incarcerations.

Neither was sober then, Sealess Bonham said in a separate interview at the center.

“I was taken aback,” she said.

They arranged a visit and began talking. She had sobered up by then, she said, and so had he.

“His mind was in a completely different place,” she said.

They’d meet up when each had a pass to leave the center and go to movies or shopping with his mother and her younger brother, Sealess Bonham said.

He proposed during a visit at the center in November, saying he wanted to get married and align their paths.

“He’s my encouragement,” she said. “He’s my backbone.”

Scott Bonham said the two have grown up, and he felt the time was right to marry.

The Bonhams are one of two couples affected by the change, according to the lawsuit.

Scott Bonham said he has heard of other inmates at the center who wanted to marry, but he figures it is for all the wrong reasons.

He's frustrated that his sincere marriage is lumped in with those, he said.

Even after his release, he might have to wait until his wife gets out before he can see her, because Corrections Department policy bars ex-felons from visiting any of the state's prisons right away.

Policy allows ex-felons to visit immediate family members after they've been out for a year.

For now, the couple said, they're holding out hope they can see each other at the center, even if that's not likely.

“We’re all inmates,” said Sealess Bonham, “and we don’t get everything we want.”

"I don't want to cause trouble," Scott Bonham said. "I just want to visit my wife."

Reach the writer at 402-473-2657 or rjohnson@journalstar.com. On Twitter @LJSRileyJohnson. Lori Pilger contributed to this report.

The inmate who sued the state, saying a prison policy intruded on his marriage, remains behind bars and unable to write or visit his wife. But… 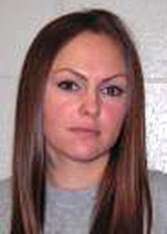