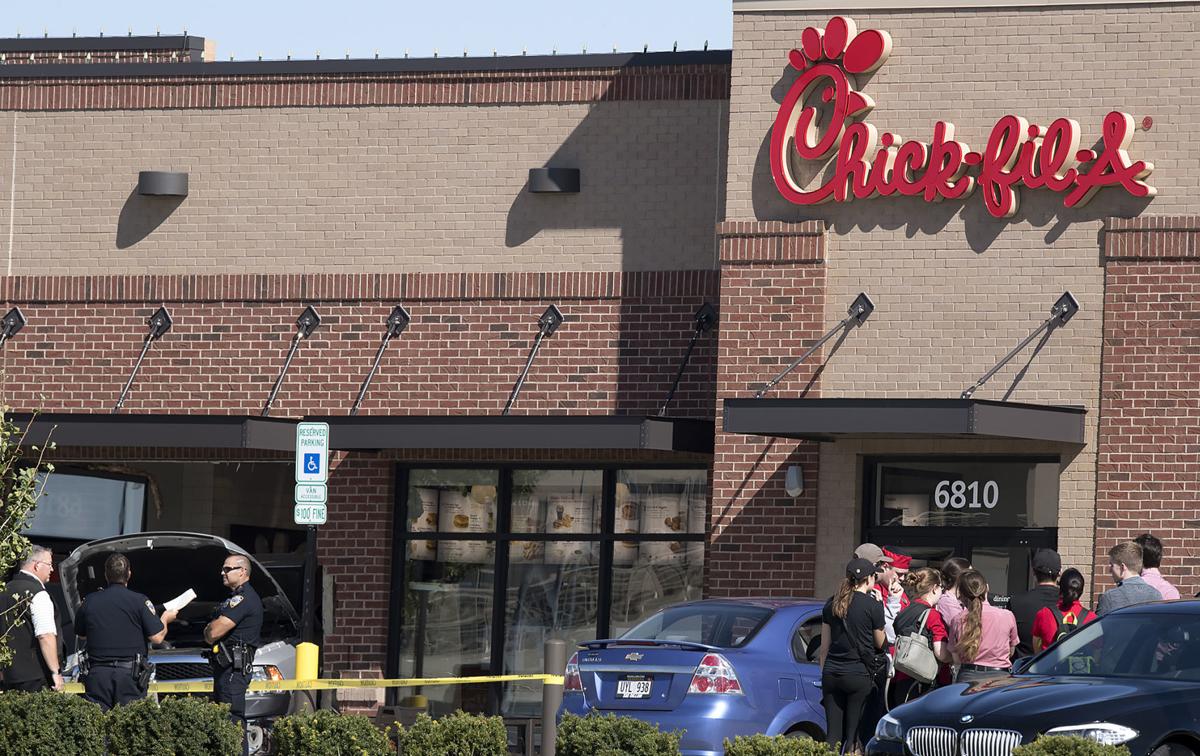 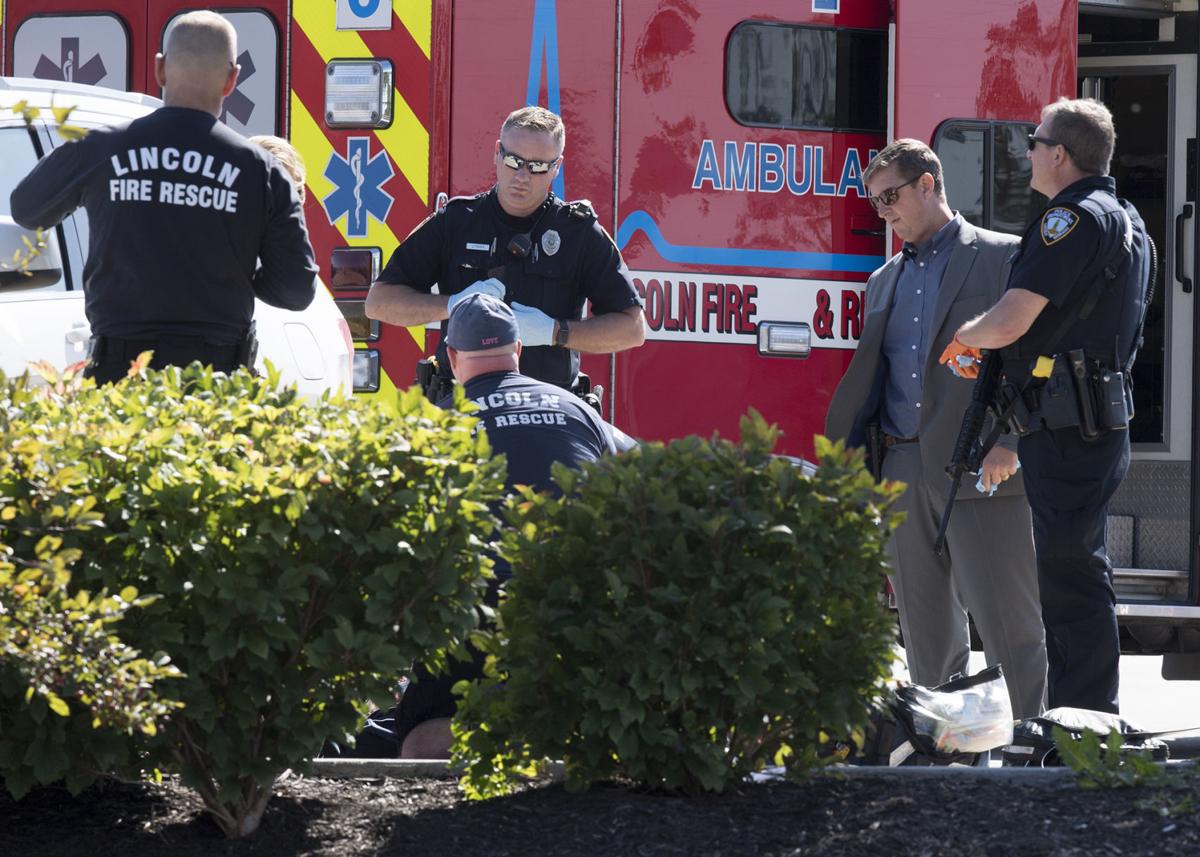 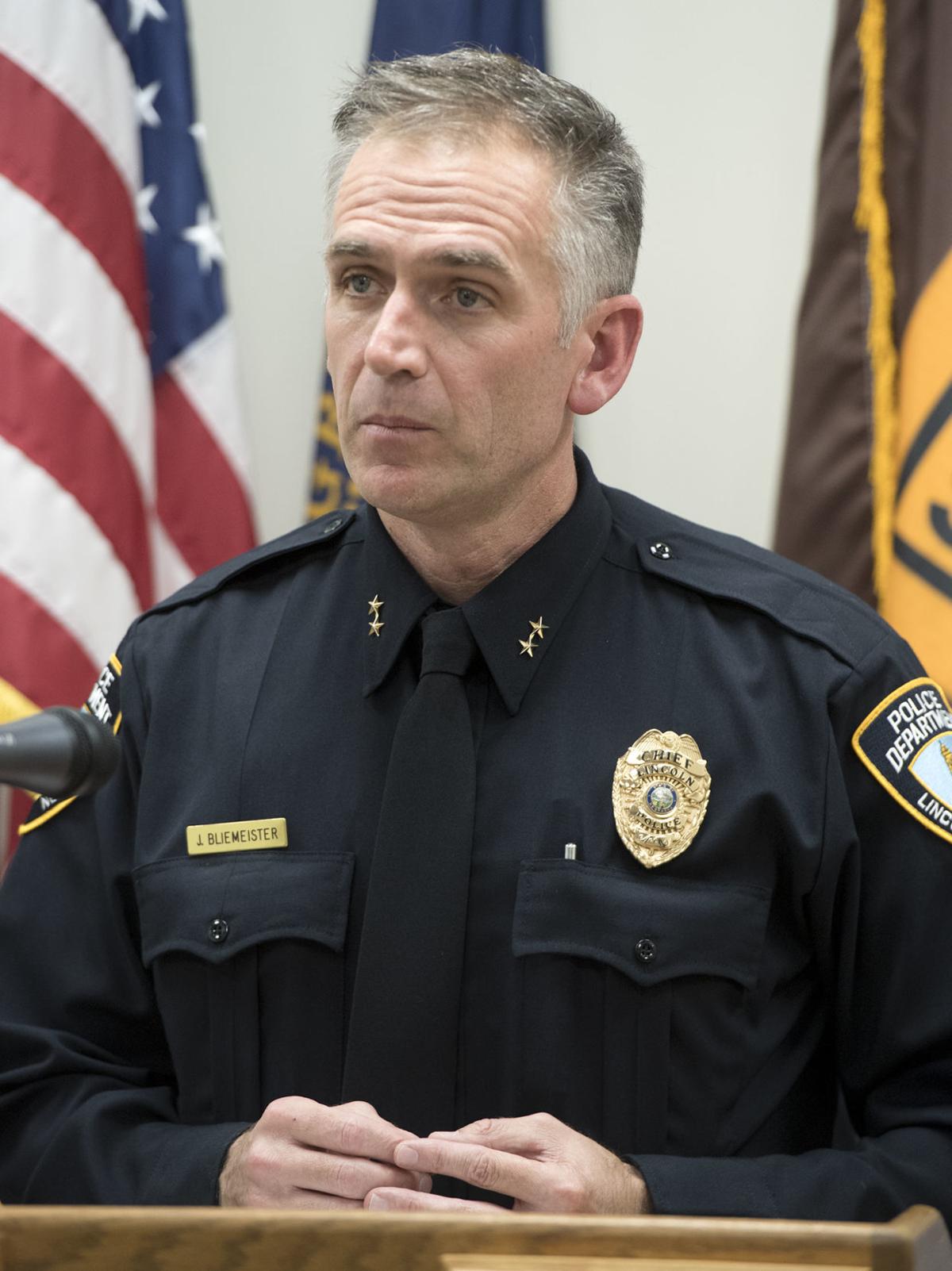 A disgruntled customer who was escorted out of a Chick-fil-A restaurant in south Lincoln on Tuesday afternoon and then drove his pickup into the building, was shot and killed by a railroad officer, Lincoln Police said.

Officers were called to the restaurant at 6810 S. 27th St. shortly after 1 p.m. on an initial report that a vehicle had driven into the business, police said at an afternoon news conference.

On their arrival, police found the uniformed BNSF Railway senior special agent performing CPR on the suspect, who customers and employees described as a balding, middle-aged man dressed in black.

He died of injuries at the scene. Police are expected to release his name Wednesday.

According to witnesses, the man had begun to act erratically inside the restaurant just as the lunch rush began to slow.

Thomas Arias was working behind the counter when the 15-year-old heard a commotion in the dining room, looked over and saw a customer flipping tables and throwing food.

A Chick-fil-A manager ordered employees to move toward the back of the restaurant and then out the rear door.

Todd Ogden, president and CEO of the Downtown Lincoln Association, who was at the restaurant with his wife, tackled the man from behind when he saw him screaming and attacking customers and then forced him outside.

The man then got into a silver 2018 Dodge pickup and drove it in reverse through a bank of windows on the northwest side of the restaurant, coming to rest against the front counter.

Employees and customers began to flee at that point, said 14-year-old David Arias, Thomas’ brother, who was also working Tuesday.

When the vehicle came to a stop, the man exited and continued to pursue customers and employees through the restaurant, carrying what witnesses described as a stun gun.

As he followed them outside, the man ran into the uniformed BNSF agent, an eight-year veteran who was in a marked vehicle in the drive-thru lane, witnesses said.

“The cop was like, ‘Calm down and back off,’ but the guy kept approaching,” Thomas Arias said. “So the cop pulled his gun and shot him.”

Ogden said the man appeared to tase the officer before witnesses heard two pops — the sound of the BNSF agent shooting the man outside the business near the drive-thru area.

The agent, a commissioned Nebraska law enforcement officer, began to perform CPR on the man before emergency personnel arrived.

No one else was injured during the incident, Lincoln Police Chief Jeff Bliemeister said, and there is no ongoing public safety concern.

It is legal in Nebraska to possess a stun gun or Taser for self-defense, though misuse of one could result in criminal charges.

As the investigation began Tuesday afternoon, police said they aren’t sure what, if anything, led the man to begin to harass other customers inside the Chick-fil-A.

Bliemeister said “there has been absolutely no information reported to us” about the man “espousing any type of extremist beliefs.” Nothing tied the man to the restaurant other than him being a customer, the chief added.

Officers were serving a search warrant at the man’s Lincoln apartment later Tuesday, and have recovered the man’s weapon, although they did not say what kind of weapon it was. Investigators were also reviewing surveillance videos, as well as photos and videos taken inside the restaurant by witnesses.

The man was known to police, Bliemeister said, but did not have an arrest record.

The pickup lodged in Chick-fil-A was registered to a man who listed his address as Stone Ridge Estates, a gated, upscale apartment complex near 27th Street and Yankee Hill Road.

Just after 5 p.m. Tuesday, a single officer was standing next to his cruiser outside the man's apartment, but there was no other activity.

The restaurant was closed. Just after 8 p.m., a wrecker was removing the pickup from inside the restaurant, and a significant police presence was seen at the site.

BNSF agents are active in all law enforcement duties. They do uniformed patrols to combat trespassing and cargo theft, monitor crime trends and work with other state and local police agencies to investigate crimes occurring on railroad property. There are five agents in Nebraska.

A BNSF spokesman referred questions about the agent’s involvement to Lincoln Police.

About a mile away, Southwest High School went into lockout after the initial police response, meaning students and faculty were locked inside the building. Because Tuesday was an early release day, students generally would have been leaving about the time of the incident.

With the scene secured, onlookers watched as officers began their investigation.

As building and safety crews surveyed damage to the restaurant, police moved the approximately 25-30 witnesses to a corner of the parking lot opposite from where the shooting took place and began conducting interviews.

At about 2 p.m., employees and customers were escorted back into the building to collect their belongings and were allowed to leave.

Chick-fil-A, which is on the west side of SouthPointe Pavilions near 27th Street and Pine Lake Road, is a popular spot for lunch in the area.

Charlie Colon, the restaurant franchise owner, arrived shortly before 2 p.m. and huddled with his employees in the parking lot, many of whom had been joined by family members.

Colon praised his employees for their actions, saying he hired each because of their character, love and their compassion, and led a tearful prayer that included the deceased man, the BNSF agent, and everyone who was inside the restaurant.

See which stories were the most popular on JournalStar.com in 2019.

Crews douse fire near 56th Street exit on I-80

Teenager arrested as suspect in slaying at Omaha store

OMAHA — Police have arrested a teenager suspected of fatally shooting a man at a store in east Omaha.

Lincoln police say two guns were stolen in a break-in at a west Lincoln self-storage business over the weekend.

The CEO of a tech company formerly based in Lincoln has been indicted on suspicion of four counts of unlawful intrusion into a protected computer.

BEATRICE — A woman has been accused of stealing more than $100,000 while working for a Beatrice insurance agency.

A day before crashing pickup into Chick-fil-A, man told Lincoln Police he was 'getting ready for the game'

A day before Joseph Francis Cimino stormed into a Lincoln Chick-fil-A, throwing diners' trays off tables before ramming his pickup into the re…

As the behavior of a man seemingly intent on disrupting an otherwise typical lunch hour escalated Tuesday, a two-day training session on threa… 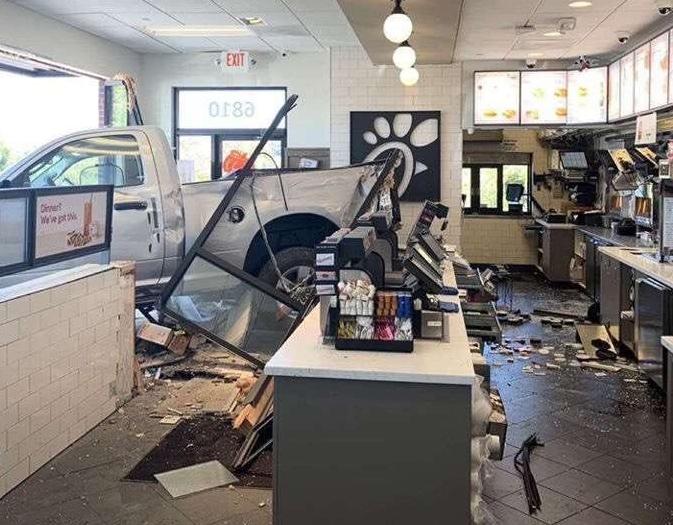