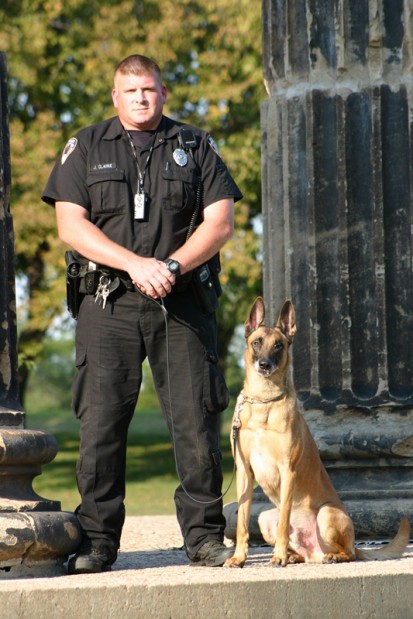 Lincoln Police Sgt. John Clarke, who died Monday, Feb. 25, 2013, was the head trainer for the K-9 unit. He's shown here with his dog, Beersie-Remo, who will stay with another handler until the dog retires later this year. 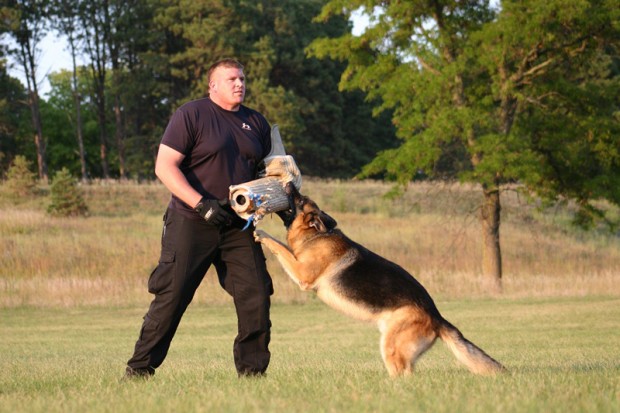 A cops’ cop who was religious about fitness collapsed Monday morning after working out and died.

Lincoln Police Officer John Clarke, 43, finished working out on a machine at Snap Fitness, 5900 S. 85th St., at about 11 a.m., sat down and fell over. A personal trainer or physical therapist rushed to give him CPR. Rescue workers took him to Saint Elizabeth Regional Medical Center, where doctors said he had died.

Having joined the department in 1991, Clarke was a 21-year veteran and  a canine handler for more than 15 years. During his career, he was on the SWAT team, a firearms instructor, a midget football coach and helped with police summer camp. He also volunteered in the Special Olympics’ National Games and participated in several Polar Plunges.

“He made the difference in a lot of people’s lives,”  Lincoln Police Chief Jim Peschong said. “He’ll be missed dearly by the department and his co-workers.”

One such life was that of a man suffering from Alzheimer’s. Clarke marshaled a manhunt in 1999 after the man got lost wearing light clothes in freezing temperatures.

Even with the help of an aircraft from the Nebraska State Patrol, the department couldn’t find the man during a search of a 10-mile area and called it off at about 1:15 a.m.

Clarke found the man just before 3 a.m., curled in a fetal position on a concrete patio. He picked the man up, put him in his warm cruiser and hailed rescue crews.

“John’s action most definitely saved the man’s life,” Peschong said. “That’s what John’s all about.”

Clarke was a role model who made his co-workers better police officers, Peschong said. Other officers wanted to be as good as Clarke was, and he pushed them to get there.

He was nominated for the department’s Officer of the Year award in 2010. Usually an officer gets his hat thrown in the ring by another co-worker, Lincoln Police Officer Katie Flood said. Clarke inspired 10 colleagues to fill out the forms required to nominate someone.

“It was a very lovely read,” Flood said.

Clarke’s police dog, Beersie-Remo, will stay with another handler until the dog retires later this year, something that had been scheduled before Clarke’s death.

Clarke leaves behind his wife, Lisa, and their three children. Friends, family and co-workers were working out funeral arrangements Monday evening.

Reach Jonathan Edwards at 402-473-7395 or jedwards@journalstar.com. Follow him at twitter.com/LJSedwards.

Teen recruits Husker legend to give back to fallen cop's family

Jump Shots for John will benefit the widow and children of Lincoln Police Officer John Clarke.

Lincoln Police Sgt. John Clarke, who died Monday, Feb. 25, 2013, was the head trainer for the K-9 unit. He's shown here with his dog, Beersie-Remo, who will stay with another handler until the dog retires later this year.