Lincoln's police chief and mayor say they see plenty to be optimistic about in a recent review of crime statistics for the city, which last year continued a trend of fewer major crimes.

At a presentation on the numbers Friday, Police Chief Jeff Bliemeister touted a steady, 28% drop between 2010 and 2019 in the number of FBI-dubbed Part I crimes, which include everything from murders, rapes and aggravated assaults to robberies, burglaries, arsons and thefts.

In fact, the total crime rate per 100,000 people dropped to the lowest point in Lincoln since 1970. All in a period when the city added more than 28,000 people, equivalent to the town of Fremont, and grew nearly 8½ square miles, he said.

But Bliemeister also acknowledged a troubling increase in violent crime, a subset of Part I crimes that includes things such as killings and the most serious assaults, which last year inched to their highest point since 2010.

He said homicides were statistically flat. Lincoln had five last year. Six in 2018. Aggravated assaults, the biggest factor of violent crime, saw a slight uptick, too.

Mayor Leirion Gaylor Baird said Lincoln's crime statistics, particularly the fact that the number of homicides last year can be counted on one hand, makes the city the envy of mayors nationwide.

LPD's work is critical to making Lincoln a great place for people to call home and raise a family, she said, and is a shining example of using data-driven, evidence-based strategies.

Bliemeister credited the addition of 32 officers in the last decade, 29 of them since 2016, as well as the department's use of technology to make smarter use of its resources.

"It helps us. It makes us a safer community," he said.

To address an increase in sex assault reports, he said, the department is preparing to apply for a grant, along with the Family Violence Council, to hire another full-time investigator and a victim advocate.

In 2019, police worked with leadership from Voices of Hope, the Child Advocacy Center and Bryan Health about how to best address previously untested sexual assault kits.

Since that happened, Bliemeister said, police have reviewed 381 legacy cases and sent an additional 105 cases to the state lab for review. So far, 40 have been returned, and additional work is occurring with three.

He said many of the cases where the kits hadn't been tested involved an issue of consent, not whether sex had occurred.

Bliemeister said he has identified missing person cases, particularly those involving teen runaways who could be vulnerable, as an area to work on, and police are planning for a standalone northwest team down the road.

They're also working on how to better keep up with the flood of video and cellphone evidence they receive in an effort to improve clearance rates for Part I crimes that have been dropping since 2010.

Friday afternoon, Officer Luke Bonkiewicz said they tried to figure out what was behind the decrease in Part I crimes and are implementing steps they hope will improve it, particularly targeting thefts at businesses. They suspect policy changes related to shoplifting may have had an impact.

"There is always room for improvement," Bliemeister said. "But overall, the men and women of our staff do outstanding work, and I'm incredibly proud of them."

The inmate used a homemade weapon fashioned from a toothbrush to cause two puncture wounds to the back of a staff member's hand, according to the Nebraska Department of Corrections.

U.S. Attorney Joe Kelly said that between 2012 and June 2019, the man assumed a fictitious online persona and developed an online relationship with his victim, sending texts and videos back and forth.

Lincoln police say a 51-year-old man and 49-year-old woman were assaulted early Friday at their home near 44th and F streets.

ORD — A Valley County jury on Thursday found a Roman Catholic priest not guilty of sexually assaulting a woman in his Ord home in 2018.

Police: Kids, animals removed from Havelock home due to neglect

The Nebraska State Patrol made an arrest after a high speed chase through multiple counties Sunday afternoon.

A westbound vehicle collided head-on with a city-owned snow plow that was removing snow from the center of the downtown street. A 34-year-old man has died.

Automobile collides with artwork in median

The department has also applied to the Family Violence Council for a grant to hire a full-time sexual assault investigator and a victim advocate dedicated to continuing assistance and care of victims of sexual violence. 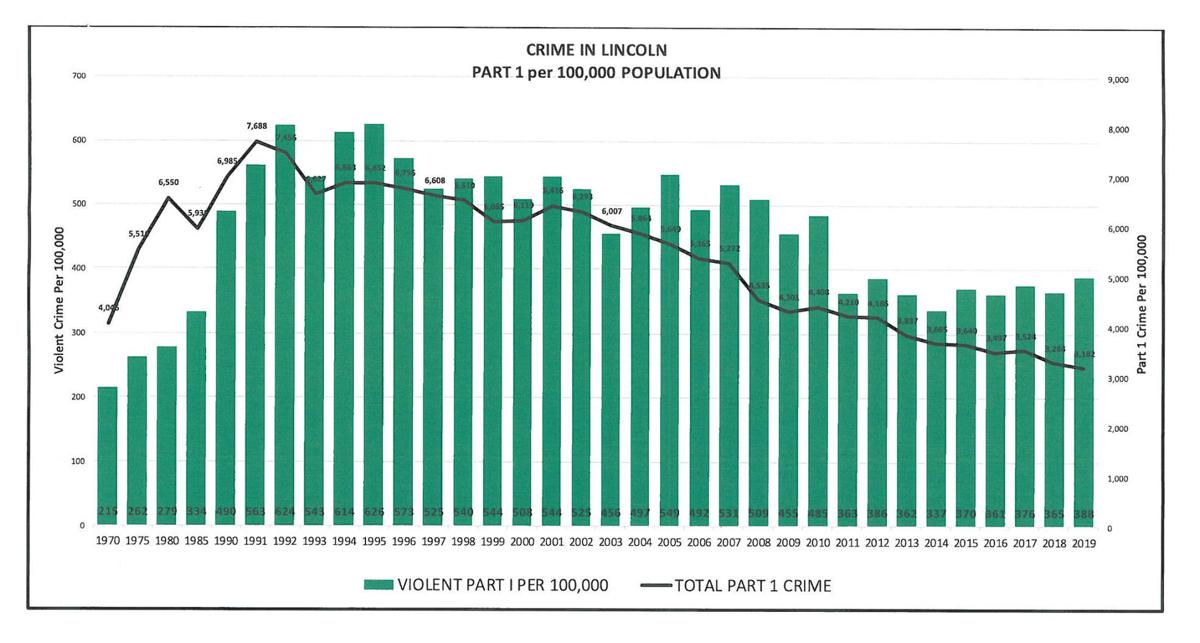 This chart shows figures for total and violent crime in Lincoln per 100,000 residents. 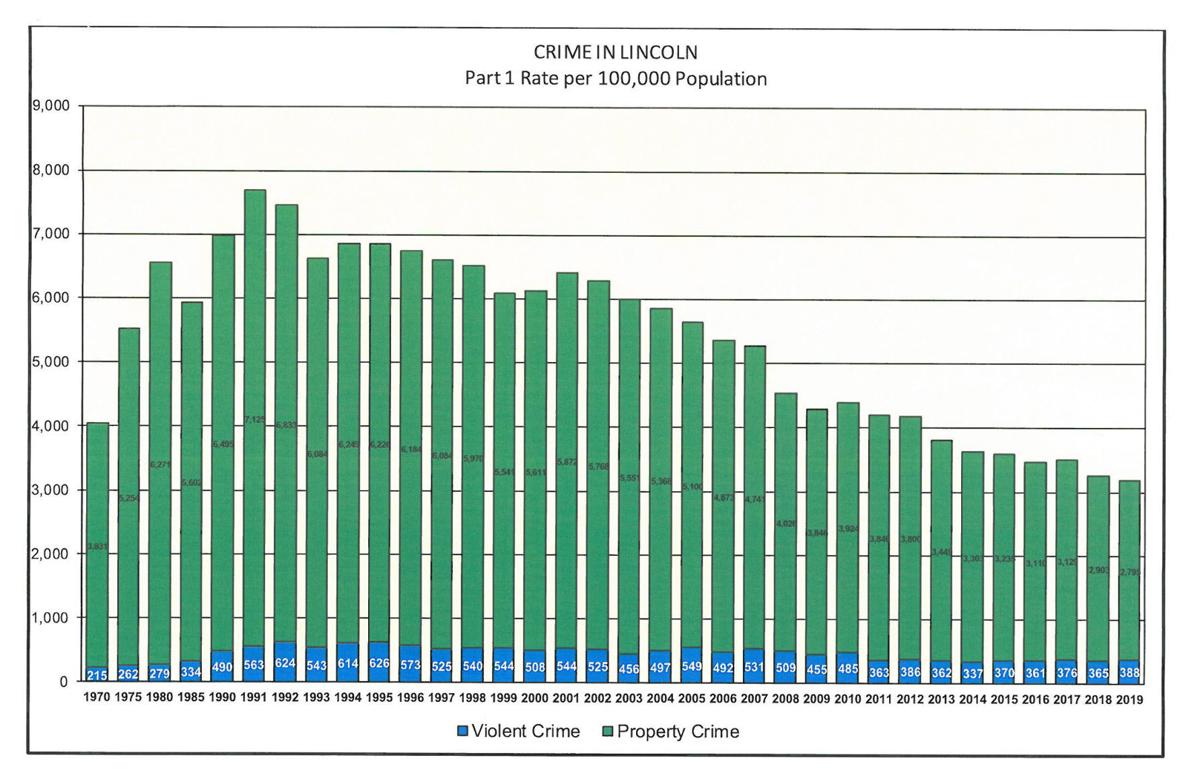 This chart shows Lincoln's rates of violent crime vs. property crime per 100,000 residents. 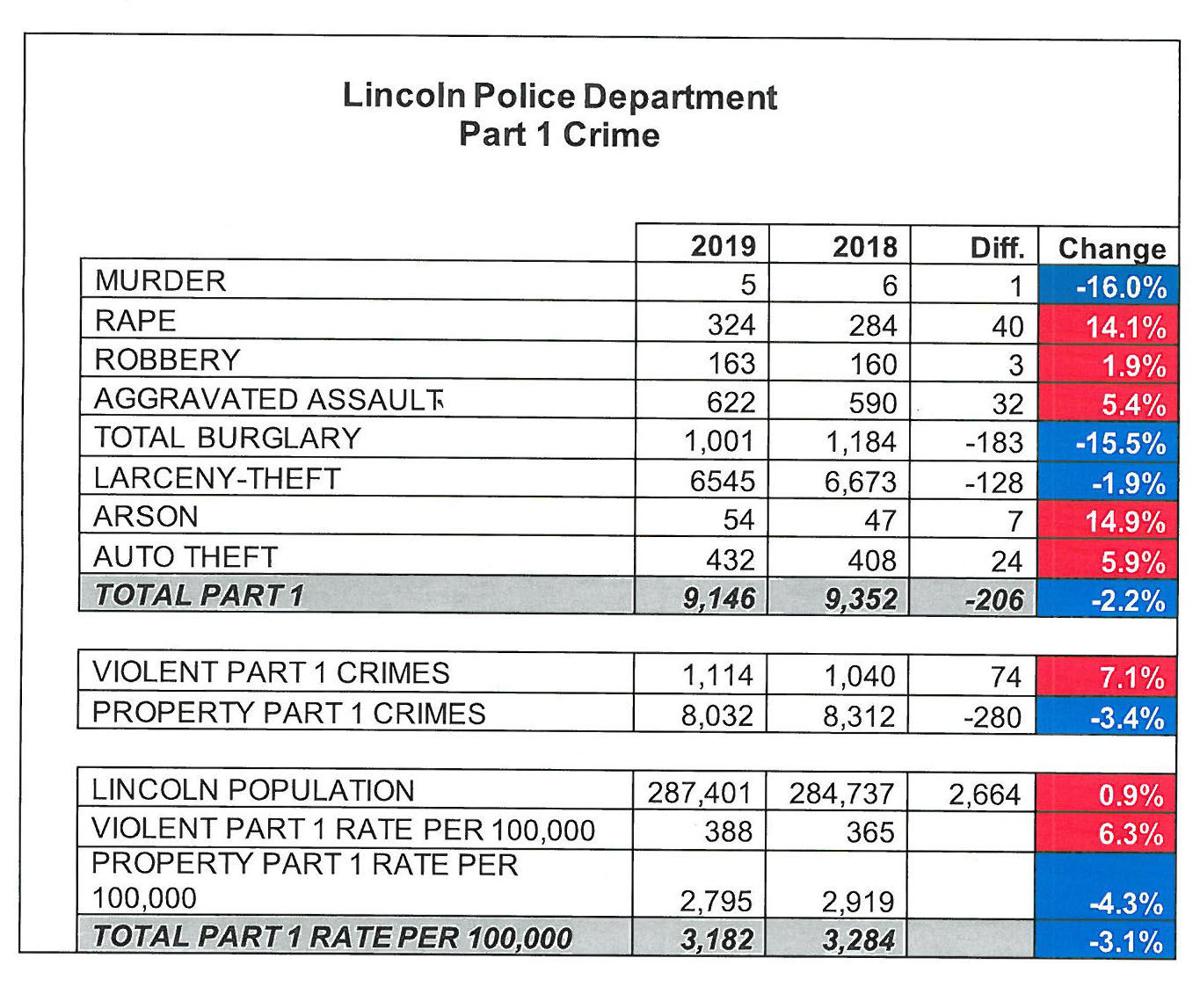 This chart shows changes in Lincoln crime statistics between 2018 and 2019. 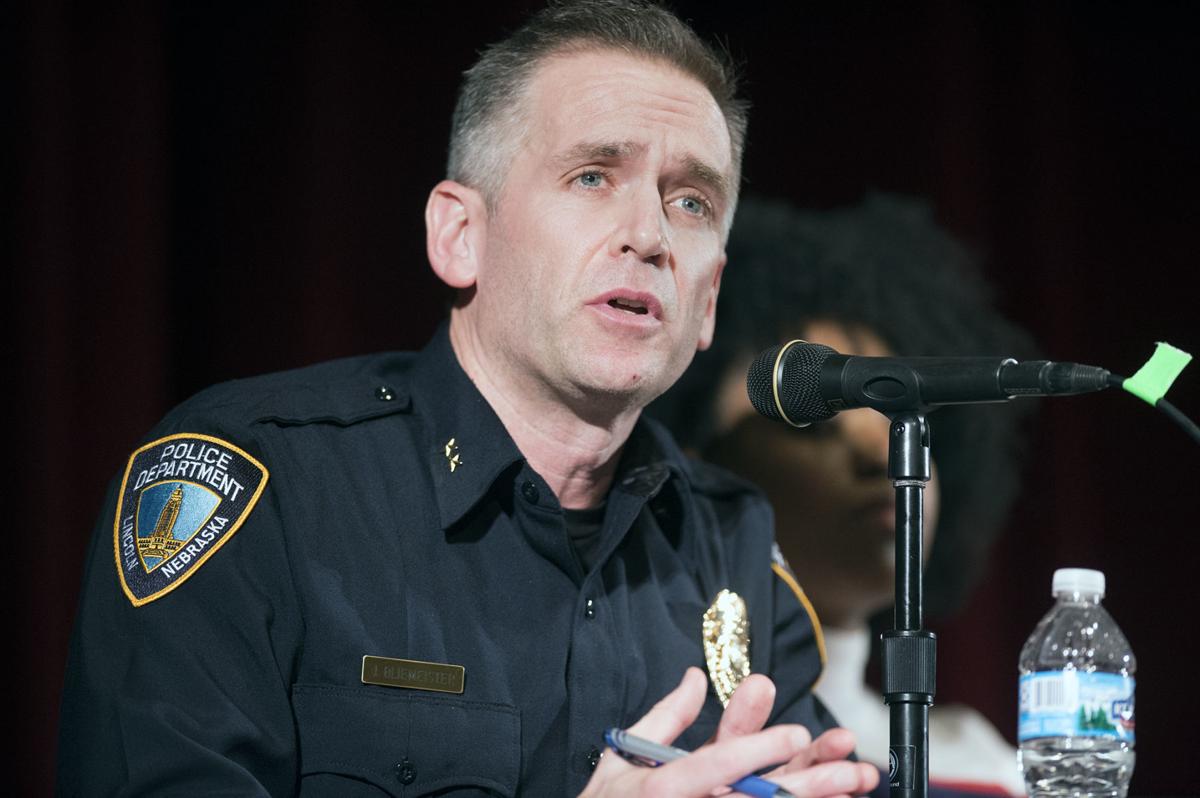