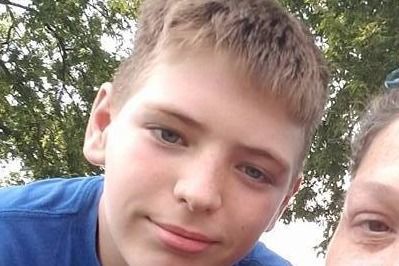 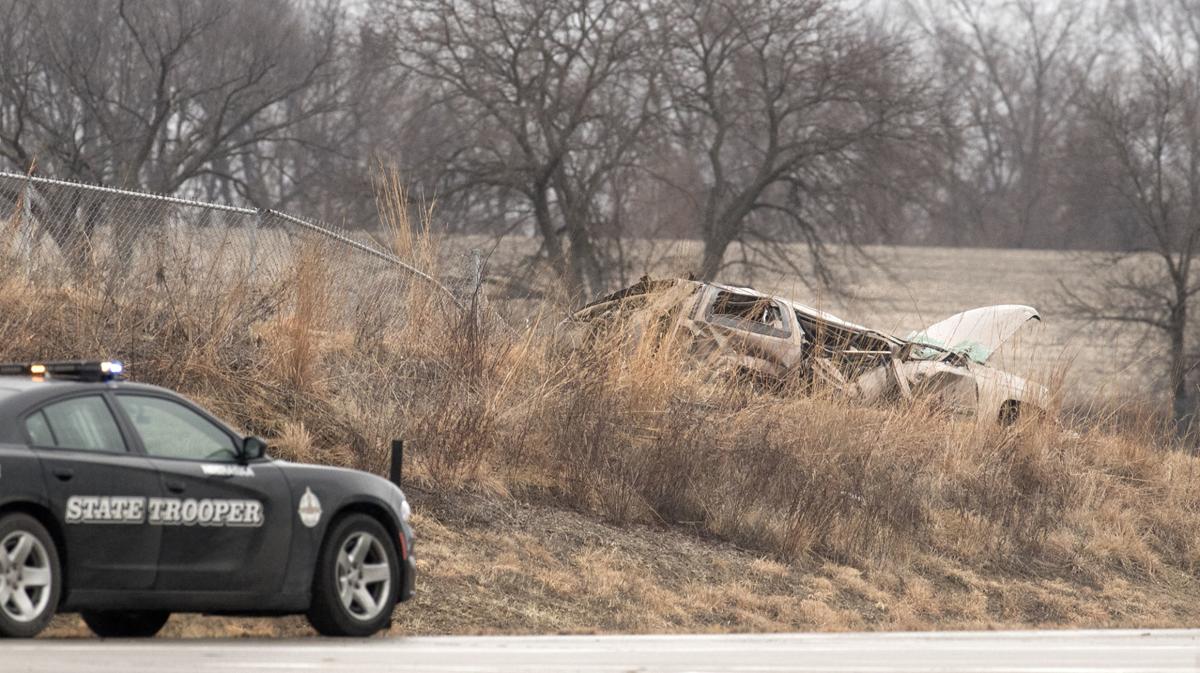 A Lincoln teen was killed when an SUV rolled trying to exit Interstate 80 at Northwest 48th Street on Dec. 26, 2018.

The mother of a 14-year-old Lincoln boy killed when a stolen SUV crashed during a December 2018 police pursuit has accused Lincoln police and Lancaster County sheriff's deputies of negligence.

They should have known the driver of the vehicle in which Zayne Yost was riding was inexperienced and there weren't pressing reasons to continue the pursuit, Brandy Yost said in the claims.

Yost was a freshman at Lincoln Northeast High School, and investigators say the driver who rolled the SUV was 15 at the time.

The claims seek damages for Yost's pain and suffering, medical and funeral expenses and other damages.

Tort claims are typically filed before a lawsuit and are rarely approved by local governments.

Yost's attorney, John Fowles, declined to comment on the claim or the case Wednesday.

Investigators said two teenage boys found a Trailblazer unlocked and running outside a home in Air Park on Dec. 26, 2018. They took it, then picked up Yost and a 16-year-old who lived nearby.

Lincoln police got a report about the SUV being stolen and an officer, on his way home, spotted it at about 7:10 a.m. and called it in. A nearby sheriff's deputy caught up to it and tried to stop it but didn't pursue when the SUV sped away.

All four teenagers were taken to a hospital, where Yost was pronounced dead.

The crash was investigated by the Nebraska State Patrol at the request of Lancaster County Sheriff Terry Wagner.

A grand jury convened to investigate Yost's death because it occurred during a police pursuit.

During the grand jury investigation, a State Patrol investigator testified the Trailblazer reached 98 mph about five seconds before the crash as it was exiting the interstate.

Sgt. Ryan Schmuecker, the deputy who called in the stolen SUV and followed it in an unmarked vehicle, told the grand jury he estimated three 18-year-old males were in the SUV, according to a transcript of testimony.

Deputy Zachary Meyer, who was in a marked patrol car, caught up to Schmuecker and the SUV on the interstate about four minutes after the sergeant asked for a marked vehicle.

Schmuecker at one point got in front of the SUV on the interstate, with Meyer behind the suspected stolen vehicle, according to dash cam video shown to the grand jury.

The SUV then changes lanes and begins to speed up, so Meyer follows it as it approaches the Northwest 48th Street exit, the video shows.

The pursuit involving both sheriff's office vehicles takes about a minute on the interstate before the SUV begins to swerve and skids off the exit, enters the ditch and rolls, according to the video.

Meyer estimated he was about five car lengths behind the SUV at the time of the crash.

None of the four teenagers in the SUV were wearing seat belts, and three were thrown from the vehicle as it rolled, according to grand jury testimony.

A grand juror asked Meyer why he backed off as the speeding SUV exited the interstate and began heading toward a street with lower speeds.

Meyer said he thought they were going to stay on the interstate and a Lincoln police officer further west on I-80 was going to help slow the SUV by deflating its tires with Stop Sticks.

Meyer told the grand jury he didn't know the SUV was exiting until it exited.

Would he do anything differently if he could do it again? a grand juror asked him.

"I was performing my duties as I was trained," Meyer said. "I feel like we owe the citizens of Lancaster County our due diligence to do our job and attempt to stop stolen vehicles, and that's what I was doing, to recover that stolen property for the owner. So I would not have done anything different."

The grand jury also heard testimony and was presented reports from law enforcement officers on a committee that reviewed the crash as part of the grand jury investigation.

Two State Patrol troopers and a Lincoln police sergeant who reviewed the investigation done by the State Patrol team told the grand jury they did not believe there was any wrongdoing on the part of sheriff's deputies.

They agreed the crash was due to the driver of the stolen SUV fleeing police, according to grand jury documents.

That felony charge remains pending in Lancaster County District Court, though Moreno's attorney has sought to have the case transferred to juvenile court.

But generally, Wagner said deputies weigh whether and for how long to pursue a fleeing vehicle based on how many people are in the area, how fast the speeds are and what offense led to the chase.

"If you’re trying to apprehend a murderer, that would garner a little more risk on our part," Wagner said.

Each time there is a pursuit, the decision to continue or end it is based on the facts and circumstances by the deputy and his or her supervisor, the sheriff said.

"It has to be evaluated individually," Wagner said.

Lincoln City Attorney Jeff Kirkpatrick said his staff is carefully reviewing the case and the claim and has not yet made a decision on whether to recommend the City Council approve or deny it.

The police department didn't conduct a review of the case because any action officers took were in a supportive role, he said.

Biden: This is the decisive decade on climate

Biden: This is the decisive decade on climate

A surge in stolen cars in Lincoln: How they're taken and where they end up

Nearly every day, someone drives off with a stolen vehicle in Lincoln.

A grand jury has indicted a 15-year-old Lincoln boy on a manslaughter charge in connection to a Dec. 26 crash in a stolen SUV that ended in th…

The Adams County Sheriff's Office said the pickup was headed west on Highway 6/34 south of Kenesaw when the driver lost control of it and it rolled into a ditch, ejecting him.

A westbound vehicle collided head-on with a city-owned snow plow that was removing snow from the center of the downtown street. A 34-year-old man has died.

Four burglaries reported at Latitude apartments in Lincoln; doors had been unlocked

Several apartments were burglarized at a downtown apartment complex over the weekend.

A Lincoln teen was killed when an SUV rolled trying to exit Interstate 80 at Northwest 48th Street on Dec. 26, 2018.