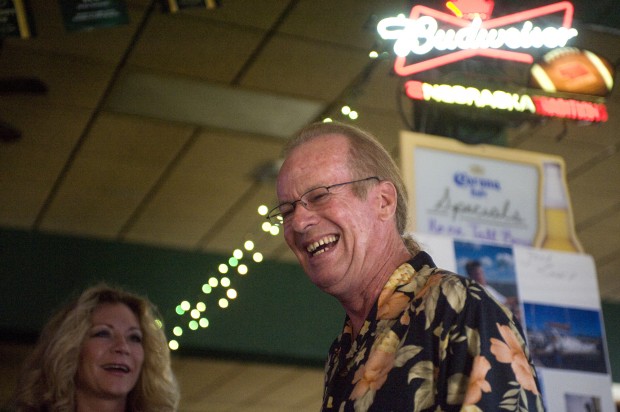 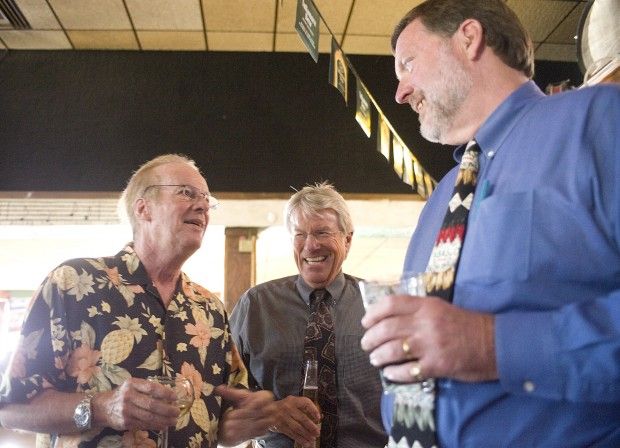 A wave of drug prosecutions in the mid-1970s drew a young attorney named Kirk Naylor Jr. out of a comfortable civil practice and into the relatively new world of criminal defense.

During the next three decades, Naylor defended those accused of everything from drug possession to murder, making headlines with acquittals, helping change drug investigative procedures and finding himself in the middle of some of the biggest investigations ever to rock the state.

"Most criminal defense attorneys earn their reputation, and clearly he did," said local attorney Bob Creager. "You don't earn it by telling stories. You earn it by creating stories. You're the lawyer they tell stories about."

Naylor, who is retiring this month at 65, is full of stories, many of which dominated the headlines in the 1980s: As a special prosecutor who won a perjury conviction -- later overturned -- against the Nebraska attorney general caught up in the failure of Commonwealth Savings Co.; as special counsel appointed by the Legislature to investigate child abuse allegations in the failed Franklin Credit Union.

But his reputation -- and the stories -- go well beyond those cases.

"Kirk is a top-rate lawyer, one of the best criminal defense attorneys in the country, in my opinion," Lancaster County Public Defender Dennis Keefe said. "He has a keen intellect; he's ingratiating with people. He can get jurors to listen to him."

He could have practiced any area of law, Keefe said. "The fact that he had a commitment to criminal defense work is a testament to the kind of person he is."

Naylor, who graduated from Omaha Westside High School, Nebraska Wesleyan University and the University of Nebraska College of Law, started practicing in 1971 with a Lincoln law firm he'd clerked for as a student.

About three years into it, though, the drug trade made its way to Nebraska and people began to get arrested -- lots of people -- flooding a system still relatively new to the idea that everyone charged with a crime has a right to an attorney.

As a law student, Naylor and his peers were learning the "new decisions" of a high court that broadly expanded the rights of criminal defendants and rules related to search and seizure and interrogation -- decisions with which neither prosecutors nor police were terribly familiar.

When the drug cases started coming in, there weren't a lot of criminal defense attorneys in the area, Naylor said. "It was kind of like being at the right place at the right time," he said.

Naylor convinced Keefe to join him in a practice, and the two succeeded in getting several search and seizure cases overturned. And they began collecting evidence of wrongdoing by drug investigators, which they -- along with the American Civil Liberties Union -- compiled into a report that eventually led to changes in law enforcement procedures involving informants.

Before long, Naylor had found his niche.

"I probably would have given up law a long time ago (had he not gotten into criminal defense)," he said. "Civil law bored me to death."

He loved being in the courtroom.

He taught at the law school for a few years -- then faced prosecutors who'd been his students. He's mentored attorneys who practiced with him and then gone on to become well-known defense attorneys in their own right: Clarence Mock, John Vanderslice, Carlos Monzon, Mark Rappl, to name a few.

"I'm very proud of those people," he said.

Vanderslice, who works in the federal public defender's office, said Naylor got him hooked on criminal defense with the first case they worked together: a triple homicide in Beatrice.

"Kirk has been my mentor for years," he said. "His cross examination is tenacious. It would bring things out that you wouldn't think would come out in the courtroom. I admired his courage to go out and do that and be so effective."

In the 1980s, Naylor managed to get a federal agent to admit on the stand that he wanted two brothers Naylor represented to feel "the heel of government in their backs."

The brothers were accused of assaulting the officers -- shooting up their cars and scaring but not hurting them -- when they came to repossess their cattle. Naylor's investigator learned the federal agents knew of the brothers' anti-government leanings and wanted to teach them a lesson, so they'd been trying to drive up the costs of the repossession. The brothers were acquitted.

There are other cases that stand out to Naylor, including a Lincoln man acquitted by a jury of murdering a fellow group home resident.

Retired Lancaster County District Judge Jeffre Cheuvront, who appointed Naylor as special prosecutor in the Commonwealth case, said one of his strengths is that he understands people.

"He has a great deal of common sense, and I think one of the real strengths of being a good trial lawyer of any kind is understanding human nature and how people perceive and look at things," he said. "The good ones understand how people think."

Naylor said the cordial relationship between the defense and prosecution in Lancaster County is one of the best parts of working here -- and one of the things he'll miss most.

"We have a very collegial bar," he said. "We trade very much on our word."

Stories of Naylor's adventures stretch beyond the courtroom -- to his exploits as the pilot of a small plane he used for years to get to court appearances across the state, to a chance meeting with Jim Morrison in the 1960s to the time he convinced Keefe to climb an ice-covered Mount Rainier with him.

That isn't likely to end. His newest purchase is a sailboat he plans to take south -- to explore the warm waters of the Florida keys.