Lincoln police said the raised arm of an excavator being pulled by a semitrailer truck caused about $20,000 damage to traffic signals as the semi traveled along a downtown street.

A police officer saw the arm of the John Deere excavator, which was on a flatbed trailer pulled by the semi, knock into a traffic signal at 17th and K streets about 10:30 a.m. Sunday.

Police then discovered that traffic signals at 10th, 12th, 13th, 14th, Centennial Mall and 16th Streets also had been damaged. Some of the signals had been knocked to the ground as the semi headed east on K.

The 39-year-old driver, a Lincoln resident, was ticketed on suspicion of negligent driving.

Seven years later — the statute of limitations passed for the crime — two Lincoln attorneys are telling the story of the negotiated return of the iconic chicken and how he came to be lying behind Lee's Chicken four days later.

The five juveniles were heading south on 210th Road between Bluff and McKelvie roads at around 2:45 pm. Saturday when their Dodge Ram lost control on a gravel road, according to authorities.

The school's resource officer found the gun in the 18-year-old's car after first spotting open beer cans in the vehicle, prompting a search.

The 14-year-old girl told investigators her 23-year-old manager knew how old she was at the time because she wasn't allowed to work past 7 p.m., nor could she drive to work, according to the affidavit for his arrest.

Deputies responding to the crash found the body of a man who had been ejected from a vehicle that was overturned in a watery ditch, according to a Sheriff's Office spokesman.

The 737 aircraft, with 56 people on board, landed without incident just before 11 a.m. Wednesday. The pilots said they smelled smoke in the cockpit.

A BNSF spokesman said the train had a mechanical issue that stalled the locomotive on a hill near the location.

Two arrested in Lincoln after deputies find 100 pounds of marijuana, per court records

The sheriff's office ultimately found a suitcase, three duffel bags and a cardboard box filled with vacuum-sealed bags of marijuana, according to the court filing. 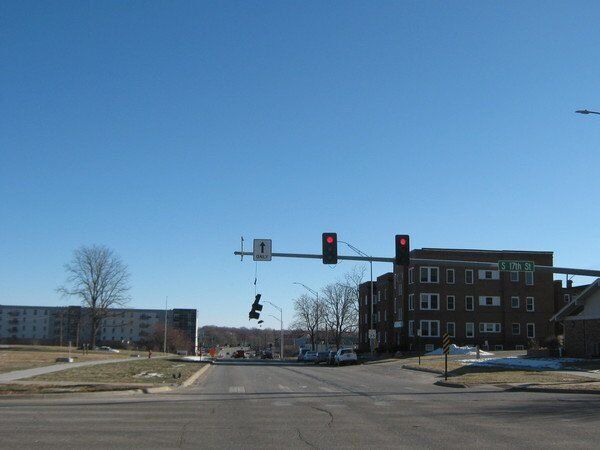 Traffic lights at several intersections along K Street in Lincoln were damaged Sunday when the raised arm of a John Deere excavator being hauled through town on a flatbed trailer struck the lights. This photo shows damage at 17th and K Streets. 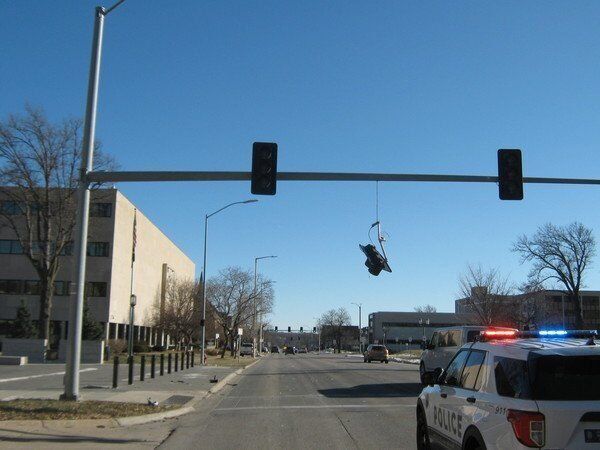 Traffic lights at several intersections along K Street in Lincoln were damaged Sunday when the raised arm of a John Deere excavator being hauled through town on a flatbed trailer struck the lights. This photo shows damage at Centennial Mall and K Street.