The search of Lincoln's landfill for evidence in the apparent homicide of a 49-year-old man came to a close last week after authorities from three law enforcement agencies spent 60 hours sifting through 1.9 million pounds of trash, according to police.

"We believe that we have located all evidence that we reasonably feel will be located," Lincoln Police Sgt. Chris Vollmer said Tuesday, reading from a news release that did not describe what, if any, evidence law enforcement found in its "tedious" search of the landfill that lasted seven days.

Search crews from the Lincoln Police Department, Lancaster County Sheriff's Office and Nebraska State Patrol began sifting through the city dump Sept. 6, seeking evidence in the death of Ronnie Patz, whose remains were discovered outside the Motel 6 near Northwest 12th and West Bond streets Sept. 1.

It's unclear if police found the specific bag Stille mentioned. Vollmer said he did not have further information Tuesday morning.

The search of the city dump, which Vollmer said ended Sept. 14, marked the latest public development in an investigation that began at about 2 a.m. Aug. 31, when police, responding to a report of an unresponsive man, found 61-year-old Ronald George dead of stab wounds to his neck near Third and P streets.

Police have publicly linked the deaths of George and Patz to 55-year-old William T. Wright, who has been charged with the second-degree murder of George near the People's City Mission, where all three men were known guests.

Prosecutors have not charged Wright with any crimes relating to Patz's death, but Stille described him as the "only person of interest" in the ongoing investigation.

Wright and Patz checked into the Motel 6 together sometime Aug. 29, and by 8:30 p.m. that evening, Patz had been killed, according to police.

Investigators didn't uncover his remains for another 50 hours, after Wright had been arrested for George's killing.

Before police knew about Patz's death, a garbage company took the dumpster's contents to the landfill at about 4 a.m. Aug. 31, prompting the weeklong search of the dump.

In the news release, the department thanked partnering agencies and the equipment operators at the landfill, without whom the "search would not have been possible."

8 most wanted fugitives in Lancaster County

A former fire chief in Alvo pleaded no contest to three misdemeanor charges in connection with the embezzlement of nearly $18,000.

Deputies responded and determined the grenade was active.

The victim told police the 29-year-old had punched, strangled and kicked her repeatedly over the course of four hours as he confined her in their apartment.

Investigators conducted interviews and served a search warrant on a house near 22nd and Dudley streets, leading officers to one suspect, a 19-year-old who remains at large, police said.

Witnesses said the suspects fired into a crowd of people leaving a gathering near North 23rd and Judson streets before fleeing in a vehicle.

Lincoln Police found "human remains" in a dumpster south of the Motel 6 earlier this month, but it's unclear if investigators have found all of Ronnie Patz's remains. 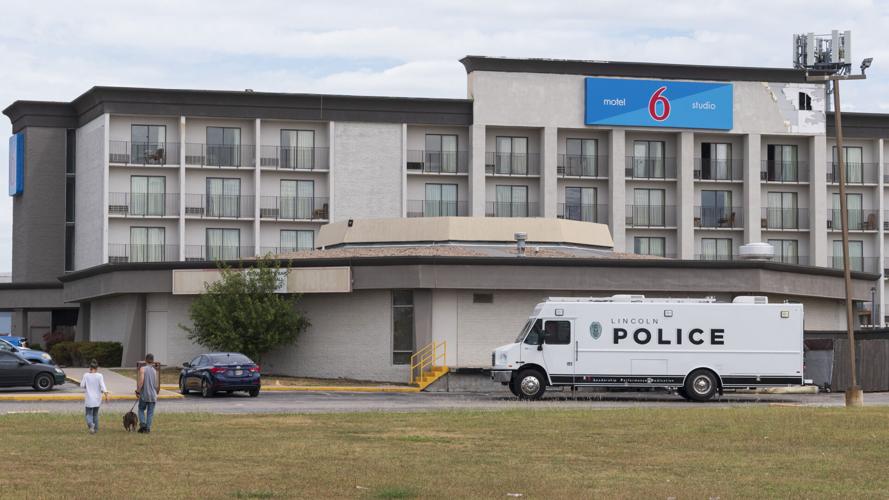 Lincoln police investigate what is being considered a "suspicious" death near  the Motel 6 near Northwest 12th and West Bond streets on Thursday.