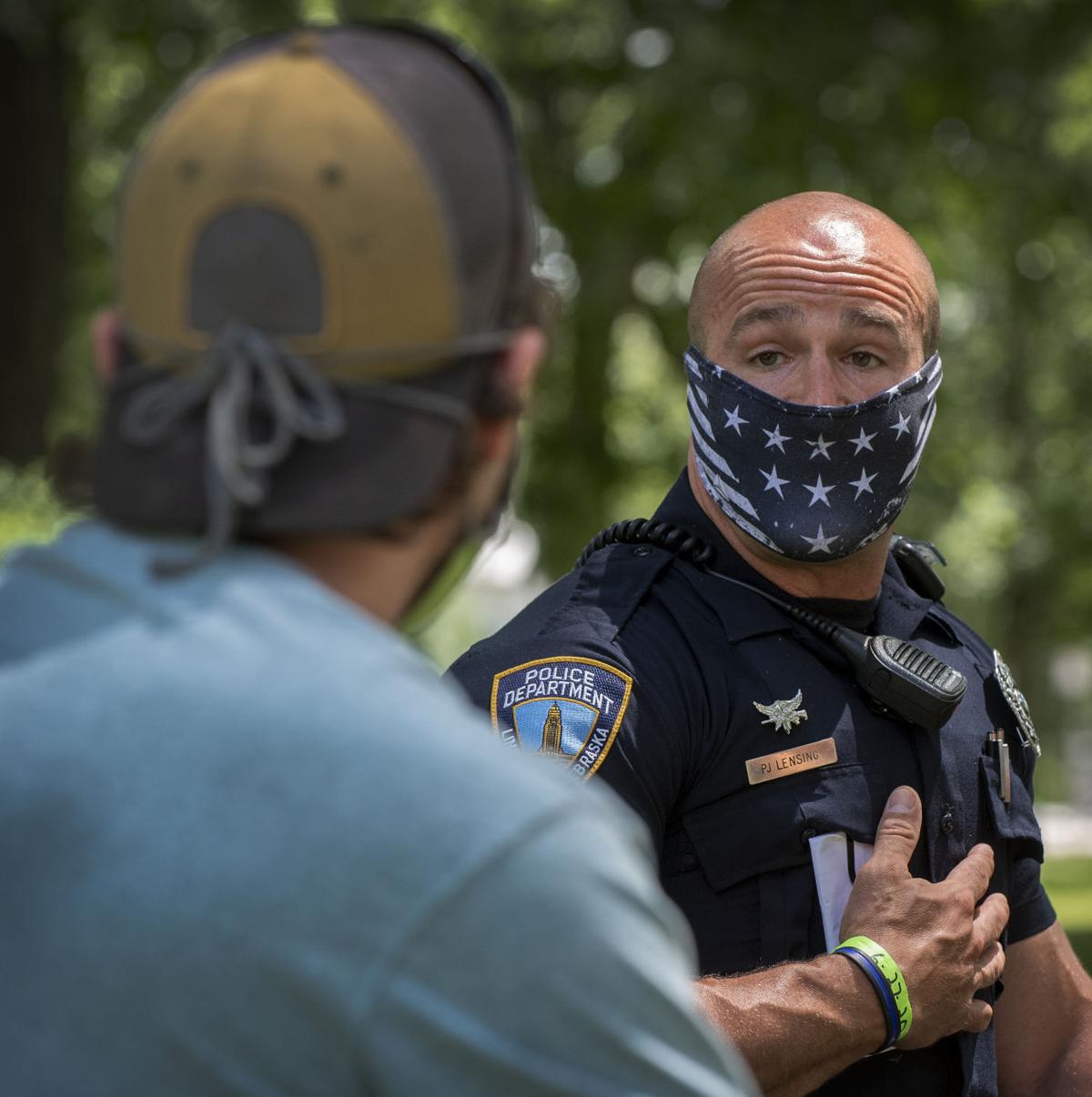 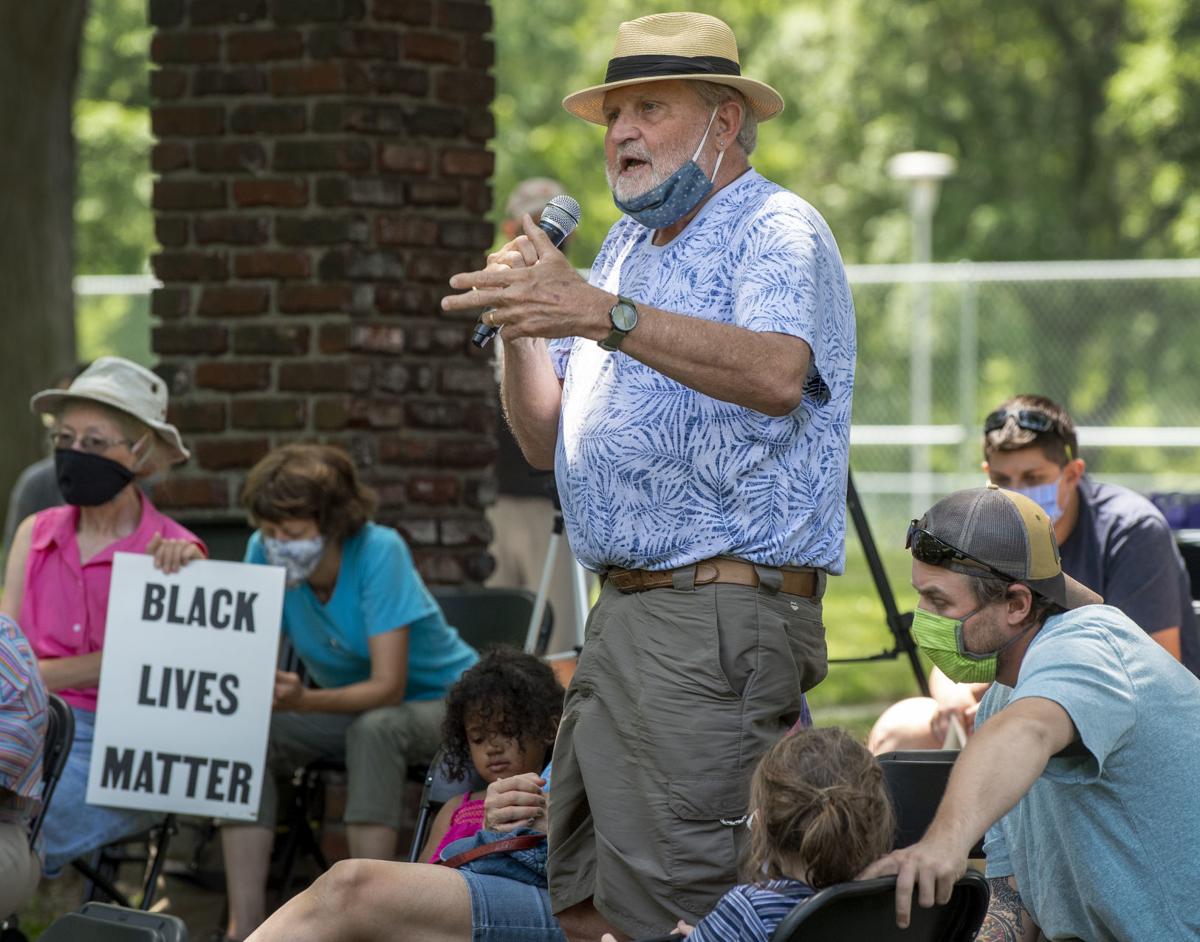 Jack Skrivanek of Lincoln addresses the panel during a community forum on policing issues on Saturday at Cooper Park.

Members of the Lincoln Police Department, a nonprofit director and an ex-convict sat in a shaded park Saturday afternoon to discuss the perceived failures of law enforcement during the recent protests and an over-reliance on weapons.

At Cooper Park, just blocks from where protesters clashed with law enforcement over consecutive nights this spring, Stand in For Lincoln organized the panel discussion where about 40 community members listened and shared concerns about policing methods.

Issues raised included the response by local law enforcement to property damage caused by some protesters with actions that endangered people.

The protests in Lincoln, which continue Sunday with a planned event at the state Capitol, stemmed from the death of George Floyd at the hands of Minneapolis police officers last month.

Public invited to comment via teleconference at City Council meeting

Police need to watch the Floyd video, along with other examples of police brutality, so stronger communication and a better understanding of racial issues can grow, said Karen Bell-Dancy, Lincoln’s executive director of YWCA Lincoln.

“I want you to watch that video,” said Bell-Dancy, who is Black. “As a 65-year-old woman who has been racially profiled, how do we gain back trust?”

“Wearing this badge, I have to carry the weight of other people who have made mistakes in this profession, and it hurts," she said.

Saturday's Table Talk was hosted by Stand in for Lincoln, along with the South of Downtown Community Development Organization and Southeast Community College.

Absent were many members of the Black Leaders Movement who staged a cheerful, family-friendly “Black History Jubilee” on Saturday afternoon.

Volunteers provided smoked meats, chips and other foods for a potluck meal at Peter Pan Park, where a DJ provided music and children played and got their faces painted.

“We wanted to create a space for Black people to feel safe, comfortable, and to love on one another," said KaDeja Sangoyele, 24.

Some of those gathered at Peter Pan Park said they lacked interest in discussing issues Saturday with Lincoln Police. Minority groups are underrepresented in local law enforcement, they said.

“I just realized the other day that I’ve never seen an African American police officer in Lincoln,” said Terra Rap. “As an LGBTQ+ community member, I felt like this is where I needed to be today.”