Two Lincoln men have been charged on allegations they robbed a man in the parking lot of The Office Gentlemen's Club at closing time Oct. 2.

Police arrested Long on Tuesday and Garcia on Thursday.

In court records, police said they were called at about 2:30 a.m. Oct. 2 on a 27-year-old Lincoln man's report he had been beaten and robbed by two men as they left the club near U.S. 77 and West Van Dorn Street.

He told police the men punched and kicked him before leaving with his wallet.

Investigators said they ran down tips, reviewed surveillance video and identified Long and Garcia as suspects.

Lincoln police are investigating an early morning robbery Thursday in the parking lot at Gateway Mall.

Woman says man knocked on her window at Lincoln stop light, claimed to be undercover cop

A 31-year-old woman told police she was stopped at a light on Ninth Street at Van Dorn Street around 5 p.m. Wednesday when a man, claiming to …

Lincoln police say they have found the person who pointed a gun at a 12-year-old boy walking in the Highlands in an attempt to rob him of his shoes.

SILVER LAKE, Kan. — A Kansas man has been charged with first-degree murder in the death of his 4-year-old granddaughter.

Police: Man shot in the face with BB gun cited for trespassing, disturbing the peace

Lincoln police went to the Belmont neighborhood Friday morning on a report of a 47-year-old man who was shot in the face with a pellet gun. 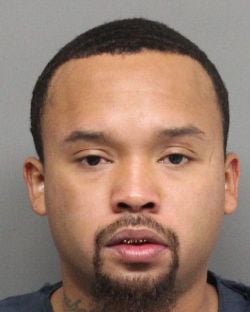