The man shot and killed in broad daylight steps from a police station last week was running behind the suspect's vehicle after a disturbance involving the Lincoln men moments earlier a couple of blocks away, police said in court documents.

Dewey, of 2509 B St., faces charges of second-degree murder, use of a firearm to commit a felony, possession of a firearm by a prohibited person and attempted escape from detention while under arrest.

Dewey, 22, is accused of shooting and killing 47-year-old Desmond L. Fowler on the sidewalk at 27th and Holdrege streets at around 9:40 a.m. Thursday.

In court documents, police said Dewey and another man went to 27th and Potter streets, two blocks from where the shooting took place, to buy drugs earlier that morning.

But the man with the drugs wasn't there, and Fowler, a resident of 2828 Potter St., began yelling at the man with Dewey, police said.

Fowler followed on foot as the men drove away, catching up to them at a red light at 27th and Holdrege. That's when police say Dewey pulled a handgun from his waistband and fired several shots at Fowler, hitting him in the head.

Dewey drove away and was arrested at 7:40 p.m. Thursday at a residence near 14th and South streets, police said. No other arrests have been reported.

Dewey, who was convicted of felony drug charges in 2016, was silent for most of Monday's arraignment, asking for clarification from the judge only once.

Officer Angela Sands said Dewey tried to run from investigators interviewing him at the police station, prompting the additional charge of attempted escape.

The man suspected of shooting and killing a Lincoln man near a busy intersection in broad daylight Thursday is in custody.

Crime takes a snow day, too, according to Lincoln police data

A Journal Star analysis of police records from Jan. 1-April 30 revealed how reports of crime in Lincoln relate to the weather. Hover over the …

Three men, five women arrested in Lincoln for prostitution in joint police detail over the weekend

Three men and five women were arrested in Lincoln over the weekend in a joint police detail targeting human trafficking.

Police arrested a man Saturday evening after he assaulted his girlfriend and held her against her will, according to a police spokeswoman.

The 15-year-old Lincoln Southeast student who brought a loaded revolver to school Monday is a suspect in two auto thefts Sunday, police said.

The unique basket on a vandal suspect's bicycle helped Lincoln police tie a 32-year-old man to two case of vandalisms, a department spokeswoma…

Nearly two dozen students were injured when their school bus crashed with a Ford Fusion on Wednesday afternoon near Dunbar in Otoe County, the…

The suspect in a May killing in broad daylight across the street from a police station has pleaded not guilty.

Michael D. Dewey had been facing a second-degree murder charge for the shooting death of Desmond Fowler on May 16. 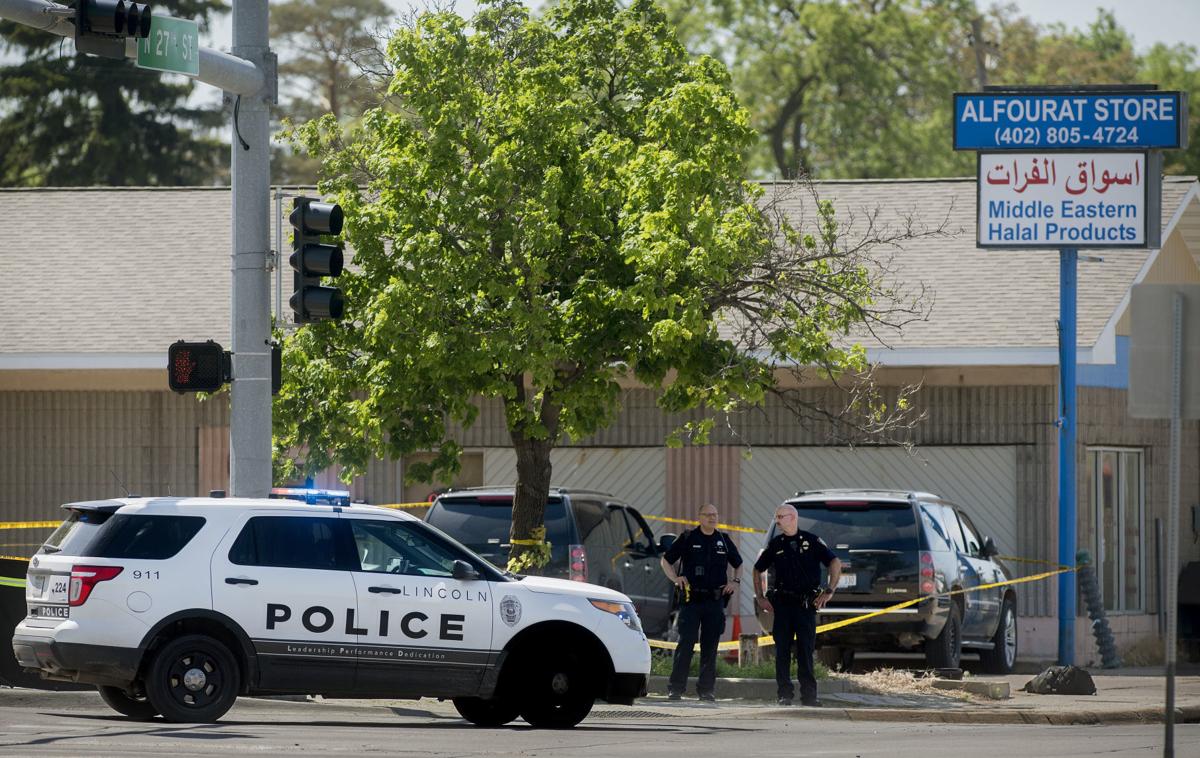 Lincoln police officers stand on the southeast corner of the intersection of 27th and Holdrege streets, where a man was found dead of a gunshot wound on May 16.