Become a Member
Read Today's E-edition
Share This
Lincoln doctor in recovery for opioid addiction says, 'I don't know how I didn't die'
0 Comments
Share this
1 of 2 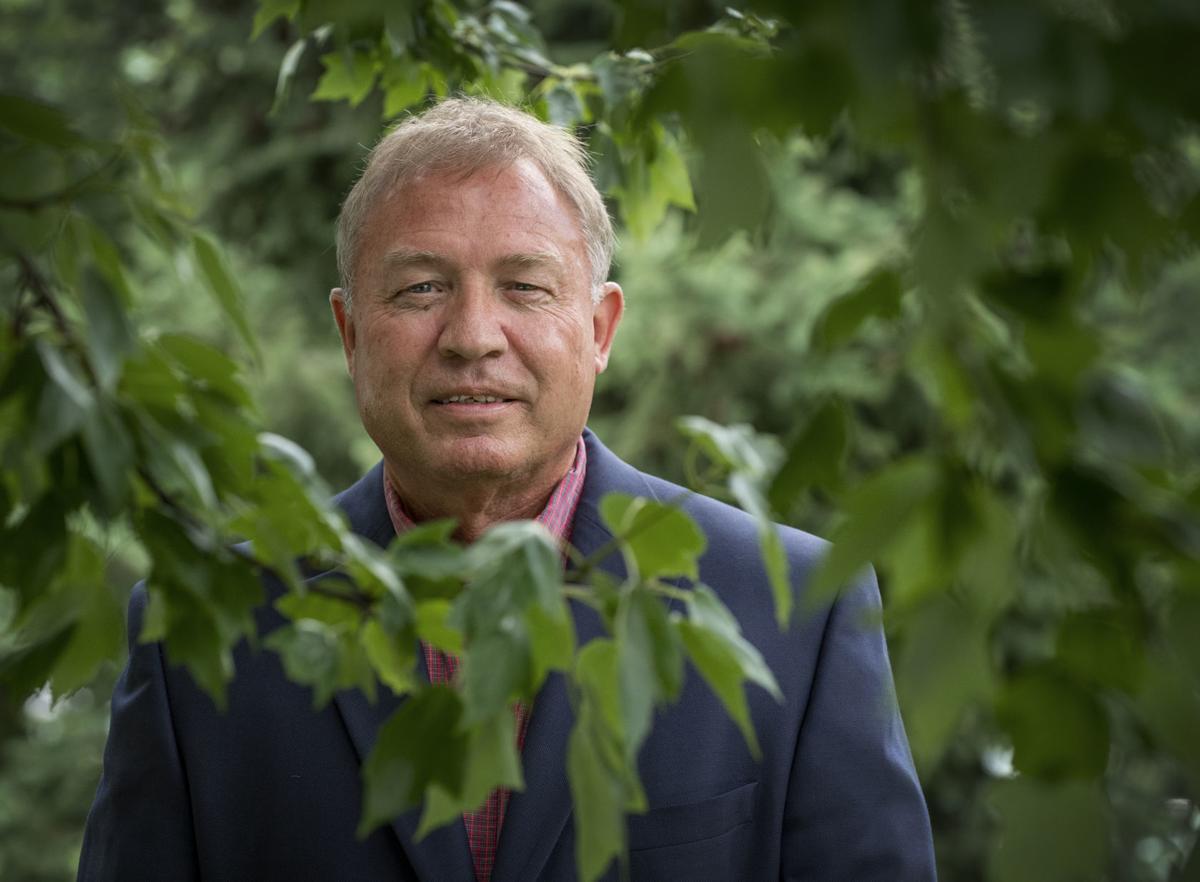 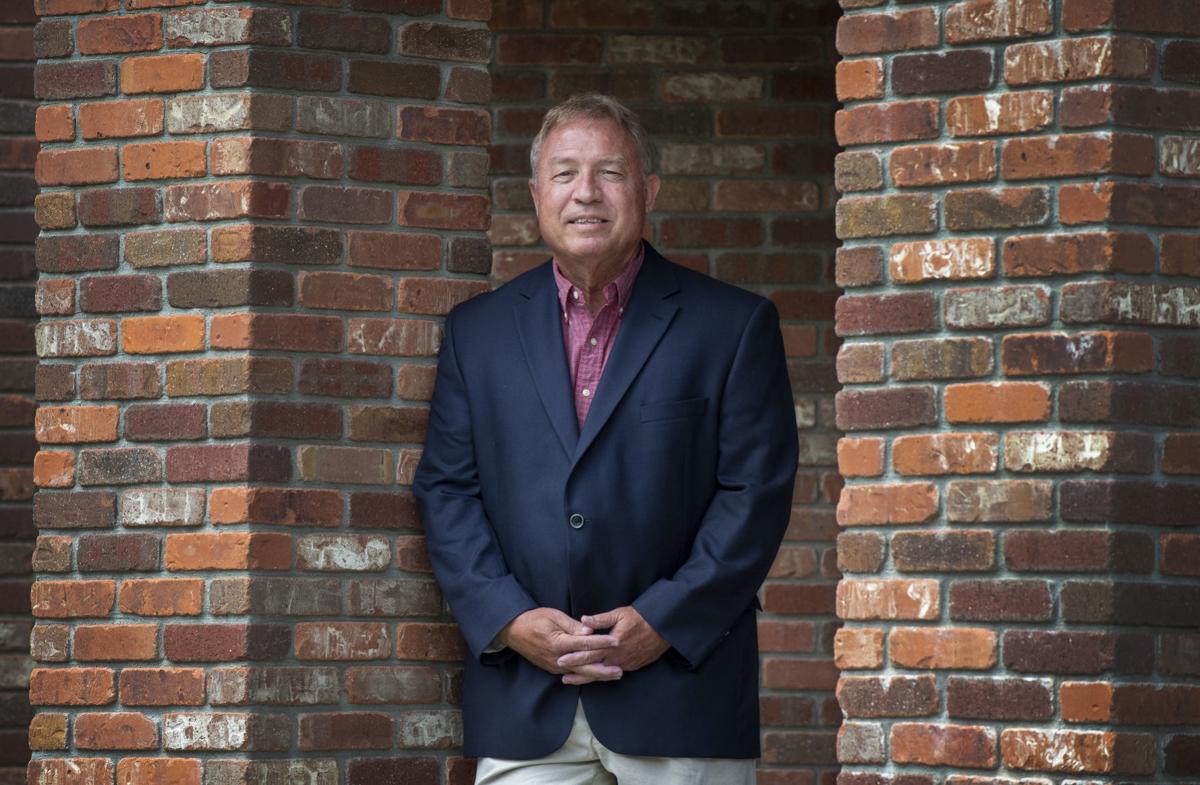 Dr. Jeffrey Fraser had just finished his morning at the office when two Nebraska State Patrolmen, a DEA agent and an investigator with the Nebraska Department of Health and Human Services came in on Jan. 2, 2018.

They asked where his gun was and frisked him.

Just over 2½ years later, the Lincoln doctor said he still remembers calling his wife and the words that came next: "I'm in trouble."

He'd lied and manipulated and hid it from everyone, he said. But by that winter day in 2018, when the drug enforcement agent and others came knocking, the plot had started to unravel.

"That's what saved my life. I got caught," Fraser said in an interview a week after his sentencing last month in U.S. District Court in Omaha.

Now, he said, he's sharing his story in hopes of reaching others — doctors like him or anyone else dealing with substance abuse or prescription drug addiction — to let them know, there is help.

They're not alone, Fraser said.

He's also touting a new physician wellness program, LifeBridge Nebraska, which is set to launch in August, "for doctors like me to get help."

Amy Reynoldson, executive vice president of the Nebraska Medical Association, said the program will be aimed at prevention and mentoring for doctors, who can be reluctant to get counseling for fear it will get turned into the state licensing board and affect their ability to practice medicine.

It will be free and confidential and connect doctors with a peer mentor in Nebraska who will coach them to help them move forward, she said.

Nebraska gets $6.5M in grants to fight opioid abuse

Reynoldson said the concept is the same as the safety announcement when you board a plane: You have to put on your oxygen mask before you put on anyone else's.

Fraser said it will be good for Nebraska doctors to know they have someone they can talk to if they have a problem and need help.

"It's going to be great for the state to get this going," he said.

Fraser said he had a beautiful office at 70th and Van Dorn streets. He got there at 6:30 a.m. and ran an urgent care clinic three nights a week. That's what he thought his life would be.

Then, back in 2012, he got prostate cancer (he's in remission now), and a doctor prescribed him 60 hydrocodone pills for his back that was hurting him, he said.

"That's when my brain got addicted," he said.

After that, Fraser said, he used an employee complaining about back pain to get his first pills. And landed on probation with the medical board. But he didn't stop.

He said he had gotten hooked on hydrocodone and grew so desperate for it — his brain rewired to think he would die without it — he did the unthinkable. He stole from the very patients who had come to him for help, Fraser said.

"What I did was horrible, reprehensible, and it goes against everything I stood for," he said.

He tried to stop himself hundreds of times, even Googling how to detox. But nothing took. By the end, he was taking 60 pills a day.

He didn't stop until the law showed up that January day. From the minute he got caught, Fraser said, he was devoted to recovery. He went to detox at Bryan West Campus for 15 days. Which was hell, he said.

That's where a nurse told him about Talbot Recovery Services in Atlanta, which has a treatment program for licensed professionals. Physicians and pilots and lawyers go there, Fraser said. And on Jan. 17, 2018, so did he.

Fraser said it took three weeks before he started to realize, "Yes, I am an addict."

For three months, he went through inpatient treatment there, graduated on April 22, 2018, and came back to Nebraska. He hired an addiction specialist and addiction therapist and let them monitor him and check his blood for drugs.

He's been to hundreds of narcotics support-group meetings, by Zoom and in person, and he sent a letter to his patients apologizing for what he did.

Then, in June 2018, he got indicted for obtaining prescription drugs by fraud. Last month, a federal judge in Omaha sentenced him to probation.

Cindy Lange-Kubick: An oath to do no harm and the reality of medical racism

By then, he had gotten his medical license back but will be monitored for four more years, which is OK, he said. He doesn't plan to ever use again.

Fraser said he thinks the medical profession is responsible for a lot of the opioid problem. When Darvocet, an opioid used to treat pain, was taken off the market in the U.S. in 2010 because it led to heart problems, doctors started writing prescriptions for hydrocodone, he said.

Now, he wants to spread the word that addiction isn't a moral weakness but a health issue. And there's help. Fraser said that goes for other doctors, too.

"It doesn't matter how smart you are or how much money you have, the brain doesn't care," he said.

Fraser thinks this experience will make him a better doctor, better able to listen and look at the whole person.

But he hasn't been able to get a job here, so he's been doing scheduling for a pulmonologist. He and his wife are putting their house on the market. And he's working to get his license in North Carolina, where he's been offered work.

He said they know about the indictment and his addiction.

"I will let my recovery define me, not my addiction," Fraser said.

An Auburn pharmacist and another man who plotted to firebomb a rival pharmacy to benefit their own online black market drug dealing pleaded guilty Friday to federal charges.

During the fight, one man allegedly stabbed two other men, causing them non-life-threatening injuries.

Lincoln police continued Monday working to confirm the identifies of two men in their 20s arrested on suspicion of first-degree sexual assault.

SUV rolled on side after crashing into tree at Lincoln intersection

The driver went to the hospital with non-life threatening injuries, police said, and alcohol may have been a factor.

Adolfo Ortiz hasn't yet been charged but is likely to make a first court appearance by video from the jail Tuesday afternoon.

A Lincoln orthopedic surgeon wrote fraudulent prescriptions to a patient then bought back hundreds of painkillers in the last two years in exchange for cash or services, Sheriff Terry Wagner said.

Nebraska will get $2.6 million as part of the settlement and the money will be used to help combat the effects of the opioid crisis in the state.

New radio image of the Milky Way is gorgeous

Ozzie, the oldest male gorilla in the world, dies at Atlanta Zoo

Ozzie, the oldest male gorilla in the world, dies at Atlanta Zoo