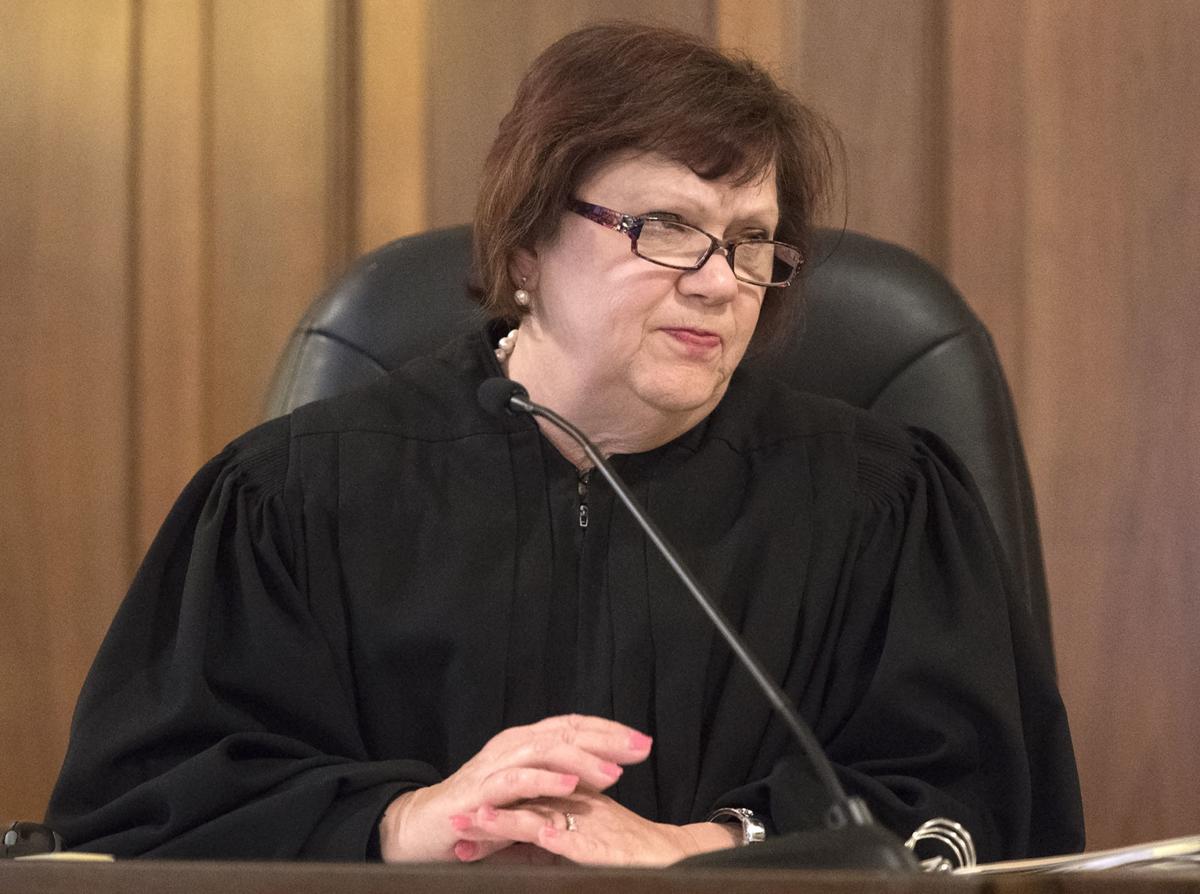 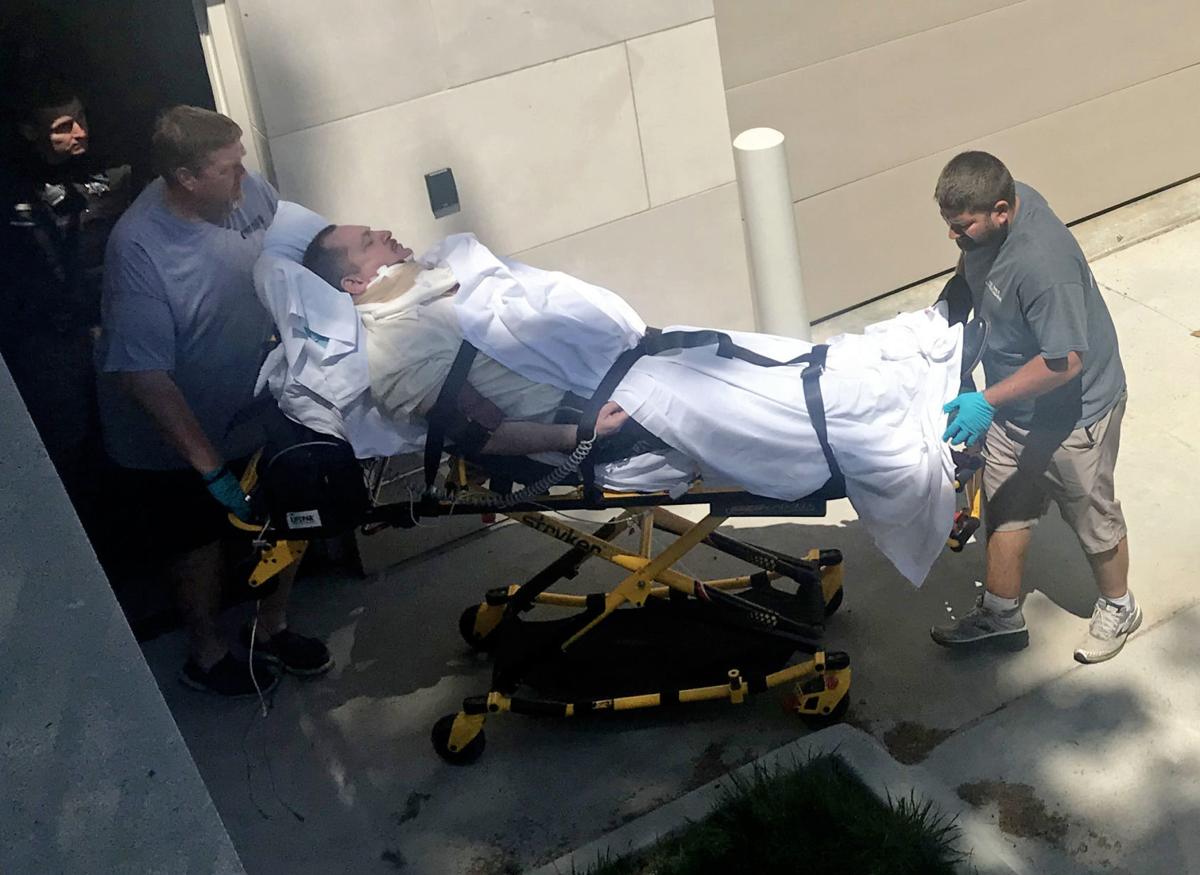 WILBER — A day after Aubrey Trail shocked court-goers by slashing at his neck in an apparent suicide attempt after proclaiming Bailey Boswell’s innocence, his murder trial went forward without him.

Saline County District Judge Vicky Johnson pointed out his absence before morning testimony began, telling the jury Trail had chosen not to be there.

After speaking to jurors individually before excusing them for the day early Monday afternoon, Johnson apparently determined what happened didn’t merit a mistrial. There was no mention of it in the open courtroom before the trial resumed Tuesday.

At the morning break, Trail's attorney, Joe Murray, said the issue was raised, but the law in Nebraska is that a defendant’s actions cannot cause a mistrial.

Asked if he was worried about what jurors might be thinking, given what they witnessed, Murray said what Trail had said Monday wasn’t an admission of guilt.

Trail shouted “Bailey is innocent and I curse you all” before slashing at his neck repeatedly with a small blade of some kind.

Murray said: “It is what it is. It’s the hand we were dealt, and we’re going to play it.”

He said Trail needed stitches for the wound to his neck but that he was treated and released from the hospital.

Prosecutors spent Tuesday morning establishing the hunt for Trail and Boswell in late November 2017, in the days after Sydney Loofe went on a Tinder date Nov. 15 with Boswell and never was seen again. The trail led police from Lincoln to Wilber, then to Boswell and Trail, who lived together on the edge of town.

Clerks at hotels in Spencer and Ames, Iowa, called a tip line after spotting social media posts about the investigation into the 24-year-old Lincoln woman’s disappearance and learning that law enforcement was seeking Trail and Boswell as "persons of interest.”

Trail had used his real name, but he and Boswell managed to keep one step ahead of law enforcement, leaving a hotel in Ames in a hurry, with the TV on and leaving behind Trail’s cane, a couple of bags and two maps — one of Iowa and another of the Texas-Mexico border.

But it was two videos the couple posted to Facebook on Nov. 29, 2017, that ultimately led to their arrests early the next morning.

In the first, played for the jury Tuesday morning, Trail claimed they didn’t know anything about Loofe going missing. He said that as far as he knew he wasn’t wanted for anything, but investigators were "chasing them around like dogs.”

“This has pretty much cost me my life,” Trail said.

It was the first time jurors would hear Trail’s voice in the courtroom, aside from his outburst.

FBI Special Agent Mike Maseth explained how agents started with thousands of IP addresses and phone numbers and winnowed it down to one: a Trac phone with no subscriber information, essentially a burner phone.

Maseth said, aside from posting the video online, it had made only one call at 11:27 a.m. that day, to the Windmill Inn in Branson, Missouri, a place where Trail and Boswell had stayed that August. They called the local sheriff to see if the silver Chrysler Sebring they'd been driving was outside.

It was. By daybreak, Trail and Boswell would be in custody.

Tuesday afternoon, the prosecution’s case turned back to the search for Loofe.

Lincoln Police Investigator Bob Hurley explained how he'd used his own method to map the data he’d gotten from Boswell’s and Trail’s three phones to discover they had left their Wilber apartment Nov. 16, 2017, at 2:24 p.m. and returned at 5:45 p.m.

Hurley plotted out a 151-mile round trip west to a rural area near Clay Center all based on data recorded when cellphones communicate with cellphone towers. He said he’d gone out Dec. 3, 2017, to check his work. But something was off. He headed back to Lincoln, did some more calculations and came up with a new theory.

Hurley told searchers to go to Road S north to Road 308 and start checking there. He’d found places where the data suggested they’d slowed down and even stopped. Ultimately, he determined they had traveled 21 miles on gravel roads, stopping along the route.

On Dec. 4, 2017, Cory Townsend of the Nebraska State Patrol was one of a caravan of 10 law enforcement officers checking cattails and anywhere else someone could try to hide a body. He said he remembered the Clay County sheriff saying, “Hey, I think I’ve got something.”

It was the first bag they’d find of Loofe's remains, which were found in ditches at various spots. Assistant Attorney General Mike Guinan held up a photo for the jury of what searchers saw.

FBI Special Agent Eli McBride got there later the afternoon of the search. He said when he went down the embankment on the west side of Road S, between Road 308 and 309, the first thing he saw was the black bag and a body part sticking out of it with skin and exposed bone.

He said he looked around in the immediate area and saw a severed foot about a yard away and a severed part of an arm a yard or two in another direction. It had a tattoo exactly like the one he knew Loofe had, McBride said.