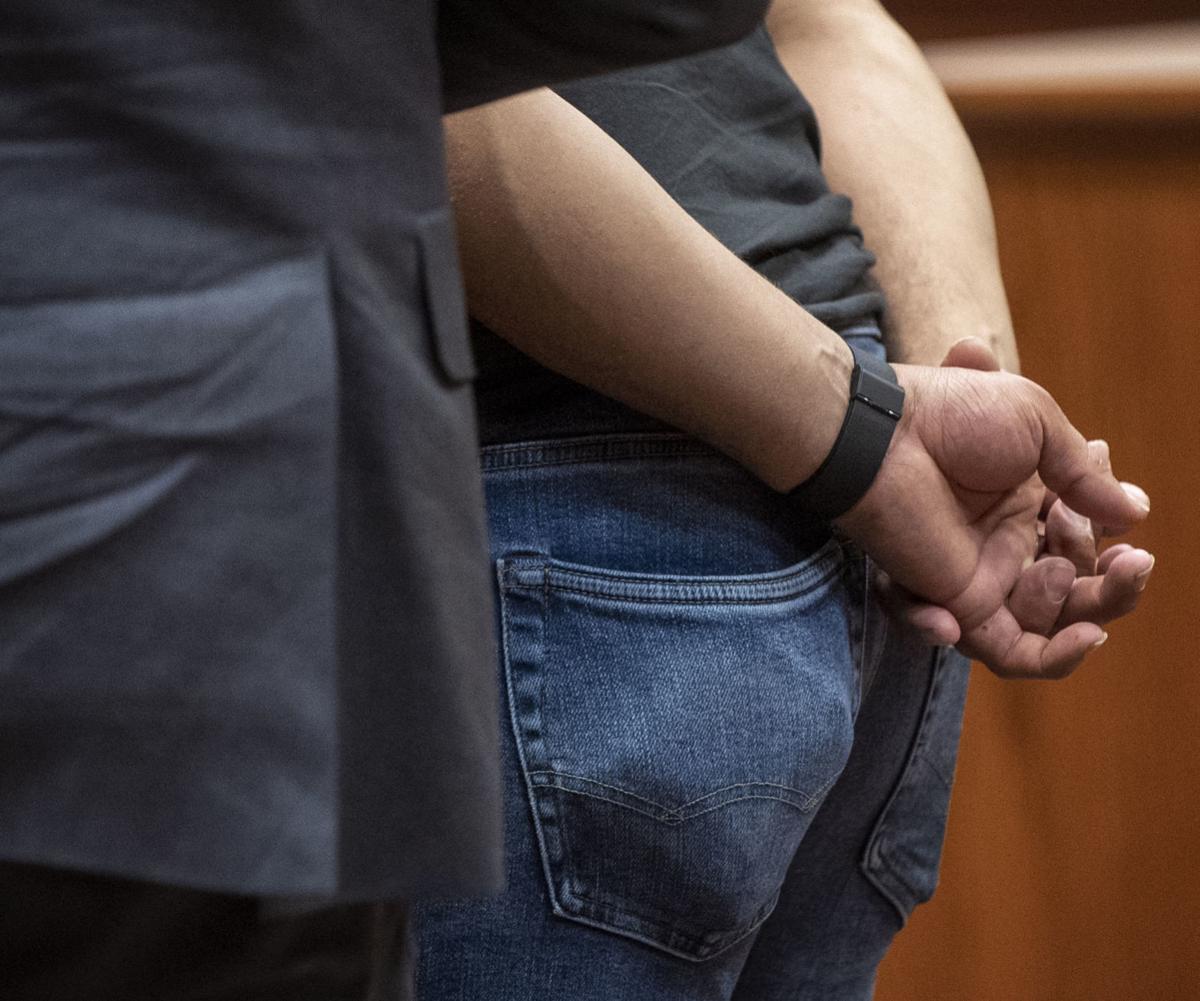 A defendant crosses his hands behind his back as he listens to a translator during night court on Thursday. 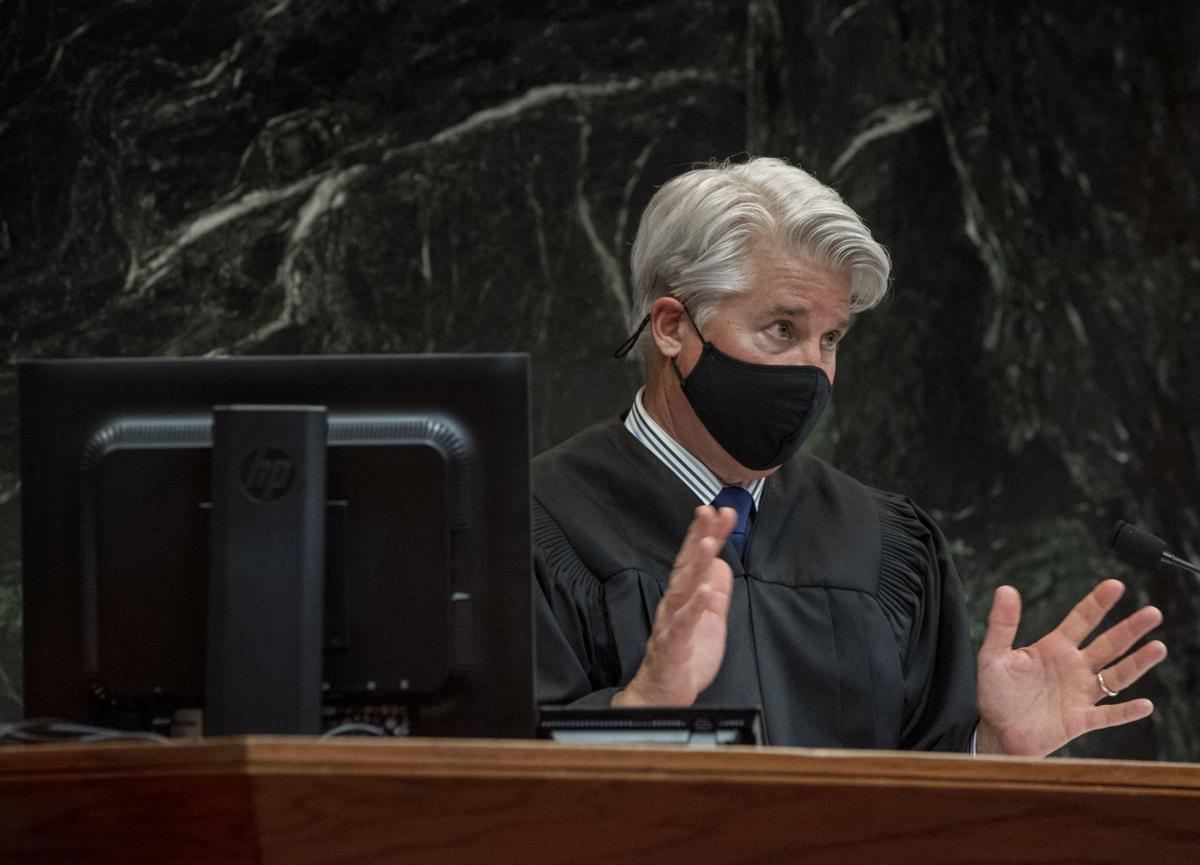 Judge Thomas E. Zimmerman addresses a defendant during night court on Thursday at the County-City Building. 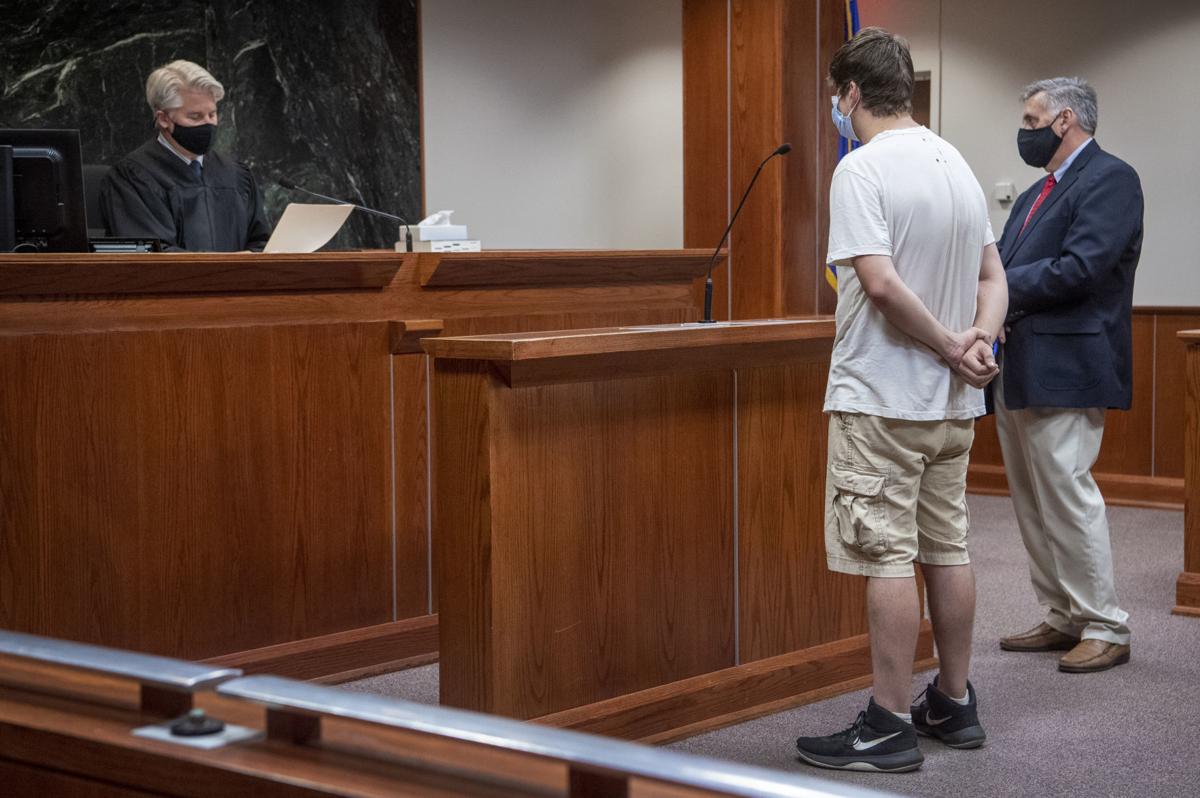 Judge Thomas E. Zimmerman (left) presides over night court as he addresses a defendant and his attorney on Thursday, June 25, at the County-City Building.

A man dressed in an all-black uniform, apron and face mask was given priority over others in the courtroom Thursday night to settle an outstanding misdemeanor.

Though people appeared before a judge in alphabetical order, he pleaded guilty to traffic infractions before starting his shift at a local sandwich shop.

Situations like his illustrate why Lancaster County began testing a night court for those unable to appear at the Hall of Justice during the day.

“It gives people who are working or those that take care of a child or parents an opportunity to come to court at night,” said, Judge Thomas E. Zimmerman, who presided over court proceedings.

Night court was delayed due to COVID-19, but the practice of safety measures in the courtroom has allowed the sessions to resume, Zimmerman said.

People were required to have their temperature checked as they entered the courthouse, and 6 feet of social distancing led to people waiting in the hallway outside the courtroom.

Each person was required to wear a face mask and sit in pre-measured spots designated with blue masking tape.

In courtroom 24, the pews can typically hold 15 people per row. Each row held about three to five people under the new system.

The precautions keep individuals in the courtroom safe as well as their neighbors, and night court sessions are a vital way to help people resolve legal issues while clearing the docket, Zimmerman said.

Lancaster County piloted the state's first night court sessions last year to help people avoid arrest and jail stays for minor offenses, as a means to reduce the head count and expenditures at the jail.

When the new Lancaster County Jail opened in 2013, officials estimated it could serve the county for more than four decades -- but it began nearing its designed capacity within just five years.

Night court sessions, scheduled to occur once a quarter in 2020, will also be held on the second floor of the Lancaster County Courthouse in September and December.

Nebraska couple gets 6 years for locking boy in basement

Prospective jurors, attorneys and the judge all wore clear face shields or masks Wednesday afternoon and met in two first-floor classrooms at the Hall of Justice to allow for social distancing.

A defendant crosses his hands behind his back as he listens to a translator during night court on Thursday.

Judge Thomas E. Zimmerman addresses a defendant during night court on Thursday at the County-City Building.

Judge Thomas E. Zimmerman (left) presides over night court as he addresses a defendant and his attorney on Thursday, June 25, at the County-City Building.