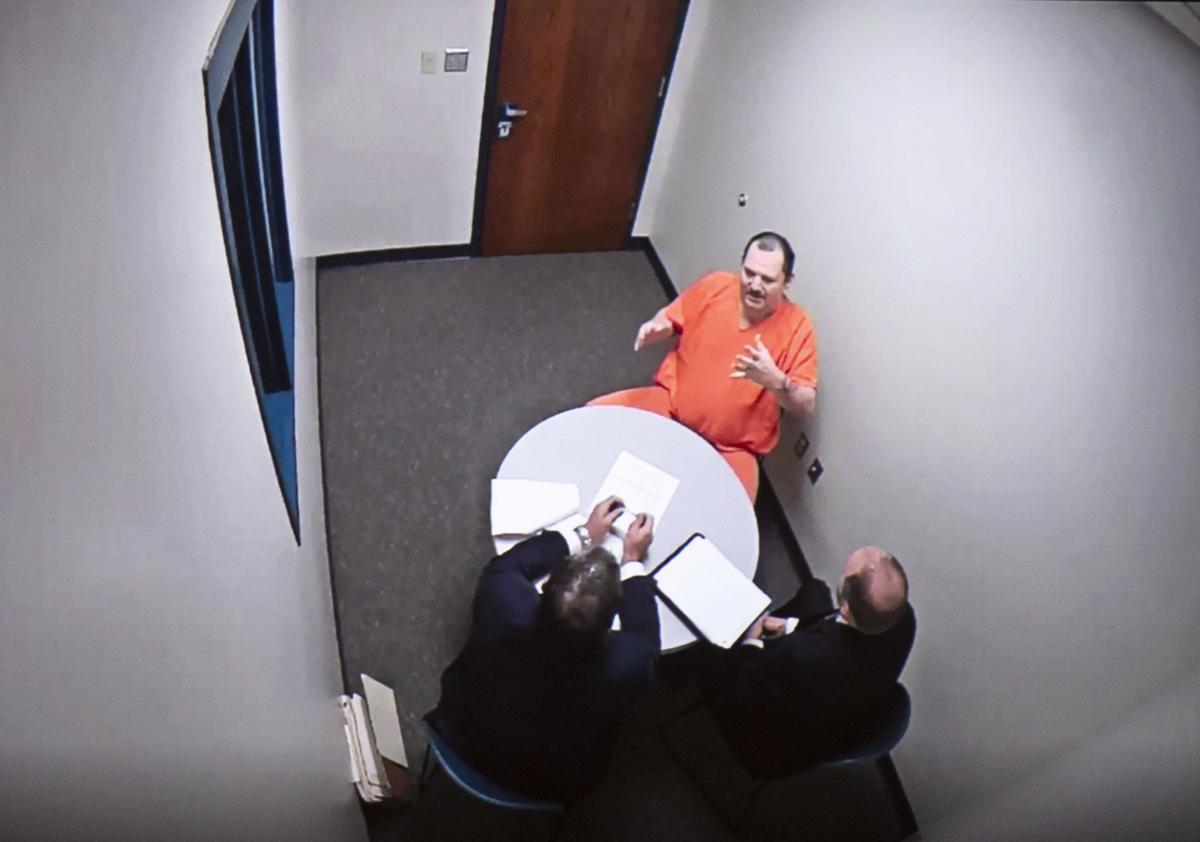 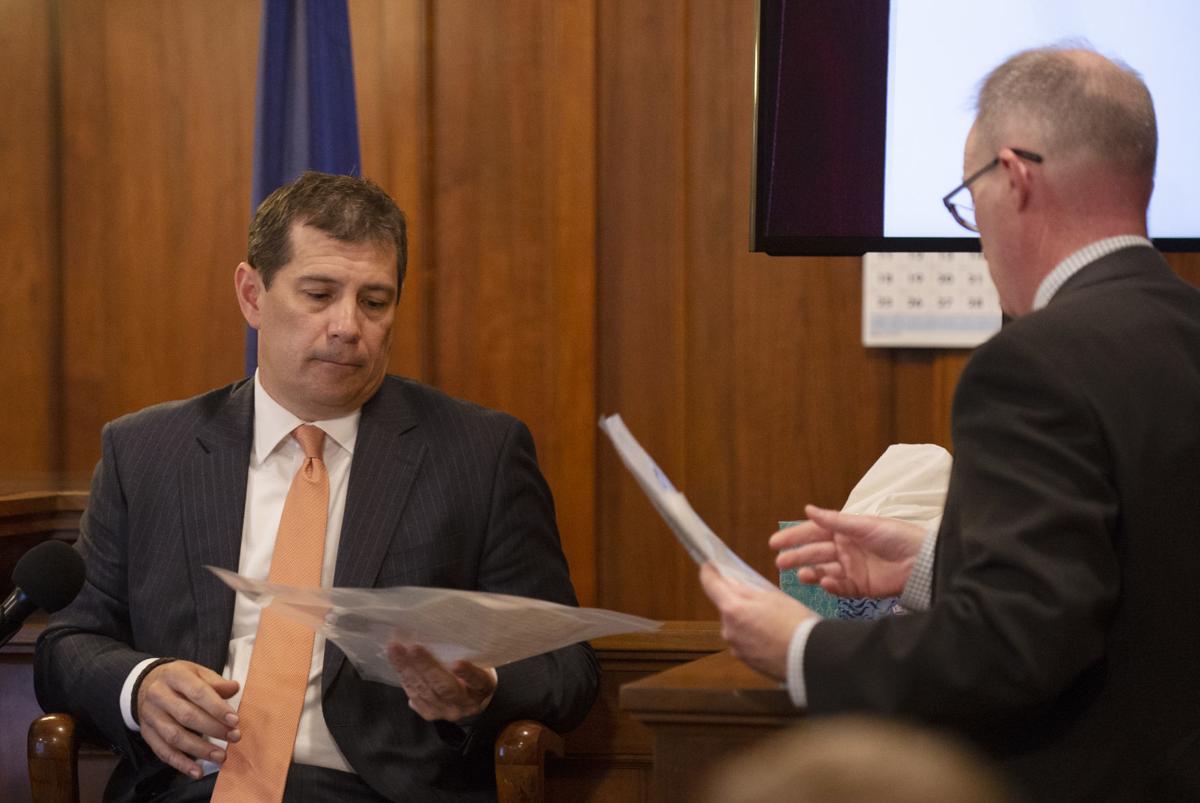 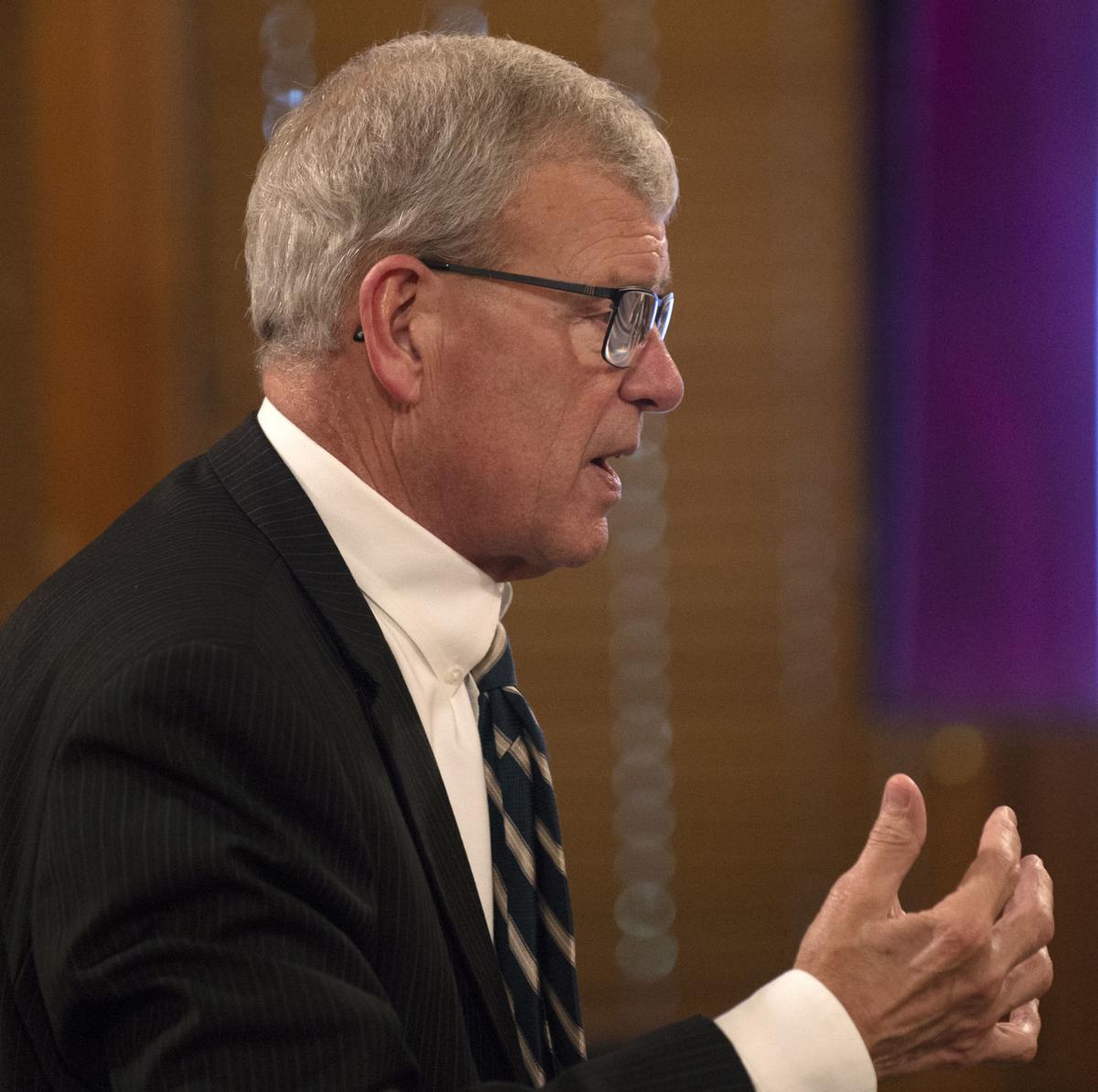 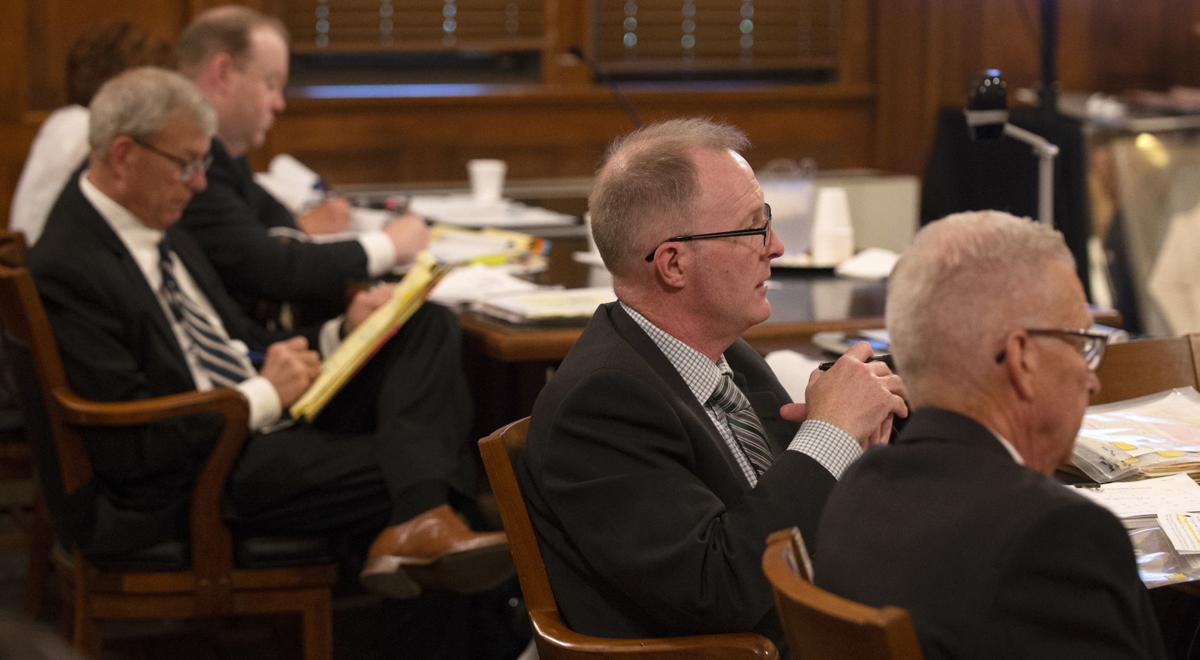 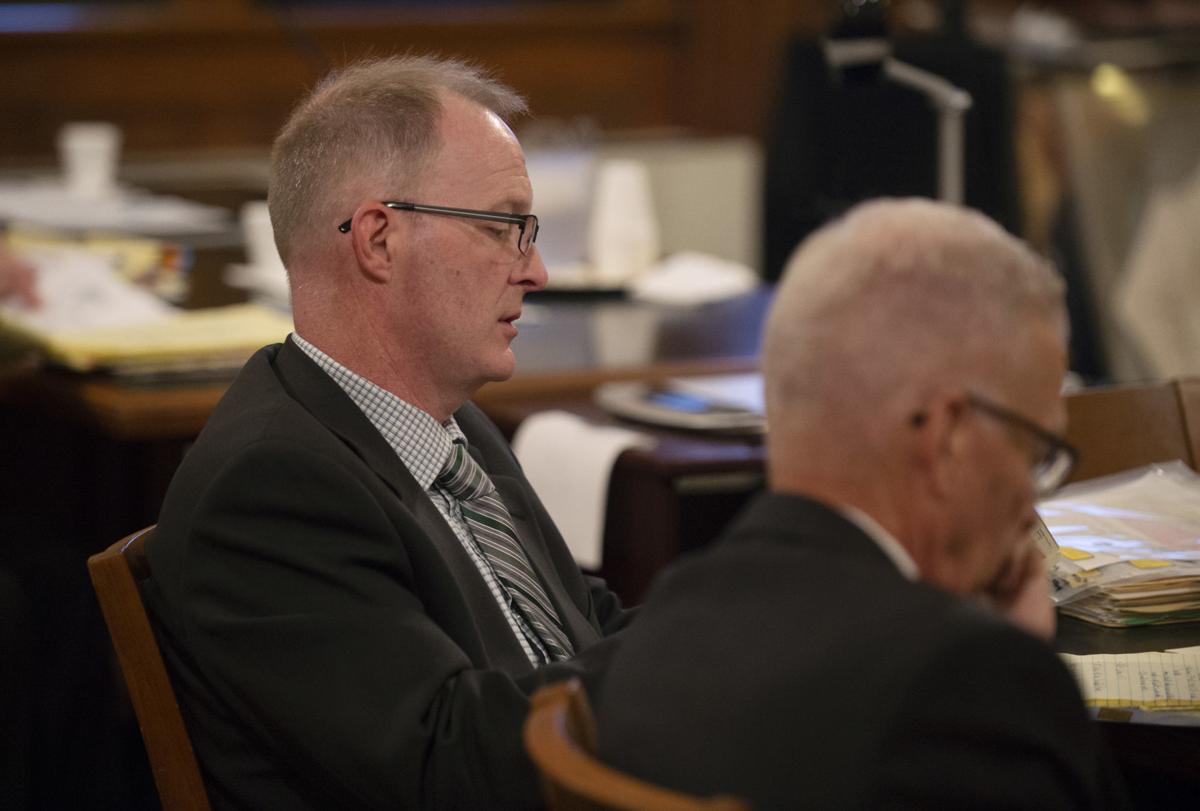 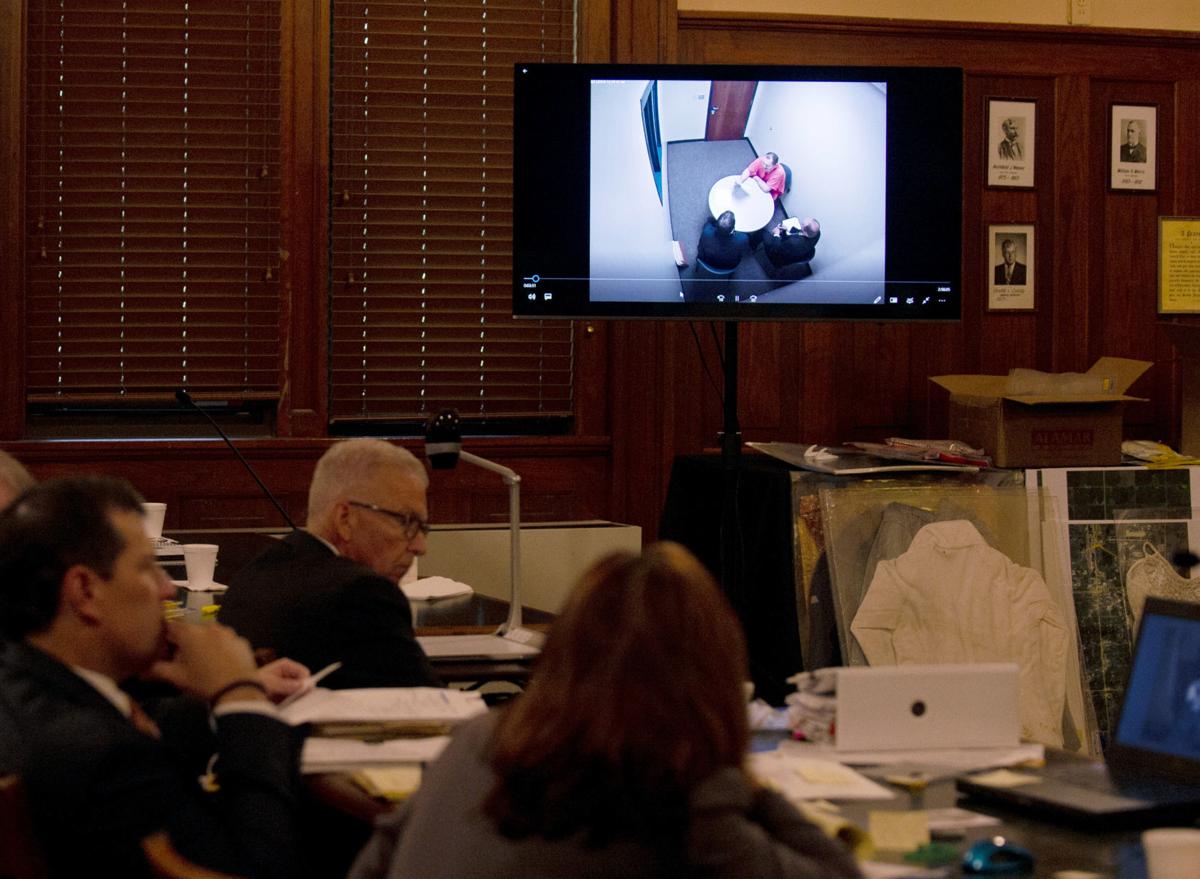 A four-hour police interview with Aubrey Trail is played on Friday in Saline County District Court. 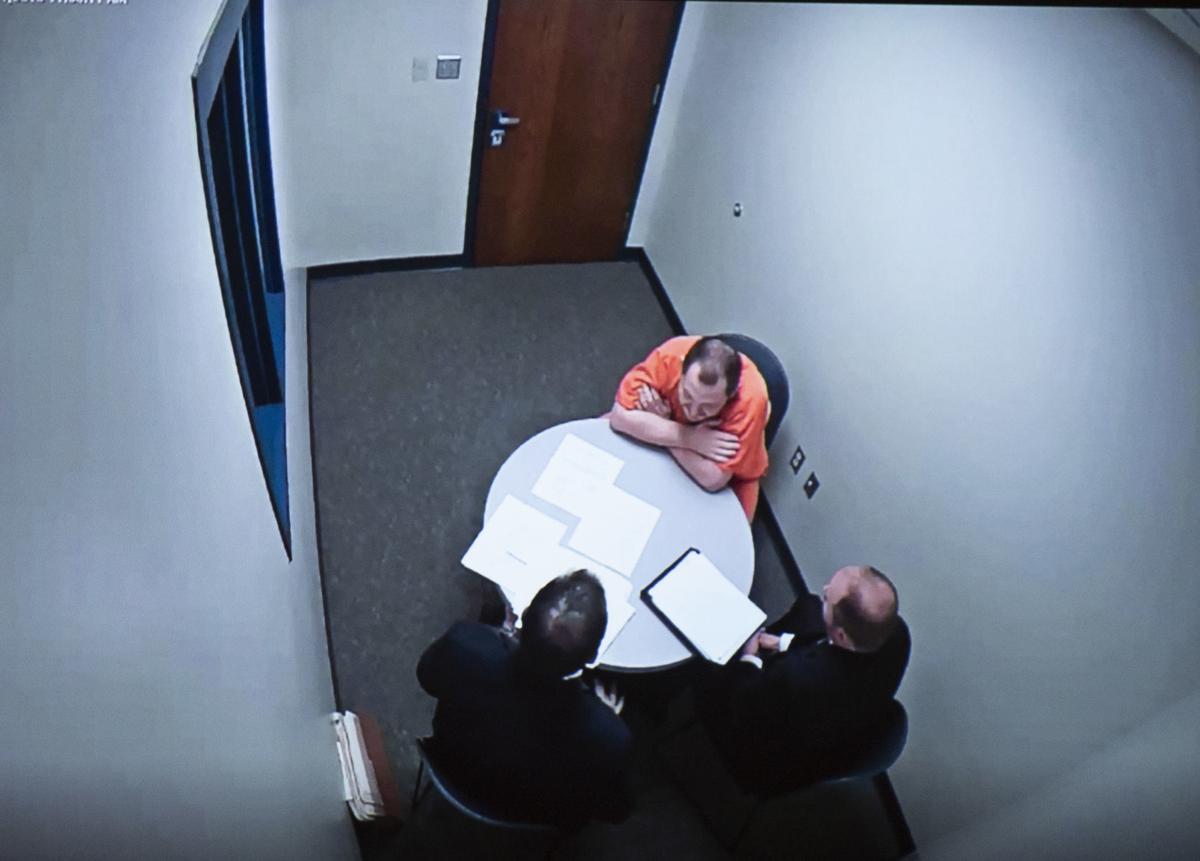 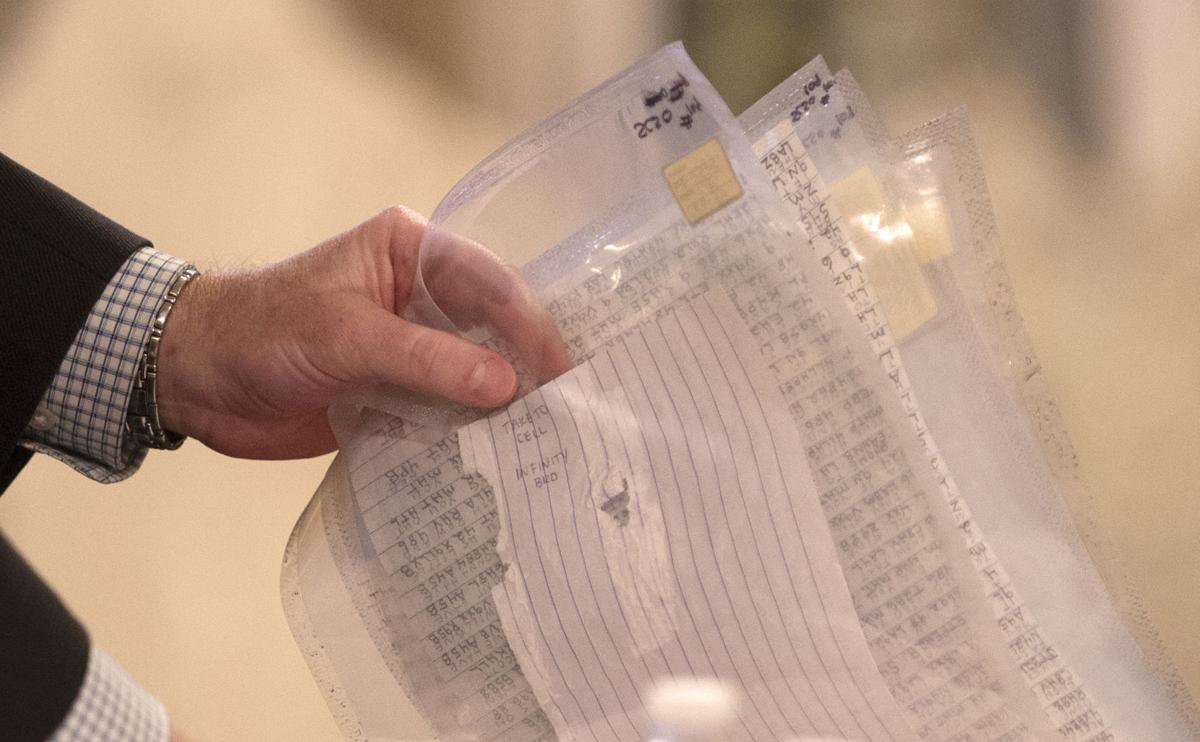 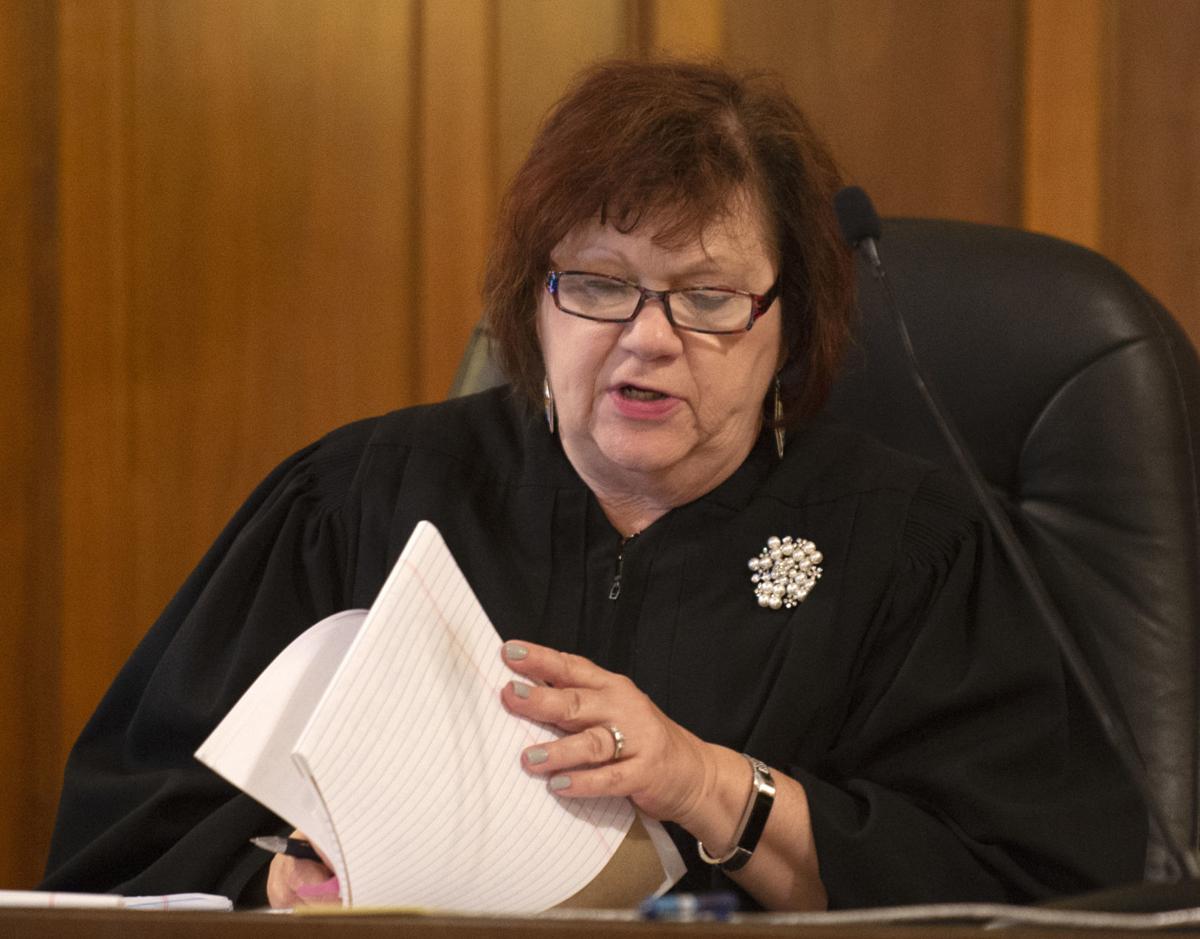 WILBER — For months, Aubrey Trail had denied he had anything to do with Sydney Loofe's disappearance, let alone that he'd killed her and cut up her body, putting the pieces in black Hefty bags and leaving them scattered in ditches and fields 60 miles west of here.

Until Feb. 4, 2018, a Super Bowl Sunday, when he admitted to investigators he did.

On Friday, the jury at Trail's first-degree murder trial watched a video of another interrogation, on June 11, 2018, the day two FBI special agents handed him court documents that showed he'd been charged with Loofe's murder.

Reluctant at first, Trail, who'd sat down with his back to the door, said: "Yeah, I'll talk to you."

In the three and a half hours that followed, he would tell agents Mike Maseth and Eli McBride his version of the story --  how he drained her body of blood and why he cut her into pieces and disposed of her the way he did.

Trail told the agents he doesn't believe in the God they do.

He sipped coffee as McBride asked what he did with Loofe's heart.

"To the best of my knowledge nobody cut her heart out. Nobody," Trail said in the exchange.

He said the cemetery in Clay County is a sacred place and that her remains were left there, as they were, so she would be incarnated quicker. He drew on a piece of paper where her head was, her arms, her torso and the rest.

Trail said when he and Bailey Boswell, Trail's fiancé, were out there the day after she died, with Sydney in the trunk of his car in trash bags, a cop followed them for 8 miles.

Trail told the FBI agents that he'd offered Loofe $5,000 cash to participate in someone else's sexual fantasy and she accidentally died at his hands.

"It was not supposed to go as far as it did. But it did," he said. "I do not distinguish between murder and anything else. She died, and I did it."

But Maseth asked why, if it was someone else's fantasy, were Trail's hands around Loofe's neck when she died? And what about the shopping trip he'd been on earlier the same day?

"Why are you buying a hacksaw?" he asked Trail about Nov. 15, 2017. "Were you planning on cutting something up the next day?"

Trail brushed it off. He said the saw was probably something he needed at the house.

That along with the Clorox and duct tape, plastic drop cloths and Hefty bags all bought before Loofe came over?

"Can you explain that? I'm having trouble, Aubrey, understanding. You're buying all this stuff to dispose of a body before Ms. Loofe is dead. It looks more than weird. Weird is understated," Maseth said.

Trail said only that he didn't know she was going to die in his bedroom.

Trail said there were two other women in the room when it happened and a video. But he wouldn't show it to the agents.

He said everybody has something they want to explore, sexual fantasies, and he made money letting people play theirs out.

Trail said his job was to keep the monsters in the cage.

Maseth said maybe Boswell had heard his talk about the "dark side" and bought in.

Trail denied it. He said he brought her in but didn't want to let her go all the way in. He said his lifestyle was about bringing things to the brink and coming back.

Inside: Earlier Friday, jurors see a video where Trail and Loofe cross paths at her workplace. Page A2.

A delivery driver found a man's body on a porch at a north Lincoln home Saturday evening, a police department spokeswoman said Monday.

A four-hour police interview with Aubrey Trail is played on Friday in Saline County District Court.