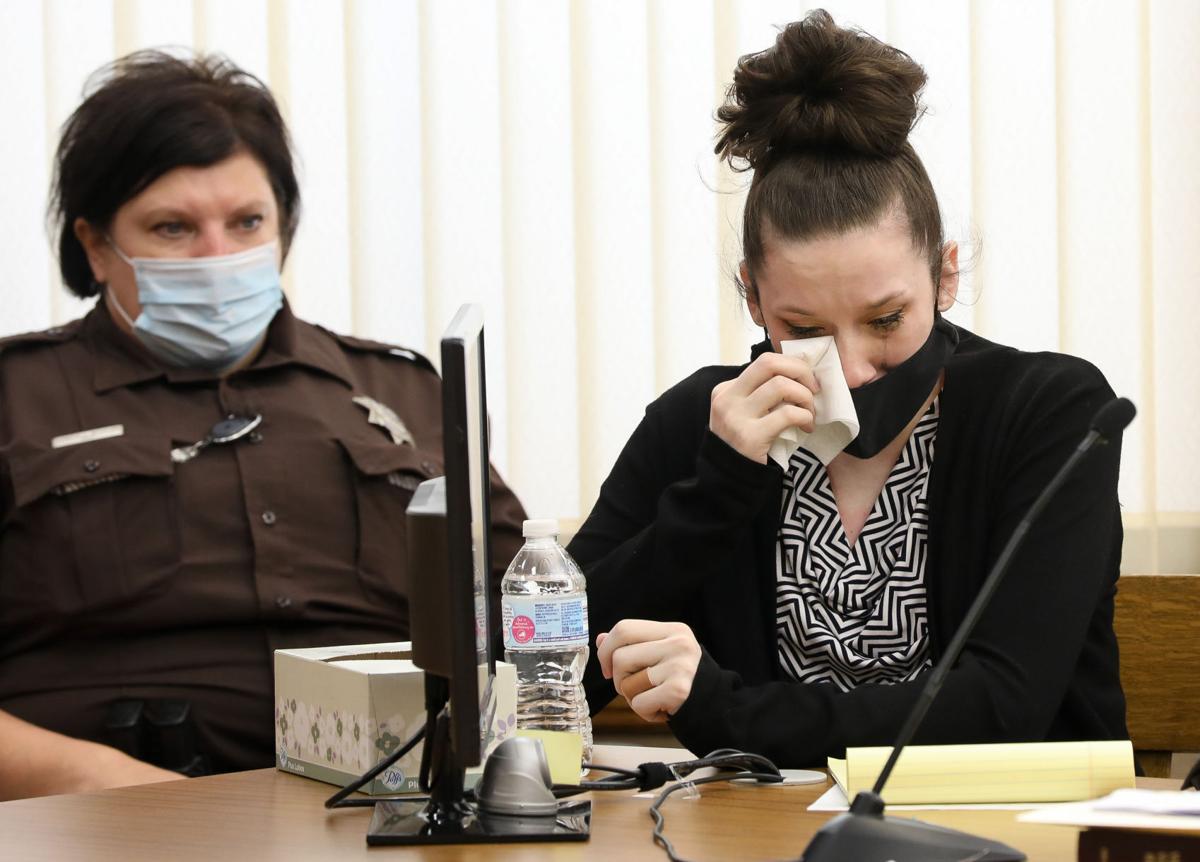 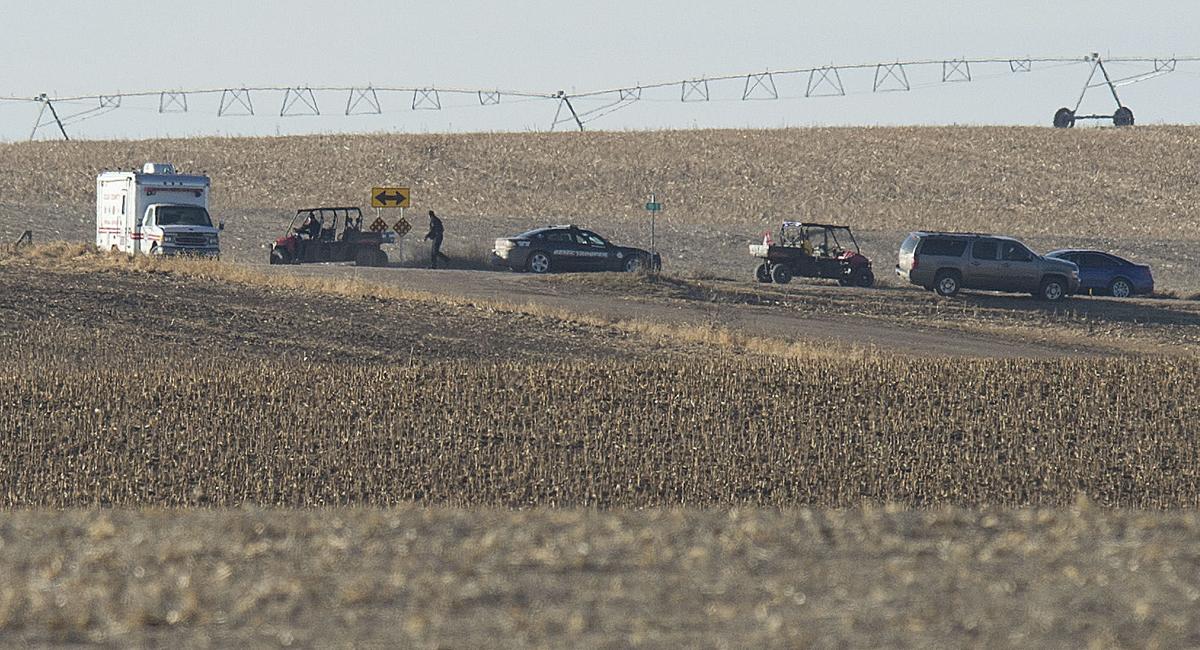 Jurors at Bailey Boswell's murder trial spent a sobering morning looking at gruesome photos of body parts, some found sticking out of garbage bags, all left scattered in ditches and farm fields in Clay County.

What had started with a missing persons report Nov. 16, 2017, quickly struck investigators as suspicious.

Sydney Loofe, a 24-year-old Lincoln woman, had disappeared after a Tinder date with Boswell, never to be seen or heard from again.

Until a Lincoln Police investigator tracked down her remains by following electronic bread crumbs of Boswell's and Aubrey Trail's phones.

As hope faded they would find Loofe alive, Officer Bob Hurley started plotting points where their phones had pinged or "shook hands with" cellphone towers to see where they may have stopped to dump a body.

But investigators had little warning of what they would find.

Missing witness with COVID-19 is one of 5 LPD officers currently isolating, chief says

On Dec. 4, 2017, a chilly day with gusting winds, more than 50 law enforcement officers headed out to Clay County to try to cover a 30-square-mile stretch by foot, searching for clues.

Hurley sent them north of County Road 308 and Road S near Edgar where, based on phone records, it looked as if Boswell and Trail had slowed or stopped.

Within minutes, Cory Townsend of the Nebraska State Patrol called back and said he had found something, Hurley recalled.

That's where they found a black plastic bag with arms, including part of a right arm with a tattoo, "It will all be wonderful someday." Just like Loofe's.

"Was that the first body part that was found?" Assistant Attorney General Mike Guinan asked.

Helped by hotel clerks who called in tips, FBI closed in on Boswell and Trail

Townsend said searchers had stopped in the first conceivable place someone could conceal a body, a cattail slough, then made a picket line and quickly started finding things they thought could be something. A portion of a map. A sheet or shower curtain with stains that could be blood.

Then, one of the officers, still on the gravel and looking into the ditch, said: "Hey, I've got something here."

Townsend headed over to where he was.

"This is what I saw. It's a bag that was partially torn open with human remains protruding from the bag," he said.

Because it soon would be dark and the wind was so fierce they could barely hear each other, they secured the scene and waited until morning to continue with the recovery, FBI Special Agent Eli McBride said.

On Thursday morning, he spent more than two hours on the stand, testifying about each of 17 scenes where they found body parts or other evidence, like clothes, garbage bag boxes and a tarp, during searches all day Dec. 5, 2017.

Prosecutors offered photos from each scene, where orange flags marked bags and severed body parts, which had been found on both sides of Road S and off Road 305. The defense had unsuccessfully tried to keep the gruesome photos from going in front of the jury.

Boswell wiped away tears as McBride stood before the jury, pointing to a part of his leg to demonstrate the part of Loofe's leg seen in the picture.

In all, he said, Loofe's body had been cut into 14 pieces. They recovered all but one, a piece of her upper left arm.

CLAY CENTER, NEB -12/5/2017 - Investigators on Road S in Clay County, continue their search for evidence in the disappearance of Sydney Loofe …

Law enforcement personnel search a stretch of County Road 310 between Roads S and T in Clay County on Tuesday.

Angel Mendoza, 17, made his first court appearance on the charge Tuesday, where Lancaster County Judge Laurie Yardley set his bond at $100,000.

In the new indictment, originally filed last week and unsealed Monday, the man accused of distributing heroin three times that twice resulted in serious injury to the victim and later resulted in his death.

The man, who works for an Omaha-based firm, is accused of a scheme in which he allocated gains from a group trading account to himself and losses to his clients.

The Wisconsin man exited the trooper's cruiser, ran to his vehicle and fled, according to the State Patrol. The trooper initiated a pursuit that reached speeds of 130 mph before the SUV crashed.

Police say several shots were fired, injuring a man in the arm. His injuries are not considered life-threatening.

The suspect turned himself over to deputies. Inside the house, deputies found a deceased 90-year-old woman, as well as an injured adult male.

The jury previously heard about how Sydney Loofe's cut-up driver's license had been found on the north side of Nebraska 41 near Wilber, plus pieces of her Visa card and an iPhone.

Officers were called to the 700 block of West A Street at about 12:20 a.m. Saturday and found several shots that had struck the side of the house, resulting in minor damage.

DNA testing at the FBI Lab in Quantico, Virginia, failed to provide answers as to who had been wearing the gloves or to tie Bailey Boswell, the woman on trial for Loofe's murder, to the killing.

Loofe texted friend after first date with Boswell: 'I hope she doesn't have a boyfriend'

Sydney Loofe told her friend that she had just gotten home from "chilling with this super cute girl."

Boswell trial turns to talk of witchcraft: 'To get your power, you would have to breathe in someone's last breath'

On the eighth day of the trial, talk turned to witchcraft, at times sounding more like a screenplay than a real-life description of a couple later charged for killing and dismembering a young Lincoln woman in small town in Nebraska.

Witness at Boswell trial: 'I paid three psychologists to forget this incident'

Prosecutors say Bailey Boswell and Aubrey Trail had tried to recruit women, like Ana Golyakova, to kill someone and ultimately chose Sydney Loofe, who had matched with Boswell on Tinder, as their victim.