Two men in their 20s — both big in the Nebraska wrestling community — died in a fiery crash early Thursday after losing control on South 27th Street and colliding with a tree between Sewell Street and Park Avenue.

The crash killed Max Hughes, a former star high school wrestler, and Christian Miller, a junior on the Husker wrestling team. Both were 21.

It happened just before 2 a.m.

Officer Erin Spilker said at Thursday morning's briefing that neighbors who heard the collision came to help with garden hoses, and an LES employee driving by stopped with a fire extinguisher until Lincoln Fire & Rescue arrived and put out the fire.

By then, the two had died, she said.

Spilker said the officers were treated for cuts to their hands during attempts to save them.

She said video in the area showed the car had been heading south on 27th at a high rate of speed when the driver apparently lost control.

Lincoln pair accused of financial abuse of neighbors in their 80s

Husker wrestling coach Mark Manning called it a tragic and devastating loss for everyone who knew and loved Miller.

"My thoughts are with his family and I pray for them in their time of grief," he said. "Christian was a young man full of energy with a bright future ahead of him."

He said it will take time for them to begin to heal as a wrestling family.

Abducted child recovered, man arrested on I-80 outside North Platte

Miller, a native of Plainview and four-time state high school wrestling champion, competed for the Husker wrestling program for four seasons. He had a 15-9 career record as a Husker, including a 12-3 record in 2019-20. He also was a two-time member of the Nebraska Scholar-Athlete Honor Roll.

His coach there, Josh Watts, said: "Max was a valued member of the Reivers wrestling family, and we are shocked with the news today. Today hurts on many levels and it will take time to recover from our loss. We will grieve, we will miss him, and most importantly we will honor him with our daily effort and our pursuit of our goals."

The verdict follows a nearly three-year investigation by the Grand Island Police Department.

A 19-year-old man told police four men approached him as he left a friend's house. They brandished guns and demanded his belongings, getting away with his wallet and cell phone. Two people in the house said they were robbed, too.

Christine Vanderford, 48, also was ordered to pay a $1,000 fine and serve 90 days in county jail starting May 10, unless it's later waived by the court.

Police say the man's wounds were serious, but that he was in stable condition Friday.

Officer Erin Spilker said that during the investigation into the stabbing police determined narcotics may have been a factor in the assault. She said they got a warrant to search his apartment.

The thieves took off with rings, necklaces, earrings and wedding bands. But the total loss amount wasn't yet known.

Speeds reportedly had gotten up to 100 mph on Nebraska 43 coming into Lancaster County. The woman said when she tried to turn west onto Firth Road, the Adams man struck her vehicle with his.

Both were transported to Nebraska Medical Center, where 21-year-old Gabriel Miller died of his injuries. The second victim was in critical condition.

Under his “tough-guy exterior,” Max Hughes had “nothing but a soft heart on the inside,” his mother said. “He approached everything he did with passion."

It took 2½ weeks to complete the project, and about 8-10 hours per shoe if uninterrupted — "You want to do it the right way." 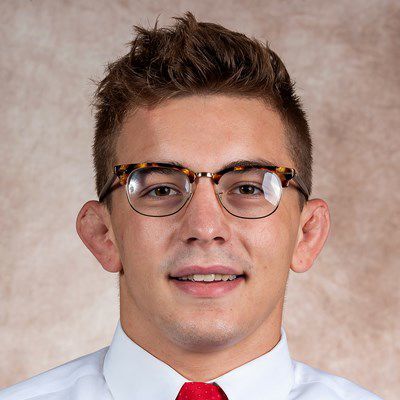