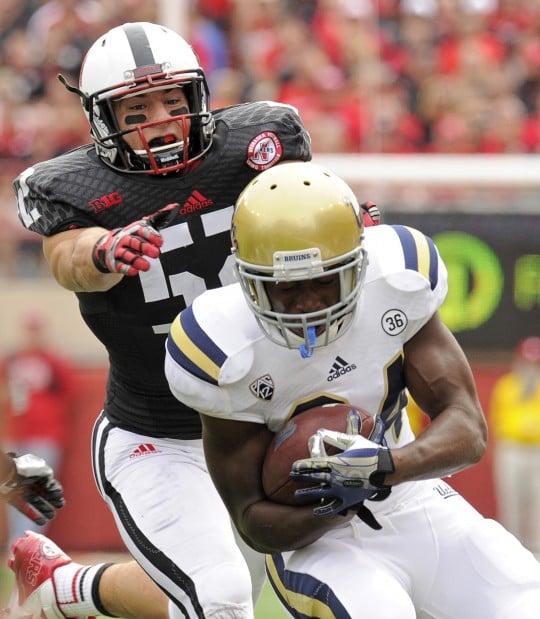 Nebraska linebacker Josh Banderas (52) defends on a reception by UCLA running back Paul Perkins (24) during the Sept. 14 game at Memorial Stadium. Banderas is playing different linebacker positions this spring. 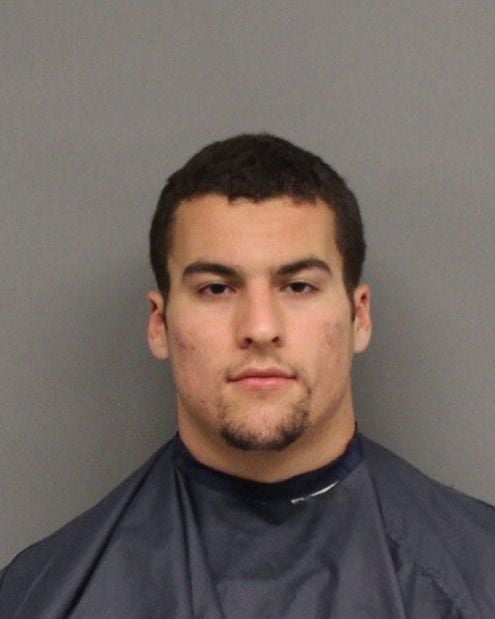 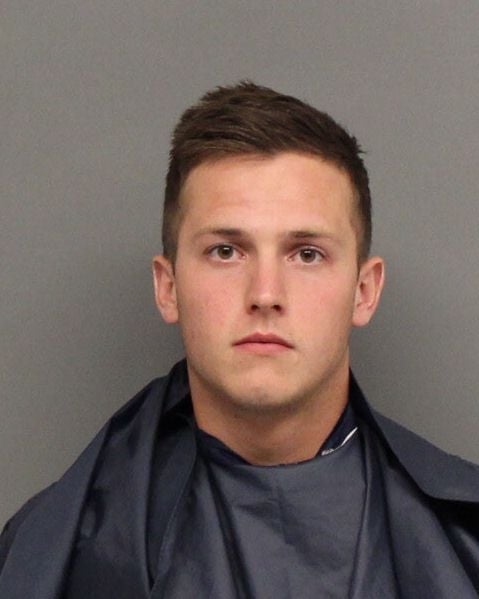 Lancaster County prosecutors on Tuesday charged a Husker linebacker and a distance runner with stealing seven bikes from a University of Nebraska-Lincoln rack Monday.

Josh Banderas, 19, and Lucas Keifer, 19, each face felony theft charges after police pulled them over at about 5:10 p.m. Monday.

Assistant UNL Police Chief Charlotte Evans said a witness called 911 just before 5 p.m. after seeing two people clipping bike locks with a bolt cutter and taking them to a truck.

The truck left, and UNL and Lincoln police officers responded to a larceny-in-progress call.

They seized the mountain bikes, valued at $1,699, and a bolt cutter from the truck’s bed.

Both were taken to jail on suspicion of possession of burglar’s tools and theft by unlawful taking between $500 and $1,500.

They were released from jail Tuesday on $3,500 bond each and will appear in court June 17.

Banderas started four games for the Huskers last fall and this spring competed for first-team duties. He finished with 28 tackles last season, including two sacks.

A Lincoln Southwest High School graduate, Banderas was regarded by many as Nebraska's top football player for the class of 2013.

An Athletic Department spokesman said administrators and coaches are aware of the incident and have no further comment.

Keifer, who attended Southwest with Banderas, runs for the cross country and track and field teams.

Coaching football at Nebraska has enough challenges without the head coach and his staff forever feeling under fire, Steven M. Sipple writes.

Huskers sought to cash in on stolen bikes, police say

A Husker linebacker and runner wanted to sell the bikes they’re accused of stealing, according to court documents released Wednesday.

Husker linebacker gets diversion for theft

The Lancaster County Attorney's Office dismissed its case against a Husker linebacker Friday, saying he was going through the pre-trial divers…

Both Husker athletes accused of stealing seven bikes from a University of Nebraska-Lincoln rack May 12 will enter a pre-trial diversion program.

Get the latest news

Stay up-to-date with the news you need to know now, delivered to your inbox or phone as it happens.

More at Life in the Red

News, tidbits and more from the Husker Extra team at the Life in the Red blog.

Nebraska linebacker Josh Banderas (52) defends on a reception by UCLA running back Paul Perkins (24) during the Sept. 14 game at Memorial Stadium. Banderas is playing different linebacker positions this spring.