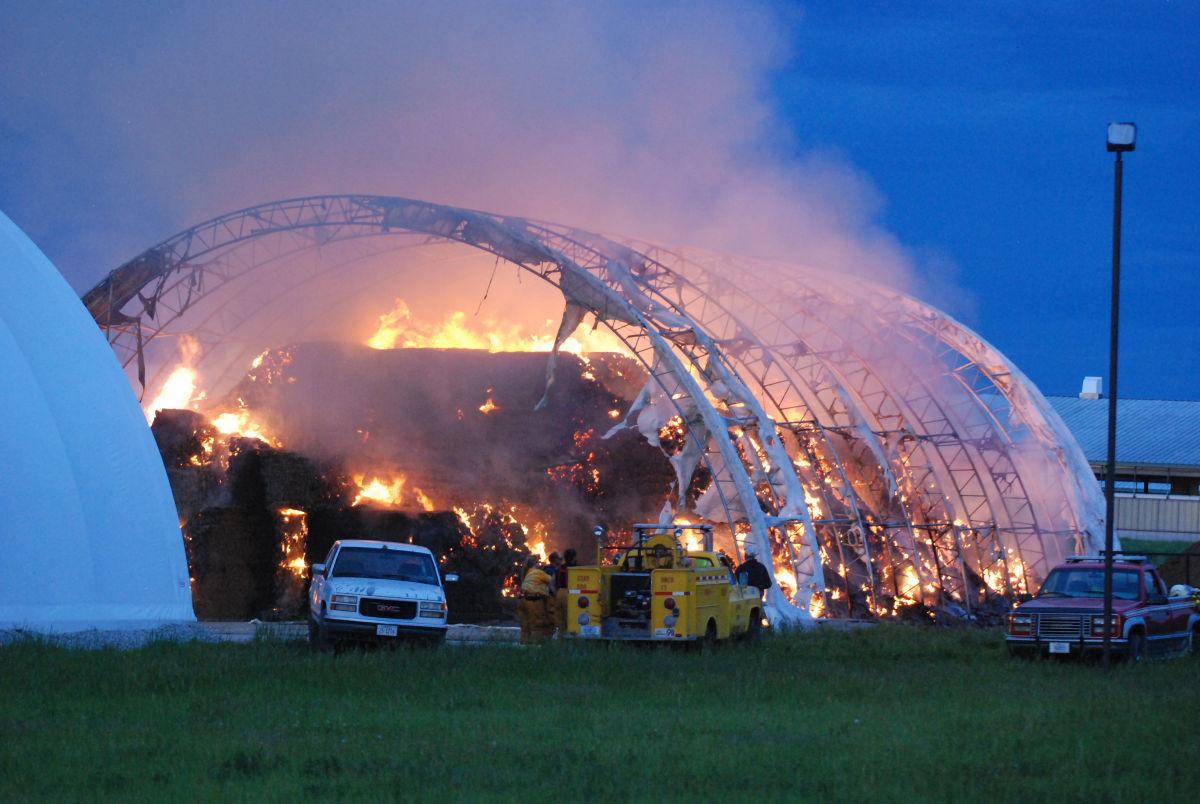 Firefighters monitor a burning haystack Sunday night at the Butler County Dairy in Butler County. The fire was contained to a structure that held 450 1-ton hay bales. 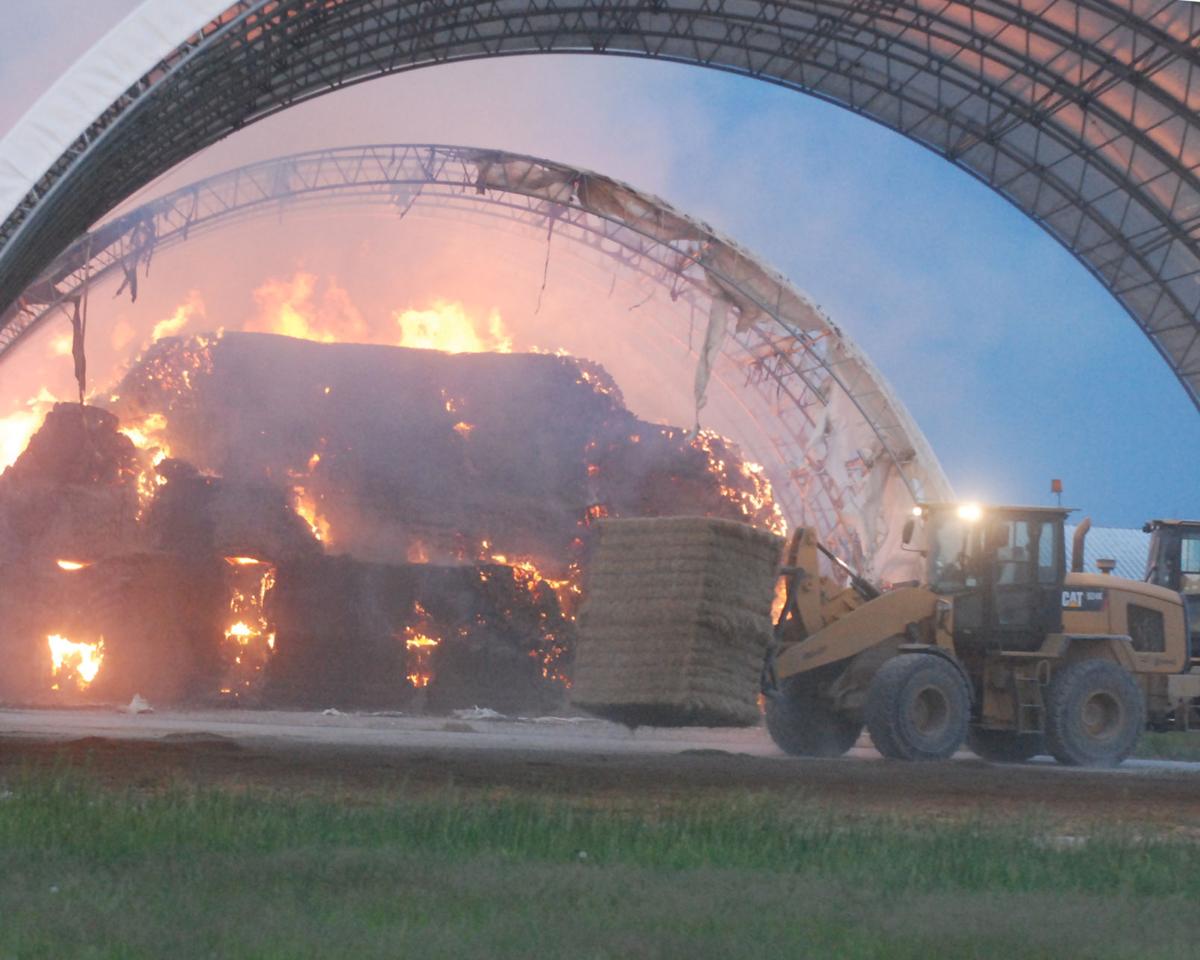 Butler County Dairy employee move bales from an adjacent shed to prevent the fire from spreading.

By LARRY PEIRCE / The Banner-Press

Firefighters from several departments were called to the Butler County Dairy Sunday afternoon when a stack of 450 1-ton bales caught on fire.

The call for assistance came in at 4:29 p.m. The dairy is four miles south of Rising City in western Butler County.

It wasn’t long before dairy management determined the fire couldn’t be stopped.

Doehling said, fortunately, the wind was out of the southeast, so it blew the fire west and away from about a dozen other storage buildings filled with hay, used to feed the dairy’s 6,000 cows.

Rising City Fire stayed on the scene Sunday night to monitor the bales as they burned to a manageable level. Remaining bales will be buried next to the shed.

Doehling said once hay is contaminated with smoke, livestock won't eat it.

Firefighters monitored the fire in case the wind changed direction.

Doehling said the cause of the fire was under investigation, but spontaneous combustion was suspected.

“They had some hay that wasn’t cured all the way,” Doehling said, adding dairy staff was monitoring the interior heat of the bales earlier in the day.

Such hay fires are not frequent occurrences, but local fire departments have responded to a few over the years at Double Dutch Dairy, about five miles from the Butler County Dairy. Both are owned by Todd Tuls. Management of the dairy was not fielding questions about the fire Sunday night.

Doehling said large-bale hay fires are almost impossible to stop because of the heat. They can take thousands of gallons of water and still not be extinguished. The bales will have to be broken apart before they can be safely handled.

“We are going to be here all night, that’s a given,” Doehling said.

Firefighters from David City, Shelby and Ulysses were called to the scene.

Matthew McConaughey will not run for governor of Texas

Matthew McConaughey will not run for governor of Texas

Woman killed, another jailed in fatal crash near Greenwood exit

Firefighters monitor a burning haystack Sunday night at the Butler County Dairy in Butler County. The fire was contained to a structure that held 450 1-ton hay bales.

Butler County Dairy employee move bales from an adjacent shed to prevent the fire from spreading.