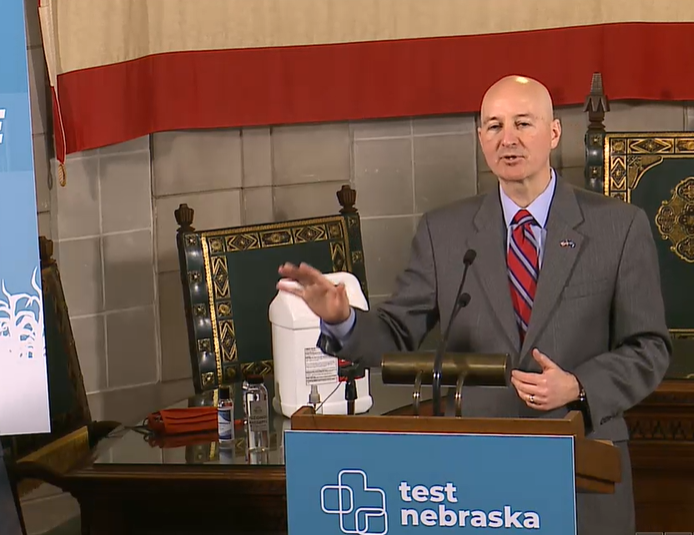 Gov. Pete Ricketts speaks at a press briefing on May 25. 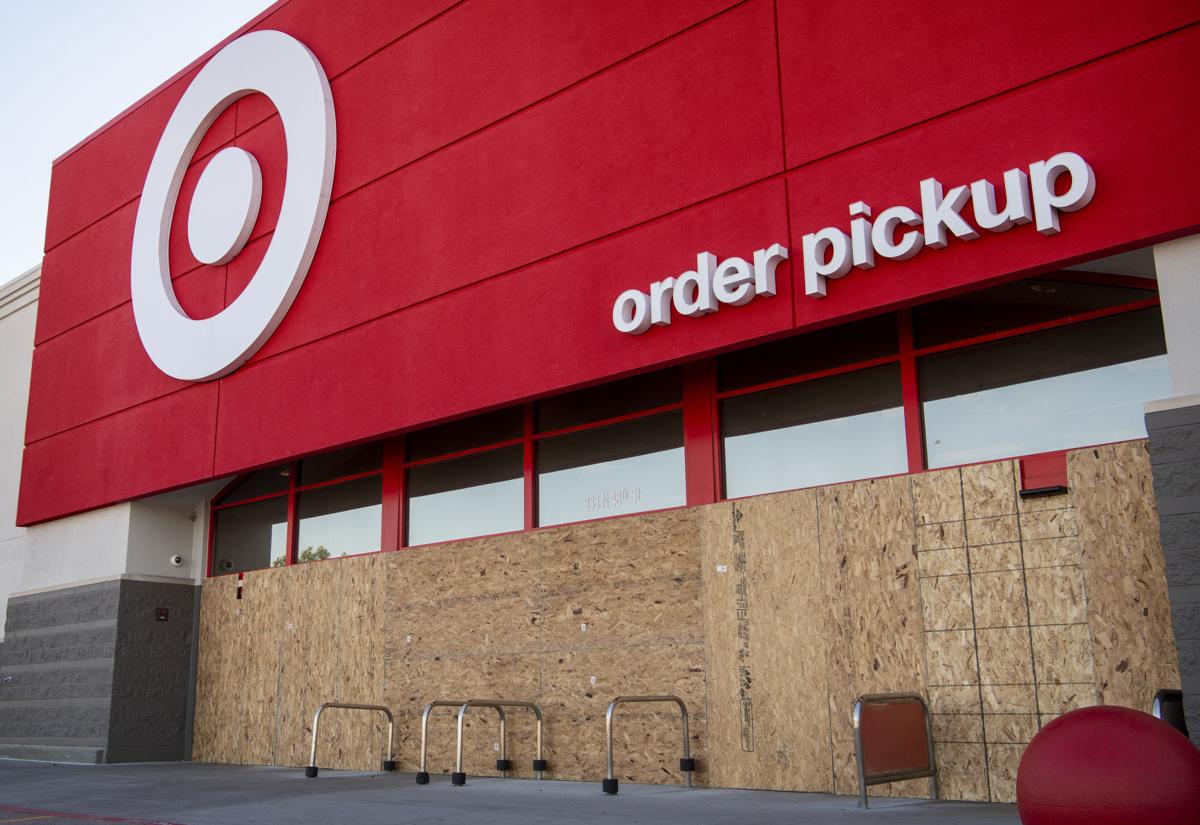 The Target at 333 N. 48th St. temporarily boarded up its front doors Monday.

Gov. Pete Ricketts on Monday expressed dismay over the level of "disruption and chaos" in Lincoln and Omaha over the weekend, which he said was a "terrible one" not seen in recent memory.

He pleaded for people to reject violence as they exercise their rights to peaceful protest.

Ricketts was referring to the thousands of people demonstrating Friday and Saturday nights following the death of George Floyd in Minneapolis last week from what an independent autopsy said was asphyxiation from sustained pressure. A white Minneapolis police officer pressed his knee on Floyd's neck for eight minutes as the African American man told him he couldn't breathe.

The Lincoln and Omaha protests over the killing of Floyd "right there on the street," started out as peaceful, he said at a news briefing, but were hijacked by people who wanted to cause harm.

Peaceful protests were about the "very real issues that face minority communities about black people's access to justice and how they're treated by law enforcement.

"Justice must be served for George Floyd," Ricketts said. "And to the folks out there who are hurting, we hear you."

Those who protested peacefully took an important issue and treated it with the dignity it deserved.

But he condemned the violence, loss of life and property destruction that only distracts from the memory of Floyd, he said. A 22-year-old black protester, James Scurlock, was killed Saturday night in Omaha's Old Market by a white bar owner, which was ruled by the Douglas County authorities as being in self-defense.

Ricketts pleaded Monday with people to stay peaceful while expressing their First Amendment rights. And to go home before the curfews that has been enacted in both cities.

In regard to President Donald Trump reportedly telling governors they had to get tougher with protesters, dominate, make arrests and show more force, Ricketts said he is working with the mayors and police chiefs to allow people to be able to express their First Amendment rights in a safe way.

He said violent protesters are a small group and that law enforcement must use the appropriate amount of force to arrest them, take them into custody and charge them appropriately.

The plans the police chiefs have put together with support from the Nebraska State Patrol and National Guard are appropriate, he said.

Ricketts thanked those in Lincoln and Omaha who came out after the weekend violence to help clean up.

His administration will continue to work with minority communities to make progress toward more equality and justice, he said.

He gave as examples the work they have done with residents in north and south Omaha in regard to more COVID-19 testing and plans for more economic development within those communities.

"That's just the most recent examples through this pandemic and how we've been working with those communities in north and south Omaha to provide for the things that they're looking to have done as far as services, and also building trusting relationships," he said.

Protests in cities across Nebraska

Protesters took to the streets in Grand Island, Kearney, North Platte and Scottsbluff as well as Lincoln and Omaha.

Pastor Jarrod Parker says to Omaha mayor and police chief: "You're not listening. And you can't listen, because at the top of the state is a racist governor."

Ricketts didn't say 'you people,' audio shows, but he says it was still insensitive

The recording was posted on Anonymous, run by a so-called hacktivist group that said it posted the audio for the sake of accuracy.

Money from a coronavirus relief bill will help families and child care centers that have been affected by COVID-19.

Officials said they plan to test all National Guard personnel who have been on duty assisting police in Lincoln and Omaha.

Gov. Pete Ricketts speaks at a press briefing on May 25.

The Target at 333 N. 48th St. temporarily boarded up its front doors Monday.