'Get the hell out of here': Lincoln neighbors come face-to-face with fleeing suspect
View Comments
Share this
{{featured_button_text}}
Chris Dunker

On the other end of the phone, Brian Solomon's sister was telling him about a shooting that occurred several blocks north of where he lived.

Then something moved outside Solomon's kitchen window.

"It was this little head," said Solomon, who has lived in the 300 block of North 34th Street for six years. "I open the door, and I'm face-to-face with him. He's trying to hide behind my AC.

Solomon was one of several neighbors who came in close contact with Felipe Vazquez as a manhunt ensued following the shooting of a Lincoln police officer at about 11:30 a.m. Wednesday.

Officers were serving an arrest warrant on Vazquez, who was wanted on suspicion of second-degree assault in connection with a March homicide, at a house near 33rd and Vine streets.

Police said someone inside the house fired a shot, hitting an officer, who was in critical condition at Bryan West Campus on Wednesday afternoon.

Police returned fire, before two people inside the home jumped out a window and fled east down Vine Street, according to witnesses.

One suspect was arrested after a brief pursuit, and Lincoln Police created a wide perimeter around the neighborhood to prevent Vazquez from eluding capture.

The 17-year-old Vazquez apparently ran through alleys to the south, skirting the western edge of Wyuka Cemetery, before he knocked over a fence surrounding a vacant house and entered Solomon's backyard.

As Solomon stepped out the back door with his beagle to confront Vazquez, he said the suspect was bleeding from his right arm and asked for help.

Breaking and trending news in your inbox

Solomon said he wasn't able to tell what kind of injury Vazquez had suffered. Lincoln Police said neither of the suspects were wounded by gunfire.

Solomon took his dog back inside and locked the doors just in time to hear police swarm the area.

After jumping the wrought-iron fence, Vazquez crossed 34th Street to the west, narrowly evading police into a backyard, where he found an unlocked door and let himself in after 12:15 p.m.

"You've got to be kidding me," he added.

Still in his pajamas, Delaney went downstairs to the kitchen of his home, also in the 300 block of North 34th Street, where another sound led him to the basement.

Wielding a Maglite for self defense, Delaney said he flipped on the lights and saw someone hiding behind a heating-and-air conditioning unit.

He raised his voice, telling whoever was behind the mechanical system that police were outside, that the person had broken into his house illegally and that he needed to leave.

Vazquez didn't move, so Delaney yelled at him again.

The "young kid," as Delaney described him, emerged from his hiding place and showed the homeowner his bloody arm, asking for help.

Delaney said he briefly considered giving Vazquez something to wrap his arm with, but thought better of it and told the teen again he had to leave.

The suspect complied, walking up the stairs into the kitchen, where Delaney pushed him out onto a small porch and locked the door behind him, he said.

In the backyard were several officers with guns drawn, including a police sniper positioned behind Delaney's car.

Delaney walked to the front of his house, opened his front door and told the officers closing in on the home he had chased Vazquez out the back, and then returned to the back porch once more to shoo Vazquez away.

As officers arrested Vazquez in the back yard, Delaney was led into the back of a police car, where officers took his story. He said he gave investigators permission to search his home and drew them a diagram of the basement where he discovered Vazquez's hiding spot.

The perimeter set up in the Hartley neighborhood began to come down before 2 p.m., as officers continued to search Delaney's home while he sat in a rocking chair on the front porch.

Solomon and Delaney both said Vazquez, whom police earlier described as potentially armed and dangerous, did not make any threats toward them, did not brandish a weapon and left when he was confronted.

"He looked more scared than anything," Solomon said.

Photos: Pursuit of suspect in central Lincoln after shooting

Police Chief Jeff Bliemeister said the 23-year veteran of the Lincoln Police Department, who was not named, underwent surgery Wednesday afternoon and remained in critical condition.

Anthony Moreno, now 17, is set for sentencing in October.

Lincoln Investigator Mario Herrera, who was shot in line of duty, dies

Angel Mendoza, 17, made his first court appearance on the charge Tuesday, where Lancaster County Judge Laurie Yardley set his bond at $100,000. 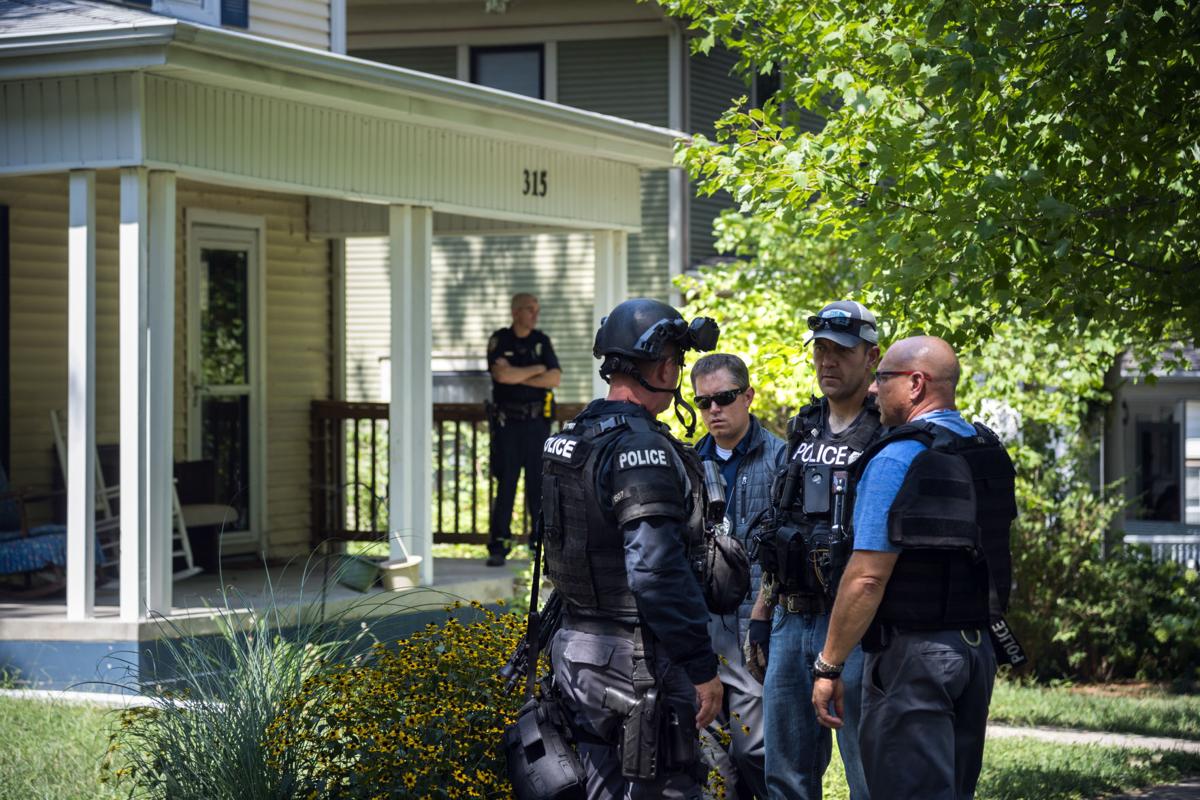 Police officers are seen outside a house in the 300 block of North 34th Street, where they apprehended a suspect after a police officer was shot nearby Wednesday. 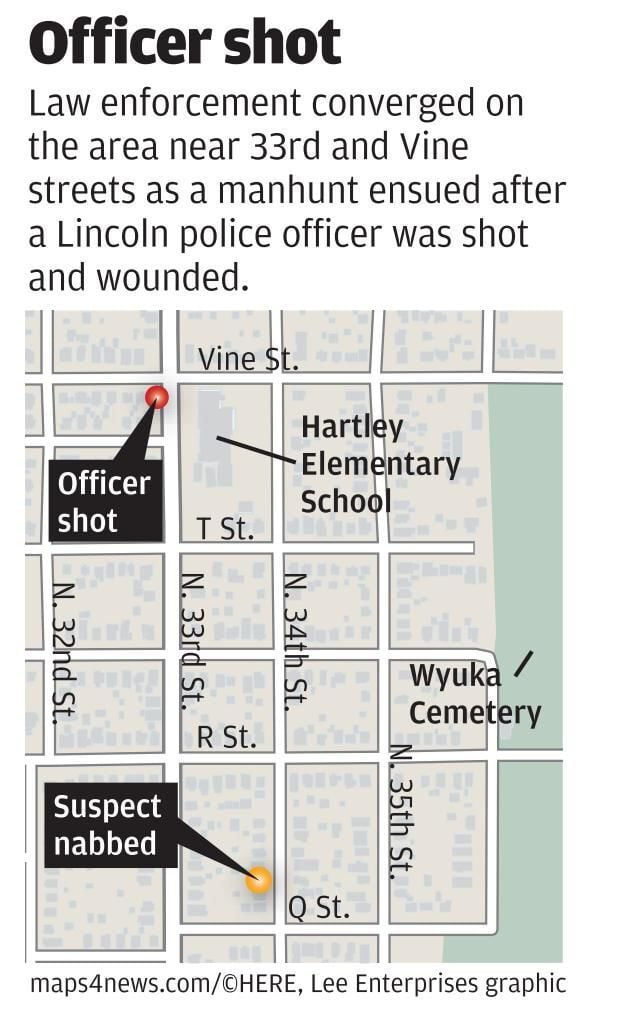