Police said Wednesday morning that they would not release more details about the arrests until after the men are charged.

Legrone and Hunt will be in court Wednesday at 2 p.m. for a bond hearing, according to Carlos A. Monzon, who represents Hunt.

“The timing of the arrest was independent of any external factors,” he said.

The arrests stem from an Aug. 25 incident at the players' off-campus Lincoln apartment that police have been investigating for several months.

Last week, a Title IX investigation by the University of Nebraska-Lincoln separate from the criminal investigation led to 2½-year suspensions from UNL for both student-athletes. According to the report obtained by ESPN's "Outside the Lines," the suspensions were for allegedly violating the university's sexual misconduct policies.

The Title IX report states the "greater weight of the evidence" supported that the two men "engaged in sexual assault and sexual harassment, in violation of university sexual misconduct policies."

Lawyers for Hunt and Legrone, both redshirt freshmen this season, told the Journal Star last week that they believed their clients had done nothing wrong.

Prosecutors "have had over four months to charge this young man. And they have not done so," Monzon said Tuesday, calling the arrests and the Title IX investigation findings "a calculated railroading of their reputation."

Added Monzon: "It is not until this all came to light by ESPN that (prosecutors) finally decided to do something about it."

Findings of sexual misconduct through the Title IX process do not require the same type of evidence that would be required to charge someone in a criminal case. Instead, results are based on a preponderance of evidence, which means the evidence weighs more heavily in favor of one side over the other.

According to the report, Hunt, Legrone and the woman involved each said Hunt and Legrone had sex with her; however, they disagreed as to whether the sex was consensual.

Hunt, of Palmdale, California, and Legrone, an Atlanta native, were indefinitely suspended from the Husker program before the team's season opener, and last week, a spokesman for the football program confirmed that both players had entered the NCAA's transfer portal.

The university set a 2½-year suspension in order to allow the woman, who is not a student-athlete, to complete her education "free from a hostile environment" with the two men, according to the report.

Monzon said Tuesday he had filed an appeal of the Title IX findings on Hunt's behalf.

Two Nebraska football players who were suspended in August from the team now face a 2½-year suspension from the university because they allegedly violated the school's sexual misconduct policies.

Ex-Husker players go before judge on sexual assault allegations, neither yet charged

Court hearings set for Friday for former Husker football players Katerian LeGrone and Andre Hunt have been continued into January.

Katerian LeGrone and Andre Hunt are expected to appear in Lancaster Count Court on Thursday.

Both former players have been out on bail and also faced civil cases evicting them from their off-campus apartment where police arrested them Dec. 10 on the UNL student’s allegations. 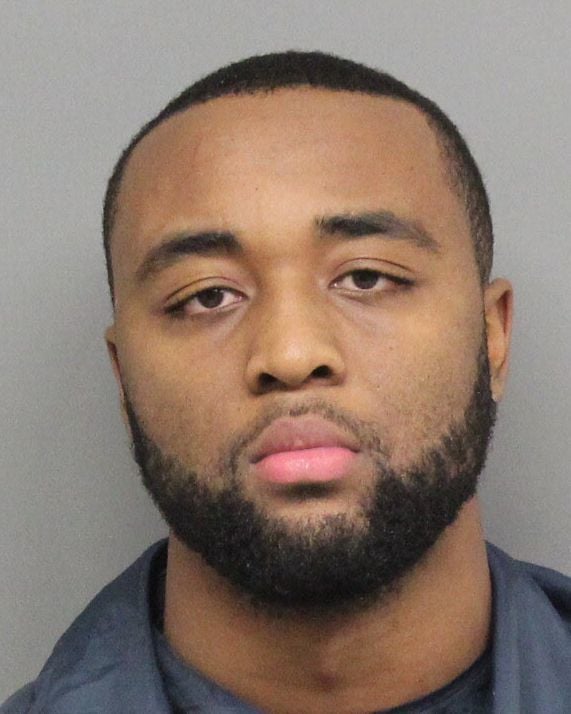