A father and son were arrested Thursday by the Lancaster County Narcotics Unit after investigators found 6.8 pounds of cocaine, a pound of marijuana and almost $4,000 in cash at an apartment complex near Capitol Beach.

Police arrested Russell Rucks Sr., 50, and Russell Rucks Jr., 28, on suspicion of possession of cocaine with intent to deliver and money during a drug violation.

Officer Erin Spilker said the Lincoln/Lancaster County Narcotics Task Force served a search warrant at the apartment where both live at 500 Surfside Drive as part of an ongoing drug investigation.

Investigators had been looking for the elder Rucks and ended up arresting both men prior to the warrant being served. Spilker said Rucks Sr. had 8.9 grams of cocaine and over $1,600 cash in his pocket.

Local officers make many traffic stops, but few lead to massive seizures of drugs or drug-related materials. Take a look at some of the bigges…

Three Nebraska law enforcement agencies teamed up on Tuesday to search for a Lincoln man suspected of stealing a catalytic converter from a residence near Southwest 56th and West A streets.

After several hours of negotiations, the man continued to fire shots toward authorities, striking an unnamed trooper in the arm. A SWAT team member shot the alleged gunman an hour later when he emerged from the house.

Inmate who walked away from Lincoln Community Corrections Center arrested

Melvin Grimes is 54 years old, Black, 6 feet tall, 240 pounds and has black hair and brown eyes. Anyone with knowledge of his whereabouts is asked to contact local authorities or the Nebraska State Patrol.

Speed appears to have been a factor in the death of a 37-year-old man who was killed in a one-vehicle crash Wednesday in Sidney.

In return for his plea, prosecutors dropped a more serious count alleging that he digitally penetrated a former student when she was between the ages of 8 and 10 years old.

The inmate was a man in his 40s who tested positive for COVID-19 prior to being hospitalized and had other medical conditions, according to a news release.

Lancaster County Court Judge Joseph Dalton sentenced the businesses to pay $180 fines on each of the violations (together adding up to $9,000), in addition to court costs and fees that add another $5,000 roughly.

At sentencing, federal judge calls Plattsmouth man a 'danger to our children'

Juan Burnell, 34, was sentenced to 25 years in federal prison for distributing child pornography.

Lincoln teen accused of being accessory to shooting outside Edgewood Cinema

Prosecutors charged the 17-year-old as an adult with accessory to unlawful discharge of a firearm, a charge that carries a possible penalty of up to 20 years in prison if he's convicted. 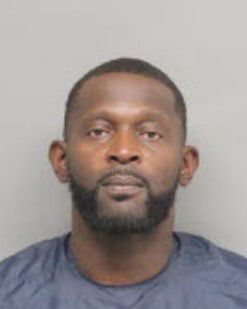 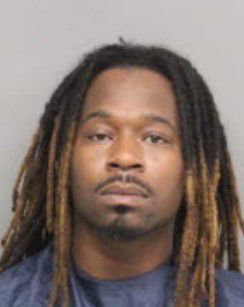