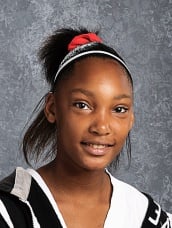 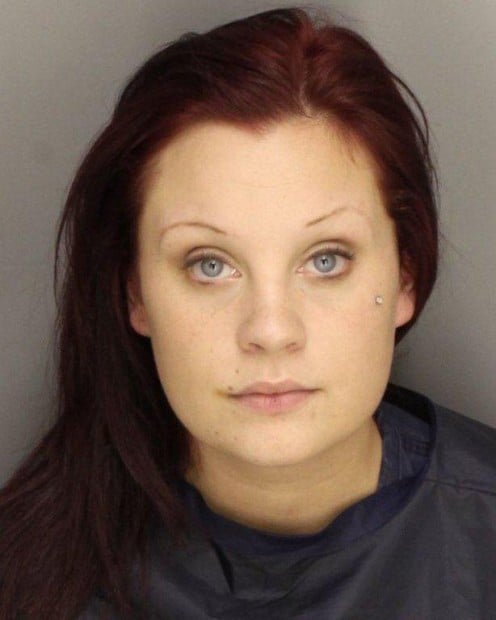 A shackled Ashley Jackson on Wednesday offered a tearful apology to the family of a 12-year-old girl who died of an overdose last year while watching Jackson's 1-year-old twins.

But her words -- and the four- to five-year prison sentence that followed -- weren't enough for many of the dozen or so people in court on Serena Garrett's behalf.

One woman called Jackson a murderer as she walked out with sheriff's deputies.

The sentence was near the straight five-year max Jackson, 24, could get based on the deal she made with prosecutors in exchange for pleading no contest to a child abuse charge in Serena's death last March.

Police say Jackson asked Serena -- a seventh-grader at Goodrich Middle School -- and Serena's 13-year-old friend to baby-sit her 1-year-old twin boys March 25, 2012. The girls had watched them a night before with no problems.

This night, the girls said they were bored, and Jackson picked up Andrew Walker, 19, and two 14-year-old boys, bought them alcohol and marijuana, and smoked meth with Walker before she headed out for the night.

Defense attorney Carlos Monzon said one of the witnesses said Serena took three painkillers, all powerful opiates, at about 10:45 that night, while Jackson still was there.

Jackson didn't know it, Monzon said, and no one told her right away Serena had taken them when she came home in the morning and couldn't wake the girl. He said she called 911 within 15 minutes.

It was too late for Serena, who was pronounced dead at a Lincoln hospital.

In court Wednesday, Jackson said Serena has been in her prayers for the last year.

"No parent should ever have to bury their child," she said.

It was clear Serena's family and friends didn't want to hear it. Some talked over her from the courtroom benches.

Monzon said he and Jackson are ashamed of what happened.

"It is extremely regretful that Serena Garrett is dead," he said.

As a father, he said, he asked himself what kind of person would leave 1-year-old twins in the care of 12- and 13-year-old baby-sitters, pick up boys and watch them smoke marijuana.

But Monzon argued that Jackson didn't know about the pills Serena had taken, and suggested that if she hadn't taken them at Jackson's home that night she would have taken them someplace else.

Deputy Lancaster County Attorney Bruce Prenda said Jackson is an adult and failed to look out for Serena that night.

"It's a serious offense primarily because a young girl lost her life," he said.

The state Department of Health and Human Services has temporary custody of Jackson’s boys, according to court records.

In the end, District Judge Steven Burns gave her four to five years, meaning she could get parole in two years and, if not, be out in 21/2.

"It's not right," Janice Young, whose grandchildren were Serena's cousins, said at the end of the hearing. "A 12-year-old child is in the grave."

Young said she made a promise to Serena that she would watch to see that justice was served.

Woman who missed sentencing in overdose death found in trailer

Instead of five years, Ashley Jackson could soon face 20 years to life behind bars if convicted in the death of Serena Garrett.