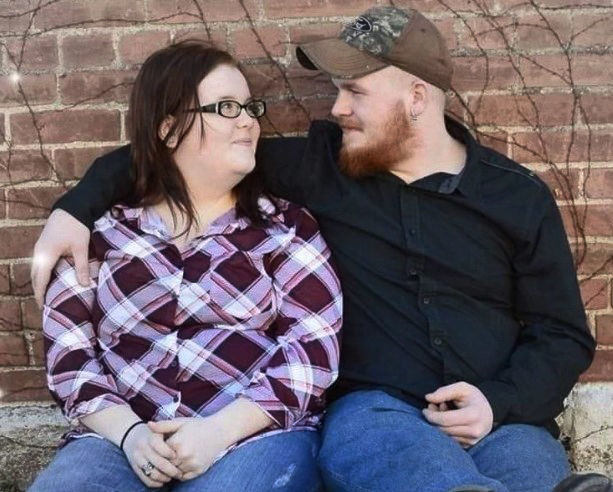 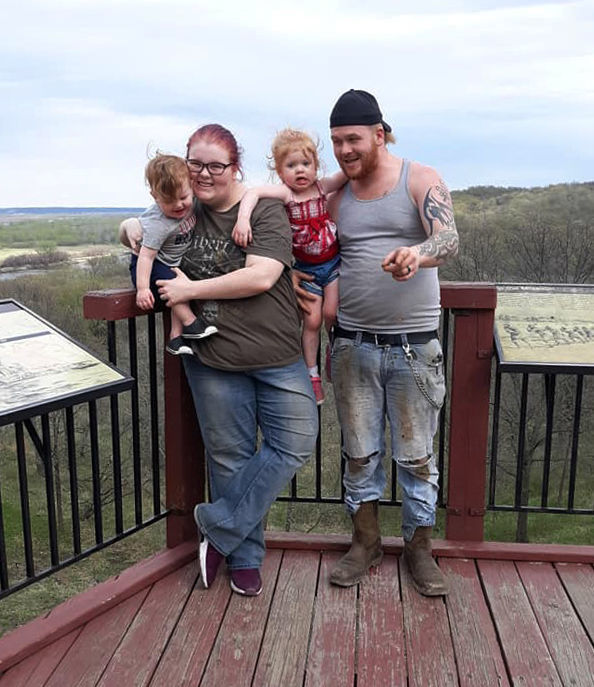 Katelynne "Kat" Hendrix, shown with her husband, Matthew and two children, remained in critical condition Wednesday at a Lincoln hospital after being hit by a car while walking just outside of Auburn on Mother's Day at dusk. 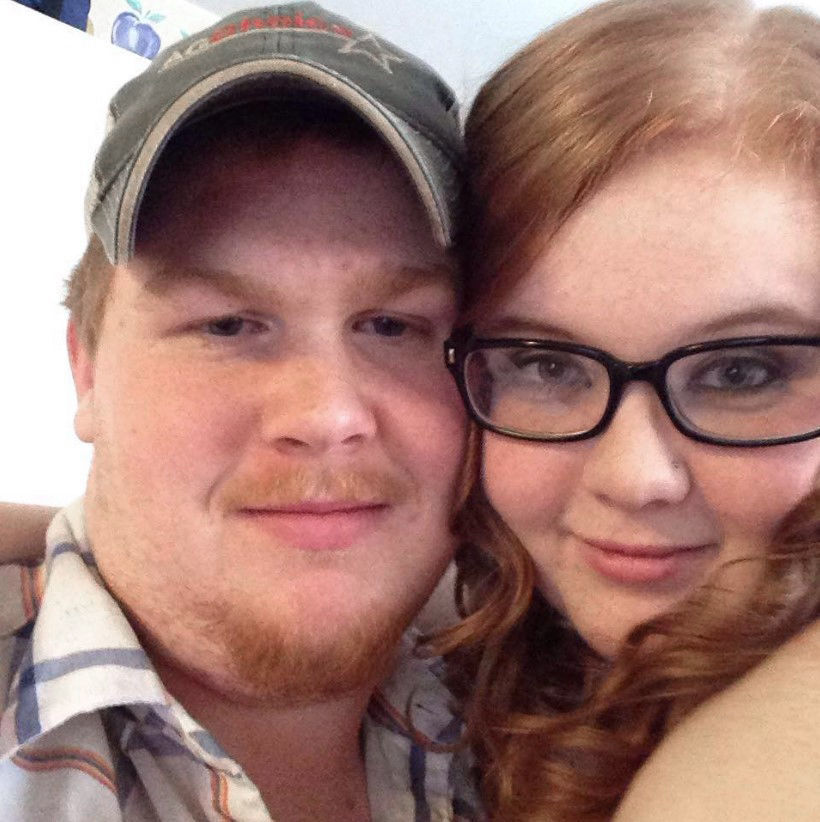 The family of a 23-year-old Auburn mother — fighting for her life at a Lincoln hospital — is putting the word out trying to find the driver who hit her on Mother's Day night and didn't stop.

Katelynne "Kat" Hendrix is a fighter and has lots of people pulling for her, her dad, Danny Moore, told the Journal Star on Wednesday from Burlington Junction, Missouri.

It's really hard not being able to be with her at the hospital, because of COVID-19, he said. On Tuesday, a nurse used an iPad so they could see her and talk to her.

"But we can't be there like we would if we could," he said.

Moore said his daughter went for a walk Sunday around dusk. At 8:30 p.m., she answered a text saying she was almost home and would be there in 5 minutes.

But when 5 minutes came and went, then another, one of her sisters-in-law went down the road to look for her, Moore and his fiancee, Nicole Talbott, said.

They think that's when it happened. A car along 26th Street just southeast of Auburn hit Hendrix, throwing her into the north ditch.

Johnathon Stout, a longtime family friend who thinks of Hendrix as a niece, said at about the time family went looking for Hendrix a kid on a bike noticed glass in the road that hadn't been there when he went by earlier.

Then he saw Hendrix.

Stout said the kid didn't have a phone but waited with her and flagged down people out driving around looking for their missing dog. They covered Hendrix with a blanket as they waited for the ambulance.

Soon after Hendrix got to the hospital at Auburn, Stout said, she was flown by helicopter to Bryan West Campus in Lincoln, where she remained Wednesday in critical condition in a coma with a traumatic brain injury.

Hendrix's husband, Matthew, can't see her. And their 2-year-old daughter, Catalina, and 1-year-old son, Jason, keep asking where she is, family said.

Stout said he's focused his efforts on trying to find out who did hit Hendrix. He's posted on every Facebook community Swap Spot in the area a map of where it happened and a picture of a gray sedan thought to be similar to one seen in the area at about the same time.

Stout said Auburn, a town of about 3,300, is one of those towns where everyone seems to know everyone.

"That's what's weird," he said. "Everyone knows everyone, but we've still not found this vehicle."

In a news release, the Nemaha County Sheriff's Office said evidence at the scene indicated it likely was a gray, 2010 or 2013 Ford Fusion, or similar car, that hit her and failed to stop or report the crash.

The sheriff asked anyone who sees a car like it with noticeable front-end damage to contact the office at 402-274-3139.

Moore and his fiancee said they don't understand why the driver didn't stop and call for help or turn him or herself in.

"Because, surely, they've seen something on Facebook by now," he said.

Romeo Guerra sensed this national trend would prove out in the Lincoln area before the data arrived, he said.

A 65-year-old woman was reunited with her two English bulldog puppies Monday night with the help of Lincoln police and the woman who found them.

An 85-year-old Liberty man was driving an ATV, turned at an intersection and hit the side of an eastbound semitrailer, investigators said.

Police said the 49-year-old woman driving the car that hit the motorcyclist faces charges, but did not specify what the charges would be.

A man refused to leave a convenience store and continued yelling, so police decided to arrest him for trespassing. But the man pulled away, police said, and even trying to bite an officer unsuccessfully.

The sheriff said they recovered the car that they believe struck Katelynne "Kat" (Moore) Hendrix. The wife and mother of two young children is at a Lincoln hospital fighting for her life, family said.

The woman, identified as 61-year-old Michelle Sell, was found in a rural area along West Military Avenue west of Fremont. Sell was reported missing on May 2 from her home in Fremont.

Katelynne "Kat" Hendrix, shown with her husband, Matthew and two children, remained in critical condition Wednesday at a Lincoln hospital after being hit by a car while walking just outside of Auburn on Mother's Day at dusk.