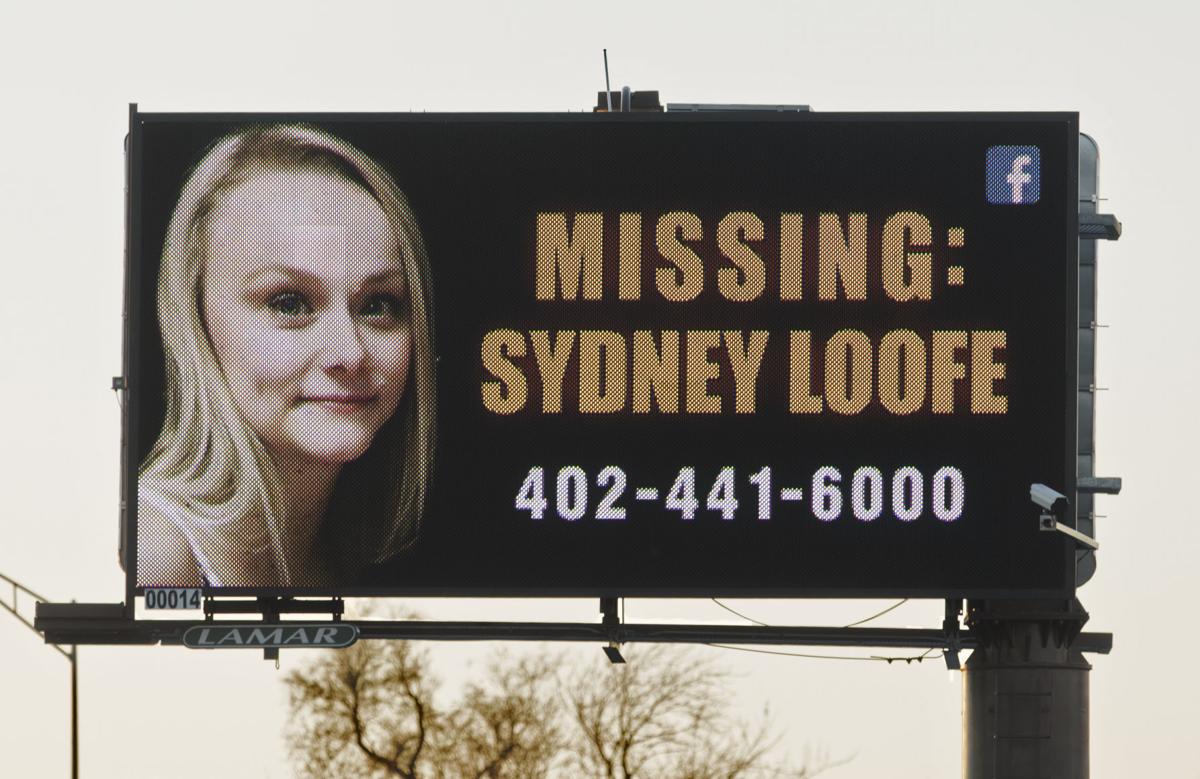 A billboard on Vine Street near 48th Street Tuesday displays a photo of Sydney Loofe and a contact number. She has been missing since Nov. 15. 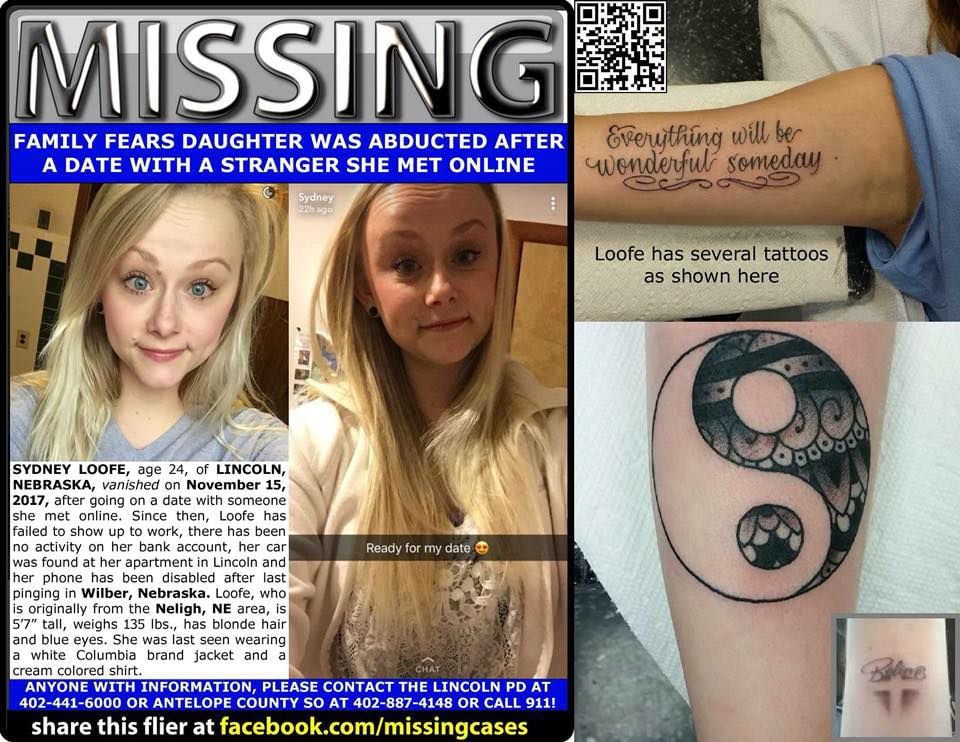 The family of missing Lincoln woman Sydney Loofe is circulating this poster on social media in hopes of finding the 24-year-old. Loofe hasn't been heard from or seen since she went on a date in the Wilber area Nov. 15, 2017.

Chief Jeff Bleimeister spoke with media about the case Tuesday morning, imploring the public to continue looking for Loofe as investigators conduct interviews and follow the digital footprints she left behind.

Loofe missed work at the north Lincoln Menards on Thursday after apparently going on a date the night before with someone she met online, her parents have said. Police confirmed she was last seen in Wilber, 40 miles southwest of Lincoln, on Nov. 15.

Her phone also pinged off a cellphone tower in that area but has since been disabled, according to a flyer being circulated by family members who fear she's been abducted.

Investigators have not said whether foul play factored into her disappearance, but Bliemeister and Loofe's parents have said this is out of character.

Her parents, Susie and George Loofe of Neligh, find it suspicious their daughter doesn't have her cellphone on and that her car and cat, Mimzy, were left at her home in northeast Lincoln.

Bliemeister declined to say whether investigators have spoken with the person she met that night, how she got there, where exactly she was in Wilber or whether they've found her cellphone.

"Really what our focus is on at this point is trying to find Sydney," the chief said. "And to go out and to detail every investigative aspect really, I think, is going to detract from the overall message of, 'We're trying to find her as quickly as possible.'"

He said his investigators have undertaken an exhaustive search and are working closely with Saline County Sheriff Alan Moore and his deputies.

Some Lincoln police investigators were in Wilber on Sunday, and a police presence reportedly focused on the 600 block of West Seventh Street, news media have reported.

Lincoln police have interviewed people in Omaha and Wilber as part of the investigation, Bliemeister said.

Sydney Loofe has a yin-yang tattoo on one of her forearms, the word "Believe" with a cross on the inside of her left wrist, and the phrase "Everything will be wonderful someday" on her right bicep.

She is 5-foot-7 and weighs 135 pounds. She was last seen wearing a white Columbia jacket and a cream-colored shirt.

Anyone with information on Loofe's whereabouts is encouraged to contact the Lincoln Police Department at 402-441-6000.

"If somebody out there knows where Sydney is or who she is with or has seen her since Nov. 15, then please, let the Lincoln Police Department know," the chief said.

A Lincoln woman's disappearance after she went on a date Wednesday with someone she met online is suspicious, her parents said Monday.

Missing: 24-year-old Lincoln woman last seen Wednesday on the way to a date

A fire caused by an improperly disposed cigarette caused $100,000 damage at the Charleston Court apartment complex in the Bethany neighborhood…

A runner saw a body in Holmes Lake Park, and police believe the man died because of a medical issue.

Lincoln police are looking for two people in connection with the disappearance of 24-year-old Sydney Loofe.

Foul play suspected in Sydney Loofe's death; family thanks 'everyone that had anything to do with the search'

A billboard on Vine Street near 48th Street Tuesday displays a photo of Sydney Loofe and a contact number. She has been missing since Nov. 15.

The family of missing Lincoln woman Sydney Loofe is circulating this poster on social media in hopes of finding the 24-year-old. Loofe hasn't been heard from or seen since she went on a date in the Wilber area Nov. 15, 2017. 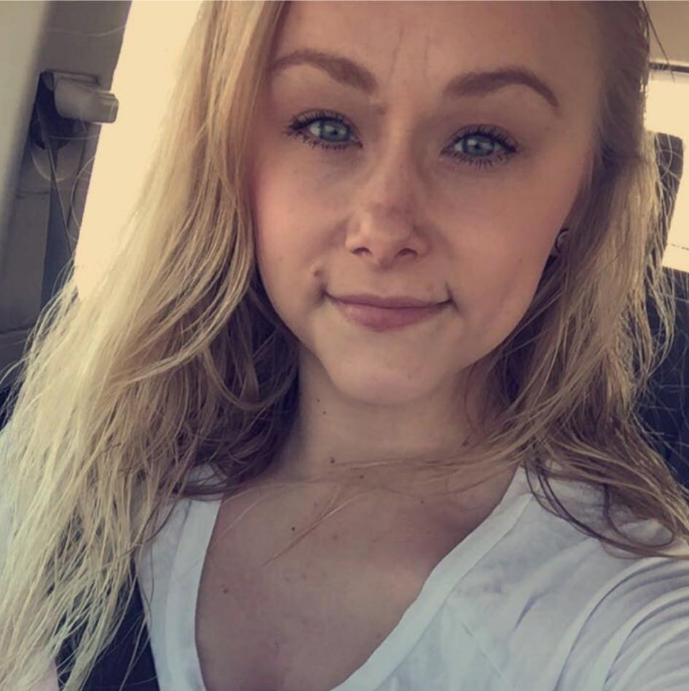