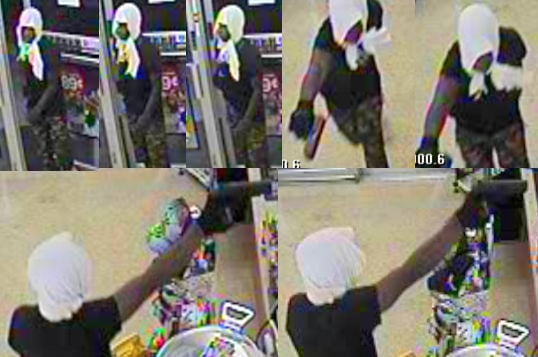 Police released surveillance images from a fatal shooting in a Kwik Shop at 2940 N. 14th St. on Thursday. 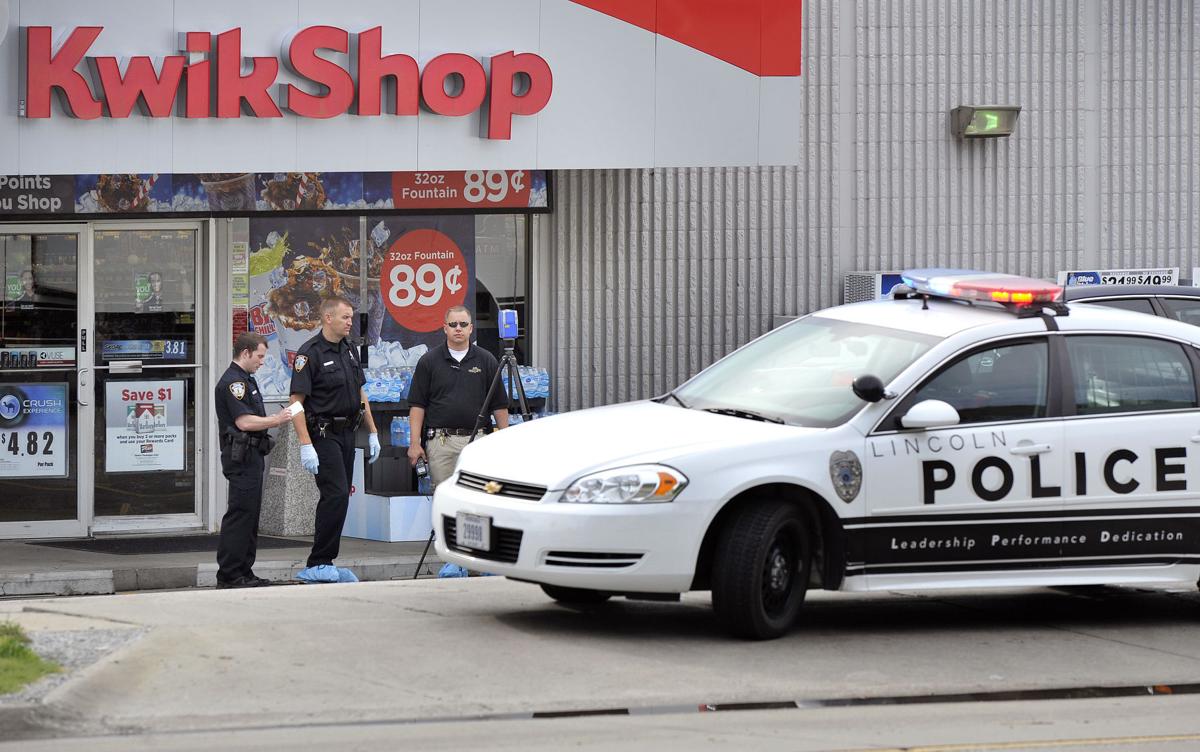 Law enforcement officers investigate the scene of a shooting Thursday morning at the corner of 14th and Adams streets. 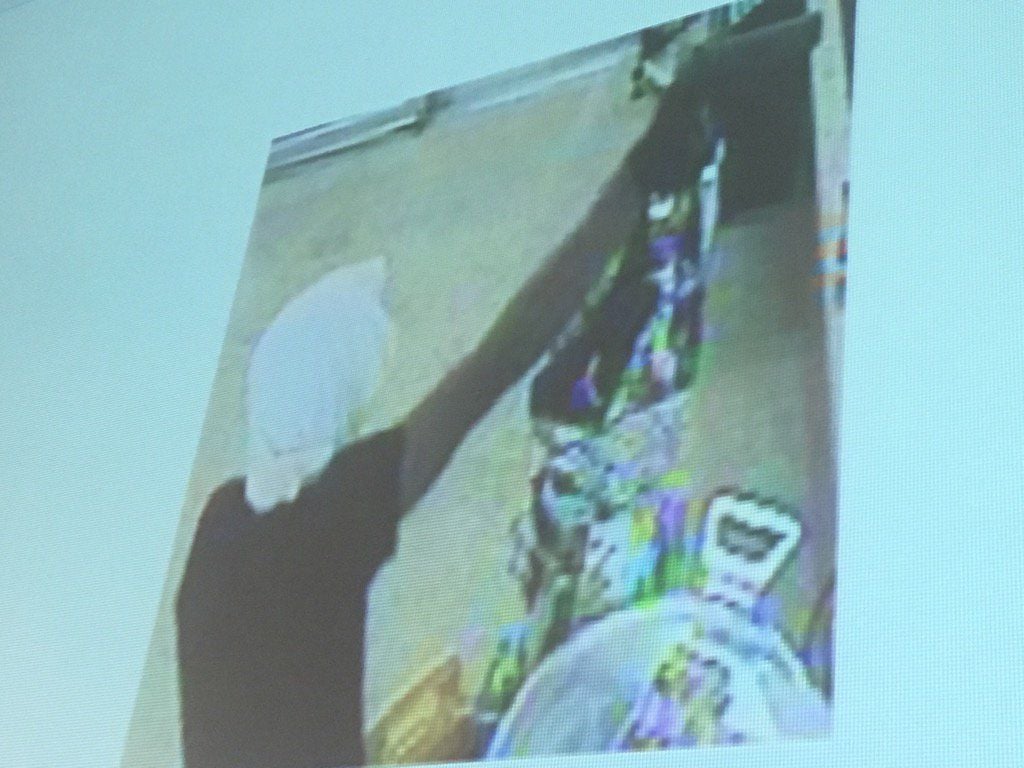 Police released this surveillance image from a fatal shooting at 14th and Adams early Thursday morning. 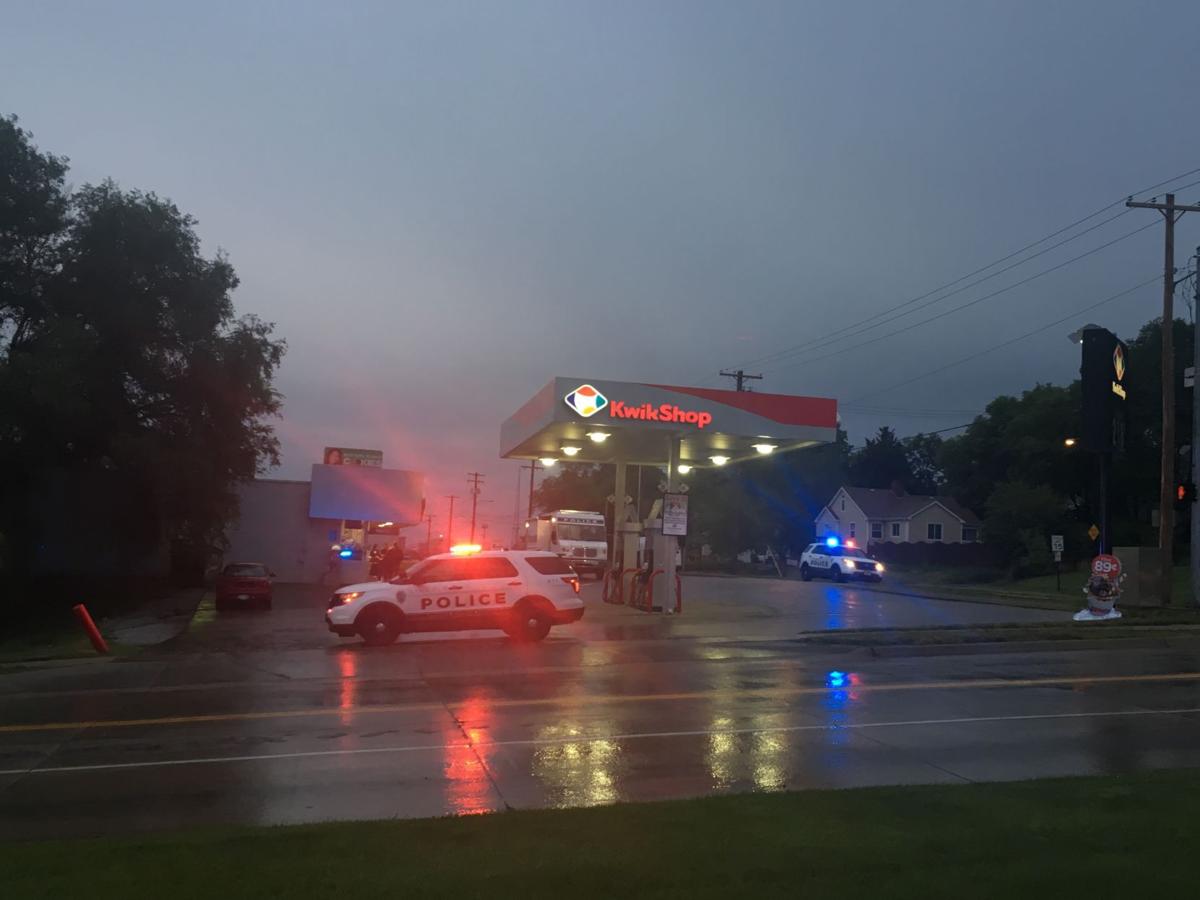 Police vehicles sit outside the Kwik Shop at 14th and Adams streets early Thursday morning. A man working at the store was shot and killed about 1:30 a.m. 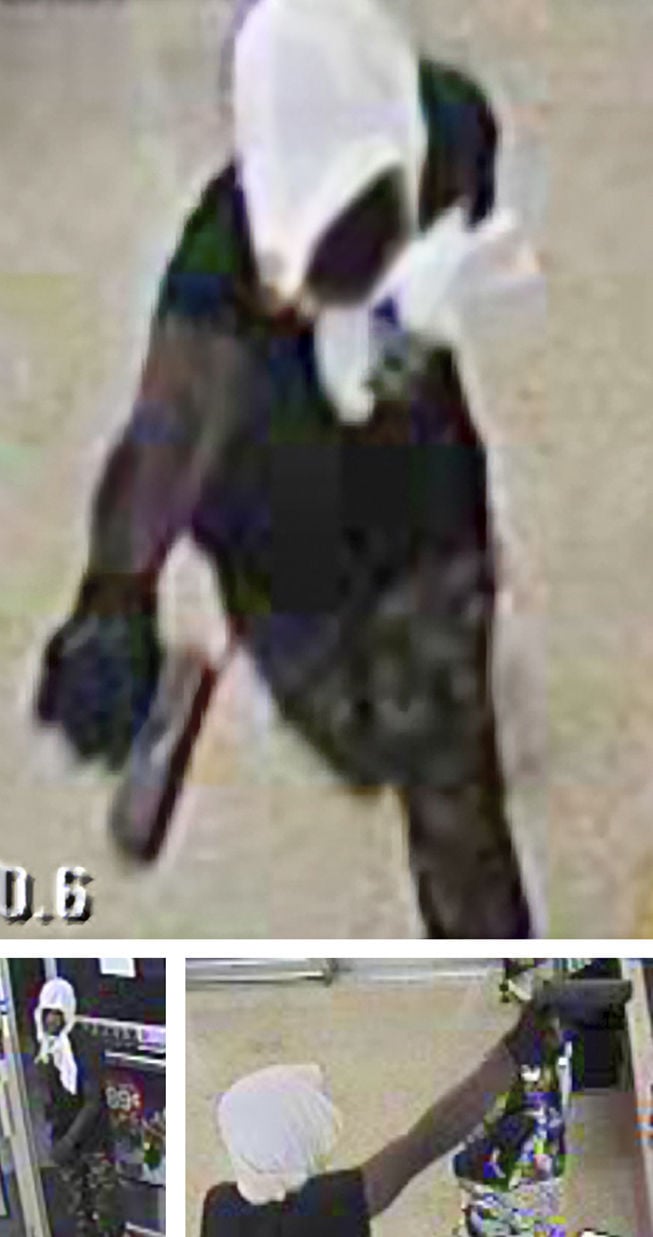 Lincoln Police released surveillance images from a fatal shooting in a Kwik Shop at 2940 N. 14th St. on Thursday.

Few details are known about what transpired inside the store near 14th and Adams as Lincoln police have limited their comments about the investigation until Friday morning.

Officers responded within a minute and found someone giving first aid to the clerk, who had been shot. Officers took over and did CPR, but the man died at 1:41, police said. There were people outside the store at the time of the shooting, police said, but the clerk was the only one inside.

Witness accounts and a review of surveillance video indicate the man who shot the clerk is black, 5-foot-2 to 5-foot-6 with a medium build. He was wearing a black short-sleeve T-shirt and camouflage pants with a black glove on his right hand and a piece of white clothing tied over his head, police said.

He was last seen running south from the store. Police canvassed the neighborhood and brought in police dogs but were unable to find the suspect. They are still trying to confirm whether the gunman took anything from the store.

Police said video surveillance shows several customers coming and going during the hour or so before the shooting. They ask that anyone who was nearby after midnight or who has information on the identity of the suspect to call 402-441-6000 or contact Crime Stoppers at 402-475-3600.

Crime Stoppers has offered a $1,000 reward for information leading to an arrest.

The victim's name has not been released.

A woman who answered the phone there declined to comment, saying only that "we are saddened by the loss of our colleague" and that staff were cooperating with investigators.

Lincoln Police Chief Jeff Bliemeister said the city has had nine convenience store robberies this year, some involving firearms, but none of them appear to have direct links to the Thursday morning homicide.

Public Safety Director Tom Casady said it's been nearly 60 years since someone was killed during a convenience store robbery in Lincoln.

On Nov. 30, 1957, Charlie Starkweather shot and killed Robert Colvert after the clerk refused to sell him something on credit. Colvert worked at the Crest Station at 1545 Cornhusker Highway, just four blocks from the scene of Thursday’s shooting.

The last time a retail employee was killed during a robbery was in January 2000, when Gary Jones, 51, was killed at a gun shop.

Thursday marks the third shooting death in the Belmont Neighborhood in less than two weeks.

Marlene Rashidi, 20, was shot in a car about two blocks away early on the morning of June 26 after a disturbance outside an apartment on Portia Street between Knox and Adams. Twenty-three-year-old Dezarae Mann was shot and critically injured as she sat in a second car nearby.

Police will make diligent efforts to arrest the person responsible, the chief said.

"We need the eyes and the ears of the people in that neighborhood and the people in all neighborhoods in the city of Lincoln to assist us in preventing and also investigating crimes that occur," he said. "This homicide is a tragedy, like all others where lives were lost, and our thoughts and prayers do go out to the victim."

Asked if it's troubling that nine people have been killed this year, Bliemeister said police take a hard look for anything they could have done to prevent the crimes.

"Unfortunately, these crimes of violence are often reactive in nature, and it is very difficult for us to be able to forecast when they’re going to occur," he said.

Said Casady: "The fact that we've had nine people murdered here in Lincoln this year is way, way outside our normal pattern. Other kinds of violent crime in Lincoln do not show a similar pattern."

The homicide trend is strange, he said, and there's no over-arching explanation for what caused it.

"Several of these involved mental health issues and a few of them have involved drug dealing, drug rip-offs," he said.

"We need the assistance of the public because our officers cannot be at all places at all times, and although we strive to prevent any kind of occurrence like this, we realistically cannot do that," he said.

"We will continue to work to develop relationships with the citizens in the 14th and Adams area, and with all citizens in the city of Lincoln to ensure they know that when they call police, we’ll come out and investigate whatever they're seeing or hearing."

See which stories were read the most in 2016 on JournalStar.com.

Mayor Chris Beutler wants to add four police officers, six firefighters and a seventh ambulance over the next two years as a part of his budge…

Woman killed in shooting wanted to do great things

Marlene Rashidi wanted to change the world, a dreamer who set goals for herself and wanted to accomplish great things.

Man arrested in Colorado in connection with Lincoln homicide

A 24-year-old man accused of driving the getaway vehicle used in the homicide of Christopher Coleman was arrested Sunday in Colorado.

OMAHA — Omaha police say a woman died after she was stabbed during a family dispute Tuesday night, and another women has been arrested in the …

A 30-year-old employee of Sun Tan City is suspected of embezzling more than $98,000 from the business over the course of seven years.

A 35-year-old Lincoln police officer is recovering at home from cuts, bruises and a broken nose he suffered during an altercation at CHI St. E…

Prosecutors have charged a teenager in the April 18 shooting death of Christopher Coleman.

Kwik Shop is offering a $25,000 reward for information leading to an arrest of the man who killed a convenience store clerk in an apparent rob…

A Lancaster County grand jury on Friday cleared three police officers of wrongdoing in the shooting death of Germichael Kennedy in June, accor…

Police released surveillance images from a fatal shooting in a Kwik Shop at 2940 N. 14th St. on Thursday.

Law enforcement officers investigate the scene of a shooting Thursday morning at the corner of 14th and Adams streets.

Police released this surveillance image from a fatal shooting at 14th and Adams early Thursday morning.

Police vehicles sit outside the Kwik Shop at 14th and Adams streets early Thursday morning. A man working at the store was shot and killed about 1:30 a.m.

Lincoln Police released surveillance images from a fatal shooting in a Kwik Shop at 2940 N. 14th St. on Thursday.