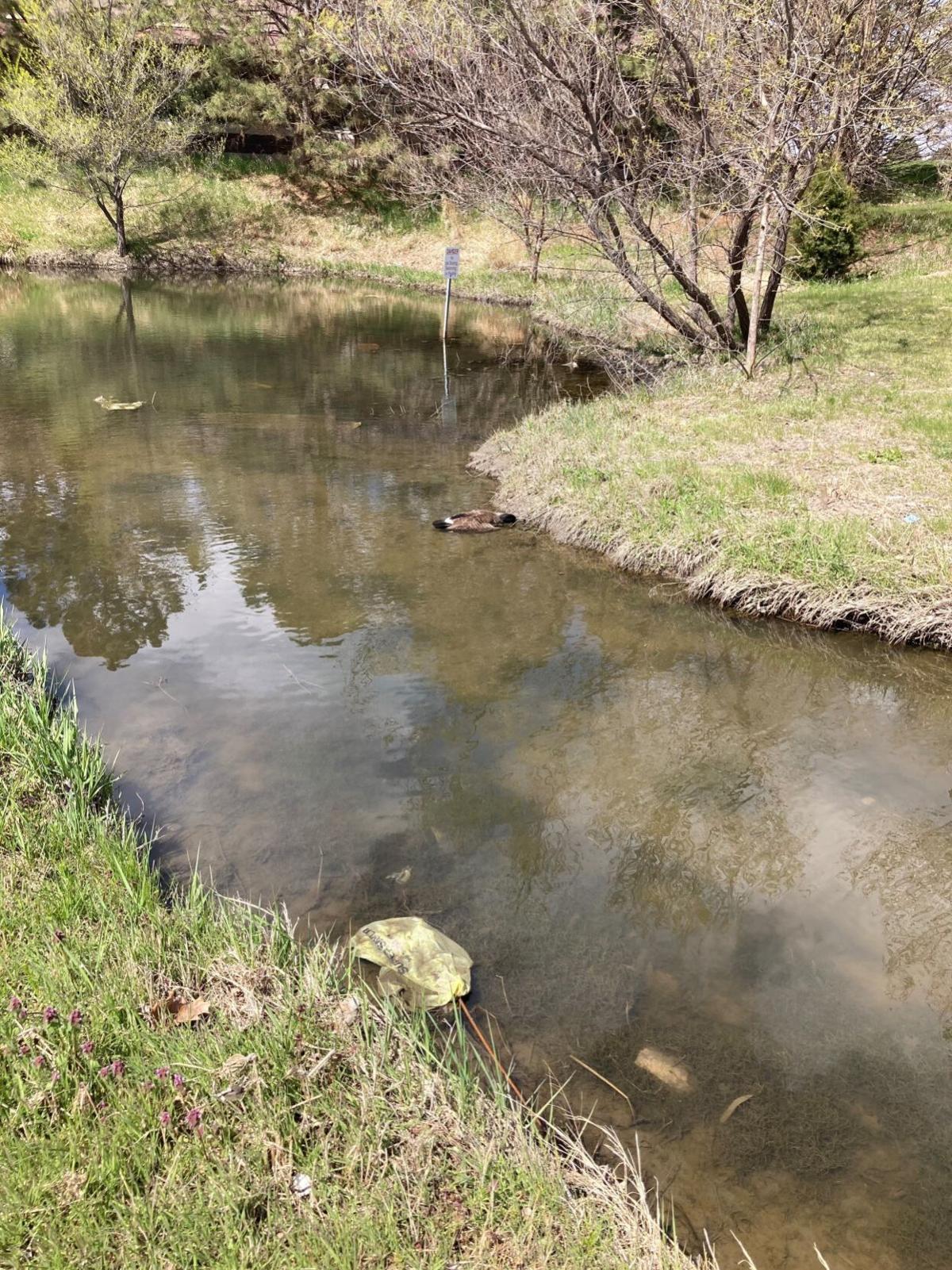 A teenage boy allegedly shot a goose on April 18 in a pond near 21st Street and Pine Lake Road. 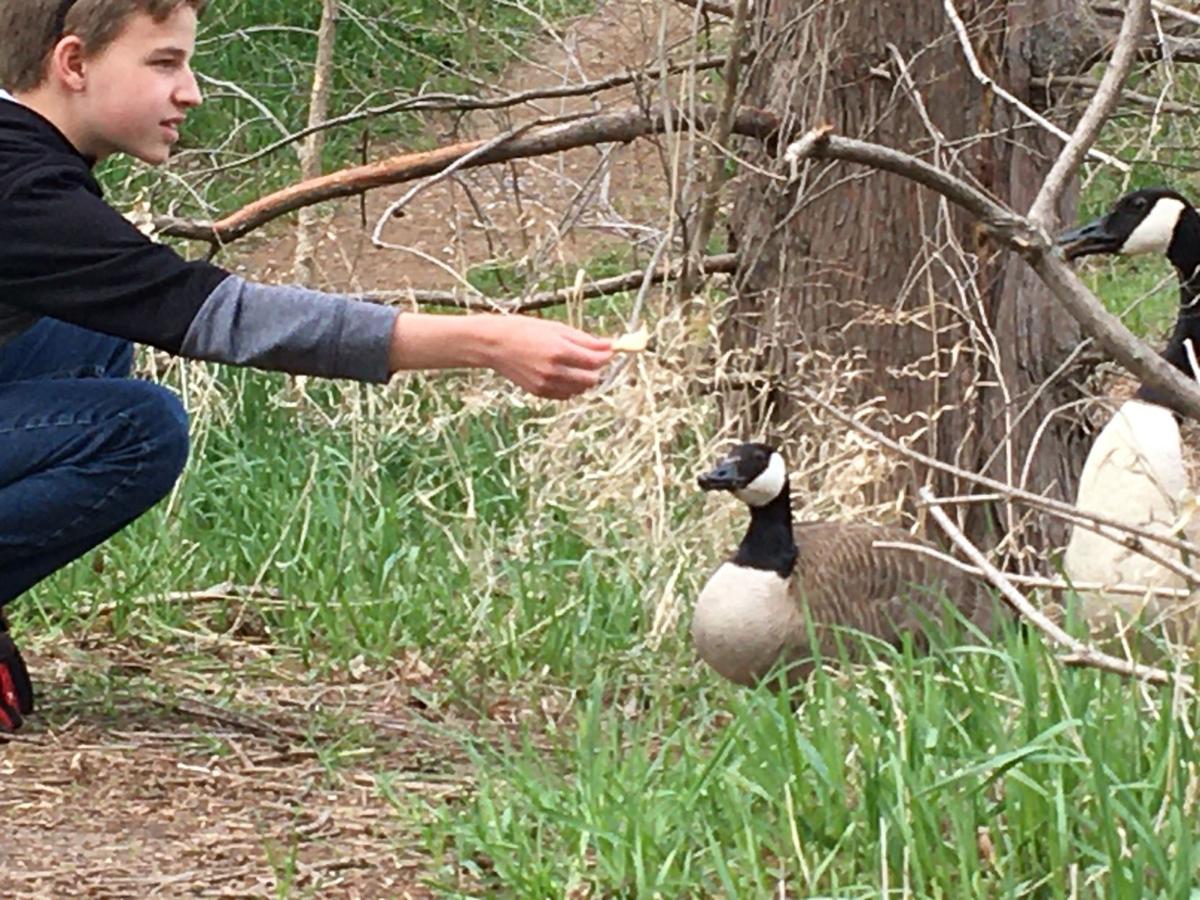 John Davis would visit and feed the geese in the pond near 21st Street and Pine Lake Road almost daily.

When a pair of geese made their home near a small pond in southwest Lincoln, John Davis was there to greet them.

The 13-year-old would visit almost every day this spring, bread crumbs and tortilla pieces in hand.

“Eventually, they recognized him,” his mother, Cheryl, said Thursday. “And they’d come out of the bank and eat out of his hand.”

The geese had the pond to themselves, and they were territorial. The mallards who tried sharing the water didn’t last long, she said, and the male goose once ran off a turkey. But they would often be there waiting for their new friend’s visits.

After the female laid her eggs, her mate would swim across to meet John first, but the female would later join them, too, waiting to be fed.

“It was a fun story,” his mother said. “It was something that was unique.”

But Wednesday night, her son saw a 10/11 News headline: Animal Control officers were investigating the apparent shooting death of a female goose, and the pond looked familiar.

Animal Control learned about the shooting from the TV station, too, said Scott Lowry, the department’s field supervisor. A neighbor had sent the station video of its aftermath — what appeared to be two teens leaving the area Sunday evening, one of them carrying some type of rifle.

Call about a suitcase in ditch leads to discovery of 7 kittens, Sheriff's Office says

They found the dead goose in the pond near 21st Street and Pine Lake Road, with an apparent wound in her head. They found a nest with seven eggs, one of them in the process of hatching but all of them now nonviable.

A necropsy at the Nebraska Veterinary Diagnostic Center on the UNL East Campus indicated the bird likely died from a BB-like projectile, though it wasn’t recovered.

“We were concerned about the fact we have an individual who was willing to kill a nesting migratory bird,” Lowry said. “We view the crime as pretty heinous and pretty cold-blooded.”

Animal Control officers believe they’ve identified a pair of juveniles responsible, and hope to end the investigation next week, he said.

The department’s officers would be limited to issuing misdemeanor animal cruelty citations, though a prosecutor could decide to pursue felony charges, based on the circumstances, Lowry said.

But cases this serious are relatively rare, Lowry said.

“Cruelty cases where we have something that’s occurring where it’s extremely heinous, we may see three or four of those a year.”

And they investigate even fewer cases — maybe one a year, if that — of people shooting animals in the city, Lowry said.

“It shows a person’s willingness; it shows a bit of coldness to their character. I’d like to think the average person wouldn’t do this.”

Back near the pond, Cheryl Davis described her son as more angry than sad. “He is upset. It’s not something he understands, even remotely.”

And the male goose was staying in the water.

The Nebraska Auditor of Public Accounts conducted an audit in February and identified $1,894 in allegedly fraudulent purchases, according to court records.

Officer Erin Spilker said so far this year, 48 reports have been made at gyms around town, putting the city on track for a record-setting year of the thefts.

The departure of two peregrine falcons from the Nebraska Capitol has allowed in some uninvited guests, including one pigeon that made it all the way to the legislative chamber.

Four rare whooping cranes dallied in Nebraska for 11 days this month. The foursome amounted to nearly 1% of the world's population of wild migrating whooping cranes, according to wildlife officials.

Animal Control is recommending the teen face a charge of animal cruelty for shooting the goose near 21st and Pine Lake.

The once-threatened species is doing so well in Nebraska that the Game and Parks Commission will consider a hunting season at its Friday meeting in Chadron.

A teenage boy allegedly shot a goose on April 18 in a pond near 21st Street and Pine Lake Road.

John Davis would visit and feed the geese in the pond near 21st Street and Pine Lake Road almost daily.