WILBER -- Aubrey Trail asked Thursday for a panel of judges, rather than the jury that found him guilty of first-degree murder a day earlier, to consider whether he will receive a death sentence.

The question the jury was to begin considering in the second phase of his trial was whether there were aggravating factors which are necessary for capital punishment. He waived that right.

Instead, a three-judge panel, including Saline County District Judge Vicky Johnson, will hear that evidence later. If they don't find aggravators, Trail would receive life in prison for the murder of 24-year-old Sydney Loofe.

The move prompted a big smile by George Loofe, Sydney's father, who appeared relieved after stoically sitting through the three-week trial hearing terrible details about her killing and dismembering.

The state also dropped one of the aggravators alleging that Trail has a substantial prior history of seriously assaultive or terrorizing criminal activity. The jury has been excused.

WILBER — A jury Wednesday night found Aubrey Trail guilty of the first-degree murder of 24-year-old Sydney Loofe, who was lured from her home in Lincoln on the guise of a Tinder date and strangled in his basement apartment here in 2017.

Trail, surrounded by sheriff’s deputies, showed no emotion as Amber Mulbery, clerk of the Saline County District Court, read the verdicts just after 7 p.m.: guilty of first-degree murder and conspiracy to commit murder.

A friend of the Loofe family broke out in tears at the news, and Loofe's sister and mother wiped away tears as they left the courtroom.

In the morning, they had been there, too, as the state painted a picture of Trail and his fiance, Bailey Boswell, as a counterculture couple intent on making a kill — stalking their prey as she drove to work that day and shopping for the tools to dismember her body hours before they carried out the crime.

“She got in that car and she was dead. It was just a matter of when,” the prosecutor said.

The defense painted a different picture using the state’s own cross examination of Trail a day earlier. When Assistant Attorney General Doug Warner said Trail had meticulously planned a half-million dollar con of a Kansas couple, he was suggesting Trail wasn’t one to act on impulse.

"This was not meticulously planned," attorney Joe Murray told the jury. "There was no rhyme or reason to it.”

No plan equals no premeditation and no first-degree murder, he argued before Trail's case went to the jury of six men and six women shortly before 4 on Wednesday afternoon, three weeks after opening statements in the closely watched trial.

For months leading up to jury selection, Trail maintained that Loofe's death was an accident that happened while she was being choked consensually during sex. But his story changed Tuesday when he testified and admitted he hadn’t paid Loofe to participate in a sexual fantasy, two other women weren’t there when it happened and there was no video, all of which he’d previously told FBI agents.

In closing arguments, Murray admitted Trail had blindsided him, but said Trail’s story never changed about one thing — that he’d strangled her accidentally.

"The forensic pathologist can’t tell if the death was accidental or intentional. I suggest neither can you,” he said.

But Guinan said it wasn’t just the pathologist’s findings, which were consistent with Loofe’s death being intentional, it was all the rest of the evidence. Three women who were part of their group testified that Trail and Boswell had talked for months about wanting to kill.

“Who’s credible? Aubrey Trail?” the prosecutor asked. “He changed the story about the death of Sydney Loofe before your eyes.”

Guinan said Boswell had isolated Loofe the night of her death, first taking her away from her home and friends in Lincoln to the apartment in Wilber, then taking away her last lifeline: her phone.

“This is clearly not some sexual fantasy gone wrong. This is a premeditated murder gone right,” he said.

Guinan contends that between 8:08 that night, when Loofe’s phone connected with a cellphone tower in Wilber, and 8:40, when her mom sent a text that never was received, she died.

"They had her there, and they pounced on her,” he said.

Not by mistake, not by accident, Guinan said. He said she was intentionally killed, backed up by evidence during the autopsy that pointed to Loofe fighting to survive — scrapes and bruising on her back and shoulder and a bump on her head — but it was two against one, and one of them was Trail, a 300-pound man, he said.

Guinan said he believes Trail and Boswell followed Loofe to work at noon that day and that Trail went inside, passing within feet of her, intending to see who they were going to kill.

“The two of them had been planning, scheming and lusting after, desiring a murder for months. That’s what we have here,” he said.

Then they dismembered her, cutting her into at least 14 pieces, something that Guinan suggested was gratuitous, and disposed of Loofe's body on the side of the road like it was garbage. The next day, they went to a casino, where over the next two days they gambled and played strip poker in a hotel room with another woman “and talked about killing more people,” he said.

Murray said it was just that — talk — and much of it coming from the Stephen King book "Dr. Sleep."

“We’ve got a bizarre cast of characters in this case. You don’t need me to tell you that,” the defense attorney told the jury.

There was the young woman fascinated by serial killers and torture who sometimes liked to act like a cat, wearing a collar and nothing else and eating out of a pet dish on the floor. And another young woman who, minutes after meeting Trail, told him she wanted her stepdad who abused her years earlier killed.

“There was a lot of talk by these people about a lot of things, but nothing ever acted on,” Murray said.

He said Trail also lacked any kind of plan to get rid of the body or get away, leaving most of their belongings behind in Wilber, apparently intending to return. They bought maps of Iowa and the Texas-Mexico border but scrapped going to Mexico because they didn’t have passports. They considered camping out in a national park but didn’t know where to find one.

But Guinan, on the other side, said they just didn’t think they’d get caught.

“They thought they had committed the perfect crime. What they did not count on were the dominoes that fell so soon after,” he said.

Within days, investigators had Boswell's and Trail’s names, Guinan said. He said Loofe’s disappearance was the kind of case that could’ve gone cold fast but for the actions of investigators, worried family and persistent friends.

"But what happens? Sydney Loofe solves her own crime,” he said, pointing to the text Loofe sent a friend with a photo of the woman she’d met on Tinder and was going on a date with that night. It was Boswell.

The jury of six men and six women who started hearing Trail's case June 18 deliberated for less than three hours before word spread that they had reached a verdict.

After, attorneys outside the courtroom declined comment. In a news release, the Attorney General’s Office said they were “pleased with the determination of the jury in today’s decision."

"We offer our sympathy again to the Loofe family, hoping our system of justice provides some form of solace to them for their loss of their daughter Sydney," the news release said.

Trail faces a possible death sentence, if the same set of jurors find evidence of aggravating factors when they return to court for the second phase of the trial on Thursday.

A three-judge panel ultimately would determine if he gets capital punishment or life in prison.

Boswell's trial is scheduled for later this year on a single count of first-degree murder.

Photos from the Aubrey Trail trial

Bailey Boswell's attorney is seeking to move her trial out of Saline County, citing the flurry of media coverage about her and boyfriend Aubre…

The 10 biggest stories in Lincoln and across Nebraska from 2019

2019 had no shortage of noteworthy headlines. From record snowfall and catastrophic flooding, to a capital murder trial and the election of a … 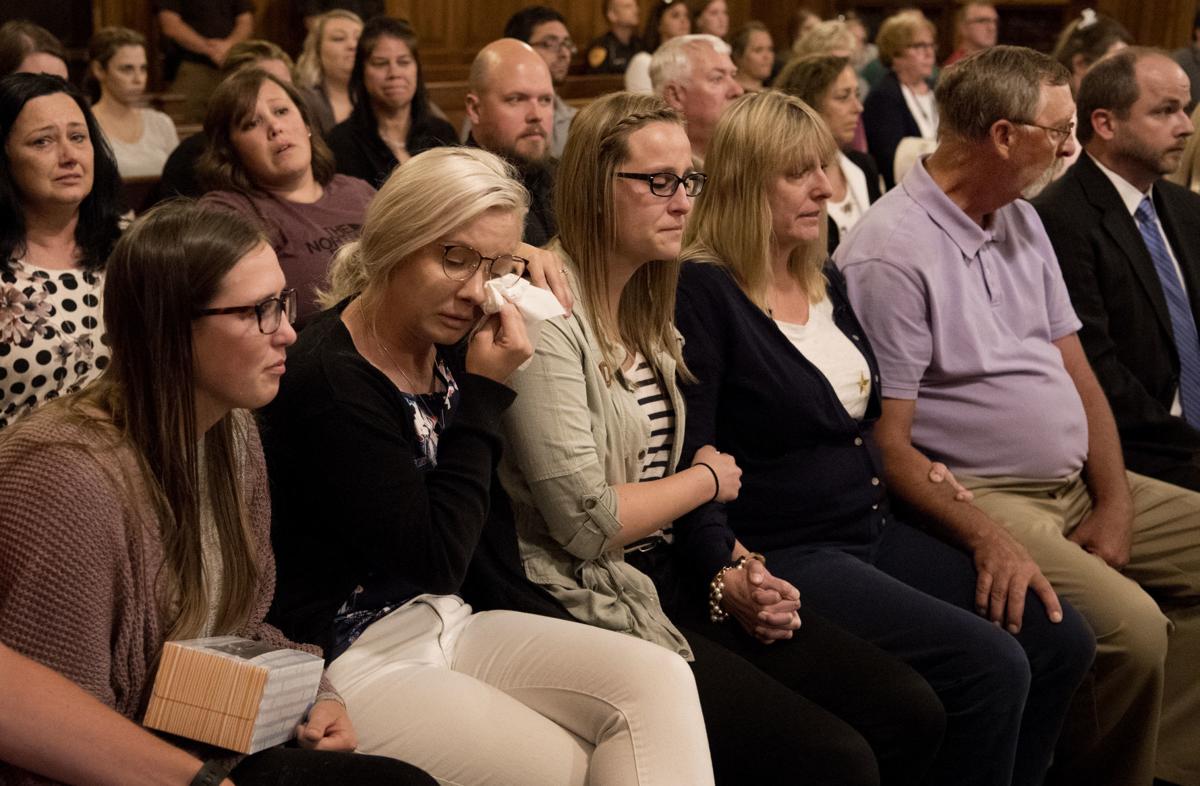 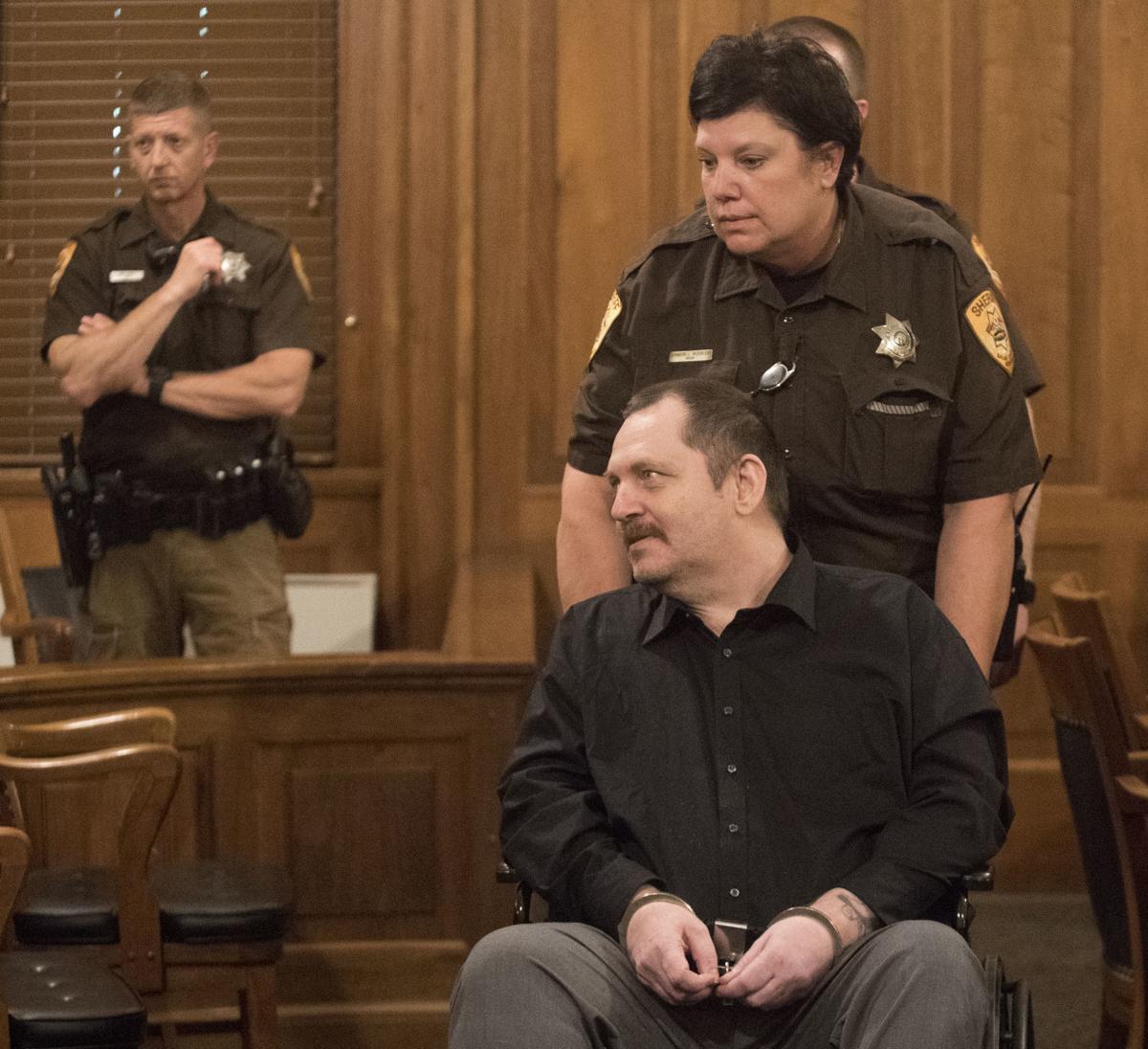