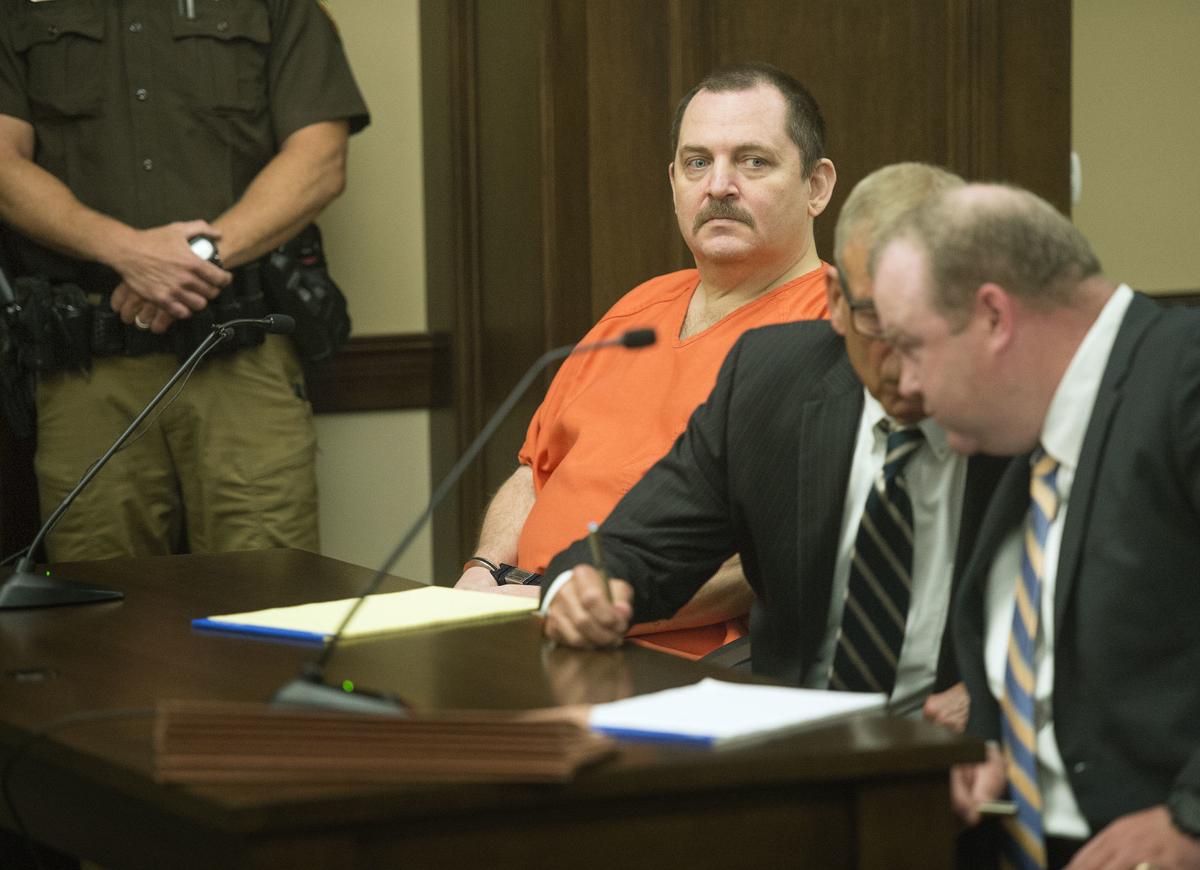 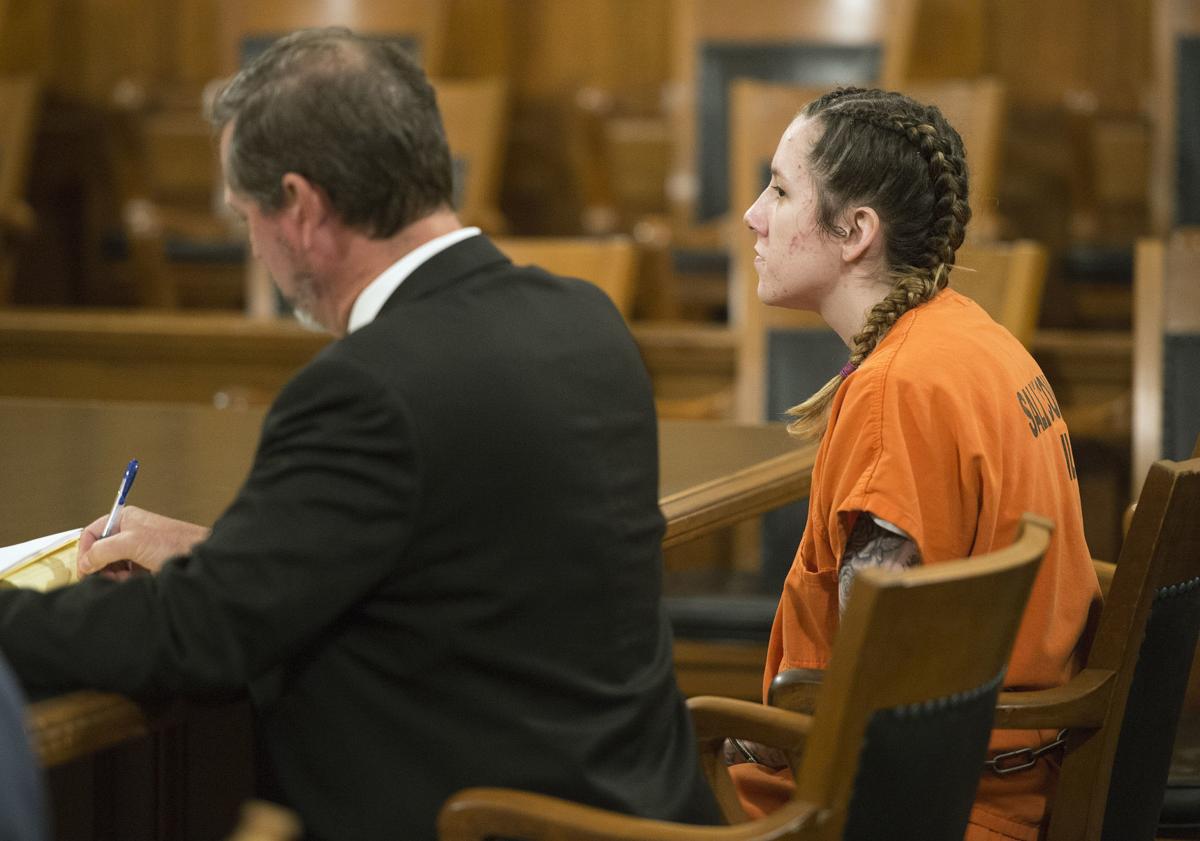 The 52-year-old, who has pleaded not guilty to first-degree murder and unlawful disposal of human remains, appeared in court and agreed to waive his right to have the trial sooner.

Jury selection would begin June 17, just over a year after the notorious "person of interest" in the 24-year-old Lincoln woman's death was finally charged by state prosecutors.

Investigators allege Trail and co-defendant Bailey Boswell, who he has described as his girlfriend, planned to kill Loofe, who went to their Wilber apartment while she was on a date with Boswell in Nov. 15, 2017.

Specifically, they allege Trail strangled Loofe with an electrical cord, though he has told investigators and reporters she died accidentally.

Her remains were found in rural Clay County on Dec. 4 and Dec. 5.

Prosecutors are seeking the death penalty for both Trail and Boswell.

After court Thursday, Trail's court-appointed attorneys, Ben and Joe Murray of Hebron, said they had expected the case could take up to two years before it went to trial.

Joe Murray said he believes a June 2019 trial is realistic given the scope of the investigation.

Prosecutors have been turning over thousands of pages of evidence in the case to Trail and his defense attorneys, who are beginning to interview some of the state's witnesses for the first time.

On Thursday, Saline County District Judge Vicky Johnson approved the defense's requests to hire a pathologist and forensic anthropologist to review the case.

She also approved a request for computer access so Trail, who is detained at the county jail in Wilber, can review the files.

Ben Murray had asked for TV or radio access for their client but withdrew the motion after he was granted computer access.

Trail is alone in his cell for 23 hours each day, Ben Murray said in a court motion, while other inmates not being segregated are free to leave their cells from 7 a.m. to 10 p.m. daily.

They can watch TV, use the library or go to the multi-purpose room for recreation, he said.

But concerns for and about the 52-year-old prompted jail staff to put the accused killer in segregation, Murray said.

There's concern Trail — who has access to a "voluminous" amount of investigative documents turned over to his defense attorneys in the case — could try to communicate with Boswell, Murray said.

"And that as a result of the notoriety in this case along with specific threats (Trail) has received from other inmates, he believes that his safety will be at risk in general population," Ben Murray said.

Trail and Boswell have both been detained in the jail since their apprehension in Missouri in late November.

Since his arrest, Trail has spoken about his contact with Loofe and Boswell in several interviews to news reporters in the area.

The computer won't have access to the Internet, the Murrays said after court.

Boswell's case hasn't been set for trial, and her attorney is challenging the constitutionality of Nebraska's death penalty.

State prosecutors are seeking the death penalty for Aubrey Trail, one of two people accused of slaying and dismembering Lincoln clerk Sydney L…

'There is no one who wants a trial more than Aubrey Trail,' defense attorney says

WILBER — Aubrey Trail has pleaded not guilty to charges of first-degree murder and unlawful disposal of human remains in the death of Sydney Loofe.

State prosecutors are seeking the death penalty for murder suspect Bailey Boswell in the killing of Sydney Loofe, according to court documents.

Jorge Alberto Sainz Navarrete was sentenced to life in prison Thursday, after being convicted in June of conspiracy to distribute 500 grams or…

Police suspect the convenience store clerk who reported a robbery at a Super C in April lied and was in on a plot to steal from the business, …

A Lincoln man's conviction, under a city code that bars him from possessing a firearm because he's been found guilty of contributing to the de…

A 22-year-old Crete woman has been identified as the person who died when her SUV crashed on Interstate 80 early Sunday west of downtown Lincoln.

Pedestrian killed on I-80 near Greenwood early Sunday

One person is dead after they walked onto Interstate 80 and were struck by a westbound vehicle early Sunday morning, according to the Cass Cou…

OMAHA — Authorities say a man paroled in June is suspected of killing an Omaha woman and dumping her body in a ravine near Fremont.

WILBER — A judge has ruled that Aubrey Trail is mentally fit to stand trial in the murder of 24-year-old Lincoln woman Sydney Loofe.