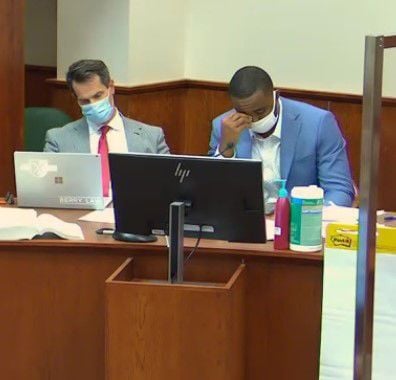 At one point during his accuser's tearful testimony Friday, Katerian LeGrone appeared to wipe away tears with tissues.

Katerian LeGrone's accuser took the witness stand Friday to tearfully describe how she went from Snapchatting friends about going over to hang out with Andre Hunt the Sunday before UNL classes started in the fall of 2019 to praying in her head for LeGrone to stop.

"Did Mr. LeGrone have sex with you for 15 minutes?" LeGrone's attorney, Mallory Hughes, asked her.

"He raped me for 15 minutes," the University of Nebraska-Lincoln student said, in just more than a whisper, about the former Husker football player now on trial for first-degree sexual assault.

Hughes asked her to tell everything she did or said to try to get him to stop.

"I prayed," she answered.

She was 19 and starting her sophomore year on Aug. 25, 2019, when she went over to the apartment on West Charleston Street where Hunt and LeGrone lived, despite Hunt saying in a message he wanted to have sex and her saying she didn't want to.

She told him she wasn't that kind of girl. She didn't know him. But she said she decided to go after he said they could just hang out and watch TV.

Then, when she got there, Hunt led her straight to his bedroom. After hanging out for a bit, he started touching her and asked for oral sex. She says he pushed her head down.

She said when he started to have sex with her, she stopped him and said if he was "going to do that to me" to get a condom.

At some point, she saw Hunt's roommate, LeGrone, peek his head in the door. Then, she said, she saw LeGrone come in the room, trying to hide behind Hunt. She said she felt them switch off as she faced away from them.

But she said she didn't know for sure until she saw the darker complexion of LeGrone's arm compared to Hunt's.

"Is it fair to say that you went over there and got in over your head and didn't like it but just didn't say anything at the time?" Hughes asked.

"No," she answered, her voice breaking.

"You didn't say anything," Hughes said.

"And the fact is, as we sit here today, you don't know what would've happened if you had just said 'Stop'," the attorney said.

"But you don't know what could've happened," his accuser said. "I was scared. So I was doing what I thought was right for me and my safety."

Later Friday, Hunt took the stand, as part of a plea deal where his first-degree sex assault charge will be reduced to two misdemeanors: accessory to attempted false imprisonment and false information.

The 21-year-old former NU football player, who has since returned home to Los Angeles, said after he and the woman had sex, he went into the bathroom to make a call. When he came back, LeGrone was having sex with her.

Despite telling police previously that LeGrone had asked to join in, he said that didn't happen. But he wasn't exactly surprised. They'd had previous threesomes. Some planned, some not.

And he didn't mind. He had a girlfriend.

Hunt said he saw absolutely nothing to indicate that the woman didn't want to have sex —  with him or LeGrone. She never said "No" or "Don't" or tell him to stop. She didn't struggle or cry. She didn't appear to be "frozen," he said.

The trial is expected to resume Monday morning.

The card scanners, which are used to grant access to the building, were damaged between 10 p.m. and 6:52 a.m., according to the Lincoln Police Department.

An inmate at the Lincoln Correction Center was sent to the hospital Saturday night after being assaulted by his cell mate, according to the Nebraska Department of Correctional Services.

Tips about child exploitation are up in Nebraska

“It’s tough to point to the pandemic as the specific cause, but internet safety has been top of mind for a lot of people in the last year,” said Capt. Jason Scott of the State Patrol.

Katerian LeGrone put his hands to his face after the verdict was read, seemingly relieved. Later, he said he's been working hard and hopes to go back to college and to playing football soon. "I feel like I'm a better person today, I'm a better man."

At one point during his accuser's tearful testimony Friday, Katerian LeGrone appeared to wipe away tears with tissues. 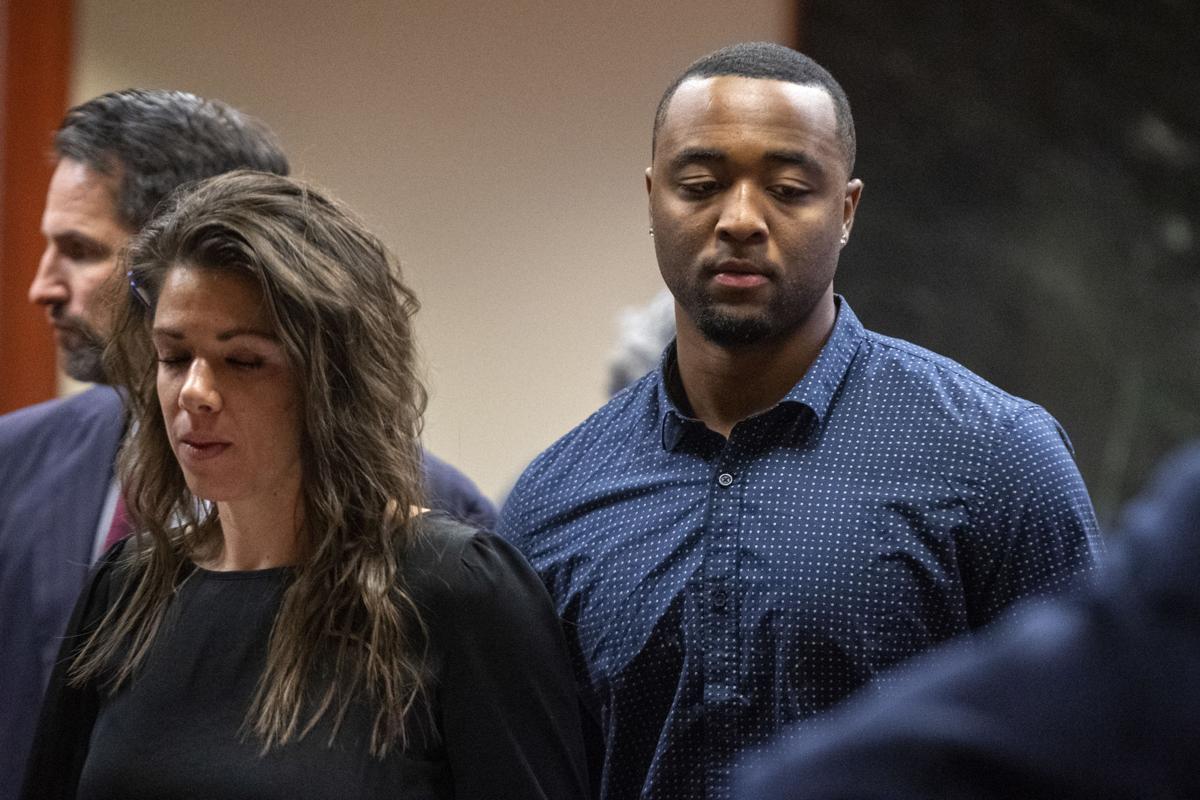 Former Nebraska football player Katerian LeGrone (right) walks out the courtroom with attorneys John Berry and Mallory Hughes after an appearance at Lancaster County Hall of Justice in January 2020.