Subscribe
Read Today's E-Edition
Share This
Couple deals with infertility: 'It’s OK to be angry that your friend got pregnant, it doesn’t mean you aren’t happy for them'
0 Comments
Share this
1 of 2 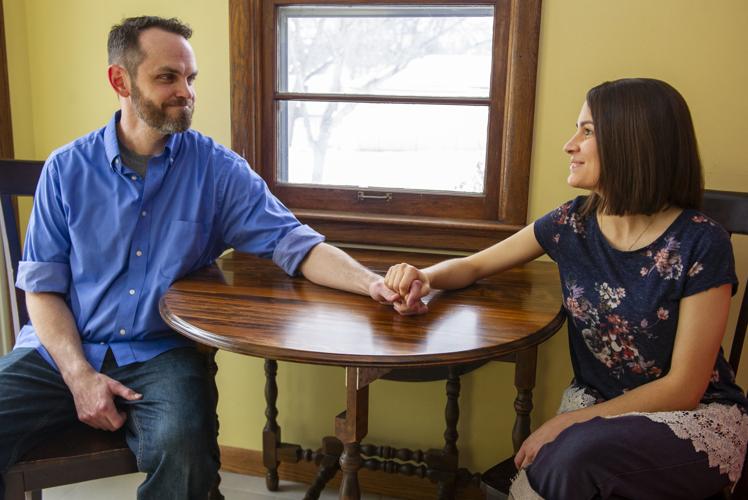 Katie Doud and Nick Harral are currently going through the process of adoption after dealing with infertility. 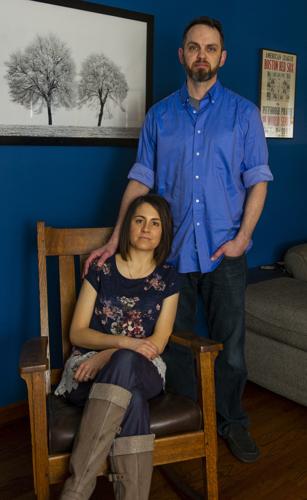 Katie Doud and Nick Harral met at the water fountain at the gym.

And they met again a few months later on Match.com, where they discovered they were, indeed, a match.

The Lincoln couple aren’t parents yet, but for the past six months their photos have filled a Shutterfly book that tells birth moms who they are. We are Nick and Katie. We love each other “to the moon and back.” We have a loving black lab named Cash and a cuddly cat named Charlie. We have so strongly desired a family but have struggled with infertility ...

Katie and Nick want to share their story, so maybe other couples struggling to conceive won’t feel so alone.

“We found out there’s not a ton of resources,” Katie said. “Not any support groups, really. More couples go through it than you know and people don’t talk about it.”

Katie is a psychologist; Nick works at the Food Bank of Lincoln. She’s petite with dark hair; he’s tall with a scruffy beard. He’s a musician; she’s a reader. He makes up silly songs to make her laugh; she tells jokes to turn the tables.

They both love trips to the mountains and long walks with Cash and having their nieces over for sleepovers.

They both want a baby. Those first six months of trying to conceive, they just figured these things take time. But after a year, Katie and Nick started seeing a fertility specialist in Omaha. And then a second specialist.

Katie got pregnant following one of three IUI treatments (Intrauterine Insemination), but miscarried after four weeks. When they stopped the treatment, doctors told Katie she had only the smallest chance of conceiving — 1 to 5 percent — but within a few months she was pregnant.

The couple was over the moon.

Nine weeks into the pregnancy, at their first doctor’s appointment, they couldn’t hear a heartbeat.

Katie got pregnant a third time and miscarried early in the first trimester.

The medical component was physically exhausting — genetic testing and injections and blood draws and ultrasounds and trips to Omaha for procedures — and the outcomes were devastating.

“You see them and you try to be happy,” Katie says. “But I’d come home and immediately cry. It took so much out of me.”

So much is wrapped up in the hopes and dreams of parenthood, says Quinn Lawton, a Lincoln-based licensed mental health provider.

“One of the most common questions asked of couples is, ‘When are you having kids?’” Lawton says. “But that’s a very, very difficult question for people who are experiencing infertility.”

The stress of infertility is multi-layered, says Lawton, who has partnered with No Footprint Too Small to host retreats for couples dealing with infertility and infant loss.

When they say things like: You better get busy, you’re running out of time.

Or: Just relax and it will happen.

Or: Sorry about your miscarriage, you can try again.

“It seems like everybody has kids and it just seems so easy for people,” Katie says. “And people don’t know what to say to you so they start avoiding you.”

And you start avoiding people, too.

“There are definitely triggers,” Lawton says. “Baby showers, pregnancy announcement parties, being around lots of children.”

Those feelings are normal for couples, Lawton says.

“It’s OK to be upset. It’s OK to be angry that your friend got pregnant, it doesn’t mean you aren’t happy for them.”

Katie and Nick attended one of the workshops led by Lawton at Take Flight Farms, where equine therapy was part of the day.

“I can’t tell you how nice it was to talk to couples who understood what we were experiencing,” Nick says. “You don’t have to explain. They get it.

“As soon as we started talking about it more, we found more people who were going through it, too.”

It’s been more than a year since Nick and Katie initiated the adoption process.

They sat through hours-long interviews and home studies, answered probing questions about their personal lives. They told their story in a picture book.

We are excited to grow our family through adoption ...

“It’s sort of a roller coaster,” Katie says. “I get really hopeful. I check my email a lot.”

In the past three years, Nick and Katie have learned they grieve very differently. They’ve gone to counseling to learn how to navigate this unexpected journey.

“One of the greatest things is we know each other better than we ever had,” Nick says. "We learned things about each other because we had to talk about all of this crazy stuff.”

So they’re talking about it to a wider audience. They know talking about infertility can be uncomfortable for them and for people who care about them.

“What I came to, is if you don’t know what to say, that’s all right. Maybe just say that,” Nick says. “Or let’s just get together and be together.”

Or: “We’re thinking about you guys.”

Carolyn Butler is the CEO of the dream.

A preacher in an apron, Lincoln restaurant owner partners with customers to provide meals for needy

She uses clothespins to hang the tickets.

Last week, Martha Shulski was talking about what she knows best.

The honors began stacking up soon after the book’s publication.

Woman dedicated to keeping Nebraska beautiful in lots of ways

It was Jane Polson’s job to keep Nebraska beautiful.

Nearly two years after the sister and brother arrived at their Lincoln home, a family is made official, but not without bumps in the road.

Rent prices continue to soar across the United States

Rent prices continue to soar across the United States

Katie Doud and Nick Harral are currently going through the process of adoption after dealing with infertility.