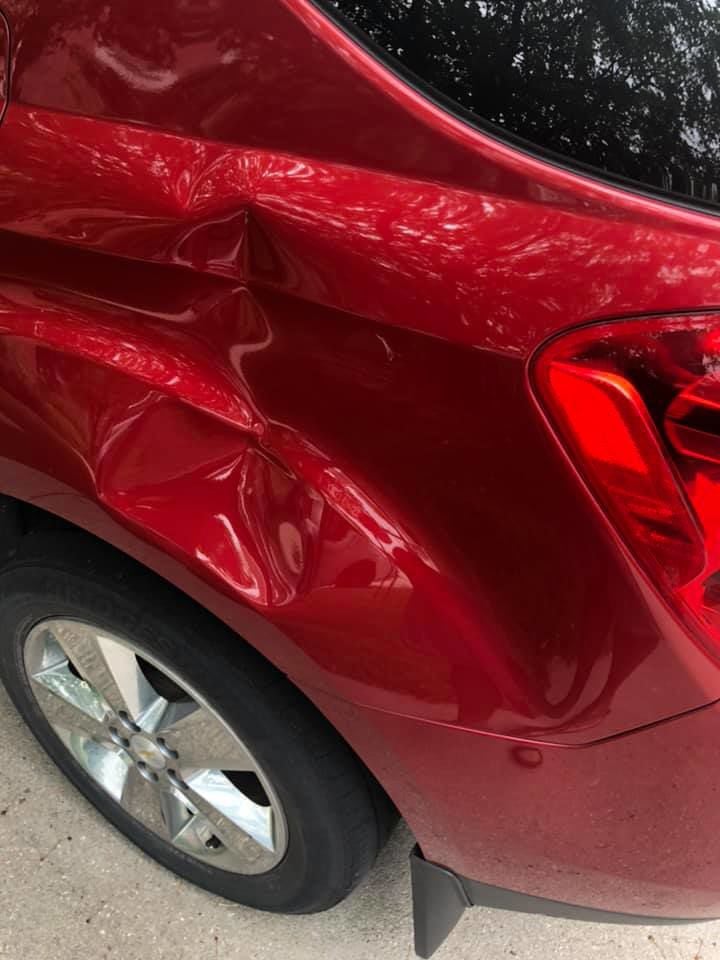 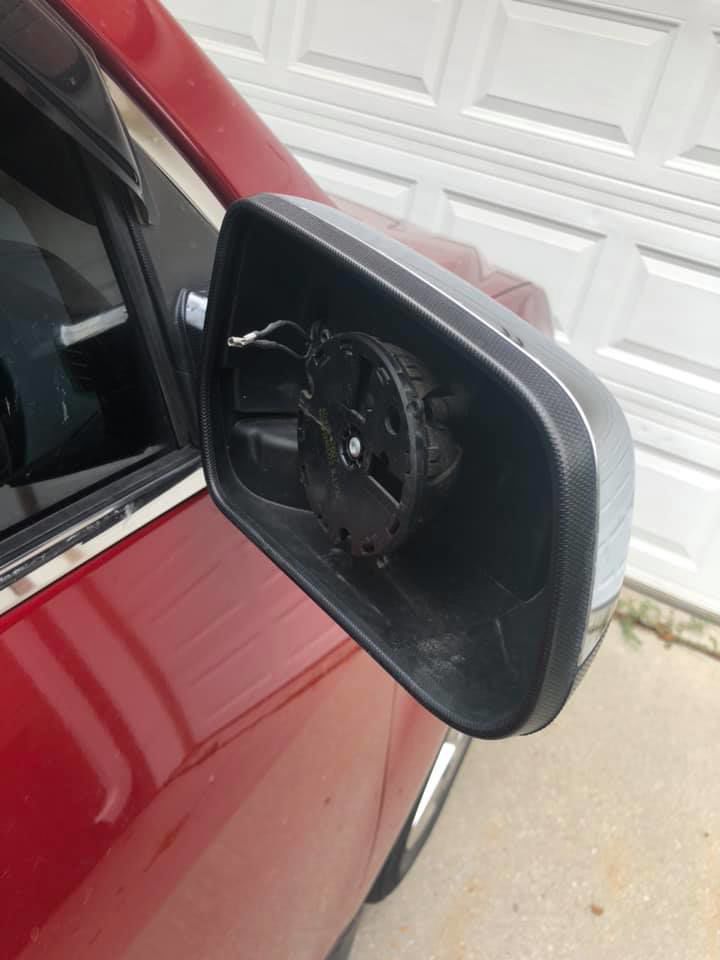 The photos of a dented wheel well, a broken passenger-side mirror and a crack above the driver-side window have been seen by thousands of people on social media.

How the 2013 Chevrolet Equinox got that way — a late night Lyft call that Jeremy Williams said turned into a "racist" confrontation — left the fourth-grade teacher "saddened and heartbroken."

But the response of friends and family, as well as the community has lifted up the Lincoln Public Schools teacher.

"Lincoln is amazing," said Williams in a phone interview Thursday. "To have the community get behind me and tell me that while, yes, bad things happen, that this is a community that accepts everyone has meant everything to me."

Late last Friday night, the Zeman Elementary teacher pulled into a cul-de-sac near 70th and Leighton for another fare in what had become a yearlong moonlighting gig.

Williams waited for his passenger. Three minutes went by, then four, and five. It was unusual, but not unheard of, he said, reasoning that the passenger had got caught up saying goodbyes.

As the minutes ticked away, however, a pickup sped into the cul-de-sac "super aggressive," Williams said, coming to a stop behind him before pulling forward to park alongside his SUV.

A teenager jumped out of the truck and approached him, asking "What are you doing here?" Williams told the youth he was a Lyft driver, waiting for a passenger, but when he gave the name of the rider, the teenager told him no one by that name lived in the cul-de-sac.

"You don't look like you belong in this neighborhood," Williams said the teenager told him.

Williams, who is black, said he didn't take the teenager's words to be referring to his glasses, his LPS shirt, or his red vehicle. He understood the young man, who was white, to be addressing the color of his skin.

Suddenly, the teen hit his car, startling Williams, who reacted by rolling up his window and performing a U-turn to park on the other side of the cul-de-sac, hoping that by creating some distance, the situation would de-escalate.

It didn't, he said. Instead, more people emerged from the truck and approached his vehicle. They started tapping on his window, and as Williams began inching forward, attempting to signal his intention to leave, the group of teenagers started kicking his SUV.

Williams called 911, and when he saw an opening, drove away, following the dispatcher's instruction to meet with an officer at a gas station a short distance away.

Although shaken, Williams was unhurt. He relayed as much information as he could to the officer.

Police later interviewed seven people who were in the cul-de-sac, some directly involved in the confrontation, as well as witnesses and others, said Officer Angela Sands, each of them between 16 and 17 years old.

While the teenagers told police they were reacting to Williams, he disputes that characterization, saying the only action he took was his attempt to distance himself from the group that was confronting him.

Lincoln police will continue to investigate the incident, Sands said, reviewing surveillance video from the cul-de-sac that may have captured the confrontation on video.

Sands said the police hope to reach a resolution in the case by next week. No citations have been issued, but it's possible some could, she said.

Williams said he was encouraged to share what had happened by a colleague who told him it was a powerful story that all could learn from.

"She told me, 'You should say something and shine a light on this,'" he said.

He did, and by Thursday evening, more than 430 family, friends, co-workers and total strangers had commented on the post, even some from beyond Nebraska's borders.

"I'm appalled that this has happened, this is just unbelievably sad," one reads. "No one deserves to be treated this way."

"I don't know you personally but I appreciate you sharing your story," another said. "I'm sorry this continues to happen. It's not OK."

A colleague and another LPS teacher who live in the Kahoa Elementary area where Williams was confronted started a GoFundMe page to help pay for the repairs on his car on behalf of the neighborhood, over his objections.

Their goal was to raise $1,500 to cover his insurance deductible and provide him with a rental vehicle while his SUV is getting fixed.

Nearly 70 people had donated to the campaign two days after it launched, raising more than $1,800 so far. Williams said whatever money is collected over the goal will be donated to a local charity.

"I knew friends and family would reach out, and maybe some teacher friends in the community," Williams said. "I didn't expect Lincoln to get behind me the way that they have."

Lincoln police investigating the assault on a teenage girl last week as a possible hate crime are reviewing video evidence.

The city expects its parking garages to suffer several broken arms a year.

An assault in Lincoln of a Muslim woman, being investigated as a hate crime, brought the ire this week of at least three Nebraska senators — L…

The three-alarm blaze Thursday at a southeast Lincoln house started in the laundry room and quickly tore through the open-floor-plan, ranch-st…

OMAHA — Omaha police say they've arrested a ride-share driver accused of sexually assaulting a woman to whom he gave a ride.

Authorities said that Antwon Williams, an inmate at Community Corrections Center-Lincoln, did not return to the facility Monday from his place… 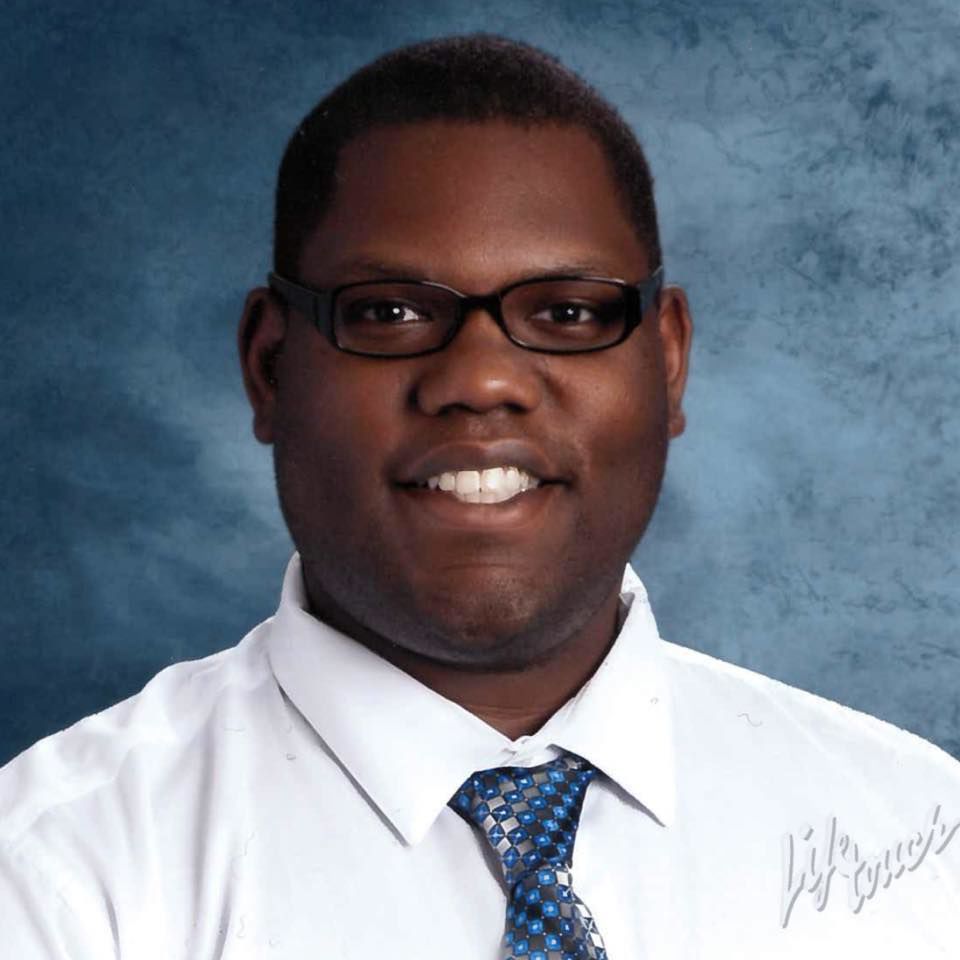