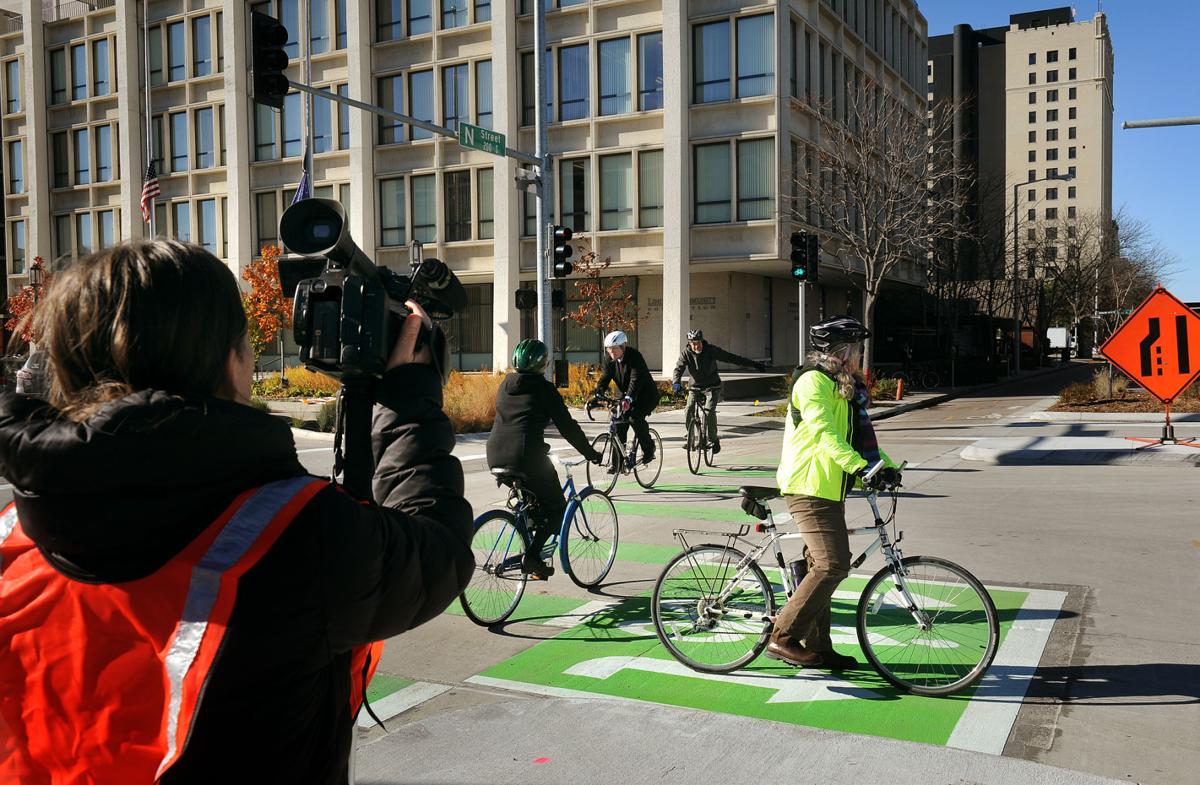 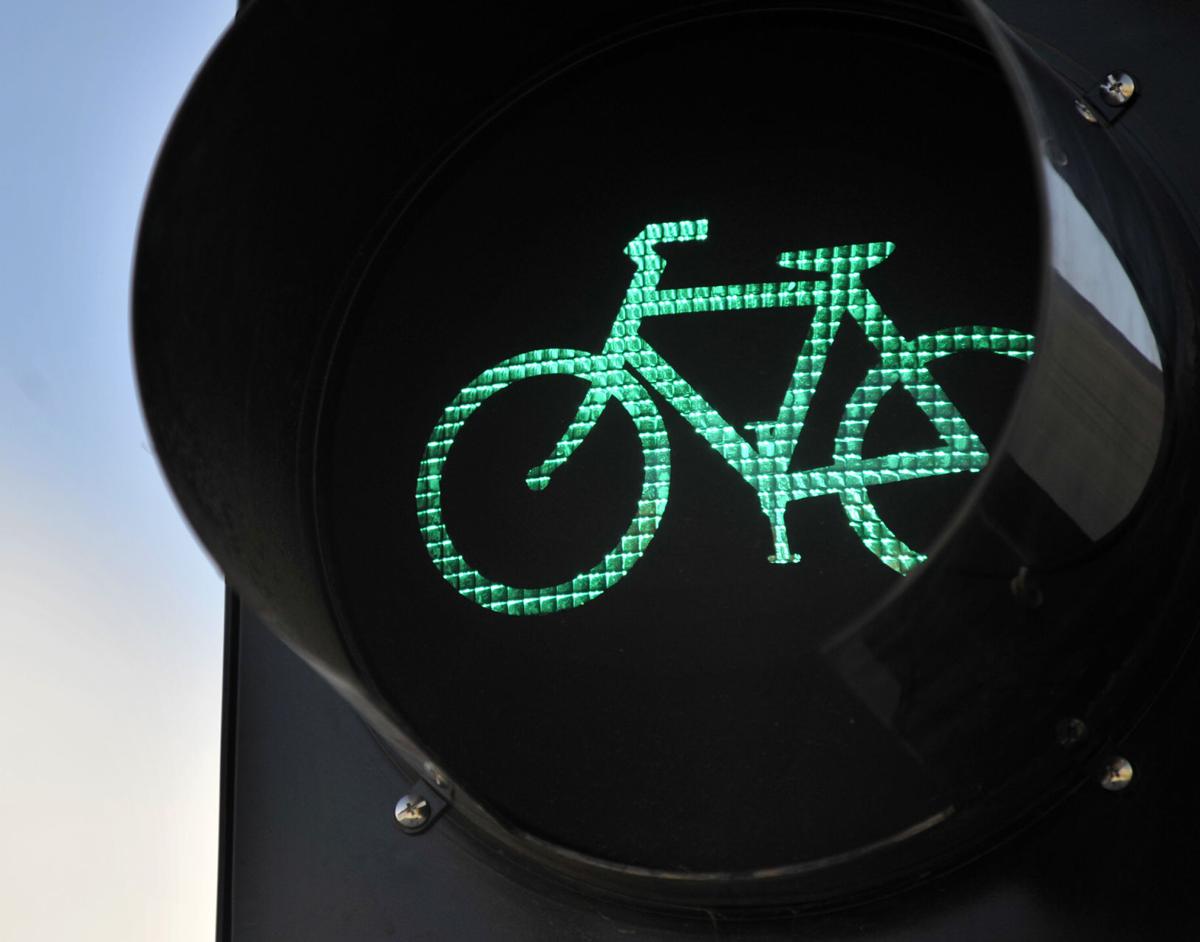 And that’s going to bring new confusion to N Street.

“This thing is moving along rather quickly,” Mayor Chris Beutler said Thursday, “so we want to be sure people are educated as best as they can.”

Which is why, a few days before the lane opens, the city launched a public education campaign -- with a website and instructional video -- to help cyclists, motorists and pedestrians understand the rules of the new lane and how it will change the way they travel downtown.

The N Street Cycle Track runs along the south side of N Street from Arena Drive to 23rd Street, connecting the West Haymarket area with the Antelope Valley trails. Unlike existing downtown bike lanes on 11th and 14th streets, the new lane is buffered from traffic by curbs, landscaped medians and on-street parking.

“The separation of bikes and motor vehicles provides an extra measure of safety, but it’s very important for the public to learn how to navigate this stretch of N Street,” the mayor said.

The new lane also has traditional traffic lights -- red, yellow and green -- specifically for cyclists, and sensors beneath the lanes to detect bikes.

It’s the first of its kind in Nebraska, and the only bike lane like it between Minneapolis and Denver.

The city’s 6-minute video makes it clear the lane is for bicyclists only -- no pedestrians, skateboards, hover boards, Segways, mopeds or roller skaters and bladers.

Also, motorists can’t drive in the lane, park in it or block it, even while loading or unloading. The video also outlines how cyclists should get on and off the lane, and how to use the green painted boxes to turn north across N Street.

“There will be rules,” the mayor said, asked if cyclists will be ticketed for running their red lights. “And everyone will have to follow the rules.”

Nancy Hicks: Look for the parking meters over yonder

The two-way bike path along N Street has been ranked No. 4 among the nation’s new bike lanes in 2015.

A pair of wrong-way turns early Thursday led to an estimated $15,000 in damage to the concrete barrier protecting the new N Street Cycle Track.

Construction on downtown protected bikeway to begin this week

Construction will begin this week on the city’s N Street protected bikeway.

It looks like the protected bike path planned for N Street is back on track.

City could do N Street bikeway for much less, councilman says