Lona and Steve Thompson are in the middle of the queue Saturday, out in the nose-numbing cold for 15 minutes, not quite close enough to read the “People Hate Us On YELP” sign on the front door of this small cafe strung with paper lanterns, hung with eclectic art, adorned with Mr. Potato Heads and plastic dinosaurs, and filled with the smells of simmering soups.

That’s because most of the line for what Grateful Bread is serving — soup and cinnamon rolls and scones and plate-sized cookies and hearty mac and cheese and vegan pizza — is snaking around the tables inside the diner on South 17th Street.

Is there a limit to how long the soup-starved couple will wait?

“Once we’ve invested this much time, we’re not going,” says Lona, who is determined to get a bowl of Santa Fe chowder, her favorite on the randomly rotating menu.

Grateful Bread, Freakbeat Vegetarian, the Place-With-The-Funky-Vibe, that Soup Cult, the Land-of-the-Endless-Line, whatever you want to call it, lives by its own rules.

Cinnamon rolls run out — ditto the chocolate chip cookie you’ve been craving, and that Gouda macaroni and cheese.

The doors might stay locked. (Taking a long weekend! It’s summer; see you in September! It’s our anniversary!)

Always, there will be one soup server, one cash register, cash or checks only. Plastic Lovers, beware.

At the back of the line, Laurel Marlatt shrugs.

“That’s the way it is. Everyone knows that, and they accept that and they come back anyway.”

Think of your friends and their quirks, she says. “You know you’re not going to change them.”

Laurel lived around the corner from Grateful Bread when she was in college. Now her oldest son is a University of Nebraska-Lincoln student, and she and her husband, Rob, live an hour away.

She still misses the bleu cheese baguettes from the days Grateful Bread was just that — a bakery.

But she’s adapted. Today, like Lona 10 spots in front of her, she wants the Santa Fe chowder.

“Twice, I’ve been next in line, and they sold the last bowl.”

It’s still early. She has hope.

Cate and Mark Flotree opened their bakery doors in April 1998.

Cate learned to bake for a crowd at Open Harvest before opening a commercial kitchen in their old house, selling her bread and those cinnamon rolls — topped with the world’s best frosting — at farmers markets, grocery stores and coffee shops.

“Then this place fell in our lap.”

One day, the couple were driving down 17th Street and saw a sign in the window, just across from Russ’s Market.

They transformed the old doughnut shop, ripping out brown carpet and painting the walls and pounding nails for their collection of art and bric-a-brac from years of scouring thrift stores.

Over time, they phased out bread, added soup and cheese scones, mac and cheese, soul bowls. Eventually, the cinnamon rolls were resurrected. (Praise the Lord.)

“It’s the best restaurant in Lincoln,” says Mark Selzer, who has made his way inside to wait Saturday, along with Aiko Sato and Chuong Nguyen, who is visiting from California.

“I think Jerry Garcia faked his death and opened this place,” Chuong jokes.

When Mark moved to Lincoln four years ago, he had a similar thought. “How could something like this exist here?”

In California, sure, he says. “Or that place in Arizona with all the crystals.”

Far from Sedona — but just down the street from the crystals at Bodhi Imports — the trio have their eyes on two kinds of mac and cheese, creamy broccoli soup, a bowl of Moroccan tomato and probably a cookie or two.

A few spots ahead, Liz Pearson is waiting patiently to order. “When I come here, I plan for it.”

She’s picking up a piece of pizza for lunch and broccoli soup for lunch on Sunday and a cheese scone for her daughter.

She nods to the man in front of her, Nate Wagner, whom she knows because they’ve been standing heel-to-toe for 45 minutes.

Nate is ready to order for his family, and he’s made a phone call home already. That noon engagement? They’ll be late.

At the far end of the line, Mark and Tamara Arneson peer in the bakery case; Mark fantasizes about a “soup flight” or a “soup sampler.”

The “fantastic food” and ambiance makes the wait worth it, the couple says.

“The fun paintings, the toys, the music,” Mark says. “The whole experience is something we enjoy.”

Tamara has her eye on the creamy broccoli soup, although her husband wasn’t ready to commit “until I’m standing at the cash register and the pressure is on.”

While the line grows, Cate and Mark appear from the kitchen, filling up soup pots and trays of scones.

Cate works 16-hour days when the restaurant is open. She starts baking before midnight and heads home after the doors close at 3 p.m.

They usually close for the summer. And after years of being open Thursday through Sunday, they’ve shaved off a day.

“When we opened in the fall, the lines were insane; things have kind of calmed down.”

Maybe they’ll go back to a four-day week, she says.

But this is how they roll.

For years, their unflappable music-loving son, Cheyenne, served soup and played LPs. When the record was over, he’d finish filling a bowl, carefully return the record to its sleeve, pick out a replacement, set the needle, while a line of hungry customers stretched out the door.

“It used to infuriate some people,” his mom says. “People who have that mentality, they freak out. But we’ve been here so long, people know what to expect.”

It was Cate’s idea to put up the People Hate Us On YELP sticker.

Truth is, most people don't hate them on Yelp. Even most of the long-line moaners and the-out-of-soup complainers and weird-hours whiners and William S. from Portland who wrote, “Fix the slamming screen door. 10+ years and it hasn't gotten any more charming,” gave them five stars.

The Flotrees are grateful. They love what they do and they love that Lincoln loves it, too.

“I’m really excited,” Cate said Monday at home, surrounded by cookbooks and new ideas for the menu. “I think this is going to be a big year for us.”

12 places to eat and be seen in Lincoln

The Cult of Grateful Bread

Too hot for chocolate?

You could boil soup on the sidewalk, bake bread in your mailbox, cook a pizza on your patio and melt chocolate in a heartbeat in this heat.

Rutabagas is putting down roots in downtown Lincoln

Sara Brown will move her restaurant in March to a soon-to-be-announced downtown location.

When she heard her time was short, Lincoln woman held a party to say goodbye

When people die, they have a funeral and their friends and family gather to reminisce, Marsha Coffman said. She didn't want to miss that.

Phil Phillips had four lamps when he moved to Pemberly Place. He’s pushing 400 now, collecting them in Argene’s memory.

Dining Out: M&J's Southern Style Food, where the grits alone are worth the trip

When I was fresh out of high school in the early 1980s, my best buddy, Paul Nance, introduced me to grits during a road trip with stops in Myr…

This story is about nostalgia -- so many of us, packed so close together in the pursuit of good soup and scones. It gives me hope that those d… 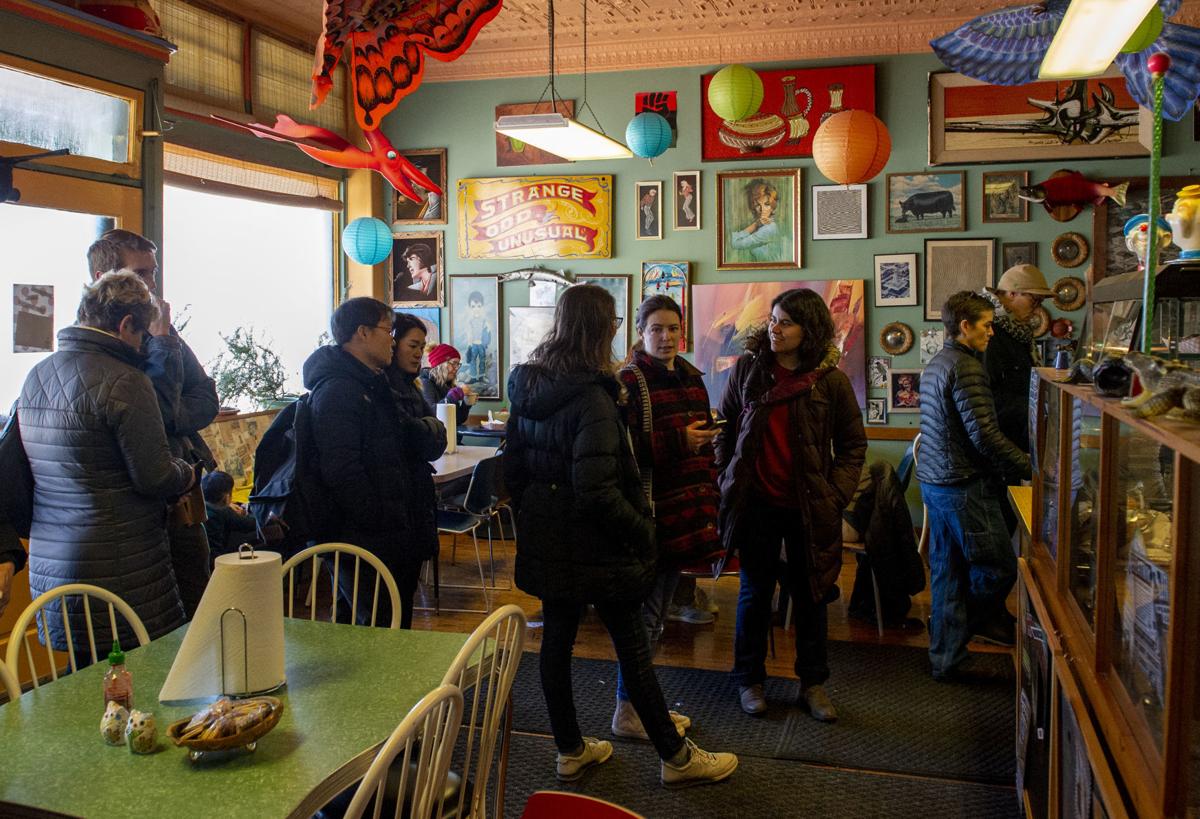 People wait in a line that runs throughout the restaurant to order food Saturday at Grateful Bread. 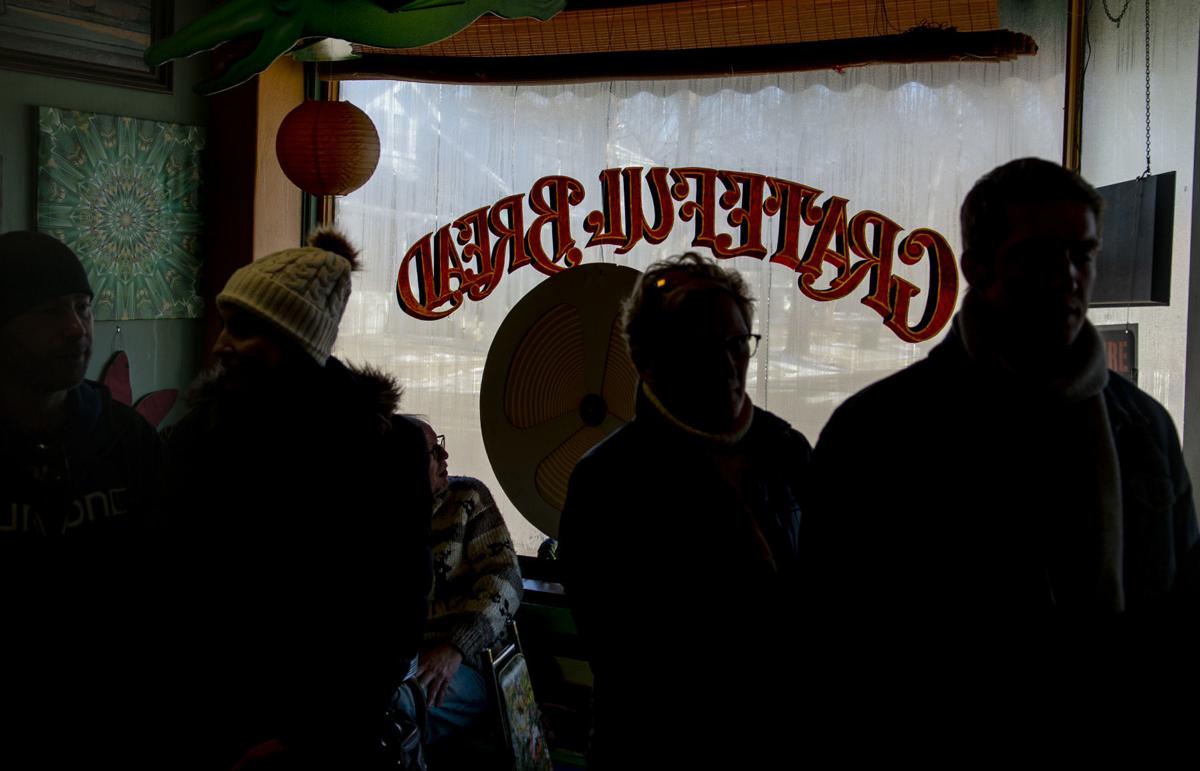 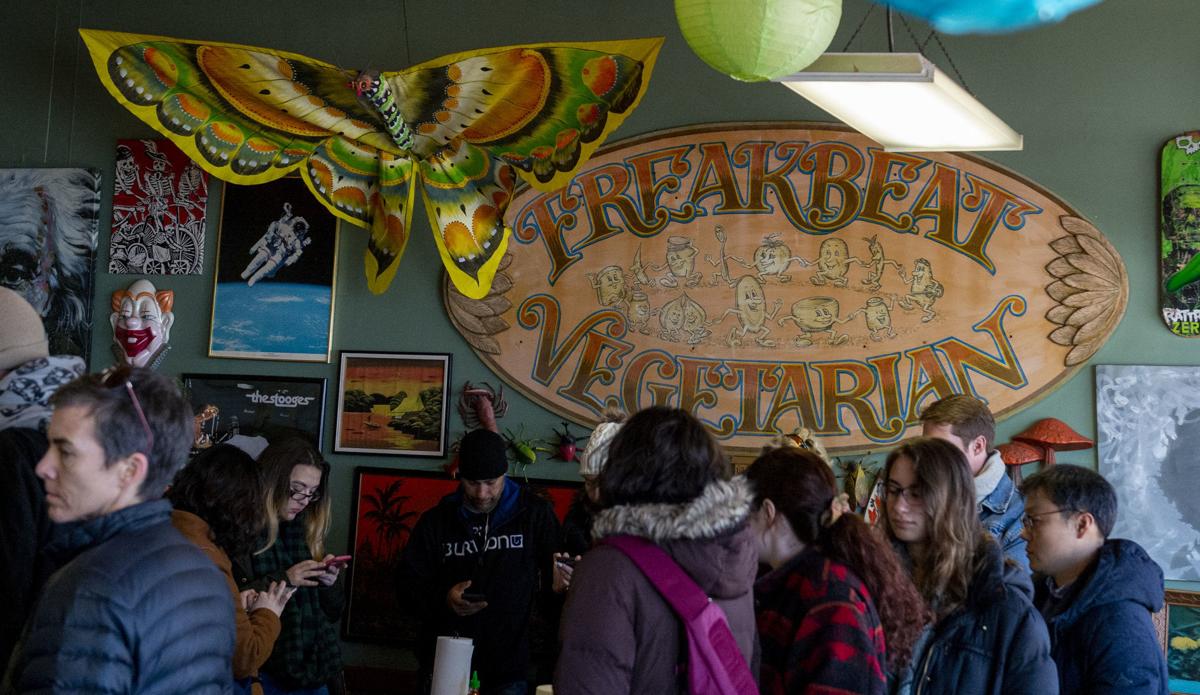 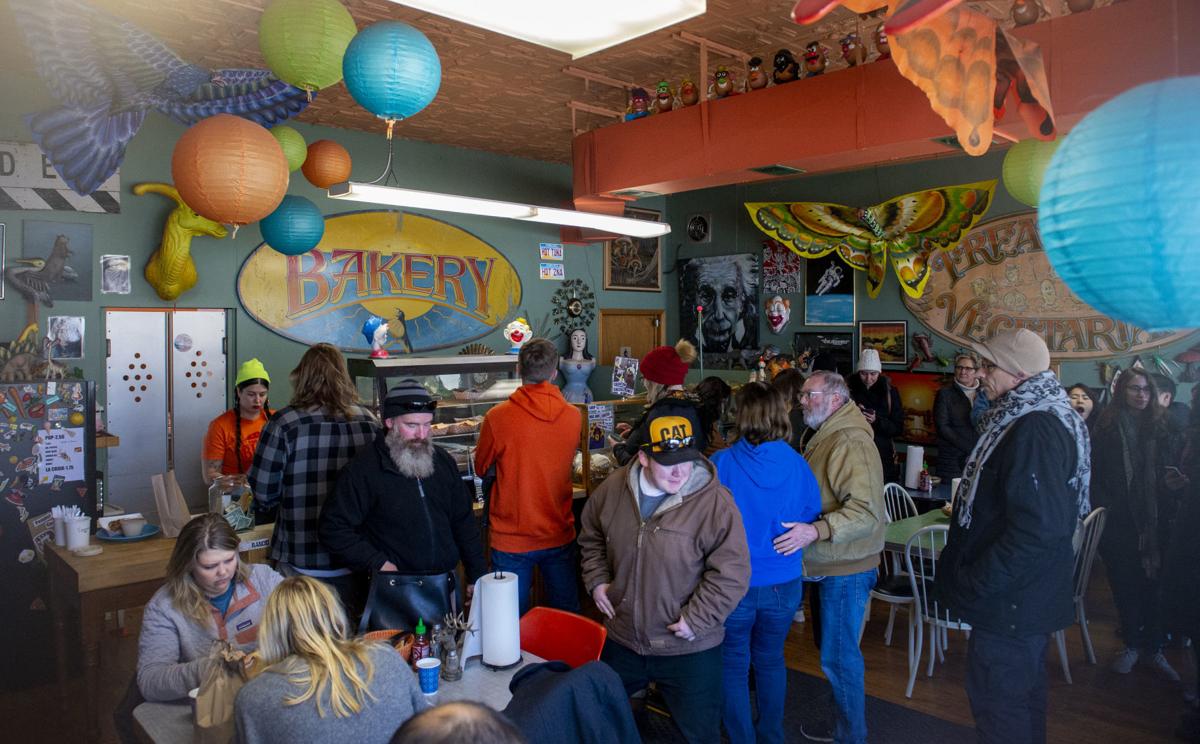 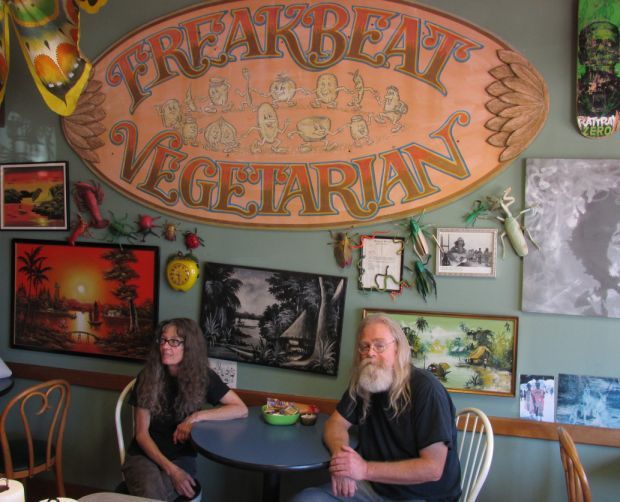